A special preview of Unreal Engine 5 has been unveiled.

Epic Games has just dropped some serious news about the latest in its Unreal Engine. First, there’s a preview of Unreal Engine 5 and a very clearly stated goal that this next-gen game engine is aimed at achieving “photorealism on par with movie CG and real life.”

The company has also announced a $1 million royalty exemption for Unreal Engine game developers, as well as launching Epic Online Services for all game developers.

The new tech in Unreal Engine 5 was revealed hand-in-hand with a real-time demo called Lumen in the Land of Nanite, running live on PlayStation 5. It demos UE5’s Nanite virtualized micropolygon geometry – “film-quality source art comprising hundreds of millions or billions of polygons can be imported directly into Unreal Engine— anything from ZBrush sculpts to photogrammetry scans to CAD data,” according to an Epic release.

It also demos Lumen, which Epic describes as “a fully dynamic global Illumination solution that immediately reacts to scene and light changes. The system renders diffuse interreflection with infinite bounces and indirect specular reflections in huge, detailed environments, at scales ranging from kilometers to millimeters.” 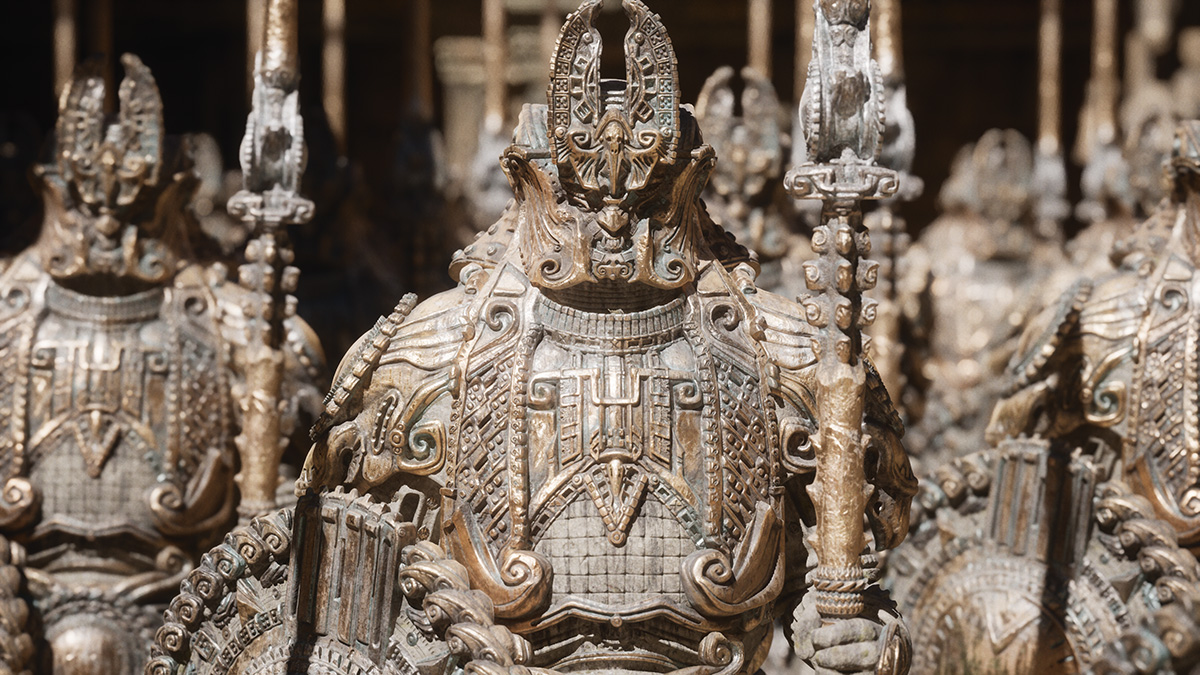 The idea is that you might want to change the sun angle for time of day, or turn on a flashlight or do some other kind of thing that changes lighting, and the indirect lighting in the scene will adapt accordingly. “Lumen erases the need to wait for lightmap bakes to finish and to author light map UVs,” Epic noted.

The two other big Epic announcements are that Unreal Engine royalties will be waived on first $1 million in game revenue, and the launch of Epic Online Services. These online services – friends, matchmaking, lobbies, achievements, leaderboards, and accounts – were built for Fortnite, and are not open to all developers for free in a multiplatform SDK.

You can find out more information in Epic’s blog post.