4.27 has just been released, and a big part of its offerings relate to in-camera VFX workflows.

A few weeks ago, Epic Games released a short demo scene made by filmmakers’ collective Bullitt using Unreal Engine 4.27 to showcase how the release could be used for particular in-camera visual effects solutions.

Well, 4.27 is now available, and with it comes a free sample project out of that Bullitt test piece for users to experiment with. It’s the same approach Epic has followed with other samples being made available, such as with the Weta Digital Meerkat short and the Aaron Sims early access UE5 ‘Valley of the Ancient’ project, among others. 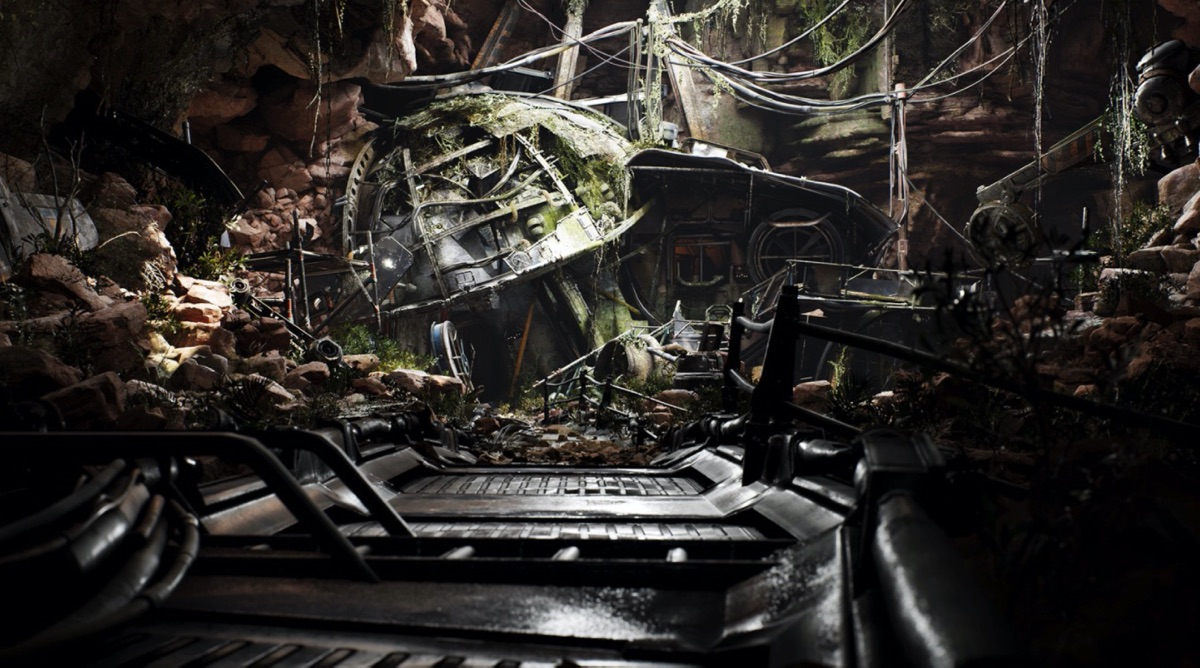 The idea of course, is giving users something to play with, as Epic Games Industry Manager, Film & Television Miles Perkins noted in a discussion befores & afters had with him on the eve of the launch of 4.27.

“Someone just might want to play or just be able to move a light card or whatever it is,” says Perkins. “They will see that in the sample project and exactly how it was laid out. [Being able to download those samples] really helps to be able to truly understand how the tools are used and how best to leverage those tools.

“Also, let’s say you do have a small stage, you can load that content onto your stage. And, just to make sure that you’re kind of apples to apples with everybody else—say we’re talking about OpenColorIO and your color pipeline—they can go, Okay, well here it’s been laid out. This is exactly how you use the tool. It takes a lot of the learning curve out of it.” 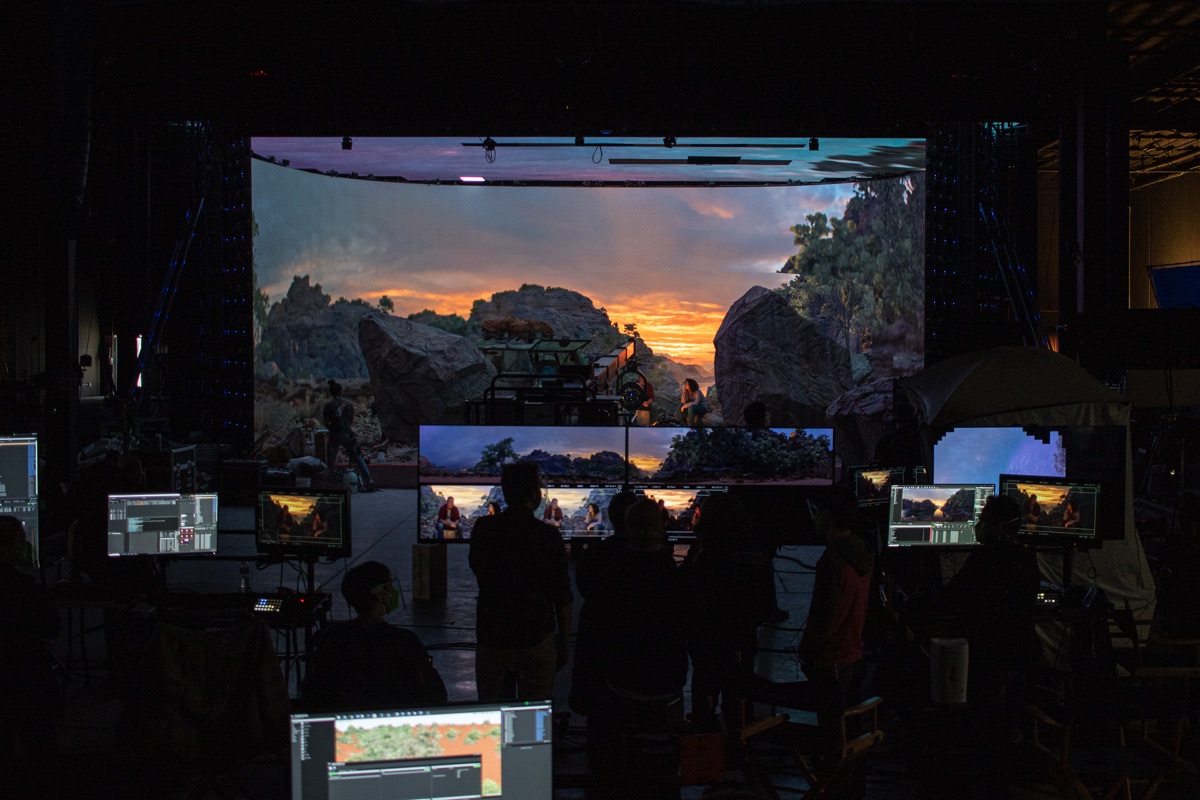 This Unreal Engine 4.27 release includes a number of new features that are of course wide than just in-camera VFX. There are improvements to GPU Lightmass for enhanced light baking, integration of the Oodle Compression Suite and Bink Video codecs for use in Unreal Engine, Pixel Streaming, OpenXR support and Datasmith upgrades.

Let’s dive directly into the in-camera VFX workflows and updates to light baking.

There’s a new 3D Config Editor in 4.27 that Epic notes will allow users to design their nDisplay setups for LED volumes or other multi-display rendering applications in an easier way. There’s multi-GPU support here now and support for OpenColorIO to nDisplay. The Unreal Engine Virtual Camera system has also been enhanced with improvements to Multi-User Editing. 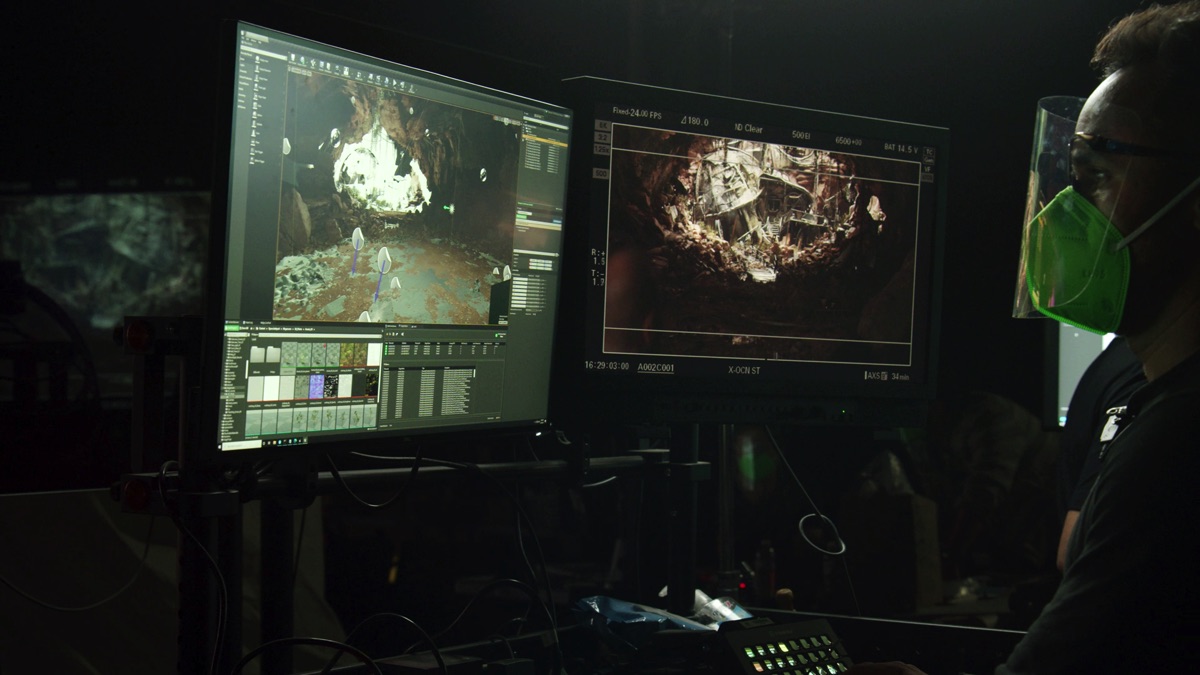 Then there’s the new iOS app, Live Link Vcam, that you can use to drive a Cine Camera in-engine using an iPad. Another notable addition is the ability to produce correct motion blur in traveling shots. Finally there’s the new Level Snapshots for saving the state of a given scene.

Now to light baking, which relates to the GPU Lightmass feature for pre-baking lighting. The idea here has been to pre-bake the lighting to reduce the time it takes to calculate, build, and generate lighting data for complex scenes, such as those requiring global illumination or soft shadows. 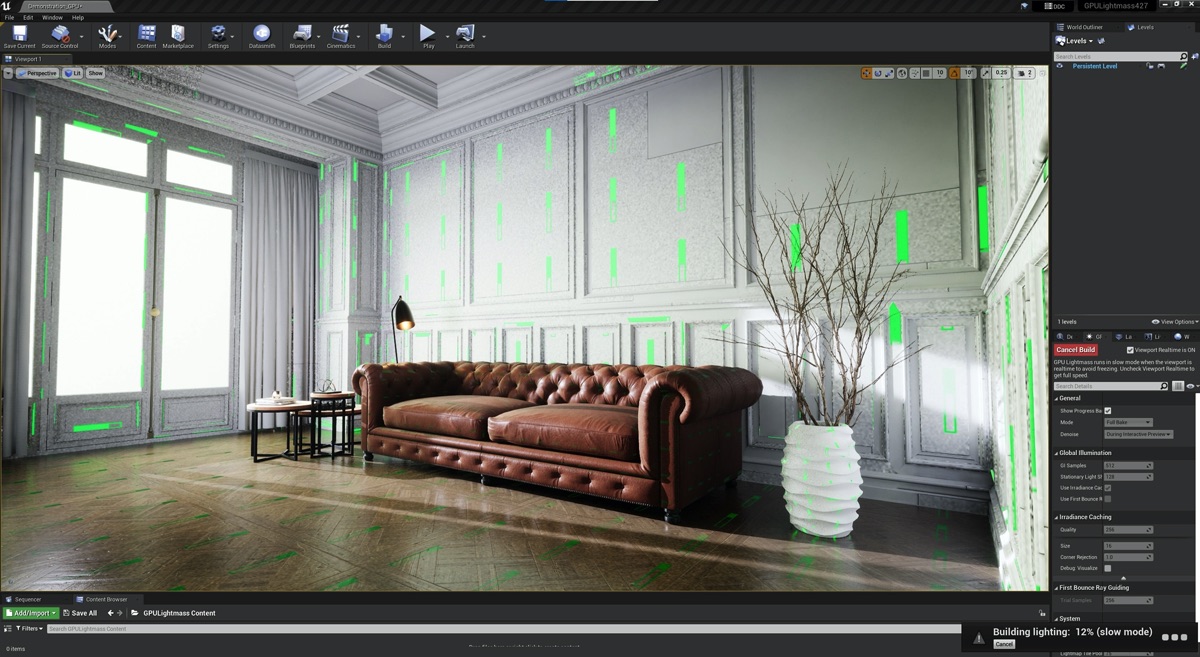 A release from Epic notes that “the system uses the GPU rather than CPU to progressively render pre-computed lightmaps, leveraging the latest ray tracing capabilities with DirectX 12 (DX12) and Microsoft’s DXR framework.” Again, the idea is to be able to set up and modify virtual set lighting as fast as possible