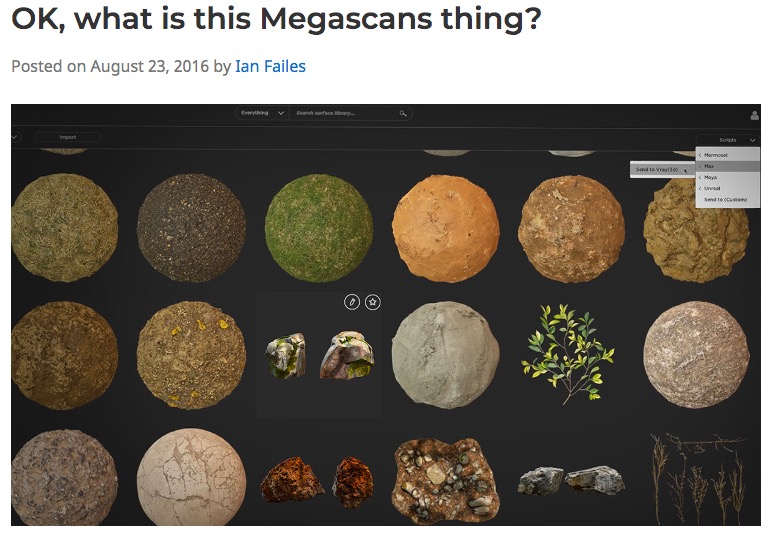 It’s come a long way since I interviewed them about their incredible tools.

One of the most read pieces I ever published at vfxblog (in fact, it is THE most read piece), was an interview I did with Quixel founder Teddy Bergsman about Megascans in 2016.

The tool had been used on The Jungle Book and was getting a lot of attention. Bergsman was nice enough to give me a bunch of detailed information about the – until then – relatively secret company.

Since then, Quixel’s Megascans has been used widely, and people have been doing incredible things with the photogrammetry asset library.

Quixel also been partnering with Epic Games’ Unreal Engine on many projects, including the fantastic Rebirth short and the virtual production demo that uses LED screens and digital environments to produce in-camera VFX.

Now Epic has bought Quixel, and is providing Quixel’s products (which include Megascans) free inside Unreal Engine. That’s huge.

For more information on how all this will work, check out Unreal and Quixel’s blog posts on the acquisition.