This week on the VFX Firsts podcast, I’m joined by MR. X lead FX artist Gus Sanchez-Perez to discuss the very first ocean simulation done for a feature film. There’s a couple of early candidates…hopefully we’ve identified the right one(s), but please feel free to chime in with a comment or email if you know any films earlier than the ones we discussed.

To listen to the podcast, check out Apple Podcasts or Spotify, or listen directly below. There’s also a whole bunch of spoilery show notes you can read underneath. Also, here’s the RSS feed.

Released in 1993, the Special Edition featured additional sequences cut from the 1989 release, including a tidal wave sequence started by ILM and then finished with the aid of multiple effects techniques. See Cinefex #55 for full details.

Cinesite relied on scientific simulation software called Arete RenderWorld to produce several ocean surfaces. Arete Image Software was a spin-off from the oceanographic research corporation, Arete Associates. Jerry Tessendorf, a pioneer in water simulation, was the creator of the RenderWorld software, and he shared this info with befores & afters about Waterworld. 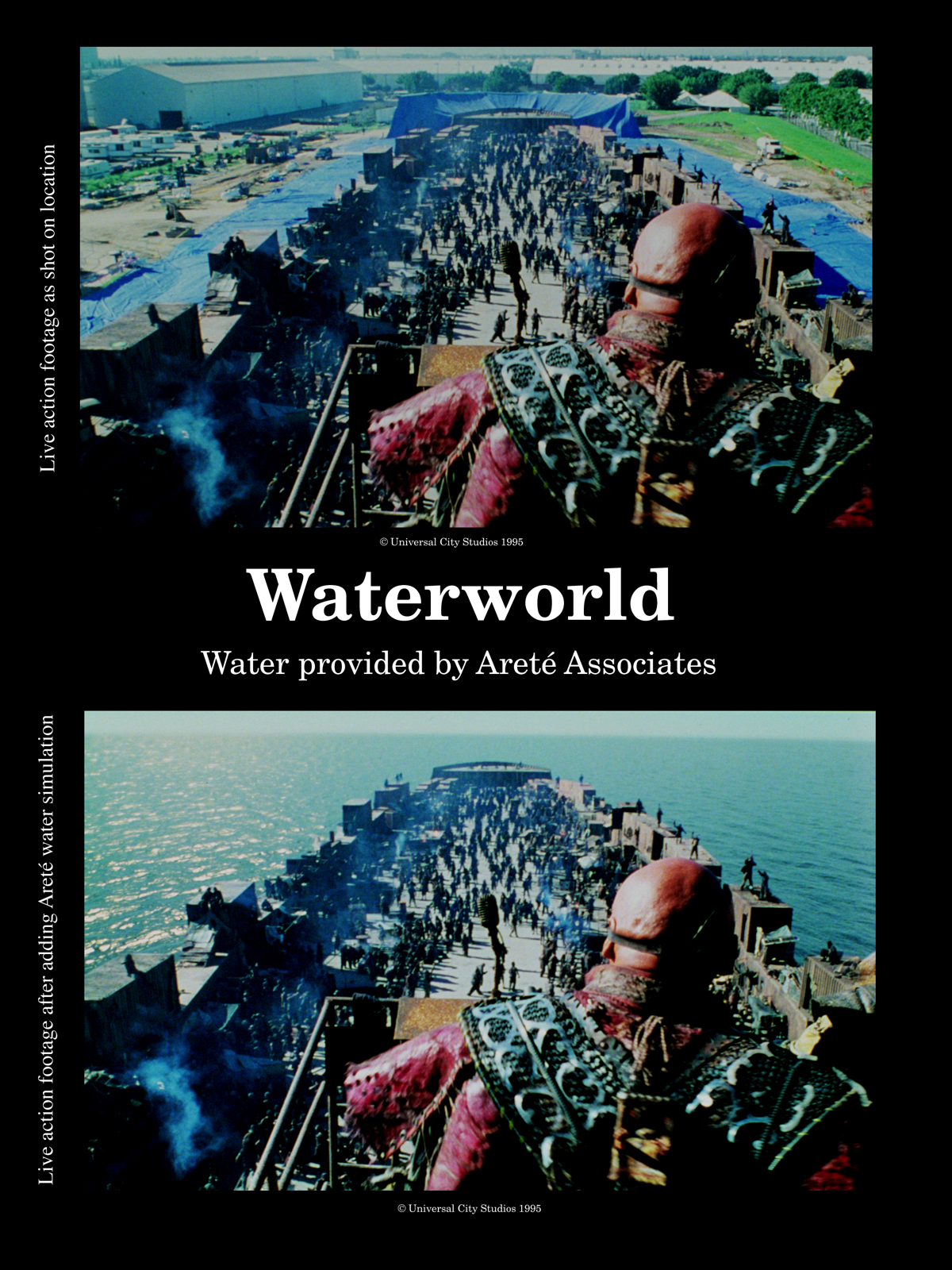 “I was the person at Arete in charge of building RenderWorld. Prior to meeting the people at Cinesite (Brad Kuhn, Rodney Iwashina, Derrick Spears, and others), RenderWorld did not exist in usable form. We did some demonstration tests with cinesite, using code designed around remote sensing applications (written in FORTRAN), which successfully convinced [VFX supervisor] Mike McAlister.

At that moment we quickly wrote the first version of RenderWorld to be more production-ready. Since Arete did not have sufficient compute capacity, we brought the software over to Cinesite, and I worked in the Cinesite facility for 4 months, running the software and learning about VFX.

For Waterworld, Cinesite purchased an 8 cpu machine dedicated to running our software, a monster of a machine at the time, and called it “stokes”. They did not want the blue sky that RenderWorld produced (they wanted to use a different sky) so we compiled a special version that omitted the sky. The executable for the water without sky was called “waternosky”. At one point someone at Cinesite asked me if it used Russian technology because “waternosky” sounded Russian.”

A Bifrost journey, at befores & afters