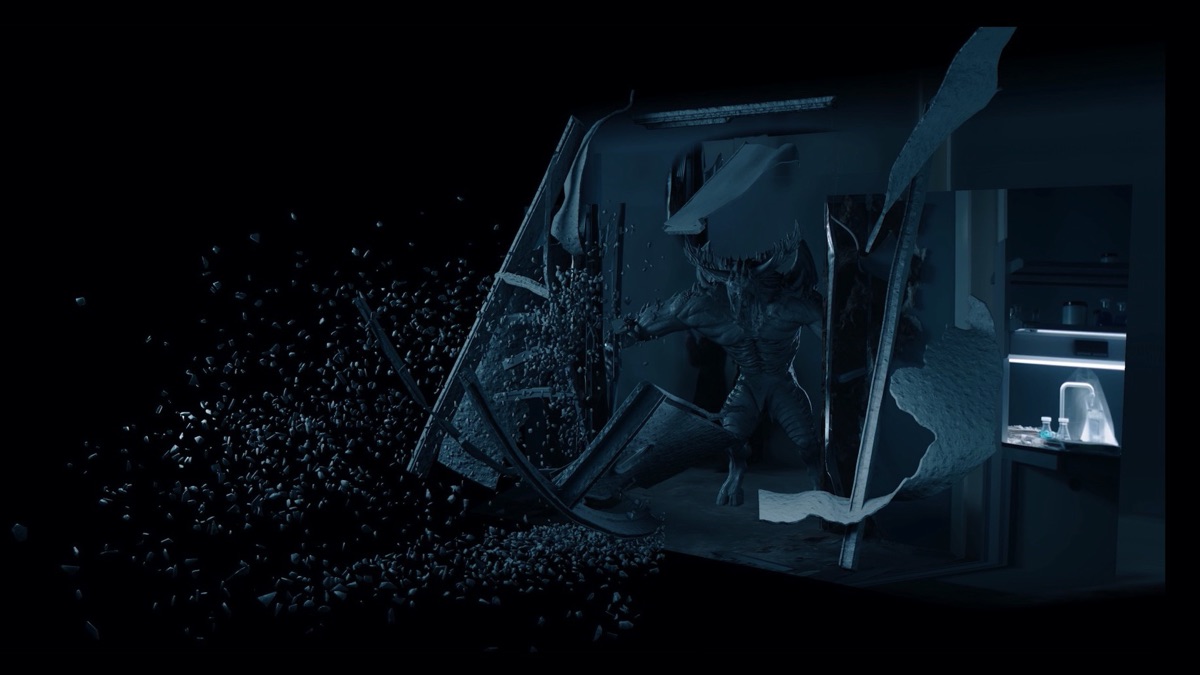 A visual look behind The Embassy’s key VFX shots for ‘Warrior Nun’.

Via this special set of video breakdowns, The Embassy visual effects supervisor Michael Blackbourn explores the key demon creatures featured in Netflix’s Warrior Nun, and the ‘phasing’ power in which characters pass through objects.

After an extensive concept phase we modeled and sculpted the character with direct oversight of the showrunner. Our asset supervisor was on set and could complete iterations quickly during breaks in shooting to get direct feedback from all the stakeholders. Once the 3D sculpt was complete it was a great challenge to bring his skin details to life with just the right level of metallic sheen while also crawling the surface with embers, ash and smoke.

The Tarask was all hand-keyframed either in empty plates or over a stand-in. The stand-in was only used for rough reference or to give weight to when the create had to contact other objects of actors in the same shot. He needed to feel very heavy and deliberate in his movements and the animators loved having the freedom to tell their version of the shot and set the creature in the scene.

We created a set of procedural systems in Houdini that could be run on any animation of the Tarask. In most cases that generics systems gave exactly the right levels of falling sparks and shedding ash and could be used as is, on a few key shots we dialed the settings to give a little more dramatic punch for emphasis.

When the Tarask phased in to our world we used a combination of 3D passes and a 2D disturbance effect in nuke to warm and bend the footage and create tendrils of refraction as he emerged. This was the same effect that the main actor of the series uses to teleport through objects and had to match.

The Tarask, minus the embers, ash, and smoke was a solid form. The Wraith very much was not. As a ghostly apparition of a character, he needed swirling red smoke and a sense of underlying structure of varying visibility with a sense of a skull like face. He ended up being created from layers of animated control surfaces that then had cloth like simulations ran on them that were used to generate a volume of mist. We had to do a lot of mist art direction and so we put a lot of time into creating a flexible and direct-able system to drive the sims.

The main actor needed a magical effect where she ‘came apart’ and ‘went through objects’. The main driver for the look was to turn her into a form of guided smoke, or grains and pass her through things. We added a sense of the halo, the artefact that she derives her power from, in the effect to remind viewers of the source of the energy. This was all handled as a 2D compositing effect in Nuke as it was one of the most prolific effects we had to complete and we needed to be able to turn those shots around quickly.

The phasing was usually shot in multiple passes with the actress in a before or after location which we then combined. In some cases the camera follows her through the effect and in those instances we had to merge plates of the background before and after. In the case of going through 20 feet of solid rock we needed to create an entire ‘inside’ structure of the rock from her point of view.

We created depth by paying close attention to the contact interface with the structure she was passing through to make sure the grains had the correct cross-section or volume of a person as she passed through. In most cases it was a multi layered effect with the glowing halo sandwiched between layers and then revealing a clean plate to show the distant background.