Lovecraft Country, the HBO series created by Misha Green, begins with an epic war scene that is probably unlike any war scene you may have seen before. That’s because we soon see aliens and monsters in this battle, until it is revealed to be a dream.

Tasked with helping the show’s production designer Kalina Ivanov realize concepts for that sequence was Rodeo FX’s art director Deak Ferrand and his team (the studio would also produce final visual effects for the show).

“Lovecraft Country was a project where I started to work in early pre-production with Kalina in the art department with her,” says Ferrand. “I wasn’t designing just for effects, it was designing the world.” 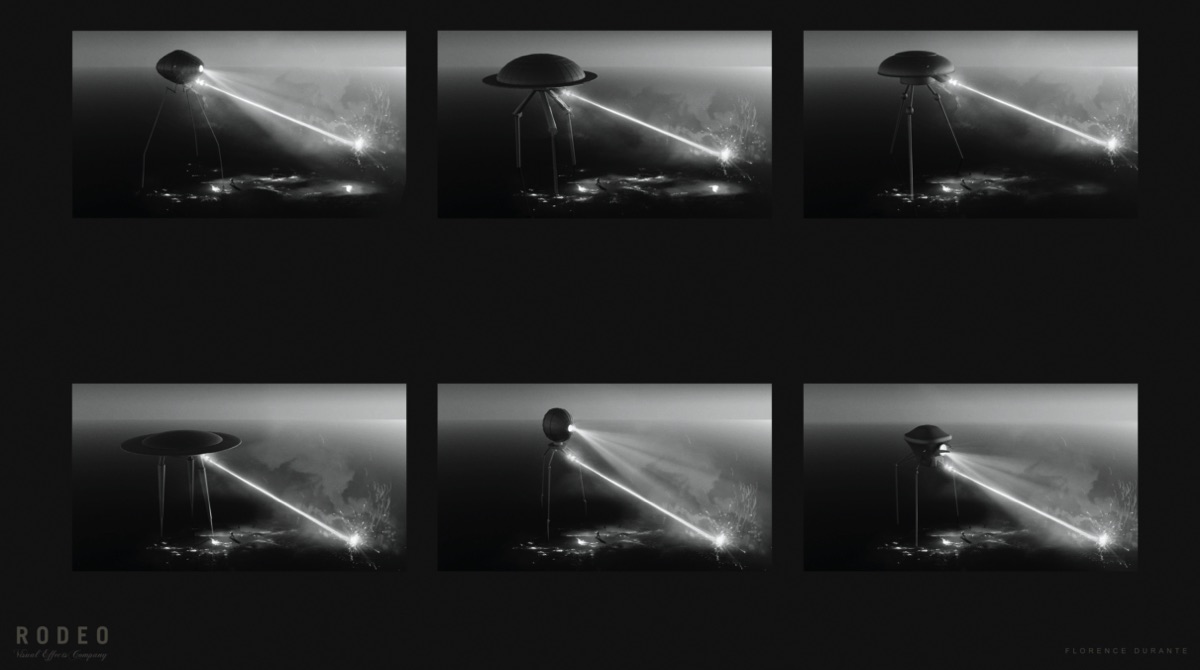 That world, for the battle, was essentially a wide shot showing recognizable war-time fighting, but also with addition of an alien tripod and the creatures, including a classic Lovecraft Cthulhu monster. There was a 1950s look and feel to these designs, too.

“Working in conjunction with RodeoFX visual effects supervisor Francois Dumoulin, Misha and Kalina had a location worked out for the battle scenes, although it was pretty small with the trenches and the fields, but they asked me to do something that was more of an establishing shot, and try to put all these things in it,” outlines Ferrand. “There’s a lot of different things that don’t make sense  if you think about it, but it is a dream.”

The concept frame developed by Ferrand was particularly challenging, he says, since there needed to be so many elements in the mix. “It was almost like a pizza! But if it worked as a still frame, I thought it could work in movement.” 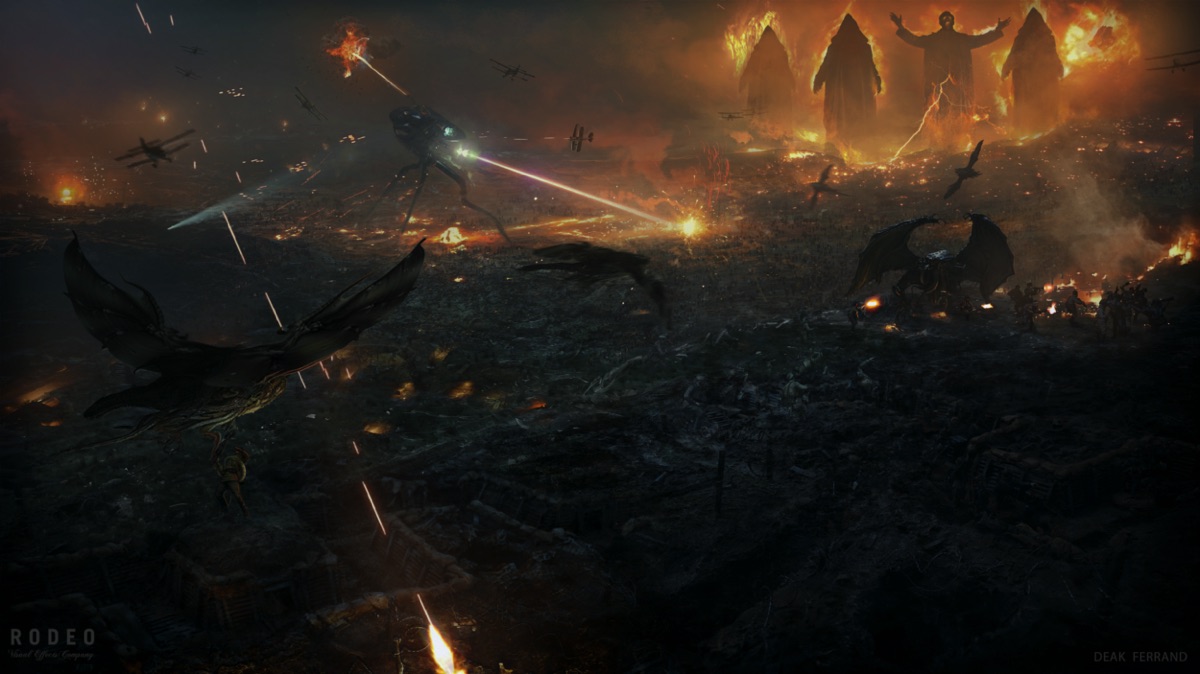 Another major design effort Ferrand worked on for Lovecraft Country was Ardham Lodge, taking particular direction from Ivanov’s initial ideas. Starting with a real location, the final shots of the lodge involved a CG build. “Kalina, is a great artist, and she would often just draw her ideas with a pen on paper and do these beautiful black and white illustrations. For Ardham Lodge, she went on location, took a picture, then did their drawing.” 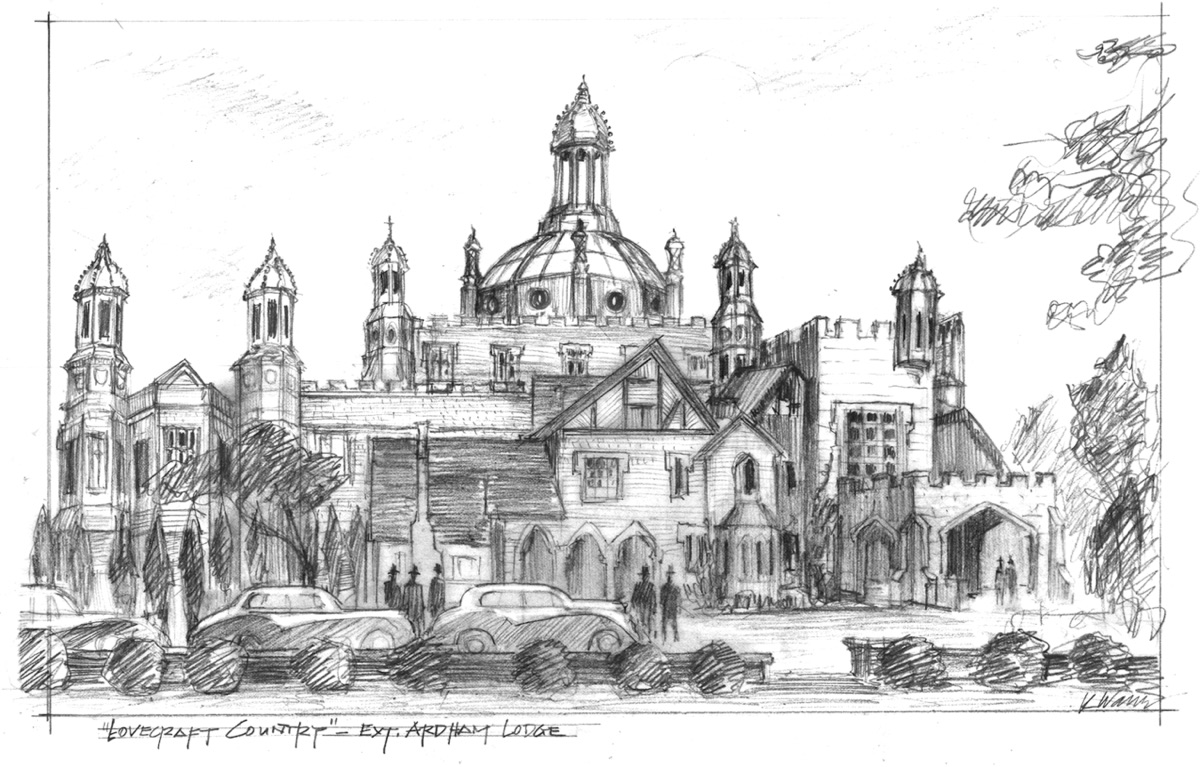 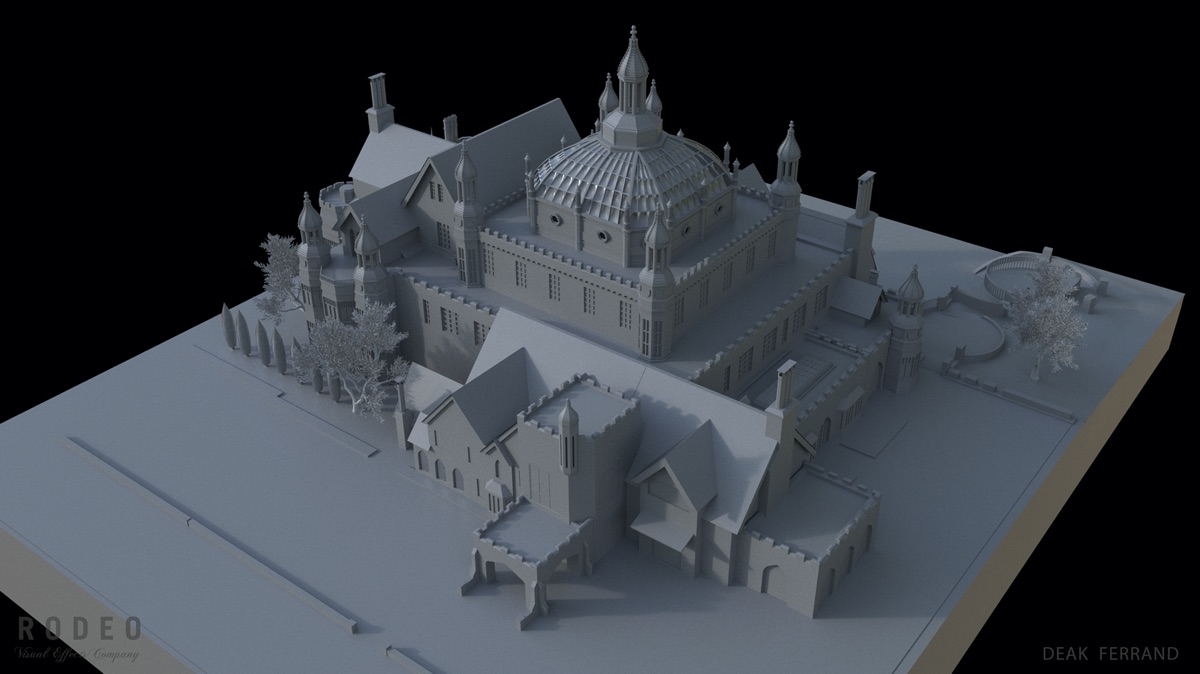 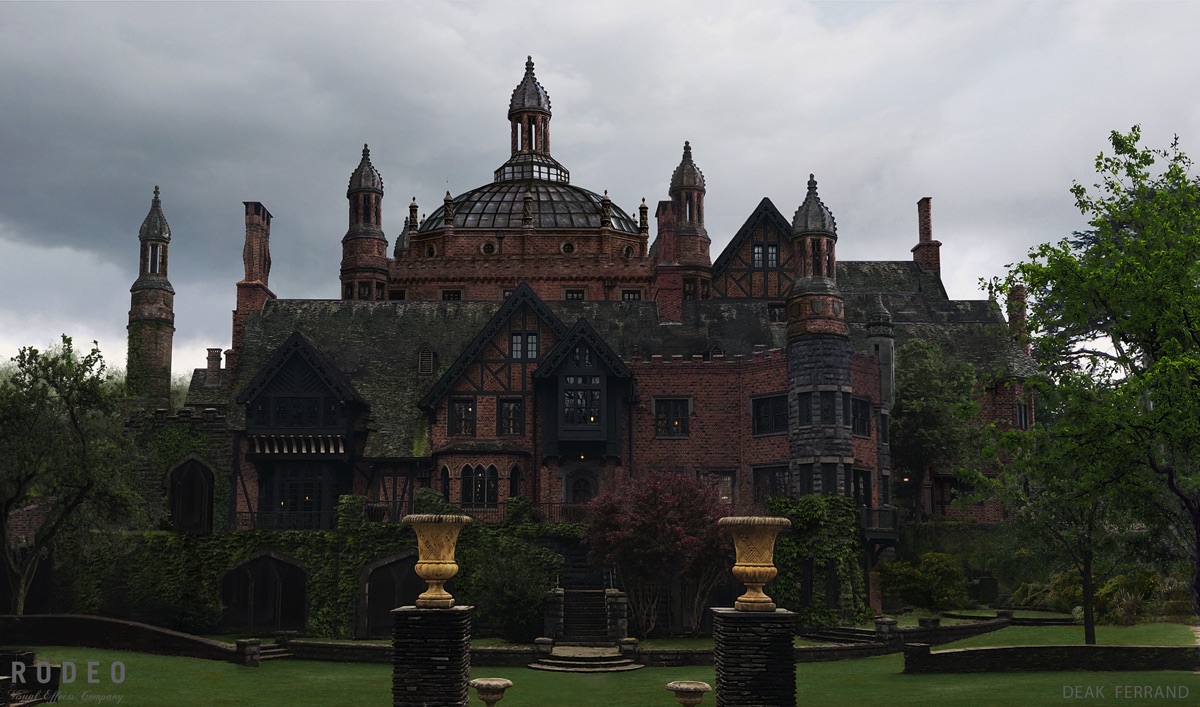 “Then it was my job to also figure out if this worked in 3D in terms of architecture,” continues Ferrand, “because I knew that with Ardham Lodge would be seen from all angles. You see the backside of it, a bird’s eye view, and everything crumbles at one point. So it’s very important to then make sure it works, and that it’s true to the original building that they found.”

For that ‘crumbling’, fellow Rodeo FX concept artist Florence Durante produced key frame concepts for how that should look. “The thing that this concept helped with was that the production didn’t want to see fire or explosions, only dust,” says Ferrand. “It’s very hard to convey a sense of dynamic destruction on a still frame concept, but Florence did a great job.” 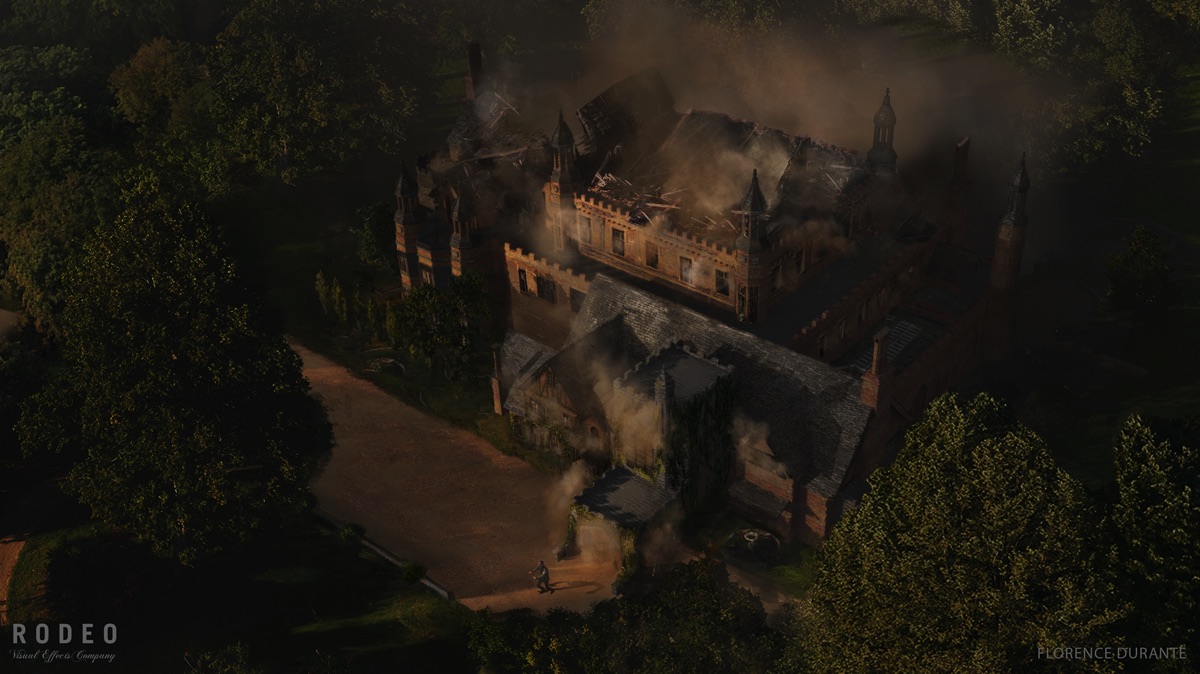 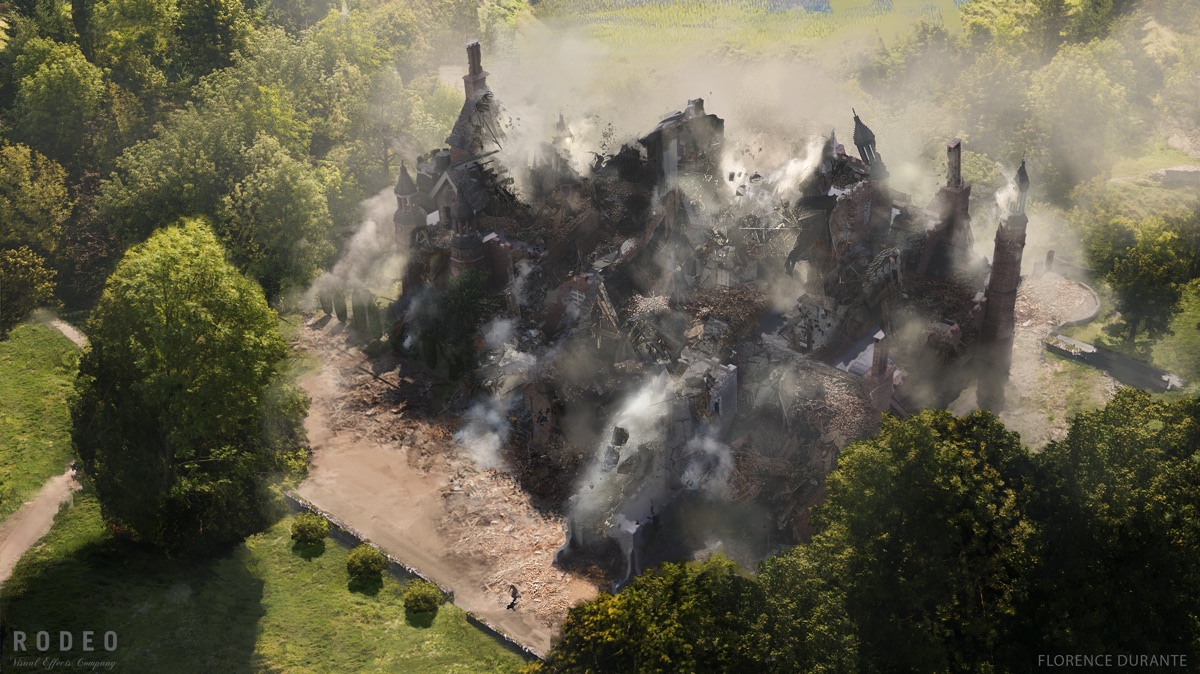