It’s not available to experience yet, but a new planetarium show called ‘Signs of Life’ is in the works at the Griffith Observatory in Los Angeles. It will be a 35-minute session that takes place in the 76-foot immersive done at the Observatory, and involves some extensive visual effects work.

This show, premiering in May 2020, is being overseen by VFX supervisor Gee Yeung and VFX producer Dawn Fidrick. At SIGGRAPH 2019, they broke down a couple of aspects of the experience, and one thing they mentioned was the development of the Naming Convention app for Autodesk’s Shotgun Toolkit by pipeline supervisor Scott Ballard.

This seemed like perfect fit for #morevfxtools week, so I asked Ballard and Yeung to tell me more about the app. 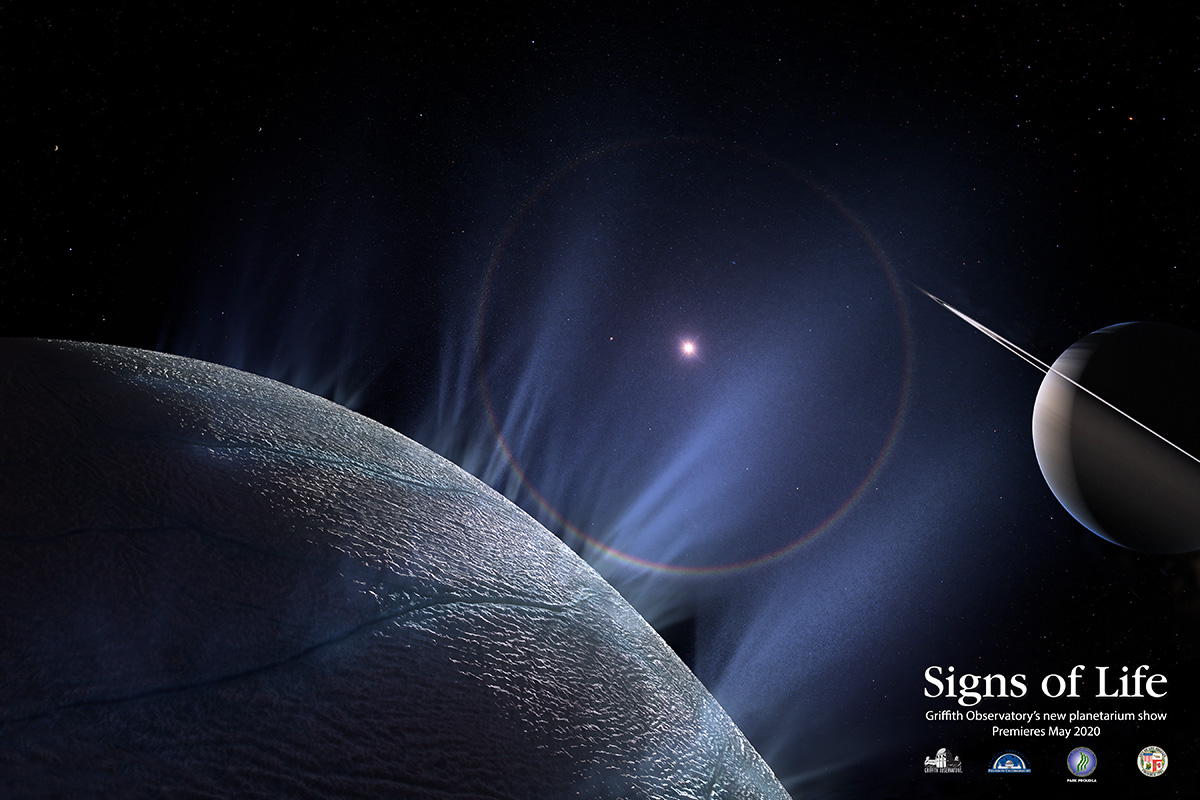 b&a: How did the Naming Convention Toolkit App come to be?

Ballard and Yeung: Our show needed a solution for digital content creation (DCC) applications, which are not fully integrated into Shotgun Toolkit. Since our show wanted to offer as many “off-the-shelf” popular tools to the team as possible, we wanted to make sure that the pipeline supported all of these less-integrated tool options.

The Naming Convention app was developed to simplify and automate the naming process for files and folders based on the standards and conventions established from the start. 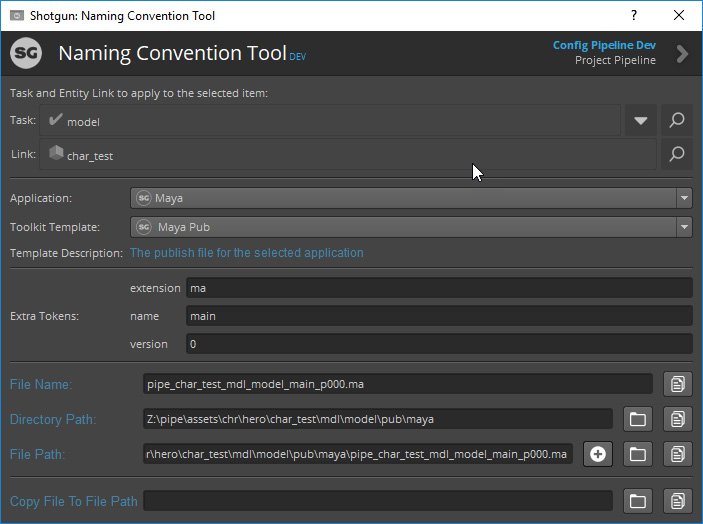 b&a: Can you talk a little about how it works?

Ballard and Yeung: The user selects a Task associated with a Shot or Asset that they intend to work on, then the application (Maya, Houdini, etc) of choice. Some naming conventions require additional information (ie: render layer), and the app allows the artist to input those values, which get incorporated into the final directory/filename. The artist is then given the option to copy the directory, filename or file path to the clipboard. They can also select a file from disk which is then copied into the file path defined by the app or conversely they can create an empty “stub” file on disk as a placeholder.

b&a: What benefits did it bring to the Signs of Life project?

Ballard and Yeung: There are many benefits that the app brings to artists. The major one is that it doesn’t require the artist to know the naming convention or directory structure. This could potentially change on a project by project basis depending on what is being produced. Deviations of the naming convention could cause errors and issues downstream in our pipeline. There is a lot of power in allowing an artist to use a DCC that might not be quickly or easily integrated into the pipeline, this app bridges that gap.

b&a: How might other studios be able to implement and use it?

Ballard and Yeung: The Naming Convention app has been released to the general public as open source. Studios can freely install the app within their pipeline. It integrates into an existing Shotgun Toolkit pipeline configuration as an app that leverages the naming conventions defined in the Toolkit templates file. 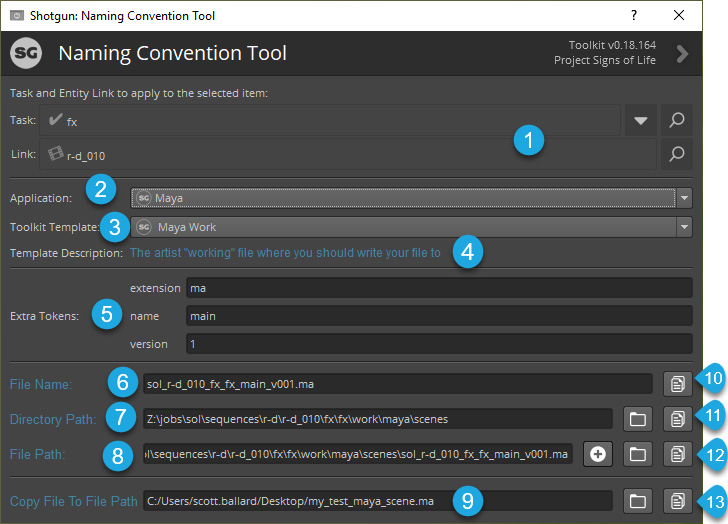 This week at befores & afters is #morevfxtools week, a follow up to #vfxtoolsweek from a few months. Explore some of the new tools artists are using every day in their CG and VFX work.