QuadSpinner’s Gaea is one of the latest terrain tools on the block.

Need to generate some terrain? Build a world? There are several great tools around; one of the most recent releases is Gaea from QuadSpinner. That company, known for World Machine plugin GeoGlyph, released Gaea as 1.0 in February.

If you haven’t had a chance to check out Gaea, here’s an overview of what the procedural and layers terrain generation tool can do. The videos embedded below are also your best bet in seeing what Gaea is capable of and how the Windows-based tool works in action.

With Gaea, the company was looking to do more outside of their World Machine plugin. “We have a modern graph, PBR friendly viewport, and a whole new way of building terrains faster and more accurately with tools such as mountain drawing, erosion sculpting, and primitive based construction,” outlines fellow QuadSpinner co-founder Dax Pandhi. “This is a big step forward, in our opinion, from starting all terrains with Perlin noise and then adapting it to a shape you may like. We wanted to be able to art direct from the start.” 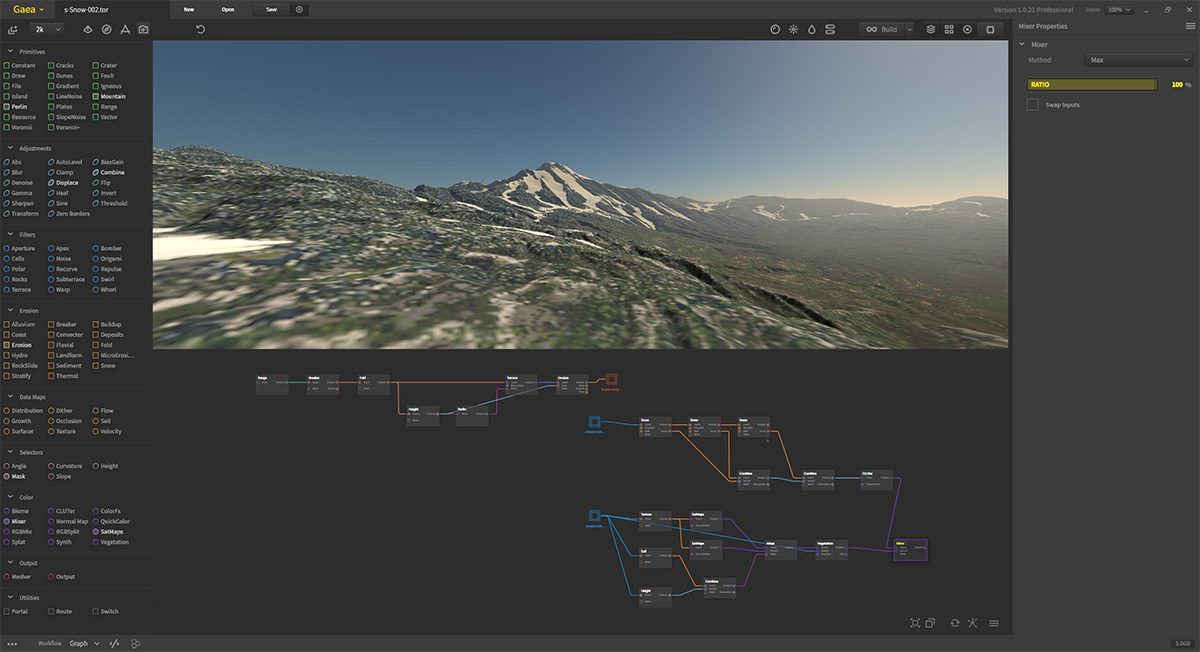 Erosion is one of Gaea’s main features, with its directed erosion system allowing artists to effectively paint erosion strokes onto 3D geometry. The tool has a procedural workflow, which means the terrain can be modified at any point along the way. In fact, Gaea has three different workflows to choose from: Layers, Graph or Sculpt, so there are different ways of getting to the desired result.

Gaea’s founders say it has found most use in the games industry, but there are VFX and archviz customers, too. “Since Gaea 1.0 was officially released in February, most of the larger studio projects are still in production,” notes Najim. You can expect to see many AAA titles featuring Gaea within the year. We’re fortunate to have an active and engaged community with some amazing artists who are using the software for work and personal art. For example, Amir Abdaoui, who worked on Horizon Zero Dawn, has created some fantastic Icelandic terrains; and Juan Paulo Mardónez from Leyenda Studios has been creating fascinating environments with Gaea and Quixel Mixer.”

The future for Gaea is a “higher reliance on GPUs, new erosion and water tools, and much more,” says Pandhi. “There is also a large-scale world management system called ‘God Mode’ in R&D right now that will introduce a whole new way of building open world environments for games.”

Gaea is available as indie, professional, and enterprise downloads, plus a free version.

Check out more new VFX tools in our #vfxtoolsweek series.