In 1992, Tool released its classic track ‘Opiate’. It was re-imagined some years later, and then re-released earlier this year as Opiate² to celebrate the 30th anniversary. At the same time, the band released a stunning music video directed by Dominic Hailstone that portrays a mutating lifeform.

Several techniques were utilized to bring the creature (and creatures) in the music video to life, including puppets built by Odd Studio in Sydney, Australia. Odd co-founder Adam Johansen tells befores & afters, in this excerpt from issue #7 of befores & afters magazine, that their role on the project actually began several years ago, how they came to be working with Hailstone and Tool, and what the puppet builds involved.

b&a: How did Odd Studio get involved in this project?

Adam Johansen: Well, firstly, I feel like this is one of those things where people always say, ‘I’m such a huge fan of so and so’, but in this particular case, at Odd we are and have been huge Tool fans from day one. We are really obsessed with their music. And then Tool guitarist Adam Jones is of course a practical effects guy, which meant Tool’s music videos were always something else. They were really great pieces of art.

The connection is that Dominic Hailstone directed this particular music video, and Dom’s one of my best friends. We met working on Farscape. Dom came out to join the creature crew, working for Jim Henson’s Creature Shop under Dave Elsey. Dom and I also share a love of metal and alternative music.

Dom also took on a directing job for a music video for another friend of mine, Rob Clunne. The song was ‘The Eel’, and it has this great blend of practical effects and After Effects CG work. Then Dom did a music video for Isis. After that he connected with Adam and the Tool guys.

And then, it was years later, when we were doing Mad Max: Fury Road, that I got a call from Dom and he said, ‘You’re not going to believe this, but I’ve been asked to direct a Tool video.’ Up until that point, it was Adam Jones who was directing all their videos. It was huge for Dom to be offered that, huge that Adam would step back and huge that Dom would be thinking of us to create the puppets. 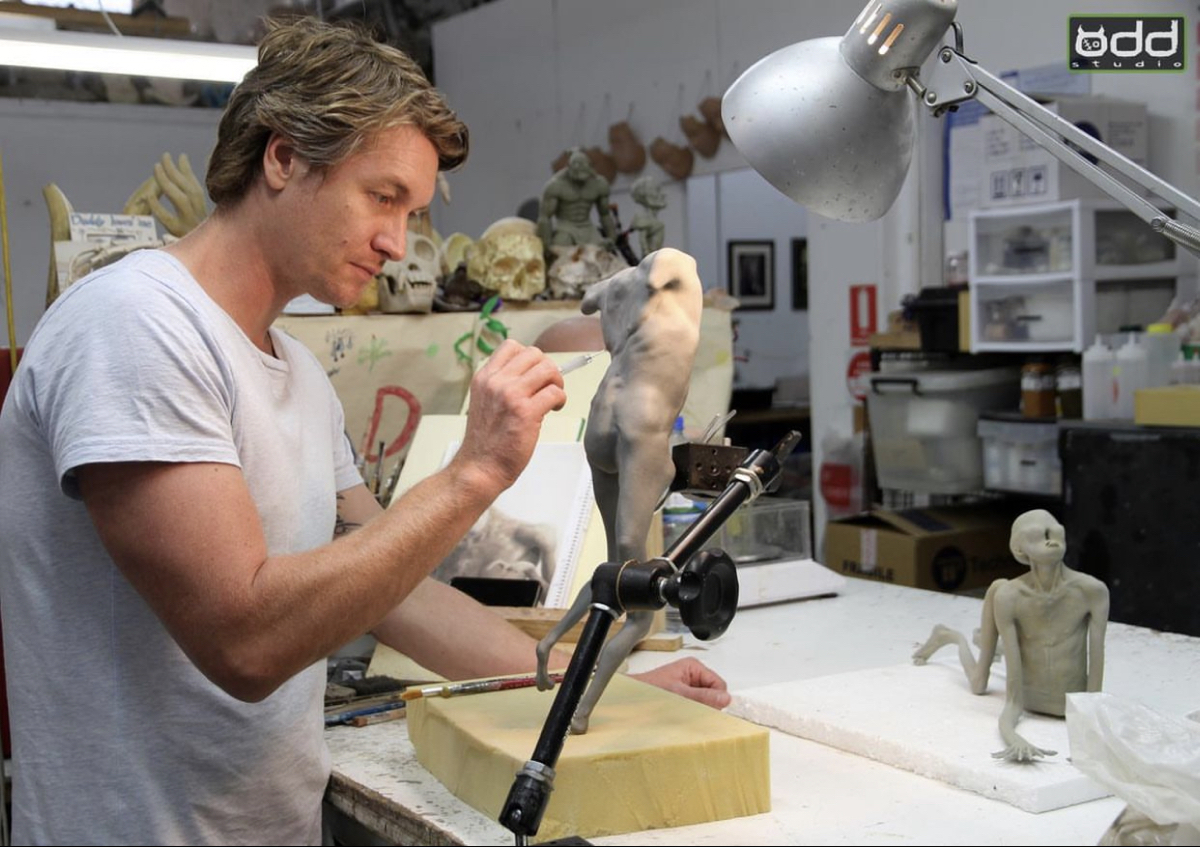 b&a: So there was always going to be some kind of practical effects nature to it?

Adam Johansen: Yes, it was always going to have that same kind of Tool Tool-ness to it, where it had a real element to the effects, puppets or make-up effects and crazy CG surrealism connected. Dom was a perfect fit and I guess he thought we’d be the perfect fit, too.

b&a: What were the initial kinds of conversations you had about it?

Adam Johansen: The first few conversations Dom and I had were just throwing ideas around. We talked about how it could be a bunch of different versions of puppets that slowly grow into something else. We talked about what he wanted to shoot as a puppet, what he was going to shoot with Javier Botet, the performer, and what was going to be completely CG.

b&a: How were concepts fleshed out?

Adam Johansen: Dom was responsible for all the early conceptual work. The great thing about Dom is that he does some really rough and loose things at first, throwing things out there. Then we talk about it and we’re like, ‘Well, what about this? What about that?’

He’d do things in ZBrush and experiment with 3D printing. Now, this was 10 or 11 years ago when this was all first started, so 3D printing wasn’t really something we had yet incorporated into our workflow. Of course, we do now but back then he would send some prints and we would literally sculpt over the top of them for the puppets.

b&a: Tell me about the overall idea with the puppets–how did you go about making them for performance?

Adam Johansen: We wanted to go the traditional rod puppet route and use puppetry as much as we could in the music video. There’s three different stages for the puppets, and they’re all painfully thin. So one thing we had to work out was how to articulate things that small. There’s a combination of rods to do that.

For one of them, I suggested going for a hand puppet. This is the chickeny-looking one with the two hind legs that are moving and a mouth in the shoulders.

We’d do all the molding and the sculpting and the casting, and then I’d shoot videos of us puppeteering them here in Sydney. Our crew was really small. It was Damian Martin, Colin Ware and Emily James.

Our main task, ultimately, was building articulated silicone puppets. Cut to several years later and we did very similar things for Ridley Scott for Alien: Covenant, with Dom as well. 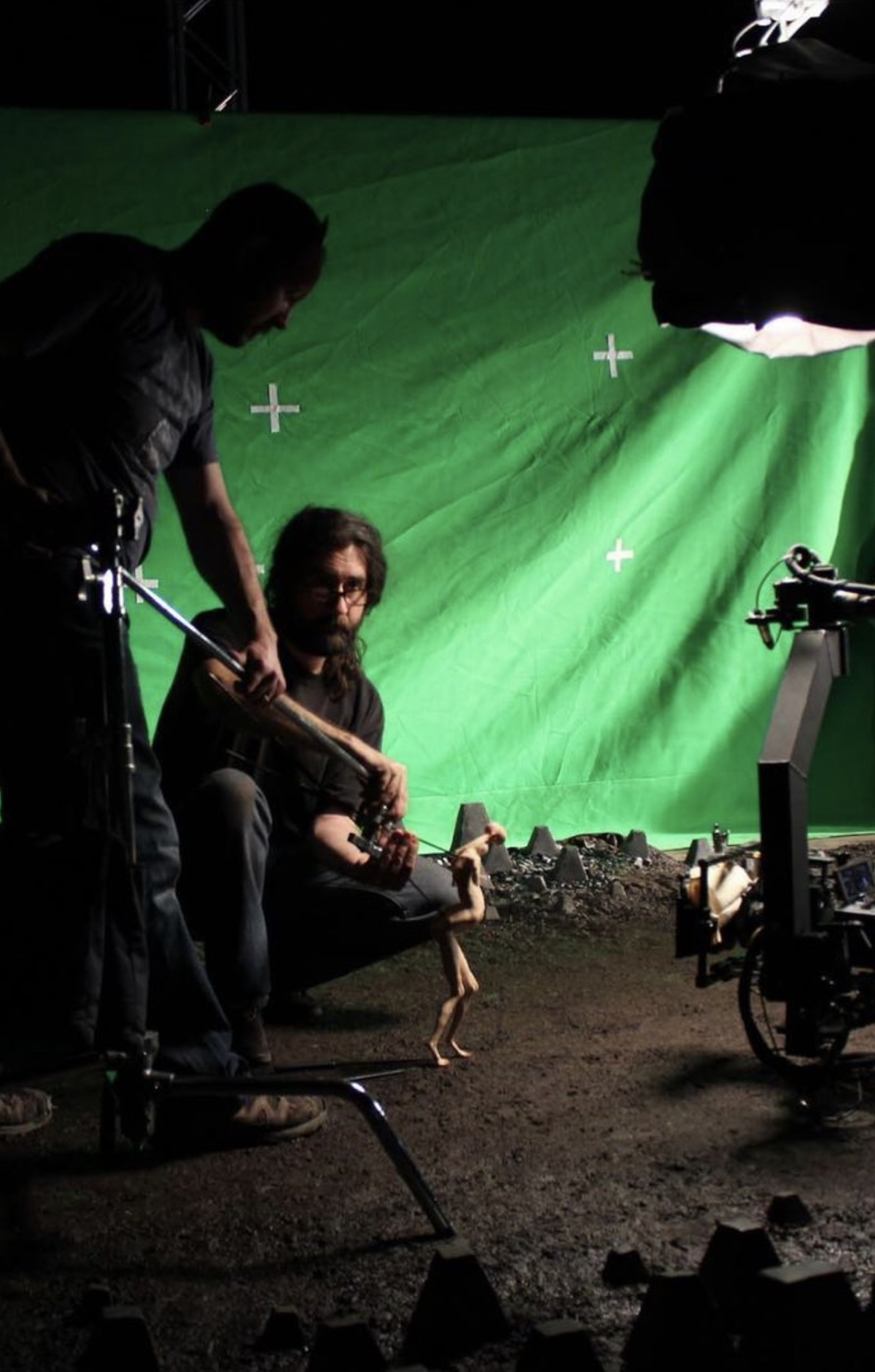 b&a: That’s interesting, what does silicone bring to those puppets that other techniques could not?

Adam Johansen: Silicone has been for a little while now the go-to material for flesh-like skin. Traditionally we used a more opaque material, foam latex for prosthetics, but now it’s gelatin and silicone. The great thing about silicone, and the thing that we wanted to do with these puppets, is that it gives them that really fleshy feel, that translucency you get from skin.

Silicone offers not only great translucency but fantastic stretch, too. You can soften it, you can deaden it, you can get very very manoeuvrable and flexible puppets and appliances out of silicone. Within those puppets, especially for the first stage of them, you can, just by painting with washes, get a real lovely sense of the insides, the reds and the purples and the tongues and the big goiter.

Read more in issue #7 of the magazine!