With his creepy shadow creatures, Gorr the God Butcher (Christian Bale) wreaks havoc on several occasions in Taika Waititi’s Thor: Love and Thunder. The director looked to have the shadows form in unique ways during the film, often by taking on the shape, silhouette and properties of the particular object that had ‘cast’ the shadow itself.

This became a task set to the visual effects vendors on Love and Thunder, led by production visual effects supervisor Jake Morrison. He breaks down the process here for befores & afters, and he examines how some of the fight scenes against the fully-formed creatures were accomplished. 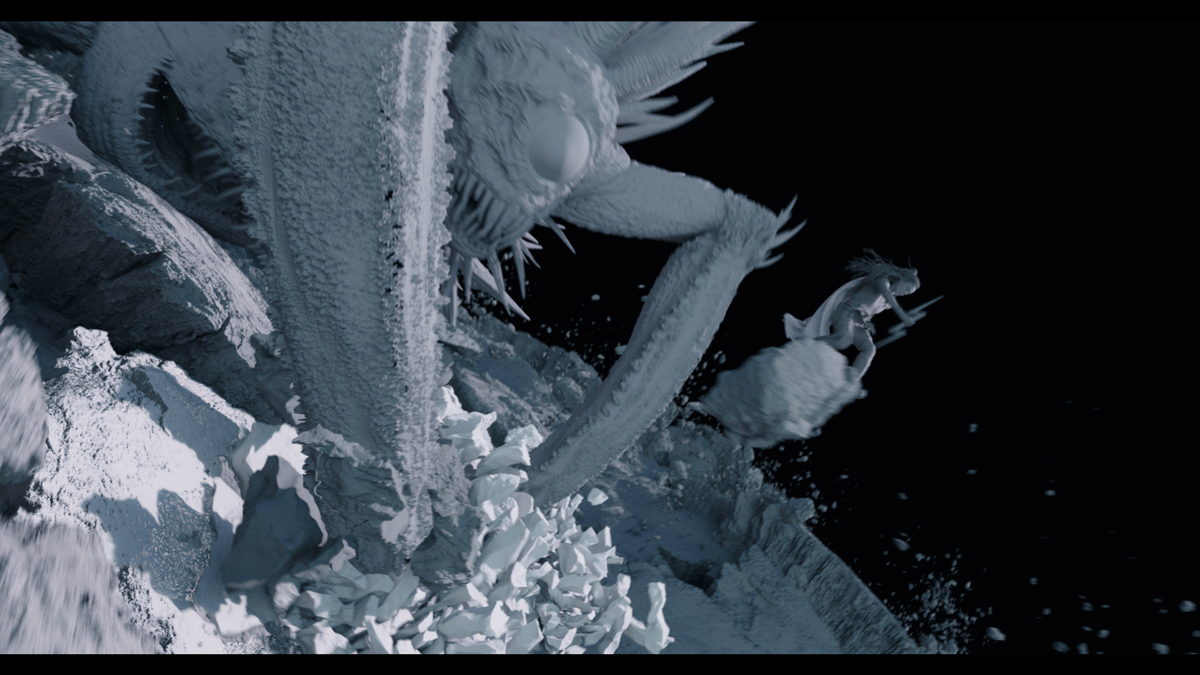 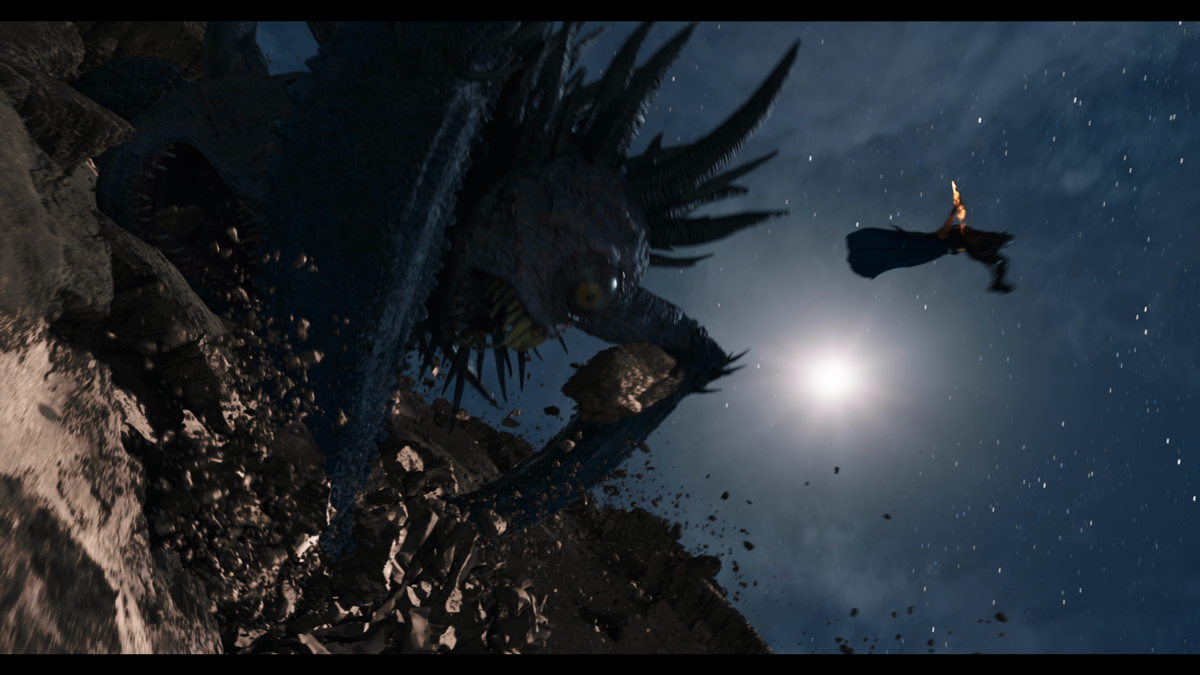 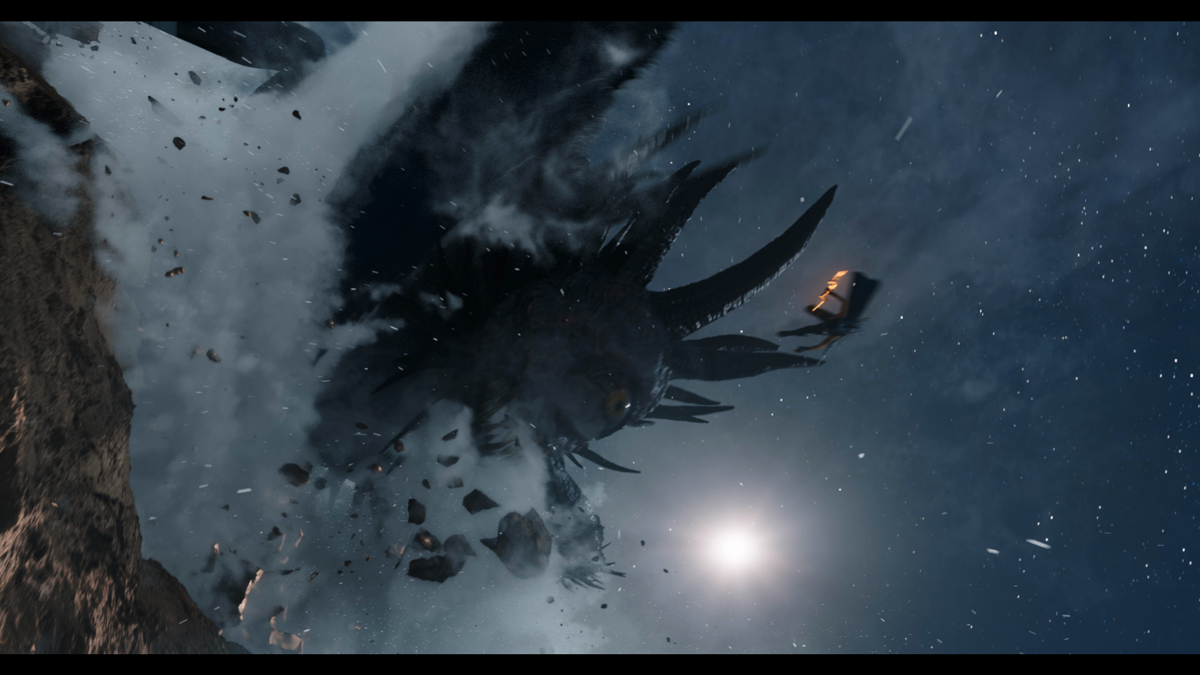 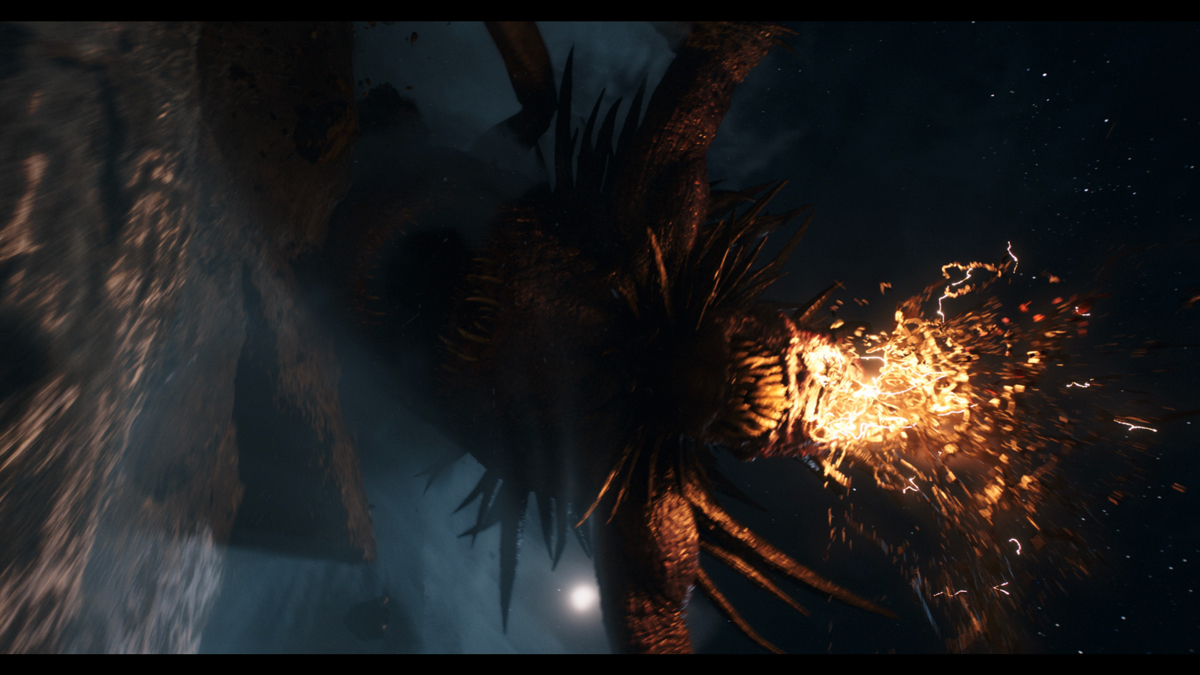 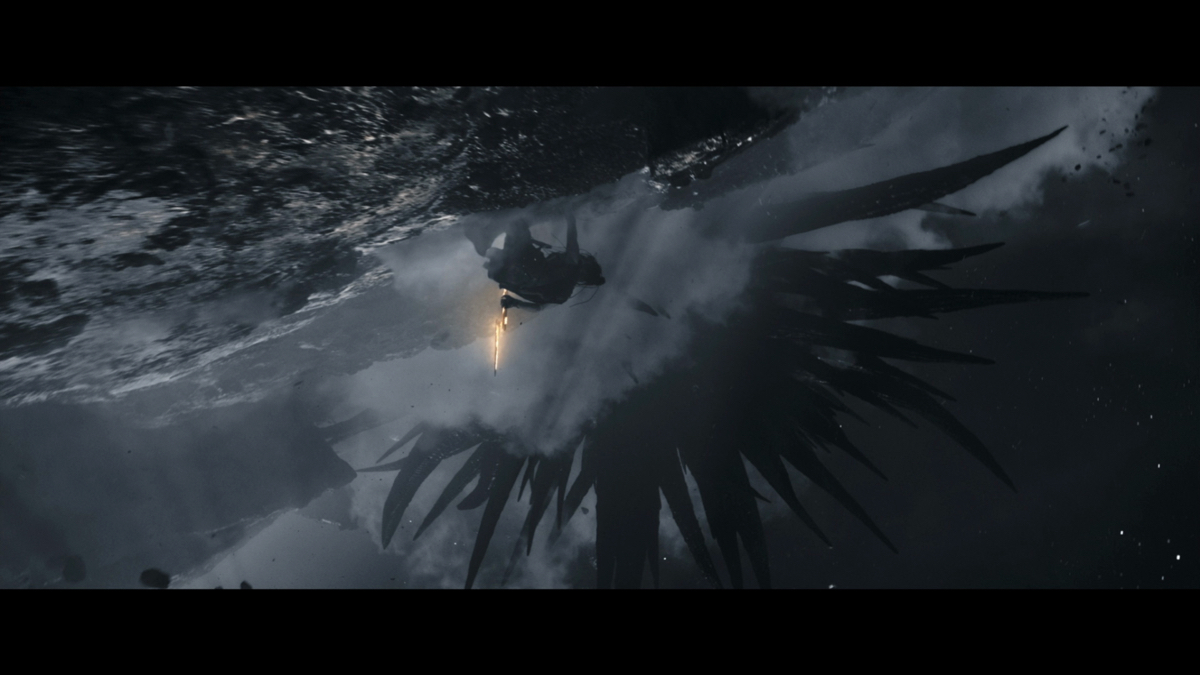 b&a: Those shadow creatures come out in different scenes and forms, I was creeped out by them! How were they made?

Jake Morrison: The initial idea was that anytime Gorr appears, a shadow would stretch out, and then from that shadow a creature would grow. Later, during the edit, we realized it made a lot more sense for him to take his sword, put it in the ground, and for the shadows to then start appearing. It was a good visual cue for the audience.

But from the beginning, the idea was that the creature needed to be based upon the silhouette of the thing that cast the shadow. In fact, this was my pitch at the beginning that I gave to every vendor: You’ve got a light source, you’ve got a shadow caster, and you’ve got the shadow. So if the light source is out ‘here’ and the shadow caster is a spiky pot plant, the shadow that’s going to be cast isn’t necessarily going to have spiky tendril things. But when the creature crawls itself out of the mass and you see it, it’s got to have spikes all over it.

I don’t believe we ever explained it to the audience, but every single VFX vendor on the movie could tell you that because we talked about it ad nauseam! Like the pot plant in Molly’s room, one of the Asgardian kids, who’s the first girl where you see the shadow stretched on the wall. Nippy is the name of the creature. They all got names! It grabs her from the bed. The form of that creature is based upon the things that we put in the room.

Even more than that, we actually pre-designed the creatures and then sent those images to Set Dec (set decoration). We reverse engineered them. We would actually light that particular thing, whatever it was in the kids’ bedrooms, to create the particular creature. All of the toys and ornaments in Molly’s bedroom, for example, are entirely reverse engineered to make the creature that appears look like it’s born from the natural shapes present in the child’s bedroom. This took quite the planning! 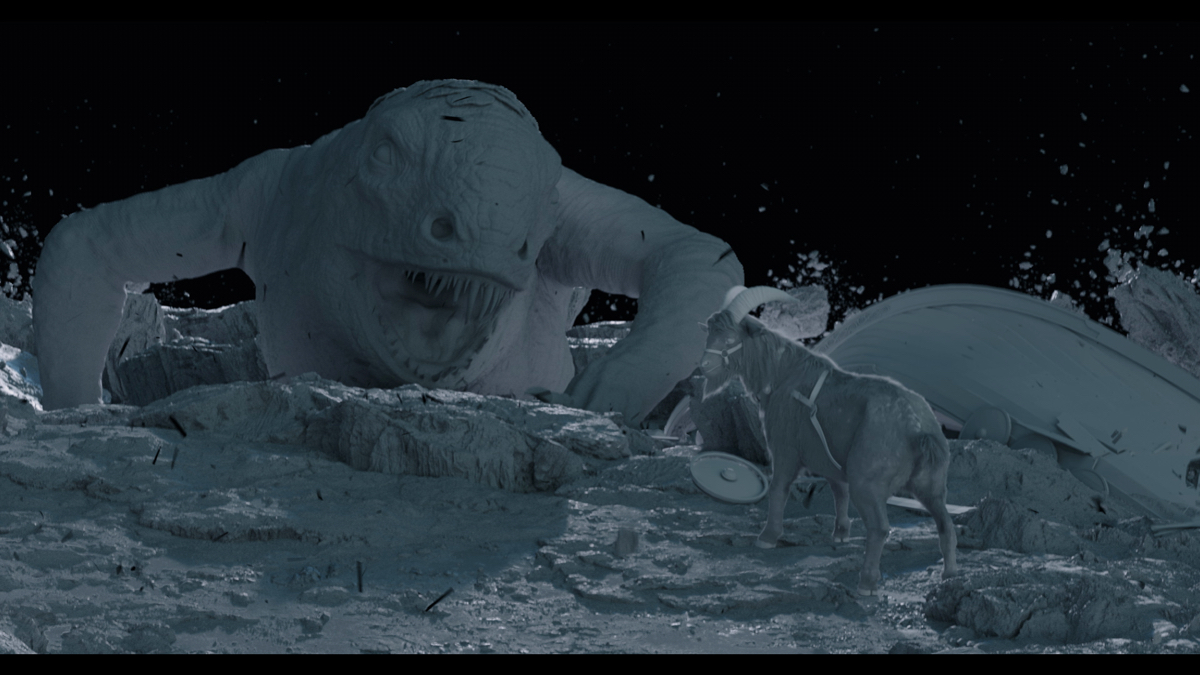 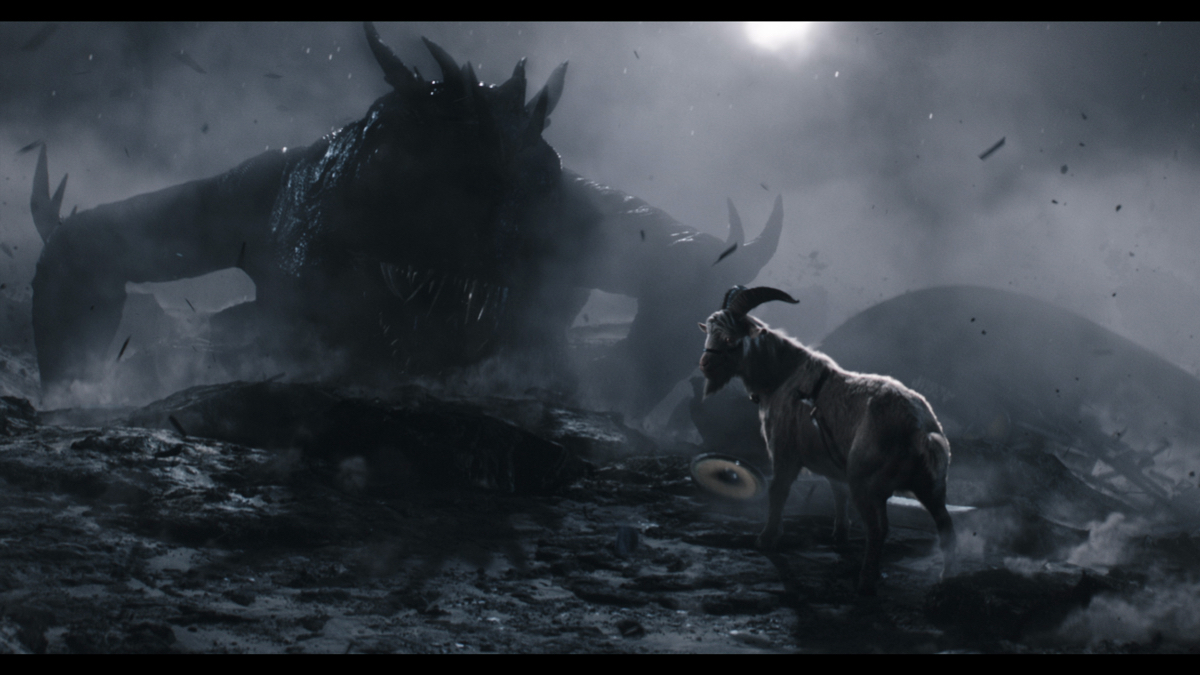 b&a: Oh that’s really cool. It was very related to the actual thing casting the shadow.

Jake Morrison: Yes, we even had some early concept art where we thought about, how could you stack things up in a room, one after another, that if you lit or or shot it from a certain point of view, that it would create the desired shadow to make the creature, so that the particular creature comes out? We realized, though, that that idea worked for 10 creatures, but then we had to have so many more so we couldn’t show their ‘birth’ every time.

b&a: I think we mostly see them firstly in New Asgard coming out and then everyone is fighting them. But they come up on the moon as well, and then the kids are attacking them later on.

Jake Morrison: Yes, we start with the bedroom creature. You’ve got the toys casting the creature that’s crawling towards the girl’s bed in a super-creepy horror way. That’s made from the shapes of all the toys that then form into the hand. When you go to the street, there’s actually a shadow from a street light that casts a bike shadow that turns into a creature. Then we had to do a whole crowd.

The creatures on the Moon of Shame are another good example. We had light casting down from space and from the initial explosion that casts over the rocks, which allows the creatures to spread along that vector and then become realized and come out.

b&a: How did you approach the fights against the shadow monsters?

Jake Morrison: We had the actors basically miming attacking them. They’re really just all so good at that by now. Then, say for the ‘November Rain’ sequence, where the kids use the power of Thor’s lightning bolt to help them fight Gorr’s monsters. I think people know that the cast members’ kids were all in that sequence. Chris’ kids, Natalie’s kids, Christian’s lad Rex. As second unit director as well as the production VFX supervisor that’s not a casual fight scene to plan.

Of note though, Natalie Portman came to set one day and her daughter was with her and she was in a full princess outfit, with wings and a magic wand and all the rest of it. I was shooting the ‘November Rain’ fight sequence which was as planned as you can be with something like this but we were able to come up with a bit for Natalie’s 3-year-old daughter. We asked her to dance. We had a stuntie stand there in a gray suit.

And Natalie’s daughter danced around with the wand, with the idea that you would see the lightning follow this afterwards. And then finally at the end she just went, ‘Boom!’, and cut the monster in half. That entire moment happened within an hour or two! Of course, in post it was a lot more time, but it was fun to do.