EXCLUSIVE: Here’s what ActionVFX and Undertone FX are about to release.

If you’re a visual effects artist, you probably already know about the stock effects elements offered by ActionVFX. Live-action assets such as fire, smoke, bullet-hits and more are available from them for compositing into your scenes.

Typically, these elements are used for adding to live-action scenes. But what if you’re working on game engine scenes, say inside Unreal Engine or Unity, and you wanted to use stock effects elements for those kinds of real-time workflows?

It turns out that ActionVFX and Undertone FX, a studio specializing in visual effects for real time game engines, have partnered on a new range of game and film-ready assets exactly for this purpose. They’re sourced from ActionVFX’s library of ‘real’ effects, but the difference here is the game engine stock effects elements are pre-built in Unreal and Unity for the purpose of drag and dropping them into your game engine scenes.

“Basically, this is a real-time effects pack, it’s effects designed for game engines,” explains Undertone FX CEO/creative director David (DJ) Johnson. “You’ll ultimately buy this either on the ActionVFX store, the Unreal Marketplace, or the Unity store. It starts with footage from ActionVFX. They filmed all these elements, and they get used in film and TV and commercials. What we’ve done is, we’ve prep’d the footage for game engines.”

DJ says that Undertone had already been preparing live-action effects elements for use in real-time scenes internally and for client projects. The idea then became, what if they could prep them for other people to download and use?

“I personally have always favored real filmed footage,” he says. “It’s real, it looks better. Sims can feel lacklustre, and games are fighting that rendered feel, so I always want things to feel as real as possible. So I thought, it would save so much effort for lots of other people if we just released this.”

When a user buys these real-time ready effects packs what they’re getting is a mix of multiple elements that are suitable for game engine use. Fire is the main effects element that has been tackled first, but there are plans to convert just about any element in the ActionVFX library, including muzzle flash, dust, rain and snow.

“The footage is converted to loopable textures in a 64 frame flipbook, with rows and columns for frames,” outlines DJ. “But it is also the materials that set up the little fades so that if you place it in any environment, it won’t just ‘clip’, it’ll feather off. It also includes intensity drivers, and it’s also particle systems so that the fires spawn and have little offsets to them, so they don’t look like just a card.”

“As well as all this,” adds DJ, “it includes distance calling attributes, so that if you place them all over your world, as you’re walking through the space, only the ones right around you will be full, dense elements. And it’s blueprints so that when you place this in your scene, it exposes all of the parameters that connect to the effects, so that’s where you’ll tune the size.”

The process of actually turning those ‘real’ elements into game engine ones involves combing ActionVFX footage for the ‘right’ kind of elements–”There’s a really specific criteria for which pieces are going to make good in-game textures, the ones that don’t have too much wind, so they’re not tilted, not too high, etc,” says DJ.” Then Undertone employs a process of bringing the footage first through After Effects, finding moments, in the case of fire elements, where flame and smoke can be looped properly, and then exporting them into the relevant game engine.

Who are these assets for?

Certainly, these assets are intended for game development. “If you’re a designer doing a three-person indie project and don’t have an effects artist, we want you to be able to just buy this, slap it in your game, and go,” says DJ.

But clearly there’s also been a rise in the use of game engines for making film-like content, as well as game engines coming into play during virtual production shoots. ActionVFX is aiming to suit these new and existing markets with the new real-time effects packs. This includes for those artists who might cross-over between game and visual effects.

Several beta testers have been involved, including the team at Corridor Digital, which used the assets in their Dungeons & Dragons web show. ActionVFX COO Luke Thompson notes that the testers have found multiple ways of incorporating the real-time effects assets. “We’ve found that a lot of people are already doing more experimental things in real-time and they’re finding they don’t have stuff that they can just drag in and go.”

“In fact, one of the terms we’ve been using for this is ‘game ready,’ even ‘engine ready’, because it’s not just games that they can be used for. Our main goal is to build these out so they can be as close to drag and drop as it can be.”

You can tune into ActionVFX’s The Future of Realtime FX announcement on December 14th at 1:00pm EST / 10:00am PT for more information on these new real-time stock effects elements. 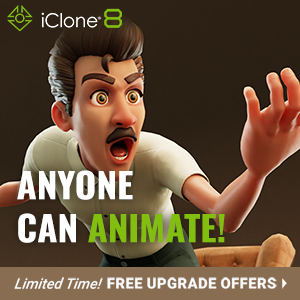