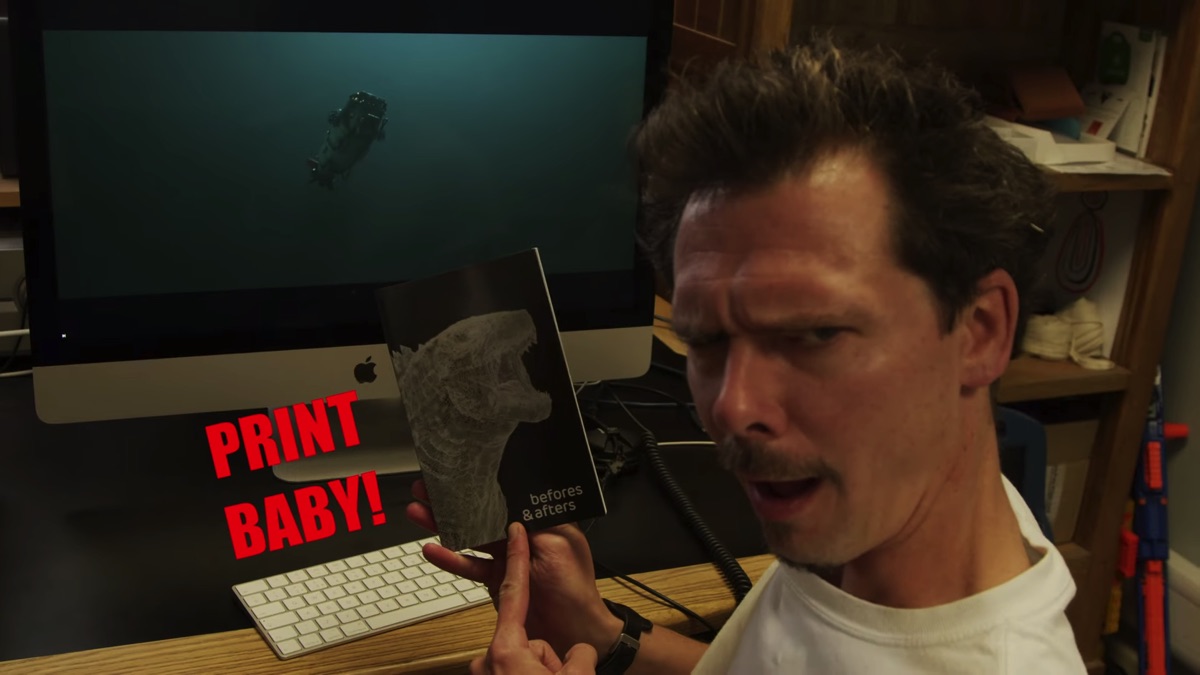 (And you can already read a special in-depth preview of this in issue #2 of befores & afters magazine).

If you’ve already picked up issue #2 of befores & afters magazine, then you might already have read the amazing miniature submarine dry-for-wet tutorial provided by the team at InCamera. Over at their YouTube site, InCamera have been posting amazing practical effects run-downs, and their upcoming video series that covers the entire prep, build and shoot for the submarines looks incredible. Here’s a teaser.

I was really lucky to have them write up a detailed step-by-step of their process for the magazine, which includes full-color behind the scenes imagery and final shots. The idea, of course, is that you could do all this kind of shooting at home yourself with existing model kits, a camera, some smoke and maybe even a cloud tank.

I’ll keep posting snippets from the magazine piece as InCamera’s series continues. Don’t forget you can SUBSCRIBE to befores & afters as well.