The process the VFX team followed for ‘Army of the Dead’, including when the Vegas hotels wouldn’t let them capture data.

For scenes in and around the Las Vegas featured in Army of the Dead, Framestore extended partial sets and created entirely digital environments. It did this by taking a wealth of photographic reference, accurate Lidar and photogrammetry data, and other mapping material and building the world of the film.

Here, production visual effects supervisor explains exactly how that all worked, from the earliest discussions of where the action would take place in the city, through to how they would acquire all the right data.

Marcus Taormina: With Zack in the beginning, my first conversation was, ‘Okay, how are we going to capture Vegas? How are we going to give us a digital Vegas that we want for our movie?’ I grabbed a big Vegas map, and I made a triple layered presentation on a big poster board, and I said, ‘Okay, here’s where our script goes. Here’s the journey of our characters. This is the path that we need to build for Vegas.’ 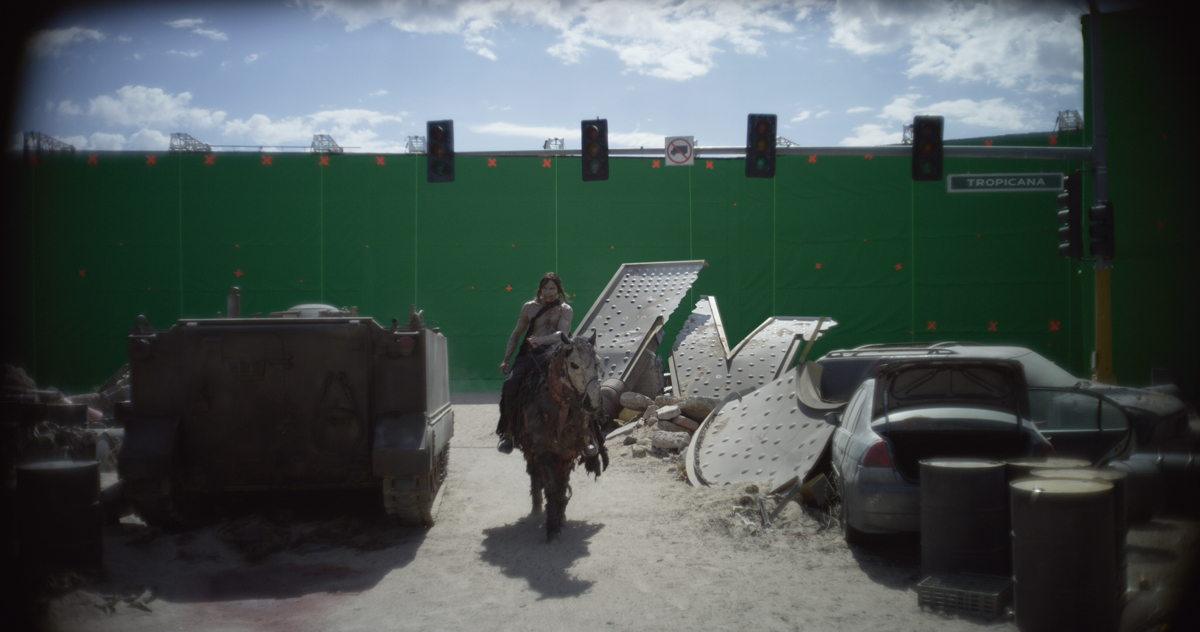 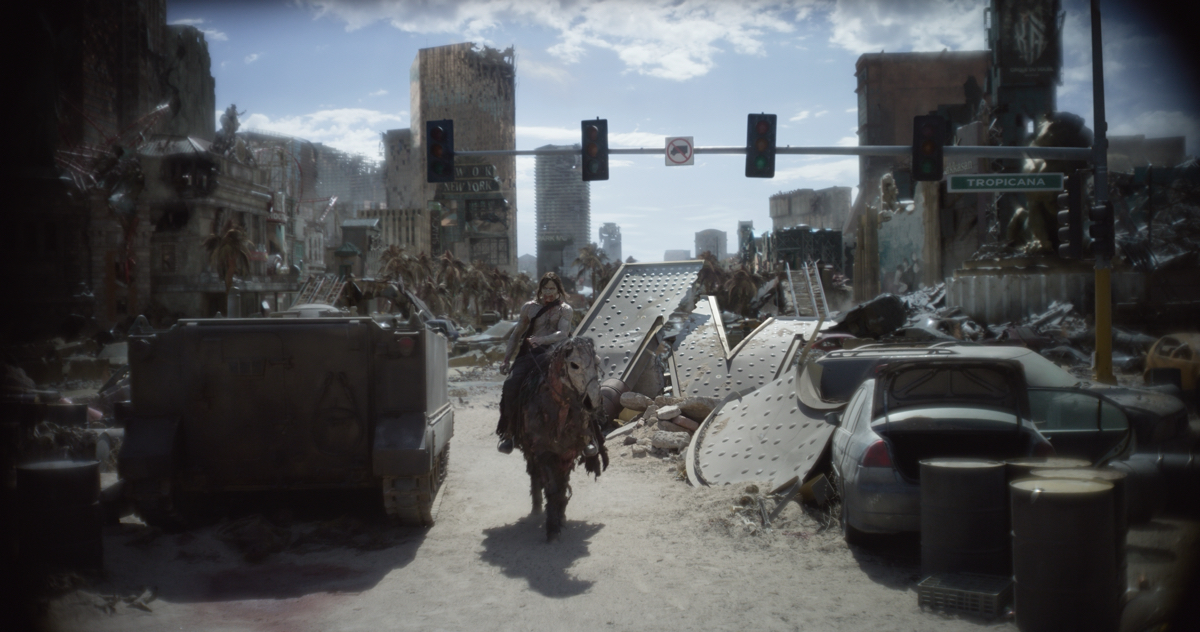 From there I had this idea that there has to be some sort of early 3D representation of what this is, so I found this company online that basically will go fly helicopters or drones, do a photogrammetry grab of cities, then create low layout models for the world for whatever city or whatever they’re creating. I found that they had just done Vegas two years prior, and I said ‘Okay great. How much is that? We want to purchase that.’ So what we did was we purchased that asset as a starting point, and then I started to plot on that where the third act would take us—where the helicopter chase would take us.

From there we brought on a team to do some really low-fi techvis so we could actually see the flight of the helicopter. We also just kept in mind we wanted to make our buildings fit seamlessly within Vegas so it didn’t feel fictitious. Once Framestore was brought on I walked them through it and I said, ‘Okay, more or less this is our fight path, and I don’t think this is going to change, so here’s how I think we should capture this and let’s start to put cameras on this so we can understand.’

We had the layout models so at that point we could start building our digital model on top of that. There was a 3D representation of how we plot it. It was our version of it and the public version—Google Maps or Apple Maps—where you can do the 3D view. We could put cameras in there, we could see what we were seeing through the camera’s eye and we knew how we could capture that. And where we needed to be height-wise. 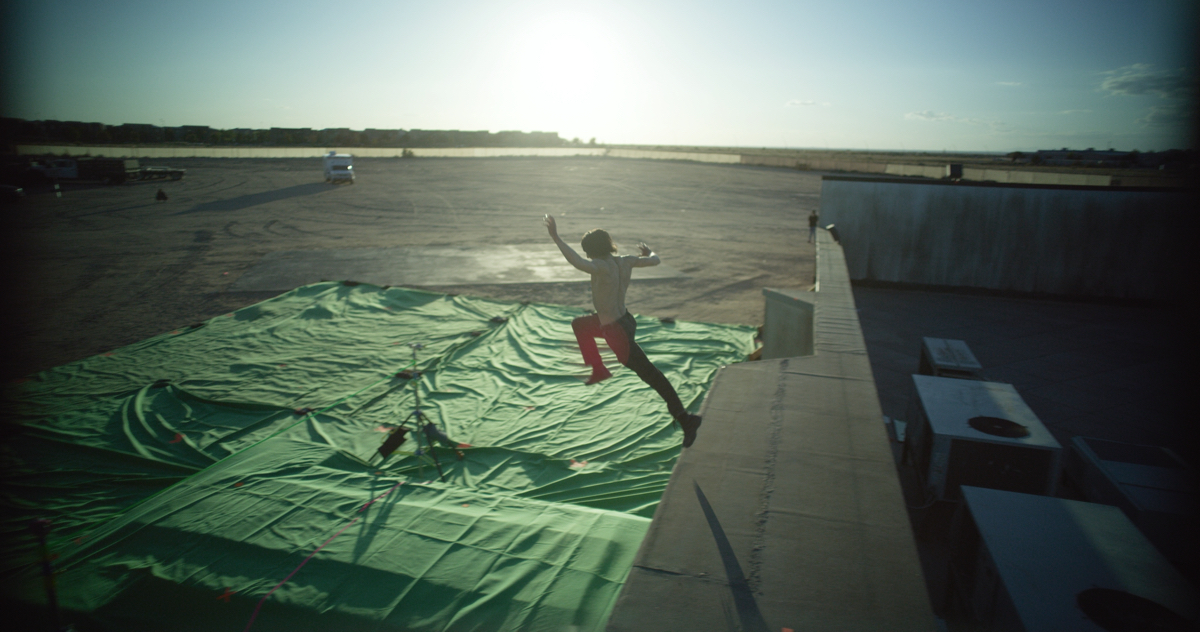 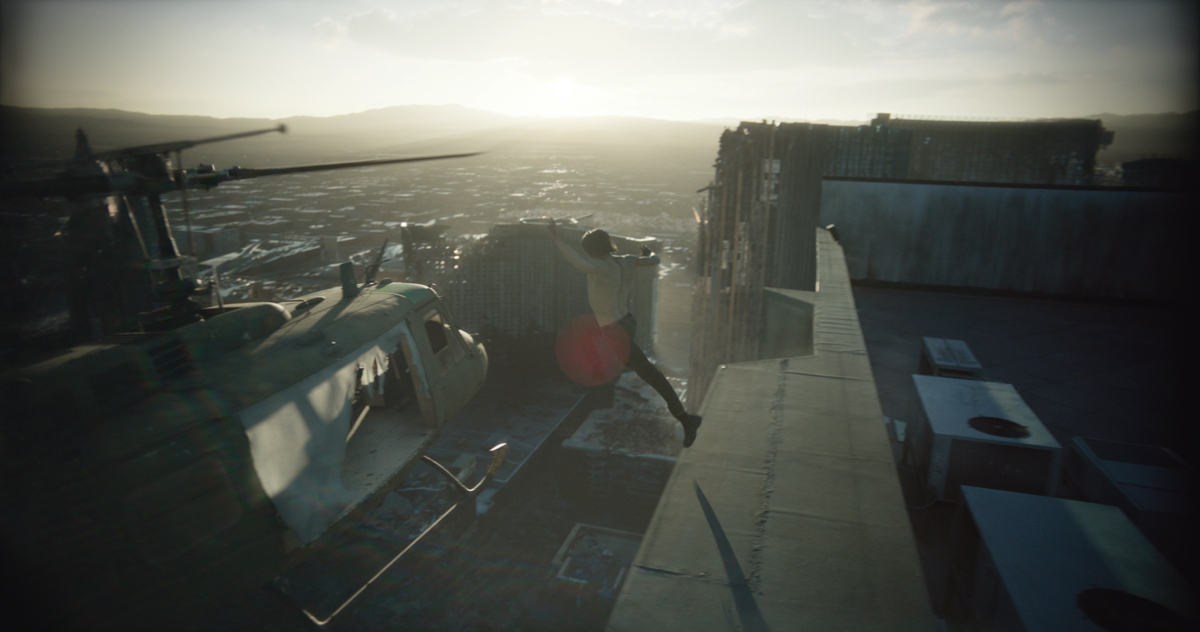 After that what we did was I made a big long four feet by two foot map, and started to figure out, with Framestore’s help with their layout and environment team, where we would do high-res capture. We would say, ‘okay we’re going to capture here on this rooftop. We going to capture here on the ground. Here on the rooftop. That would give us enough coverage to have our photos mapped back on to our Lidar stands.’ And that was all great until the hotels, well, they all declined us. So we were like, ‘Back to the drawing board.’

Now, when I was getting on the project I was looking into some technology, and one of them that I found was called a Phase One camera, and it’s 150 megapixel sensor, and they use it for architectural engineering and oil refineries and stuff to do scouts with them, and I saw some sample data and I was like. ‘We’ve got to get that. Let’s use that, and then let’s figure out what other captures we can accomplish with essentially just the city’s approval.’

Ultimately, we got 12 days on the strip. We divided the strip into eight sections, eight zones, and we knew that each zone had a purpose in our movie, and we knew which one was most important and least important, and we knew the time of day for each one, and we knew how many hotels we had. So I just started to, in Photoshop, write down everything. If we go 100 feet, that will give us enough coverage where if the camera’s 100 feet north we’ll still have enough overlap on the imagery. So I started to plot something out while at the same time Framestore was verifying that in the computer with that layout model, and basically we came up with a game plan of each zone. We’d have two scissor lifts working on each side of the median strip from, let’s say, five feet off the ground to up to 60 feet, and everything in between. And we’d be capturing photos, we’d be doing digi pans along the way. 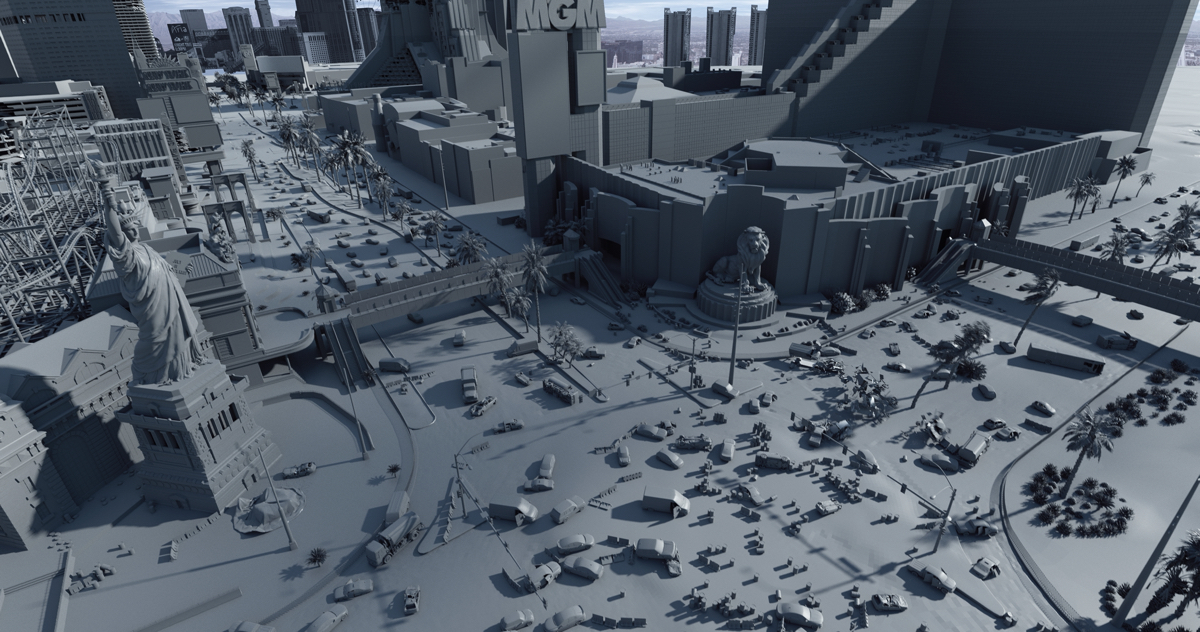 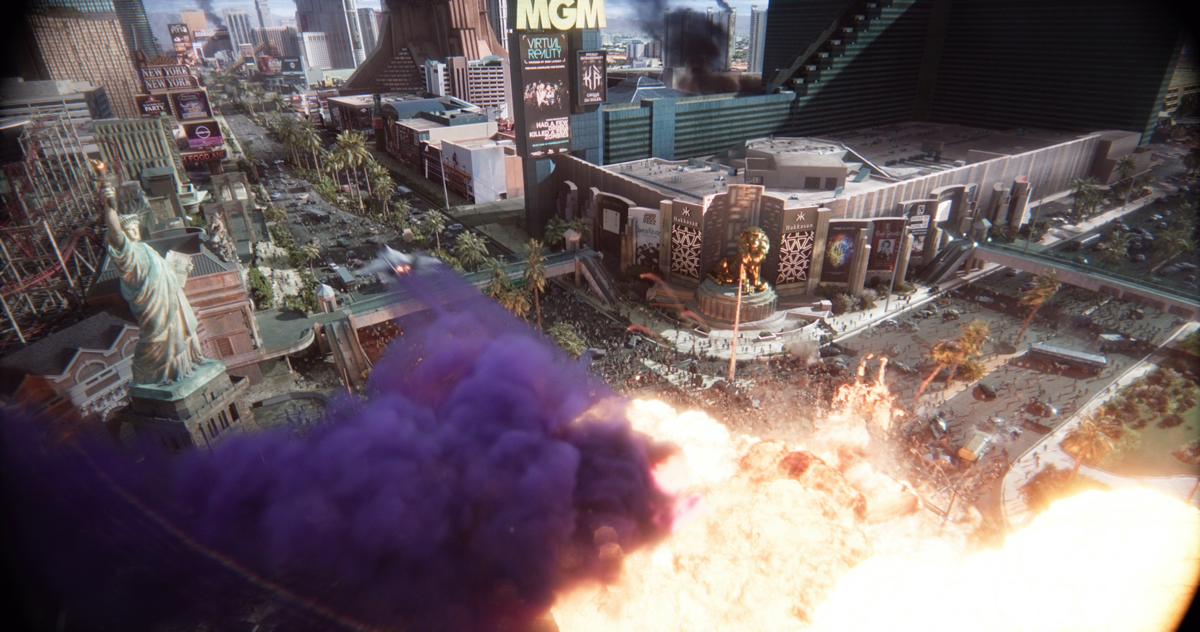 In addition to that, we’d have a team, boots on the ground, that was Lidar scanning the strip from the medians and everywhere else that we could have access to from the city. And at the same time, in those meetings we’d have intermittent lockups with traffic where we would fly the drone where we couldn’t go. So after 60 feet we couldn’t go, so we’d try to fly it to 100 feet. I think we got 150. The original plan was 300 feet, but I think we ended up two to three heights, and that was just a 360 from that perspective that we could utilie those photos as well to see what the view looked like from there.

But it didn’t stop there because I also had them fly an arial Lidar scanner, and we tied that arial 3D data into our terrestrial 3D data, and basically had a full view. Because the hotel’s didn’t allow us to get on their rooftops, I said ‘Okay, well then we’ll a helicopter onto your rooftops.’ And then with that we also did still captures and oblique imagery up there on the helicopter, and we also did just straight down facing imagery on a red camera that we shot at a higher frame rate. We could take that and map each of those onto the rooftop, so we could actually have what the Flamingo rooftop was, but also we could see what was inside the casinos where they wouldn’t allow us, i.e. the pools and stuff. So it was a good reference point for that, and then for our digital builds of those rooftops.

Our biggest task was taking all that data, modeling it out of that, and then destroying it. We really wanted to try to sell Vegas as Vegas, the attention to detail was pretty astounding.