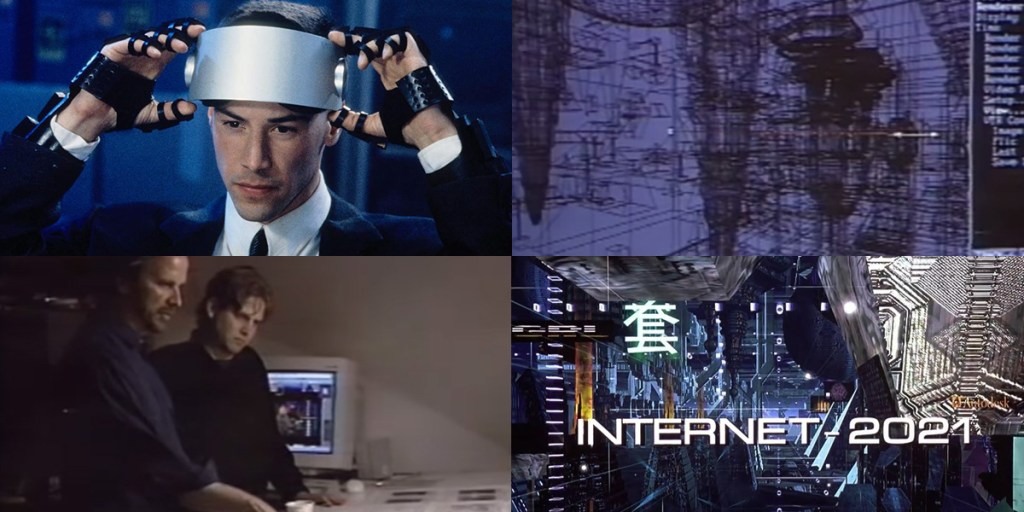 At the time, PCs were not being used heavily for Hollywood VFX.

One of the film’s landmarks sequences is a journey through ‘cyberspace’, a feat realized by Sony Pictures Imageworks (visual effects supervisor: John Nelson, with other key contributors being Frank Foster, Jamie Rama, Tim Miller, Brummbaer and George Merkert).

Back then, the studio largely created the virtual world in Kinetix’s 3D Studio on PCs, at a time when most feature film VFX work was being done on SGI machines.

There’s a great history of the VFX work available here, and in this old episode of Discovery Channel’s Movie Magic, embedded below. Enjoy this retro journey into visualizations of the internet!