For part 3 of our Jingle Jangle coverage we’re diving into Framestore’s work on Buddy 3000, another creation from toymaker Jeronicus Jangle. Hear directly from the film’s VFX team, below.

Carlos Monzon (visual effects supervisor, Framestore): For Buddy 3000, we needed to match the actual prop that was used on set, and the element that required love and care was Buddy’s heart. We had to make sure that all the gears that were inside his heart could be animated and that they would react properly to the lighting that was on set. All the shaders and textures were based on the actual prop.

Eric Guaglione (animation supervisor, Framestore): Buddy is the polar opposite of Don Juan. Buddy was conceived by a child, as a playmate. Buddy’s design, with his big head, even suggests a top-heavy toddler. We observed references of children and began with animation tests that mimicked an unstable toddler. However, David, the director, felt Buddy was coming off too young. We then pushed the character’s age to more closely match the lead kid character, Journey, which David felt was spot on. Buddy’s curiosity, and a slight clumsiness, embodies a real kid, but he’s also a very quick learner.

Brad Parker (production visual effects supervisor): The reference Framestore used included videos of children learning to walk or kids rollerskating or those kinds of things that really brought that sense of childlike fun and playfulness and discovering your own physicality along the way. That’s what really clicked for the director and led us down this path of Buddy as a ‘puppy’. He’s very top heavy because he’s got this big head and so we thought about how might that inform the way he walks or he’s got these skate wheels. 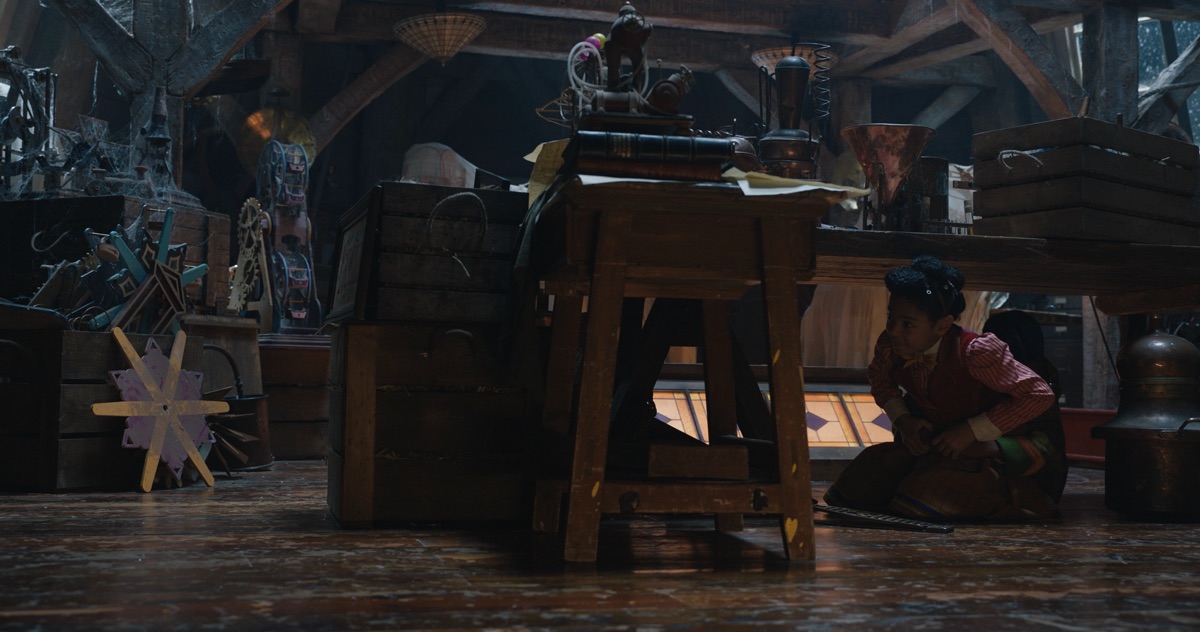 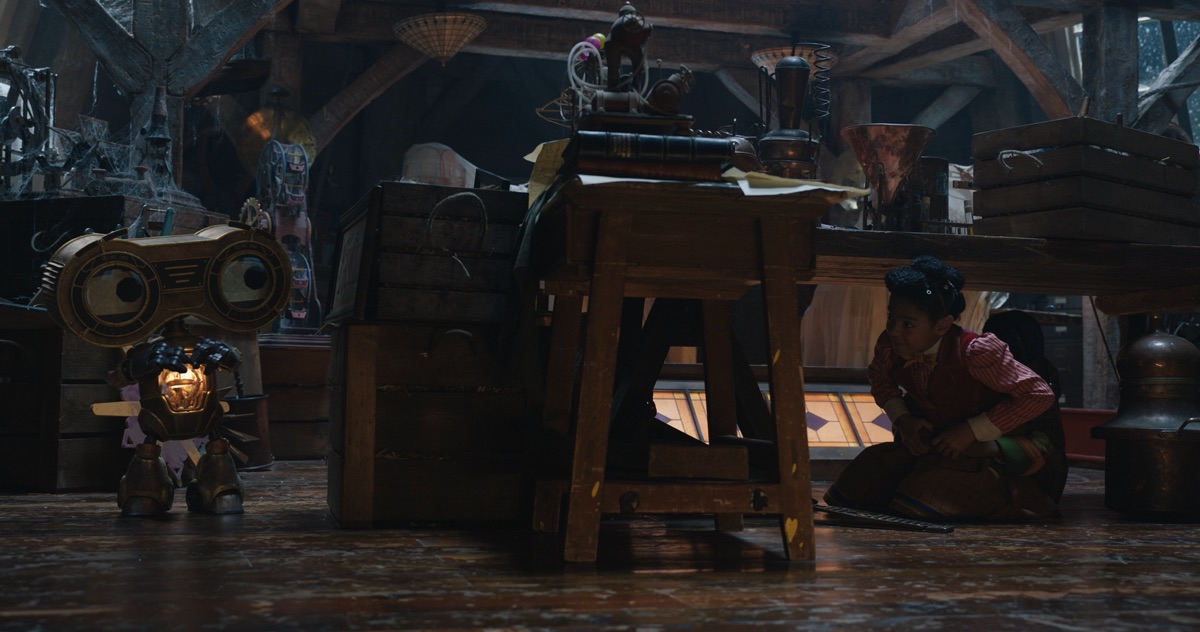 Eric Guaglione: Finding Buddy’s character was surprisingly challenging. As mentioned earlier, he’s childlike, and originally had no dialogue. What we found to be key is to avoid letting the mechanical nature of his construction dictate his performance too much. If you watch carefully, it’s only in the first handful of shots where he’s the most rigid and mechanical, but as soon as he “warms up,” he moves more freely and exudes the childlike charm we were seeking.

Another key to Buddy’s animation was gaining an understanding of real-world weight. Once we got a sense of how much each part of his body (should) weigh, then we could more consistently animate overlap, which really sells Buddy’s presence in the world.