The Don Juan toy and its journey to the screen.

The second part of befores & afters’ coverage of director David E. Talbert’s Jingle Jangle: A Christmas Journey looks at the creation of Don Juan Diego, a 12-inch matador who is invented by toymaker Jeronicus Jangle, but who does not want to be mass produced.

What was on set

Carlos Monzon (visual effects supervisor, Framestore): The production hired a company to build practical maquette/stand-in versions of Don Juan (and Buddy 3000). These maquettes were based on concepts from our art department that the director had previously approved. The maquettes were fully functional and were used in shots where the characters were inanimate or when the actors had to interact with them. 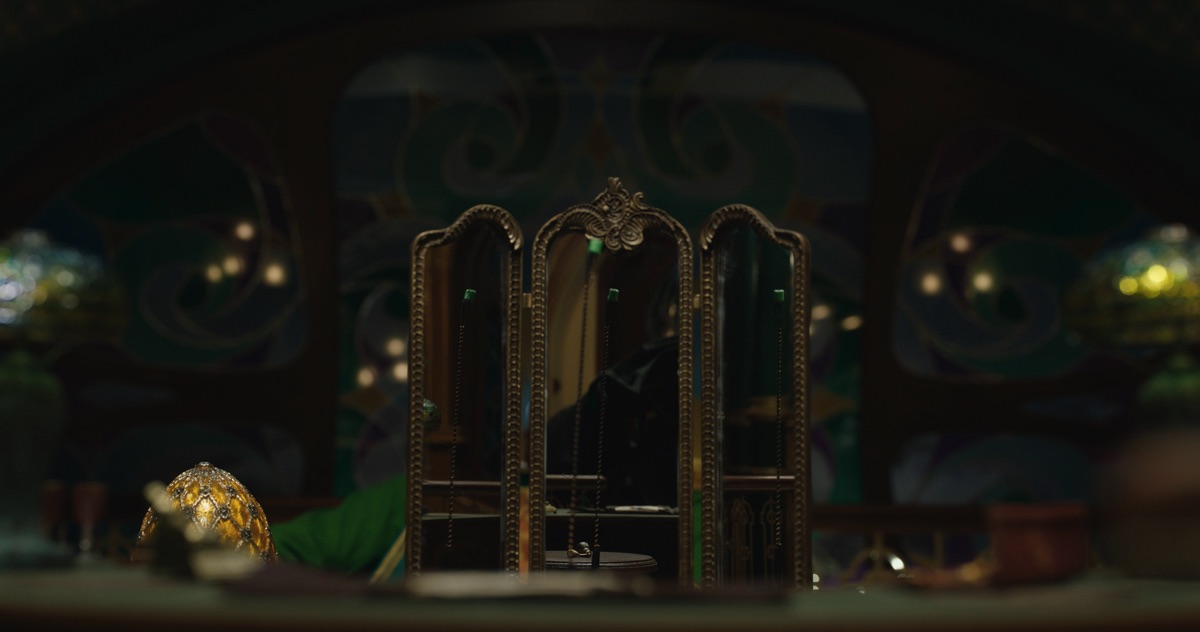 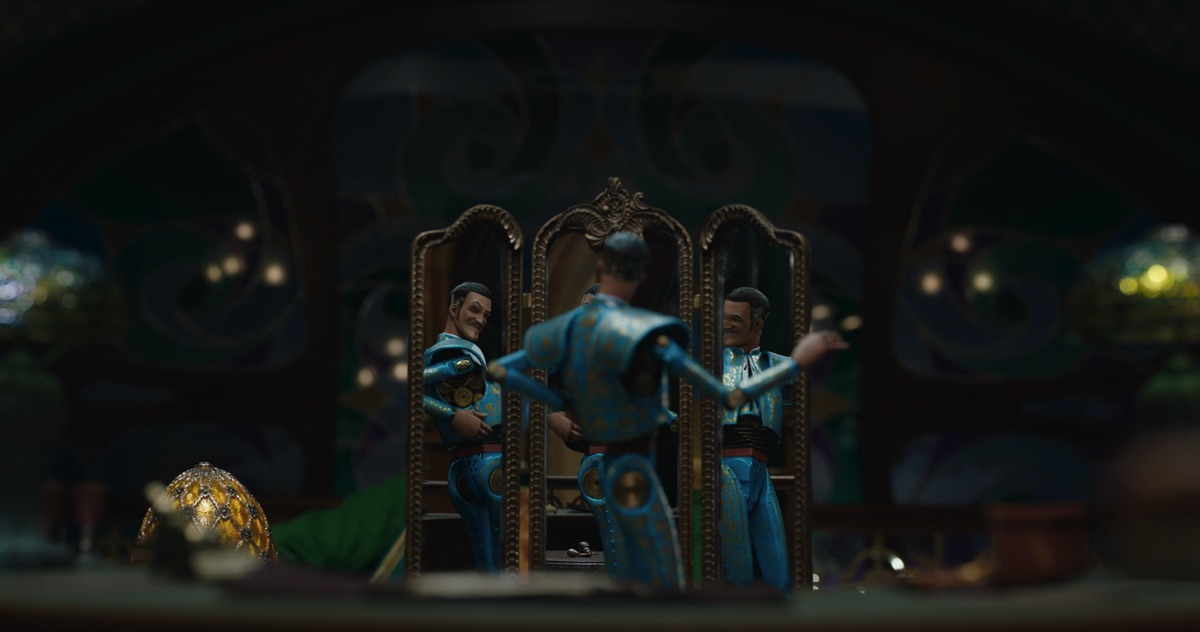 The maquettes of Don Juan and Buddy 3000 were eventually replaced with our 3D assets whenever the characters needed to be animated. These maquettes allowed us to get excellent lighting references for all the shots that would eventually require an animated CG character.

In order to quickly start visualizing Don Juan in the edit, the on-set production used an actor in a Xsens Motion Capture suit combined with an Ncam capture system to get a first pass of pre-viz with Don Juan in real-time! This allowed the actors to visualize what they were interacting with and it provided the director and editorial team with a rough first pass with a stand-in of Don Juan for their edit. Once principal photography was completed, we quickly started post-vizing the whole film in order to supply David and the editorial team with a rough first pass of the animation.

Brad Parker (production visual effects supervisor): The team at Framestore did a phenomenal job at creating a series of tests on what his personality, what his actions, what his physicality could be overall. When we dialed in on that attitude which was smarmy Matador, everything else fell into place. He’s clearly incredibly over the top in all of his reactions and ridiculously pompous at the same time. And that adds to the natural humor of who he is.

Eric Guaglione (animation supervisor, Framestore): We first observed matadors and flamenco dancers—which surprisingly have a direct connection in terms of their body language. The flamenco dancer often strikes the very same poses seen in the bullring, but with added flourish. These were the perfect launching points for us to explore that broad body language, in the context of a 12-inch high villain oozing with bravado! In our earliest animation tests, I kept pushing for ‘more arrogance!’

Brad Parker: Ricky Martin himself also did a couple of days of detailed performance capture. And the animators also videotaped themselves going through certain motions. Then there was lots of reference pulled from so many different places. That was all put together by Framestore into this sort of bouillabaisse of performance, where there were these very dense video clips that were laid over any particular shot that showed a little piece or a little snippet of a flamenco dance, or a little piece of a Matador, a little piece of performance capture a Ricky Martin of the animators. All of that was averaged together into hand animated performances. 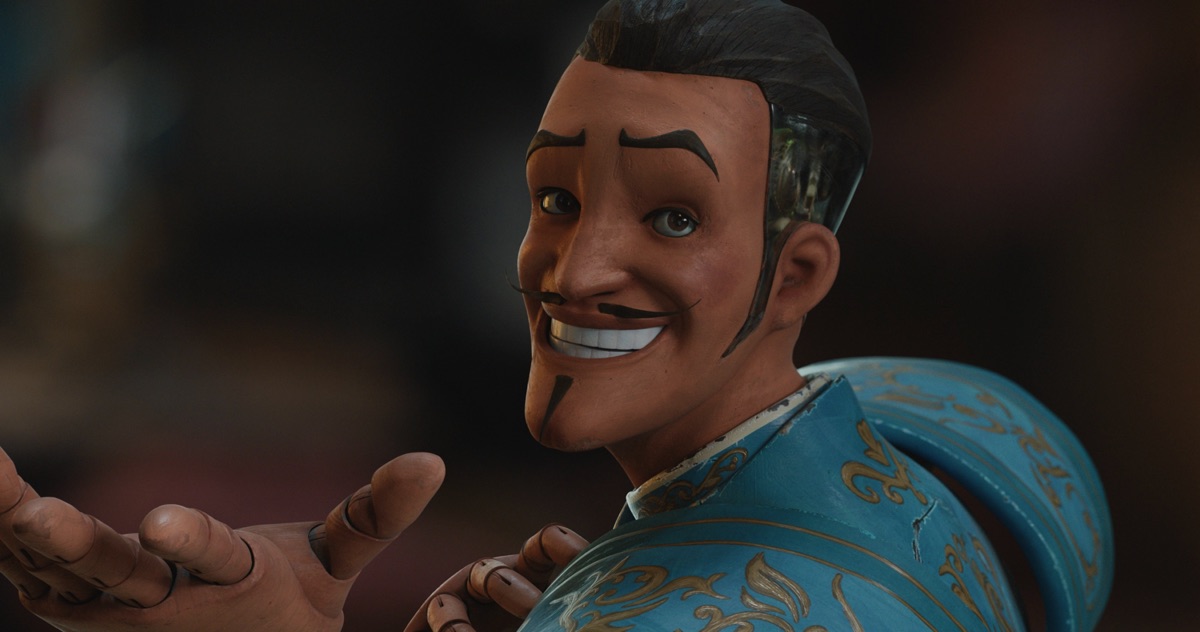 Eric Guaglione: Don Juan’s animation performance was entirely keyframed. Our goal was to create an over-dramatic character performance that adhered to Don Juan’s 12-inch tall mechanical physique. HIs size and construction were to play heavily into the performance choices, such as with the springy accordion mid-section, which allowed for huge amounts of stretch and twist when needed, and the floppy shoulder pads, which provided some wonderful overlap.

Because the entire performance, especially the musical numbers, required extensive pre-planning, I briefed groups of animators entire beats of performance, and emphasized we animate what Don Juan’s thinking, not merely what he’s doing. To make the point, I asked everyone to act out their scenes, which is a love/hate experience for some of our animators! But seriously, having them review selected references of matadors, flamenco dancers, and experience what Don Juan was thinking for themselves, assured that the whole team was on the same page. We have some very entertaining edits featuring these references! 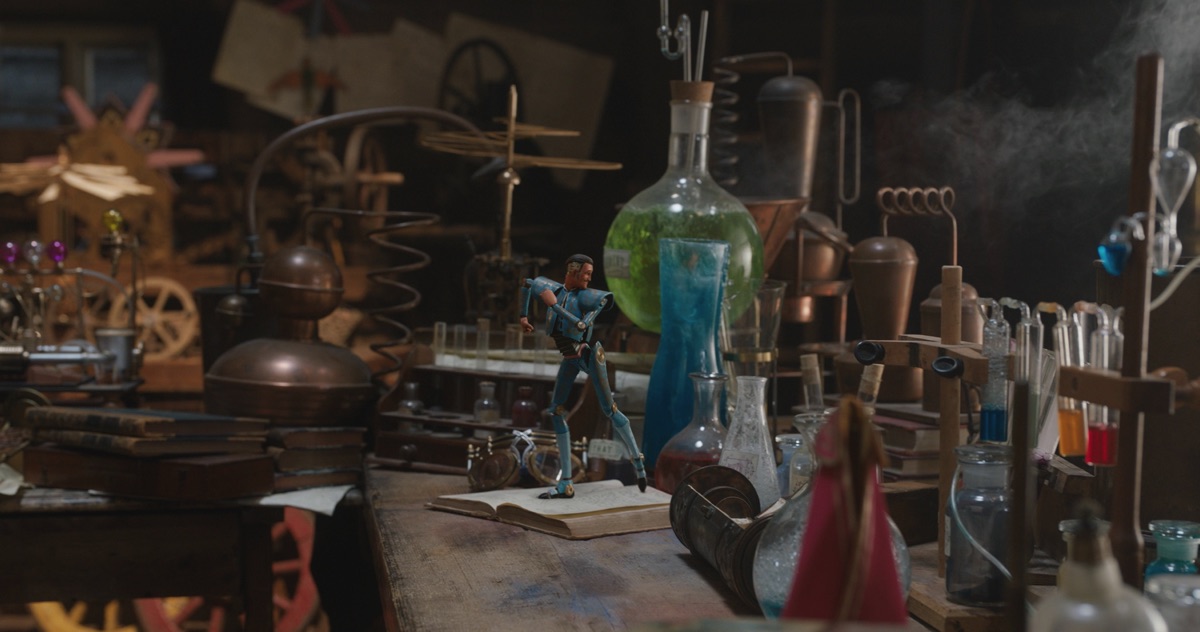 Integrating the character into the scenes

Carlos Monzon: We decided early on with Brad Parker that it would be better to completely replace Don Juan in all the shots. This allowed us to have complete control of the final look of the character. Our only constraint was the scale and proportions of the maquette that we had to match. We based Don Juan’s look on 19th century toys made of wood, ceramic, brass and metal. We wanted Don Juan to feel real and we spent a great deal of time on the textures and shaders in order to achieve the hand painted look. We referenced antique hand painted tin toys for his metal costume, old watches for all his internal gear mechanisms, ceramic and clay dolls for his skin and carved wooden toys for his hair.

During the shoot we shot multiples takes for each shot, usually we used the stand-ins takes for lighting and scale references. We generally shot a take with and without the stand-in props and after that we would shoot our lighting references of the chrome and grey ball through the camera. This provided us with an excellent lighting reference and allowed us to see how the material of the maquettes reacted within the different lighting scenarios. We also used bracketed HDRI still photography of the set in order to get proper reflections on Don Juan and Buddy’s reflective surfaces. 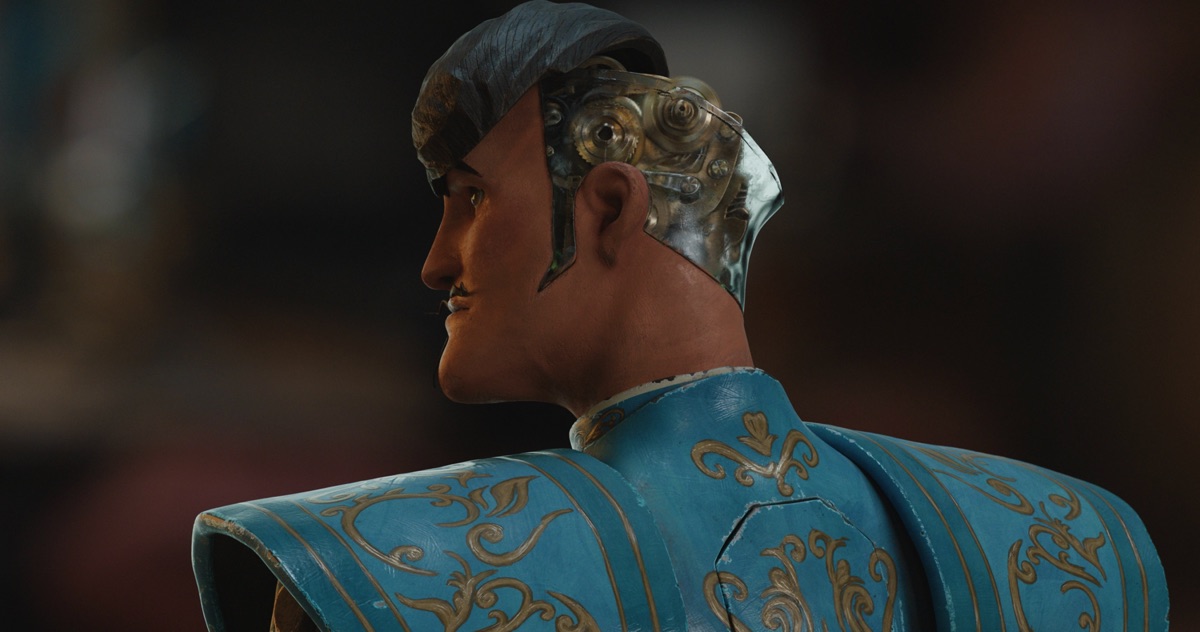 Carlos Monzon: I believe one of the most difficult shots we had to achieve was the one when Jeronicus is holding Don Juan in his hands and turns off the switch that is located on Don Juan’s back. In the actual plate, Forest Whitaker was holding a practical maquette of Don Juan that only had a head and a torso. We had to match the movements of the maquette and make sure that our CG model lined up perfectly with the position of the actor’s fingers. We then painted out the maquette and replaced it with our CG animated Don Juan. This shot required a few rounds of tracking and animation in order to get to the result we see in the film.