What Sony Pictures Imageworks’ FX team delivered for the film.

Explosions, magic, water sims, particles—these are things traditionally associated with FX work on an animated feature. But these days the FX department also tends to get involved in so many additional areas of production, especially where procedural techniques can help benefit workflows.

That was the case to some degree with Sony Pictures Imageworks and Glen Keane’s Over the Moon. Effects animation supervisor Ian Farnsworth explains further, to befores & afters.

b&a: I sometimes think audiences might not realize just how much FX sims and FX techniques get used in animated films. Can you want to give me an overview of what sort of work you oversaw for the film?

Ian Farnsworth: Yes, I’ve found lately that the FX department has kind of become this generalist department; they are a ‘do anything’ kind of department now. We do tend to branch out and do things that aren’t explosions or dust or destruction or even water simulations. One of those big things on this film was the Lunarians, the rig for them actually ran through Houdini Engine. And we used VDBs and we created procedural volumes for them. 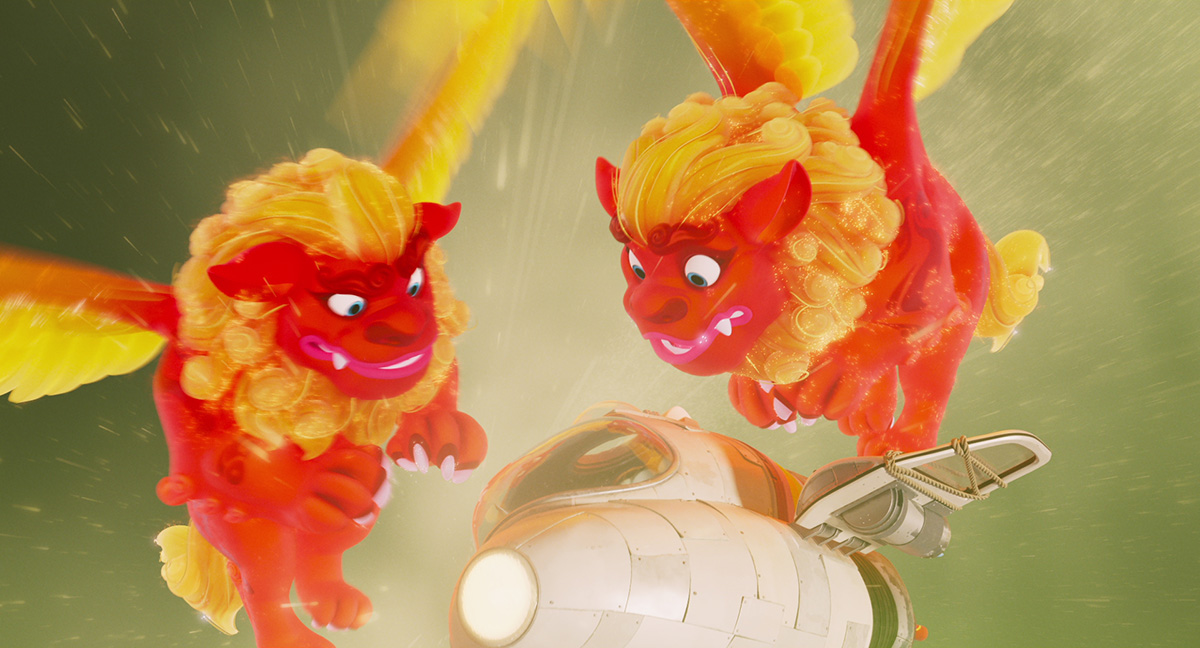 b&a: Tell me about the rig for Lunarians and why that went through Houdini Engine.

Ian Farnsworth: Well the direction was, ‘We want these things to be blobby and to be able to change and have something disconnect and reconnect and have it all blend together.’ Doing that with a traditional rig in a different tool can mean it’s much harder. I thought, ‘Oh, this should be really easy in Houdini,’ so I whipped something up and I started working with one of the riggers on getting it into Maya in an actual rig they could use.

b&a: Did that relate to all the characters? How would that have worked for say, the dog-like character, Gobi?

Ian Farnsworth: We actually did a skin deformer in Houdini for Gobi. And that one was a little different, where they had a traditional rig in Maya for that but then in Houdini we would run a post-process after animation published. For all of the scales, the skin deformed over him. I feel that’s something you could probably do with Bifrost now, but again, because we have the power of Houdini at our fingertips, we could also give that to more people who know it really well in our studio. I could set that up, but then I could just be, ‘Hey, can you take a look at this?’ to any one of the FX team and they could come up with a fix or a change if something wasn’t working right. 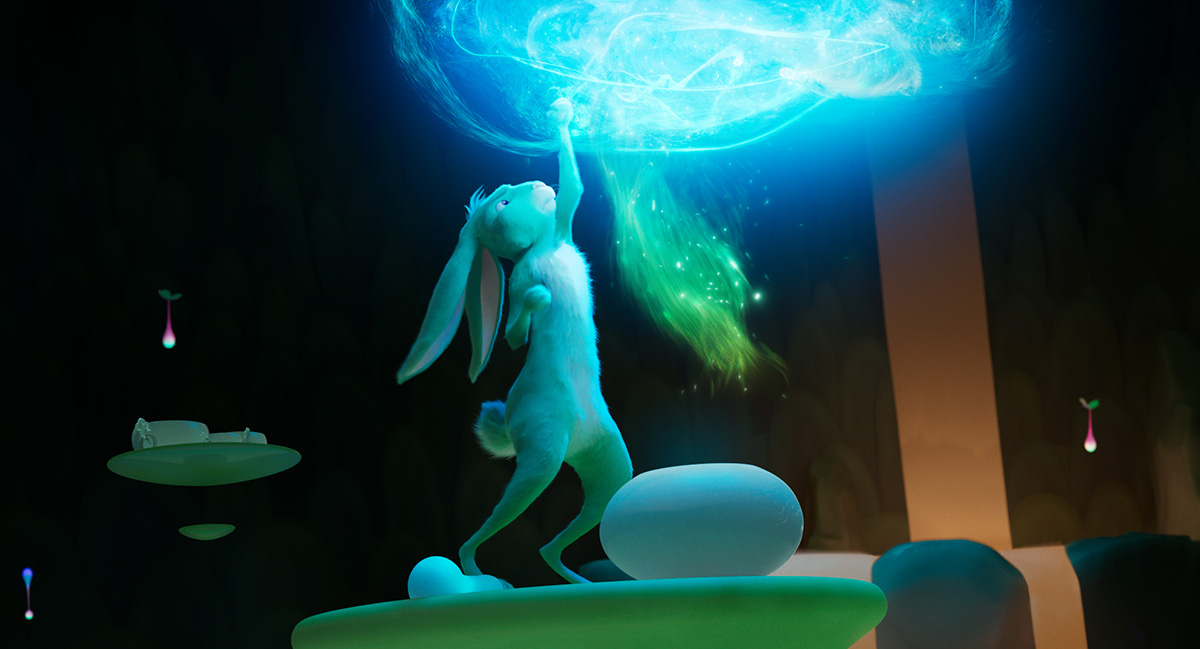 b&a: And the lighting of these characters, how did Houdini or your work form part of that?

Ian Farnsworth: We had access to all the attributes and the entire rig inside of Houdini, so when we went through Houdini you could add custom attributes for, say, glowi-ess on their skin. We created a bunch of volumes based on that mesh, the high res version of the mesh. We had a volume for the body. We had a higher density volume in the arms. We created an extra volume for the eyes and mouth and helped sculpt that look. They weren’t just a uniform density, so using our sub-surface solve in Arnold got very tricky so we actually ended up baking out real volumes that animated with the characters and provided us with all the right attributes that we needed to get the look we wanted.

We worked a lot with the lookdev team on all of that, making sure everything worked, that we could override the normals and make sure everything was nice and smooth. For all the characters that are in the background, we didn’t render those as volumes. We just switched off the volumes for those instances and switched the shader.

Actually, that’s another thing that we ended up doing that was pretty cool, was having the stadium full of dancing characters. We had a few caches, scattered them around. We use the combo of Sprout, which is our Maya tool for instancing, so animators could actually see their stuff. And then we would also post-process that through Houdini and swap it out for the high-res after, and then as well as pick whether or not it was a pure character or a background character. And those would essentially just switch based on distance to the camera for a shot.

b&a: What were some of the more traditional uses of Houdini for FX, say the meteor hits and other things?

Ian Farnsworth: As the meteors are coming down, we have this huge crater probably from a giant meteor, but essentially within that crater, we have these big meteors coming down. We did fire simulations, have those parented to the meteors that are coming down and when they hit the ground, we fractured them, we hand-animated some of the pieces and sculpted some of that stuff to make it look like the artwork. We did traditional Bullet and Pyro sims for that as well, with lots of debris.

But I think the coolest thing with that was that, Reinhold Rittinger, the FX lead on the show, he created a set-up where we could do layout in one big file and get all the placement and timing right and then distribute that out to all the other shots. In doing so, he saved us a lot of time, instead of hand-placing and hand-doing everything for every single shot, we were able to take in the ones that we wanted to hero out and just do them that way.

b&a: How did you handle any of the fire FX or effects for the rocket?

Ian Farnsworth: For the fireworks—they wanted this nice, streaky look like fake motion blur, so we did that. Or for where the paper rocket tore off to reveal the one underneath, that was done with Vellum, I think with a combo of bullet.

All the magical effects were done with a lot of POPs. I think we used FLIP in a couple of the smaller shots. When the rocket crashes into the moon, that was all done with very traditional methods. We would deform the ground, emit debris, emit dust, emit chunks. The FX team really did a good job of working collaboratively with the client to hit the artistic goals that they had set.