Production utilized a performer in an Xsens MVN suit for the on-set filming of scenes with George, a Delos model G-267 construction robot, including for moments where he is interacting with Caleb (Aaron Paul). 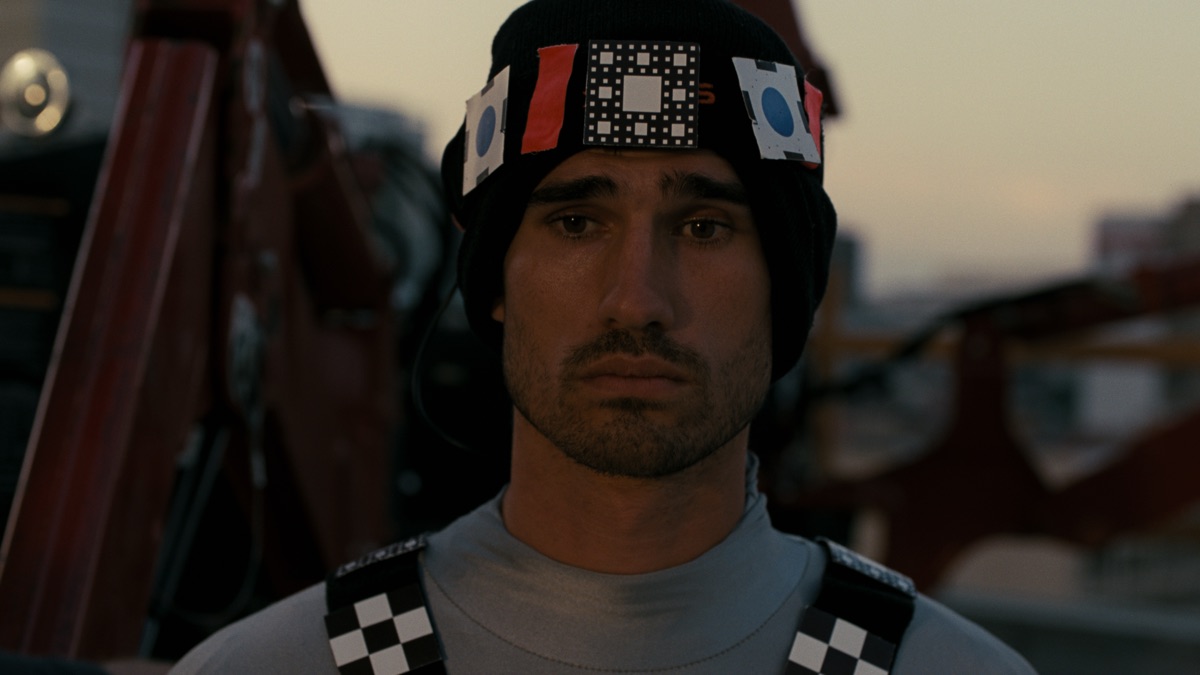 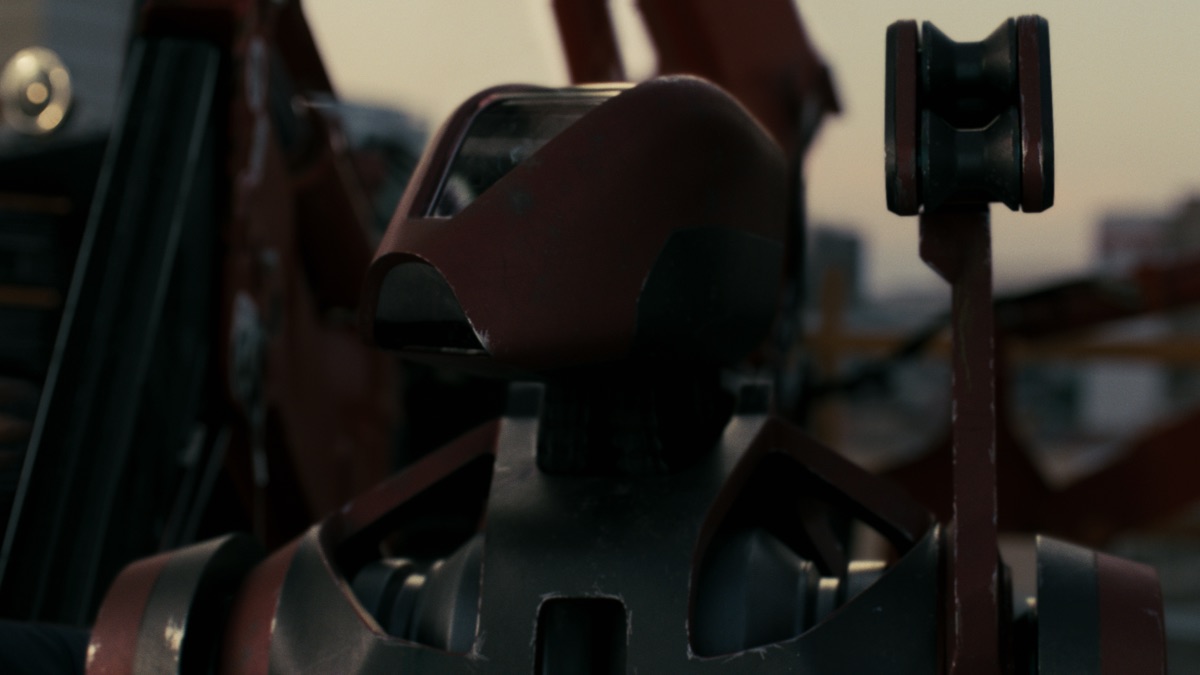 “The idea initially was to take that MVN suit data and just ride it right into our rig and version one would be exactly what the performer did,” outlines Fernsler, who notes that ultimately because of the ‘heavier’ mechanical robotic action necessary for George, a keyframe approach was the main method of animation.

Like the other robots, George went through DNEG’s standard pipeline for building hard-surface models, with Mari in particular used to hand-paint textures, and Substance Designer relied upon for particular edges and small details.

George was, intentionally, the most “cognitively limited of the machines,” observes Wiggs. “We kept calling him the toaster on legs – he’s very much a purpose-built cable layer.” 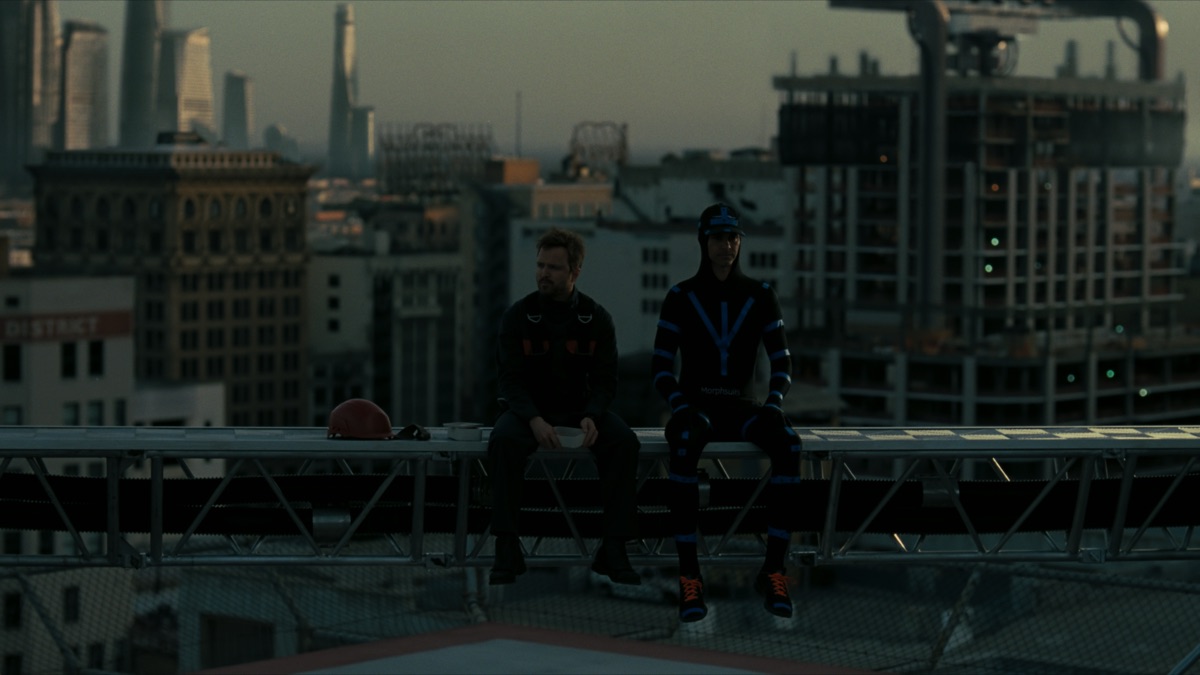 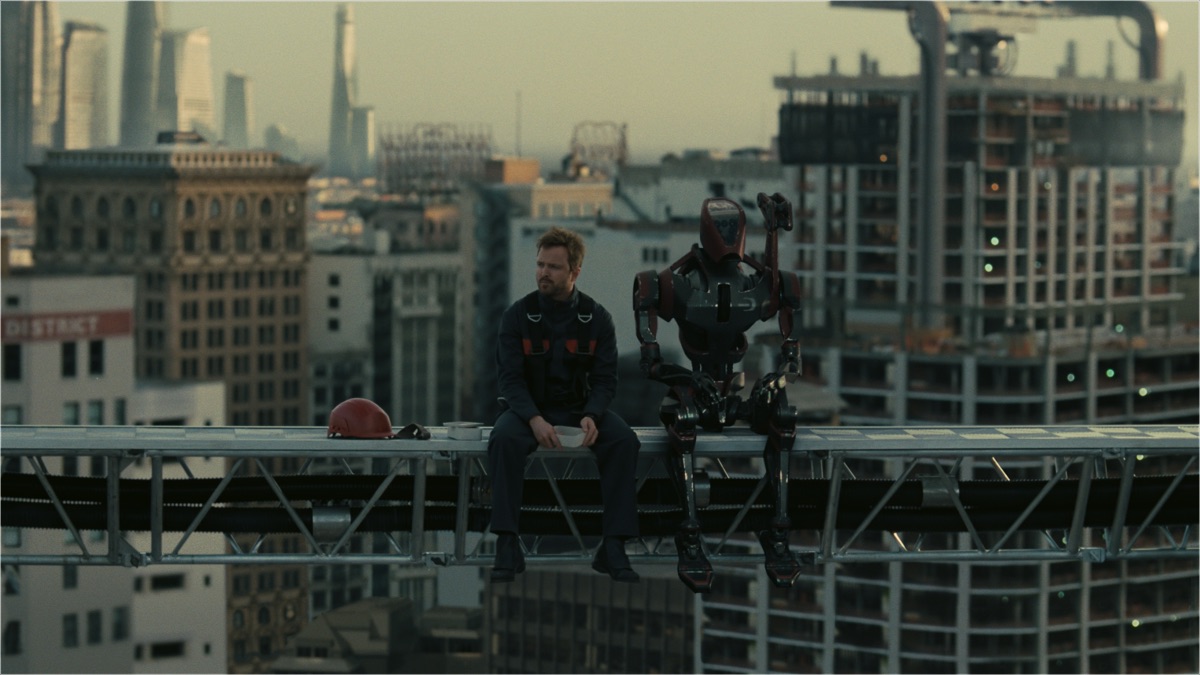 This meant the brief from show co-creator Jonathan Nolan and production visual effects supervisor Jay Worth was to make George’s animation very grounded in reality. “It had to be very gritty and real,” says Wiggs, “and that went for all of the robot characters.”

As noted, the on-set motion capture was ultimately used mainly as reference. “I’m pleased we went all keyframe,” observes Wiggs, “particularly for the later episode where undergoes a slight cognitive switch.”

Harriet, meanwhile, is an Incite HRE-1T Maintenance Drone, more in line with a futuristic Boston Dynamics autonomous robot. Her exterior surface material was designed to be a somewhat rubberized coating as opposed to a hard metallic shell. 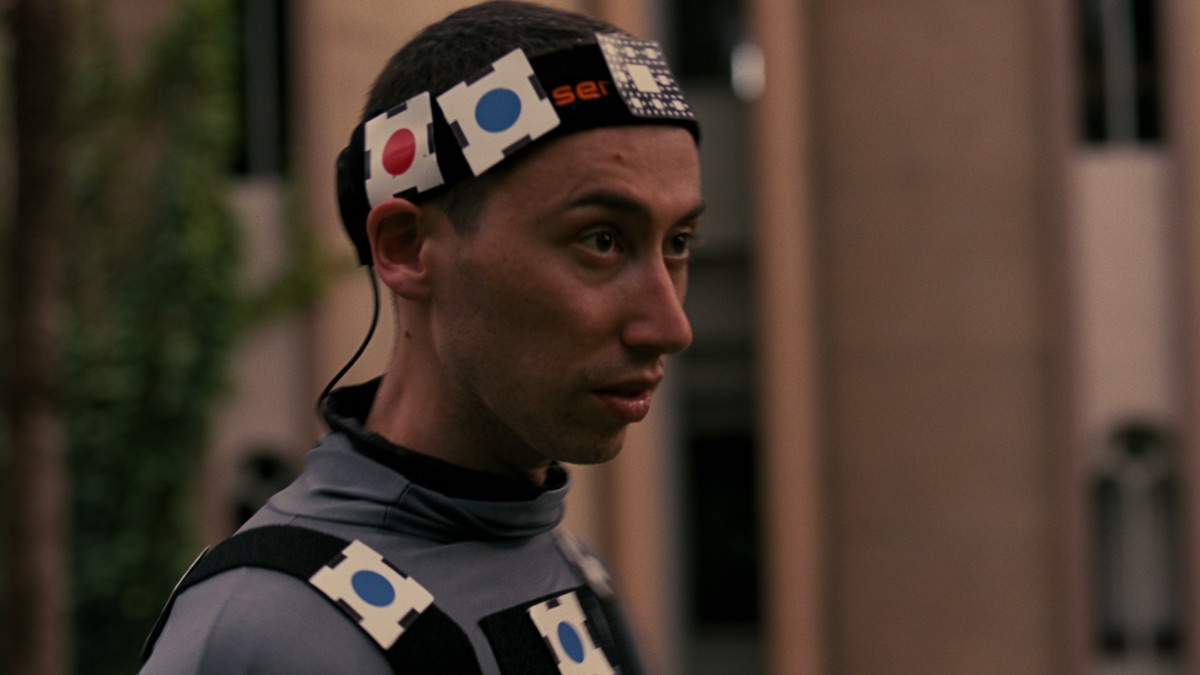 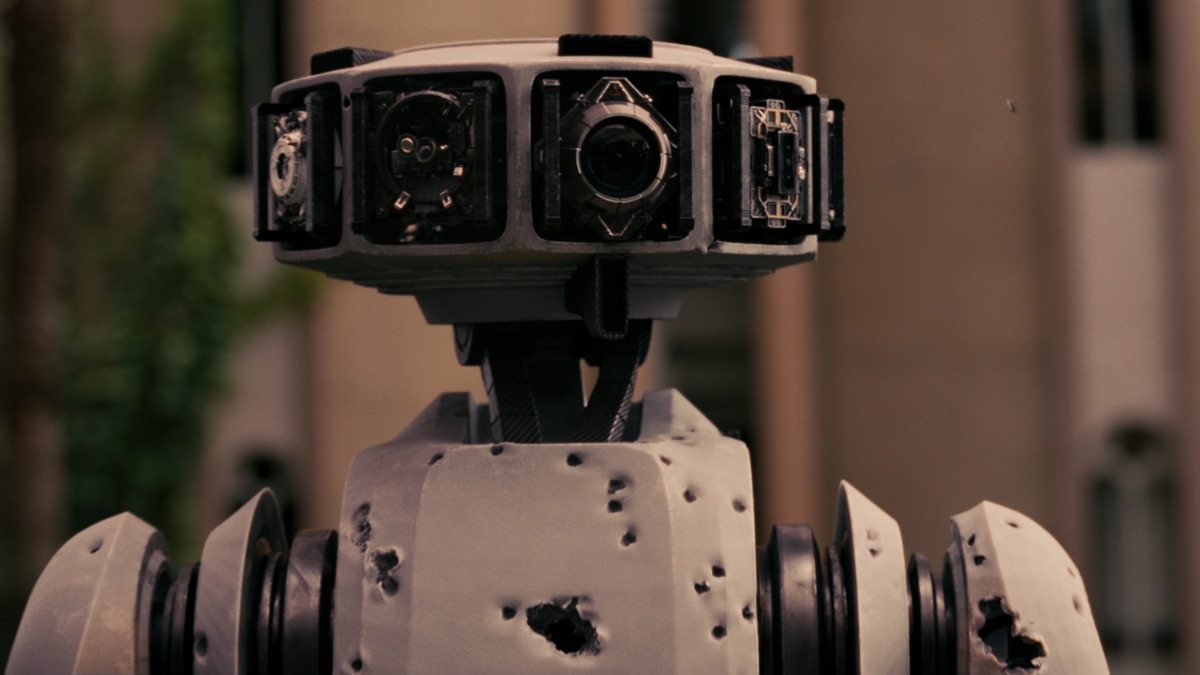 “We went through like a ton of iterations – dark materials, dark metals, light metals, light materials,” recalls Fernsler. “At one point we did have her with more of a translucent plastic shell but I think a few of us thought it looked a little bit like something from I, Robot and we backed away from that pretty quickly.”

Again, a stand-in performer in a motion capture suit acted out the scenes during filming. DNEG was able to use some of that mocap data, while also hand-keying the final animation. At DNEG, animators used their own Xsens suit for capturing specific pieces of action. 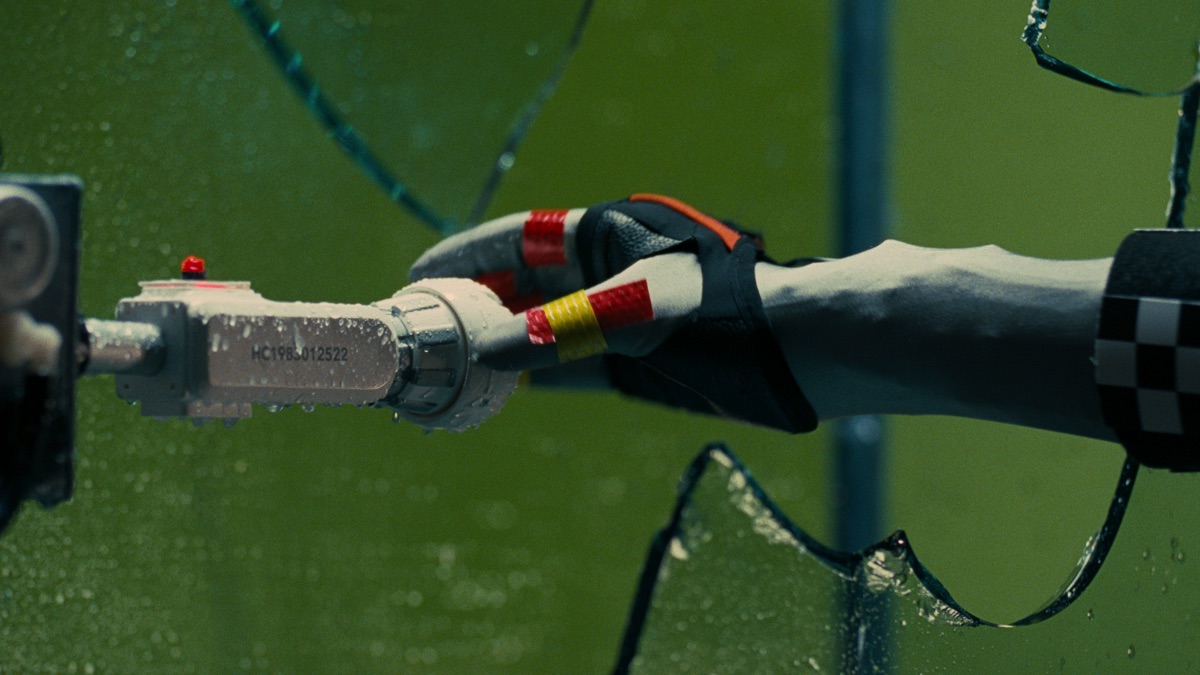 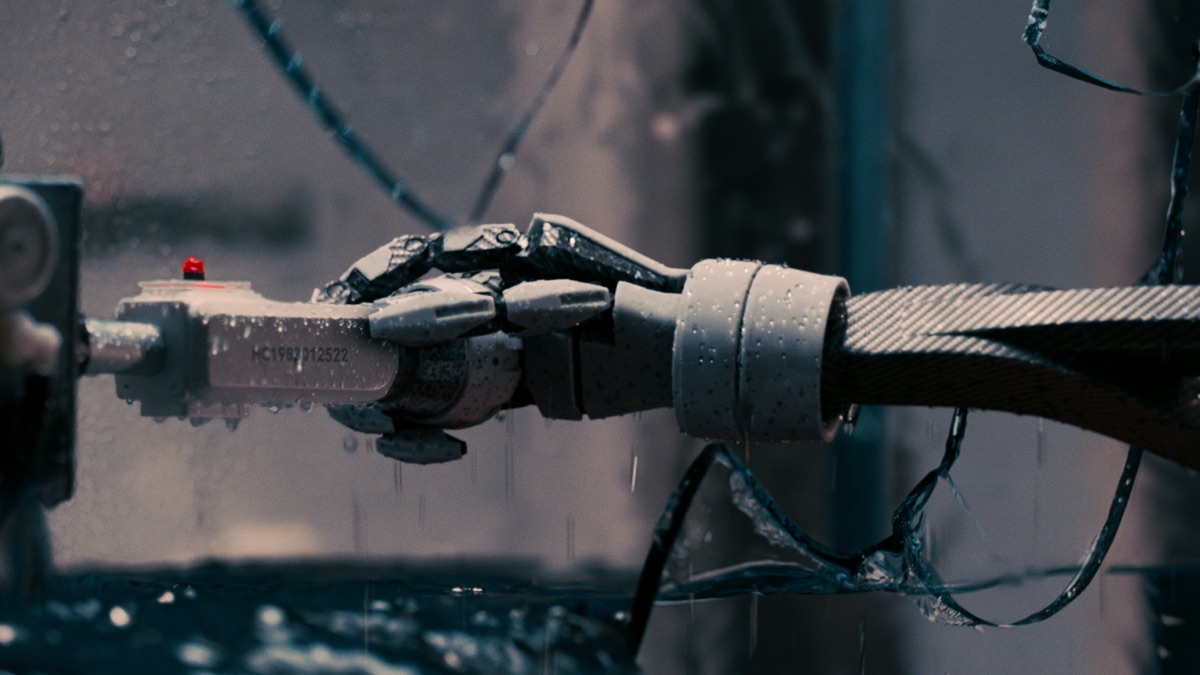 “It was always clear with Harriet that she had to feel feminine – her body mechanics had to feel more recognizably feminine,” details Wiggs. “So we shot reference and mocap with some of our female colleagues.”

In terms of Harriet’s behaviors, Wiggs adds that DNEG had to think about how the kinds of autonomous behaviour we see today in Boston Dynamics’ creations “are all based on being very quickly aware of their environment. That’s how these machines are so good at keeping stable and keeping balanced and they can do all these flips. We took that and plugged it into the idea of them being self-aware. Harriet probably absorbed the most of that kind of feeling.” 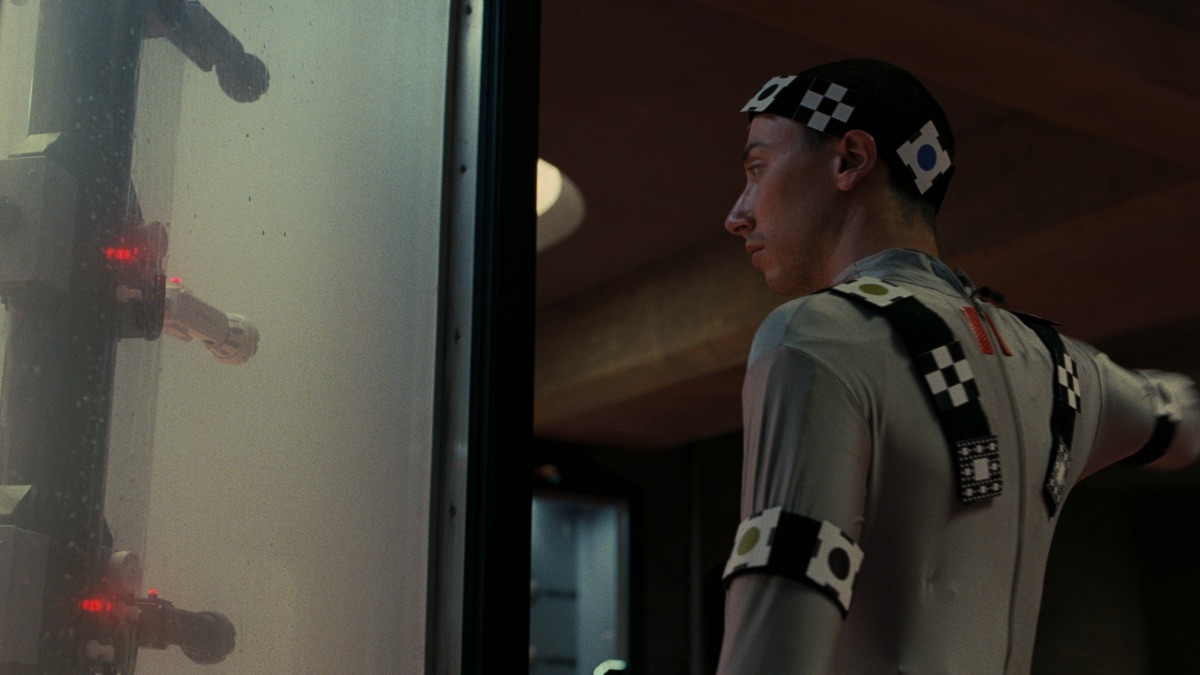 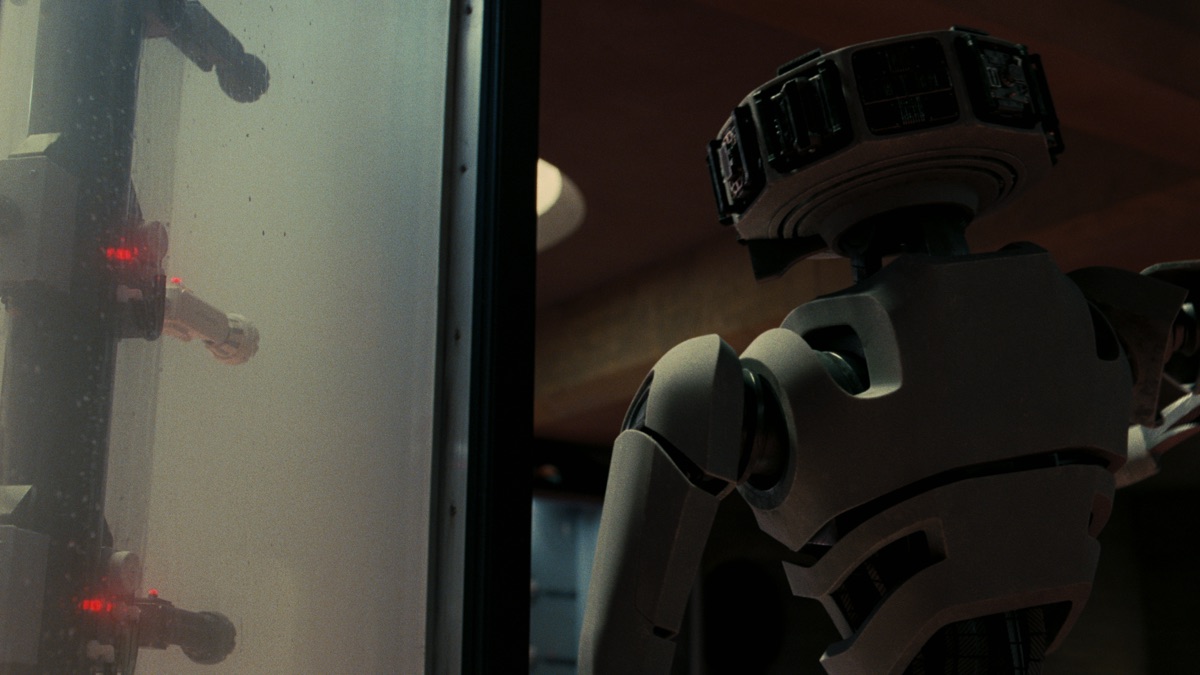 At one point, Harriet is extensively shot at, suffering severe bullet hits. DNEG’s effects destruction approach here centered around a proceduralized approach to layering in the level of destruction in Houdini. “It came in really handy,” notes Fernsler, “because there would be times when notes came back that called for a deeper hole in her structure or a re-arrangement of bullet hits, which we could do easily.”

A moment in which Dolores (Evan Rachel Wood) rips out Harriet’s eye and ‘head snaps’ the robot required extensive contact between the stand-in performer and Wood (see this in the breakdown video, below). A meticulous matchmove helped sell the interaction. However, after the actress had mimed the eye pull-out, she was filmed as if still clutching the eye while also unzipping her jacket. “We actually pitched tossing that away, and then had to replace her hand to have her throw the eye down,” describes Fernsler.

The Delos Riot Control Robot RC3110, aka The Mech, was obviously a less humanoid-style droid for DNEG to build. It existed both in a ‘suitcase’ component form and, once folded out and transformed, in a full bulky ‘attack’ robot. 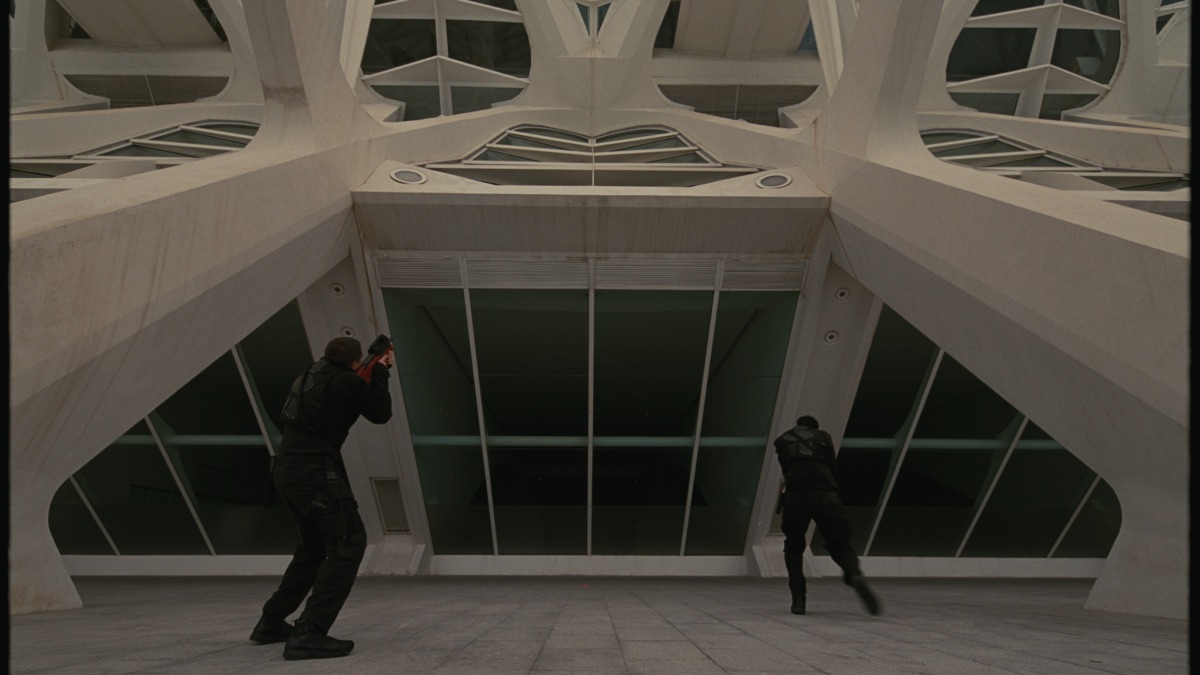 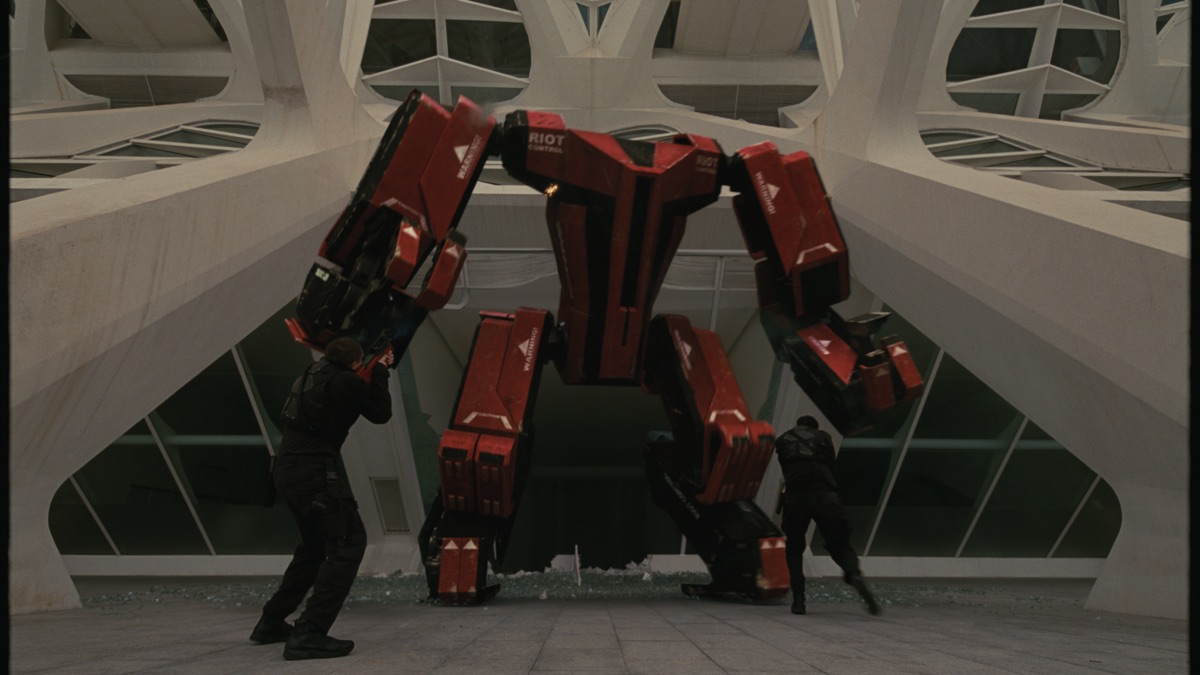 A simple stand-in prop was on set for a scene in which Charlotte (Tessa Thompson) reaches out and touches the Mech. DNEG ultimately replaced the contact point with its CG droid. Later, during the rioting scene, C-stands and pole targets were part of the filming process for eyelines and camera framing.

In terms of animation, the robot’s force was something DNEG had to pay close attention to. Says Fernsler: “Jay Worth said to us, ‘This should be treated like a gorilla.’ We were then immediately all on the same page with the idea of this massive, very heavy, very muscular robot that has a certain amount of grace to all of its motion, but when it’s really moving fast you just get the sense that there’s just no stopping it.” 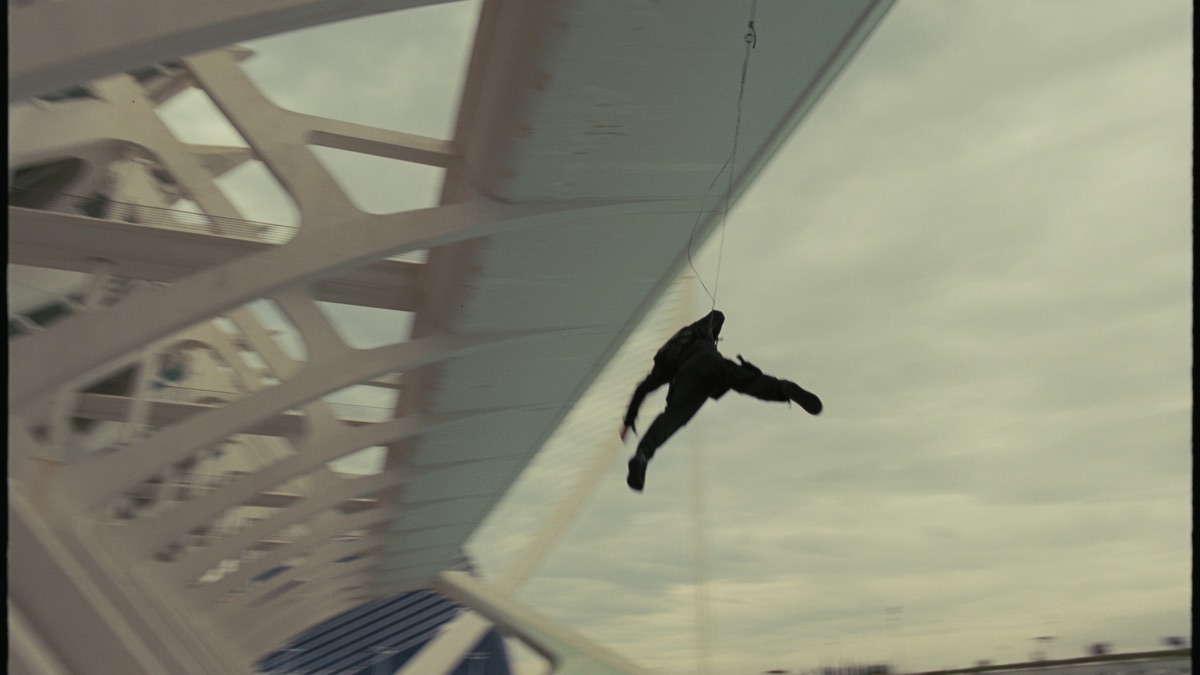 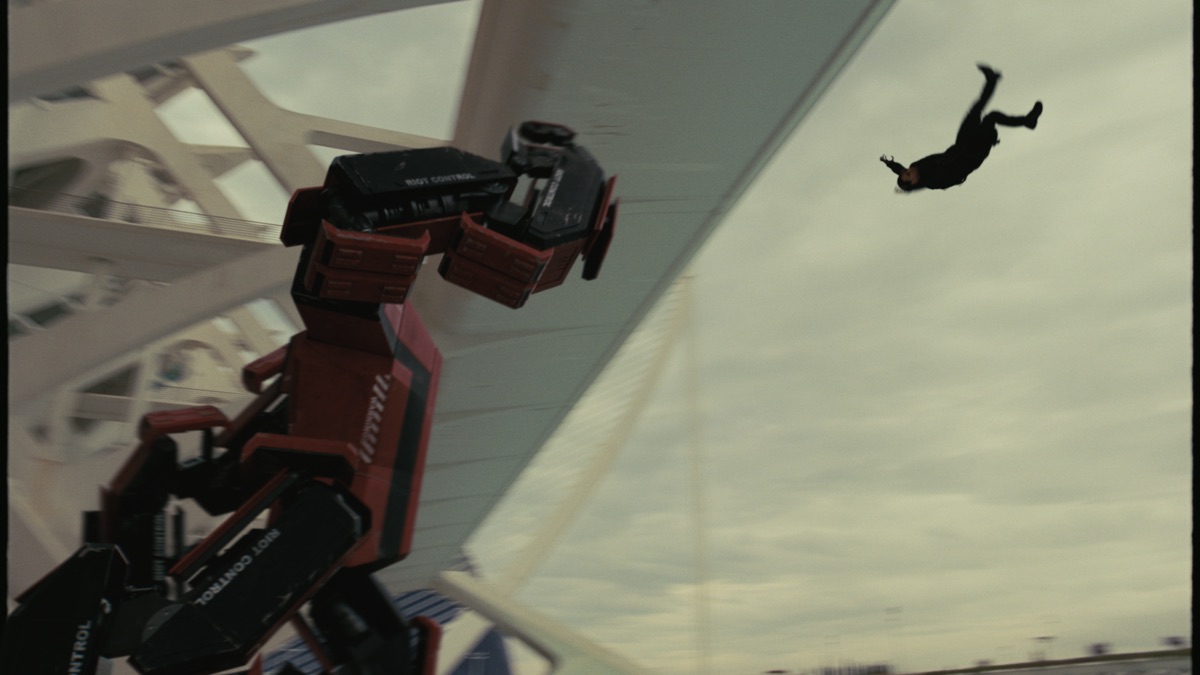 “Once he was in attack mode,” continues Wiggs, “the Mech had to feel like a truck on legs. He had to be incredibly aggressive and pretty terrifying. The most enjoyable moment for me was the sequence when he dispatches a bunch of gunman bursting through the wall. And there’s another great shot where he throws one of them into the pool.”

Rewatch all 3 seasons of Westworld, available on FOXTEL in Australia.