When I saw Terminator: Dark Fate in the cinema, there was an audible gasp at one of the opening scenes: when a younger Sarah and John Connor are confronted by a T-800 at a beachside location. The Terminator shoots and kills John.

It’s a startling scene, and a stunning use of de-aging effects by ILM. The studio relied on actor doubles, the original actors for reference and Disney Research Zurich / ILM’s Anyma system. This allows for markerless facial performance capture, and has already seen use for Smart Hulk in Avengers: Endgame and for the Genie in Aladdin.

For this story, befores & afters spoke to Dark Fate production and ILM VFX supervisor Eric Barba about that de-aging work, plus other visual effects challenges such as the new Rev-9 Terminator and a bunch of the fight sequences in the film.

Note: the featured image above, of course, is from Terminator 2: Judgement Day.

The Sarah and John Connor flashback

Eric Barba: Reading that part of the script initially was a little bit scary because to me it pegged the meter on the difficulty right off the bat, especially with young John. I knew that we would have to shoot real actors. It would have to be head replacement rather than fully CG characters because we needed that physicality. We needed to be able to block it from a ‘how do we shoot it?’ standpoint, a DP standpoint, a sets point, and also be able to figure out what is the emotional tone that our director wants out of it? 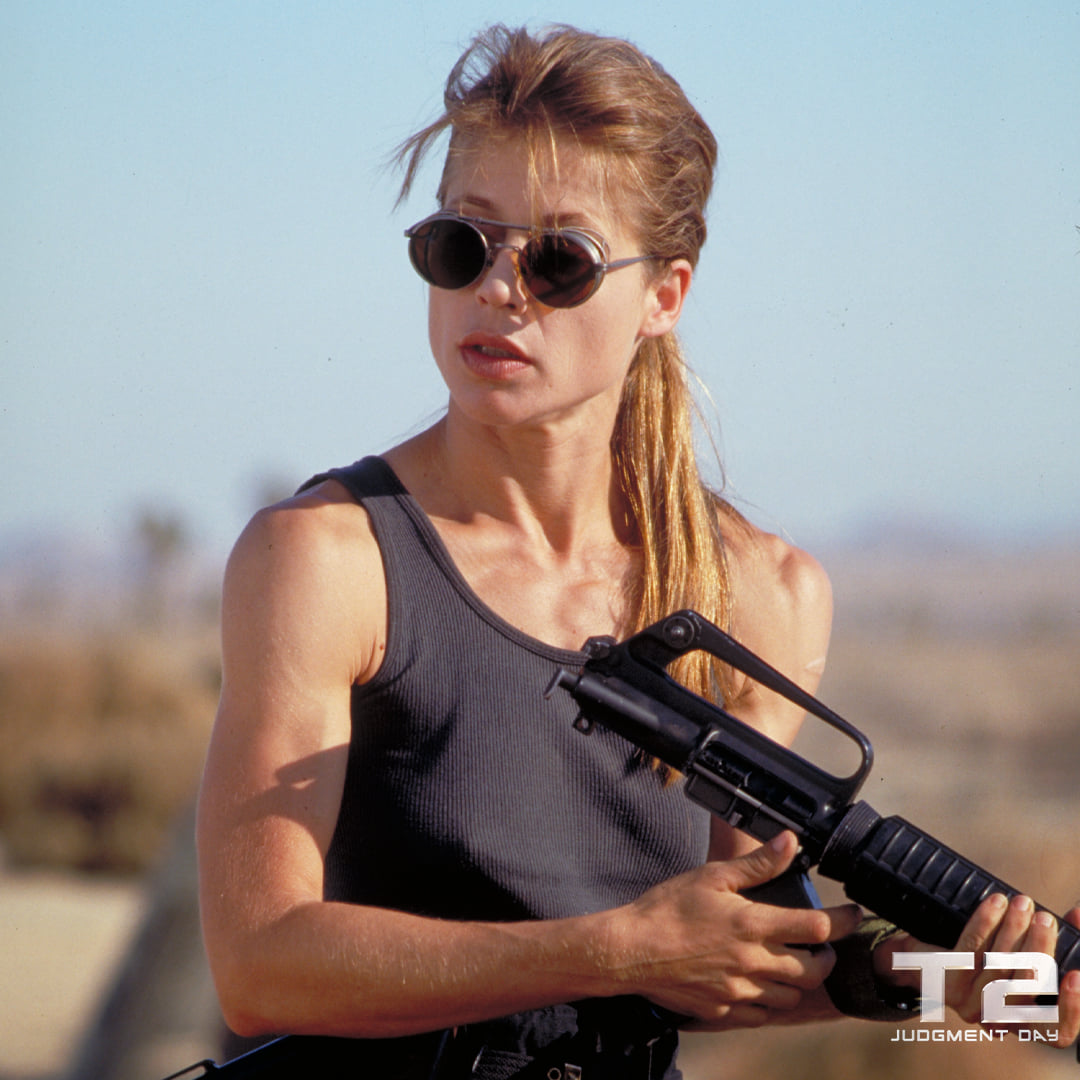 So we needed actors on the day doing that to help provide a guide, for example, Linda Hamilton being there to help coach the body actor for her to make sure that these performances were as true to as actors as possible.

We did end up going with a head replacement methodology based on all of those factors and other things. I’ve been very familiar with that, having done that on a few other occasions. I felt strongly that that would give us the most seamless results.

When Disney Research Zurich shared with me the Anyma process a few years ago, I got extremely excited about that process because, while at Digital Domain, I’d been pushing something similar there. We got close but not at the level that Anyma provides. So at ILM, I was a huge proponent of pushing that technology and ultimately we did push it through on Aladdin.

I worked initially on Aladdin for the first few months to get that project off the ground at ILM and flew to London for a few meetings with Will to do test shoots to prove and show, not only to ourselves at ILM, but everybody, that this was the right approach for the Genie character. Ultimately when I moved on to Terminator, that team saw the value in those early tests. 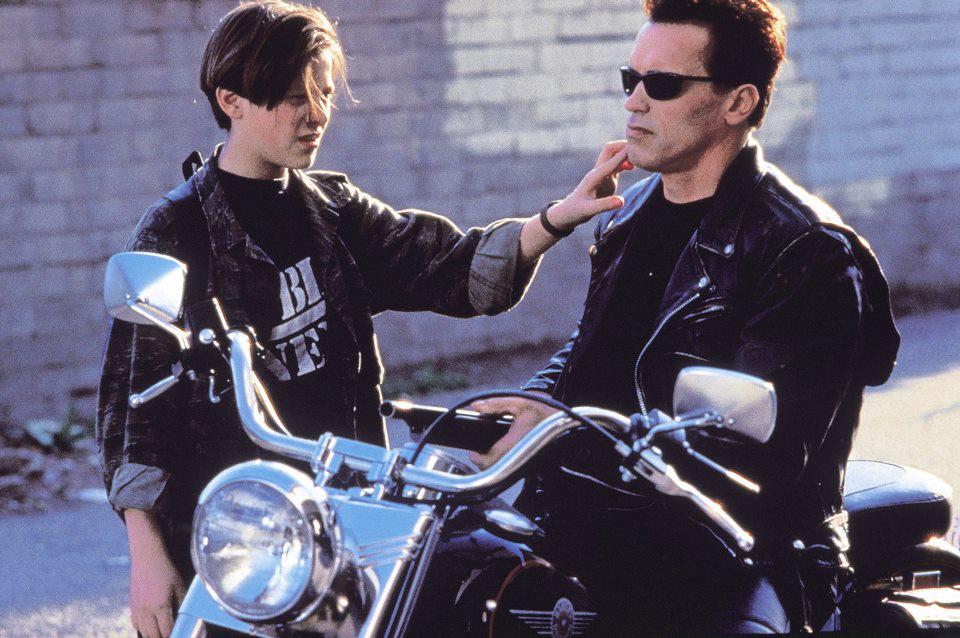 We did the initial shoot with our performers and once we had an edit, then we got Arnold, we got young Eddie and we got Linda to come in and essentially do a mocap/facial ADR session to those performances as they were cut and to the tone of the cut that Tim intended. So, they could watch on a monitor that sequence play out and then perform to the tone needed and Tim could direct them right there with them until he got the performance he was after.

The initial challenge is always likeness. We don’t have access to those actors at those ages any longer and we need such a depth of a library of things to be able to make them move and work. A lot of it is based off of what we’d get off the current actors and then regress back to those younger selves. Then it comes down to these amazing sculptors that are making every little nuance and constantly comparing their renders to pieces from T2 and other films.

Q&A: The hardest shots to get right in ‘Terminator: Dark Fate’

Making a new Terminator: the Rev-9

The original T-800 endoskeleton is an incredibly iconic thing and it to build something that was going to also be iconic was an incredible challenge. Tim had many designers both outside and inside of ILM work on that design. 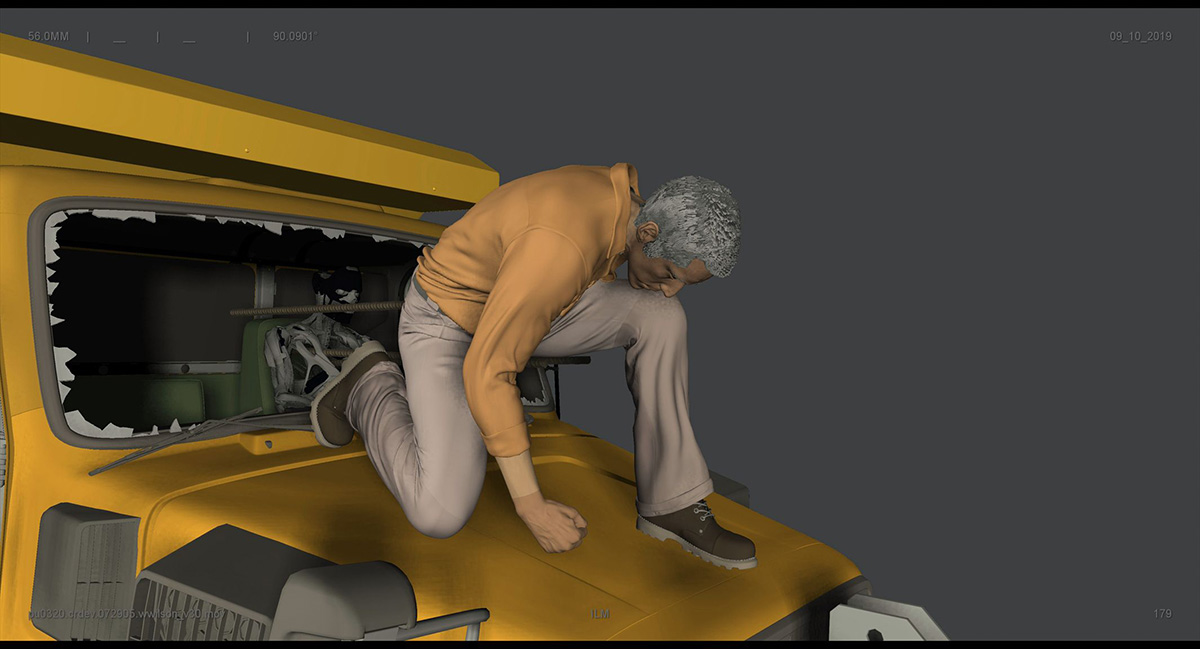 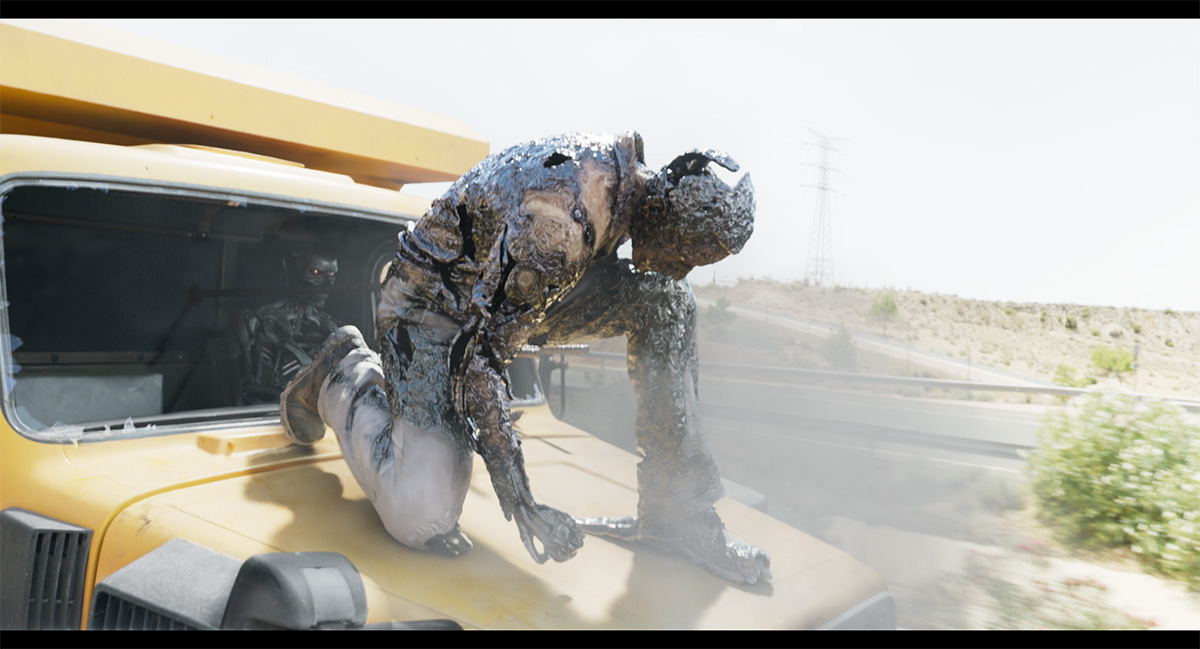 It took quite a lot to figure out what he should be made out of, what he should look like, what color he should be. Instead of hydraulics, he needed to have these carbon fiber muscles, these nano-muscles – the little nuances that would make him more modern and current compared to the chrome hydraulic type of thing that we think of with the T-800.

There was talk at some point of building a fully practical version of it, but because of the costs and the reality of not being able to use it in a full motion way, we knew it had to be a digital thing. We did build a rough maquette, like a bust of the endo – an early version of it. My feeling was that our DP would need something to light to that was black. Ultimately we only used it in a few sequences as a prop to shoot. 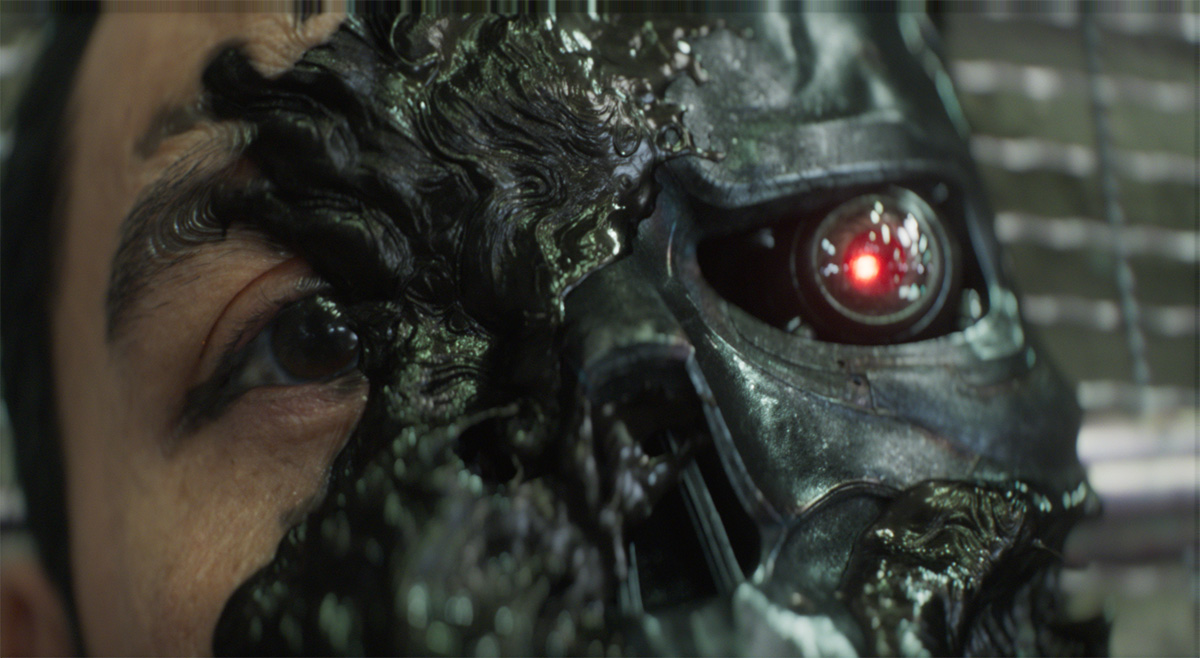 With Gabriel Luna, who played the Rev-9, we put him in a mocap suit, and when we needed to shoot the endoskeleton we’d have Gabe do that performance and he brought a lot of life to it. So we wound up using him to drive it the whole way.

That’s how we got the endo working, but then the liquid was a whole different beast. Tim felt strongly that they should have some intelligence to the way it moved and that we could see the intelligence in the liquid. There was liquid on the outside and then there was this secondary thing that moved on the inside. When he gets shot, we have the ‘chocolate bunny version’, as we called it, on the bridge, which looked different to other shots during the film. 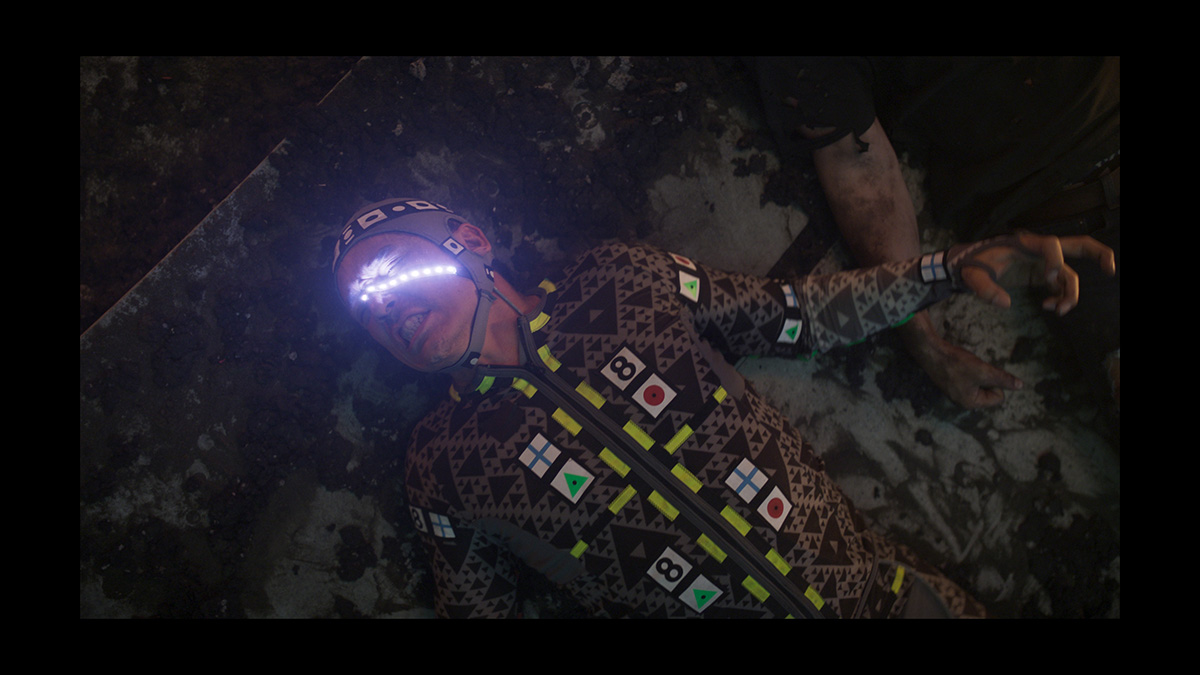 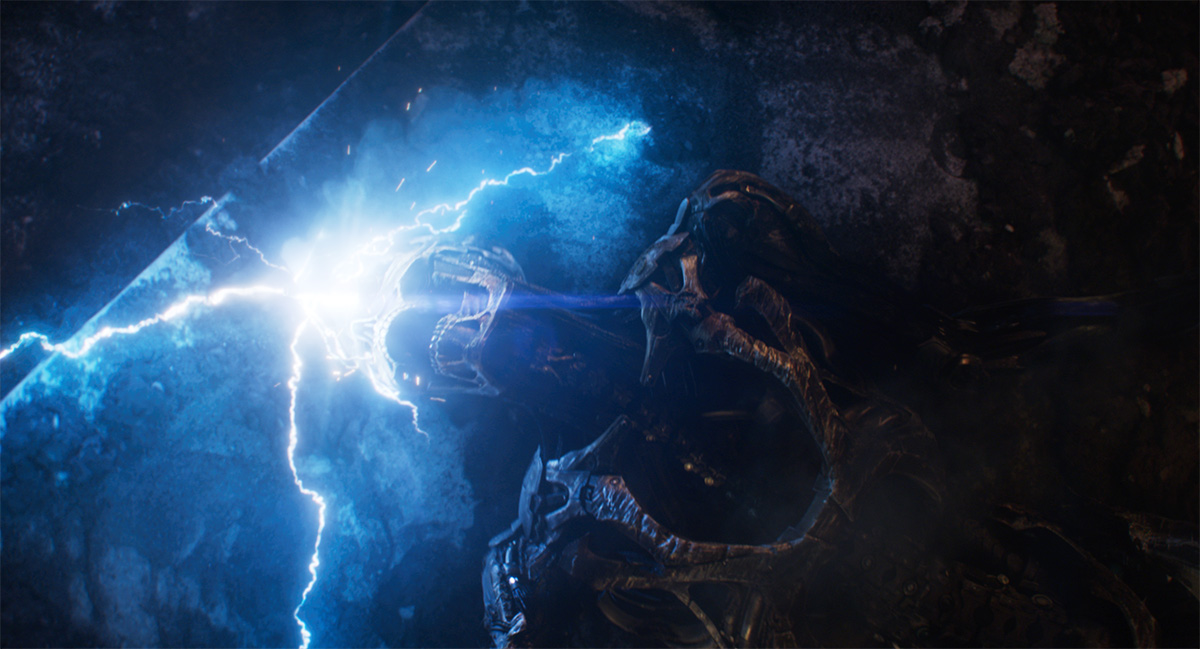 That was another sequence where some of those moves she does with that giant hammer were pretty great. We used Mackenzie Davis (as Grace) and Gabriel as much as we could to do as many of the pieces as we could. And then we had stunt performers on a stage. 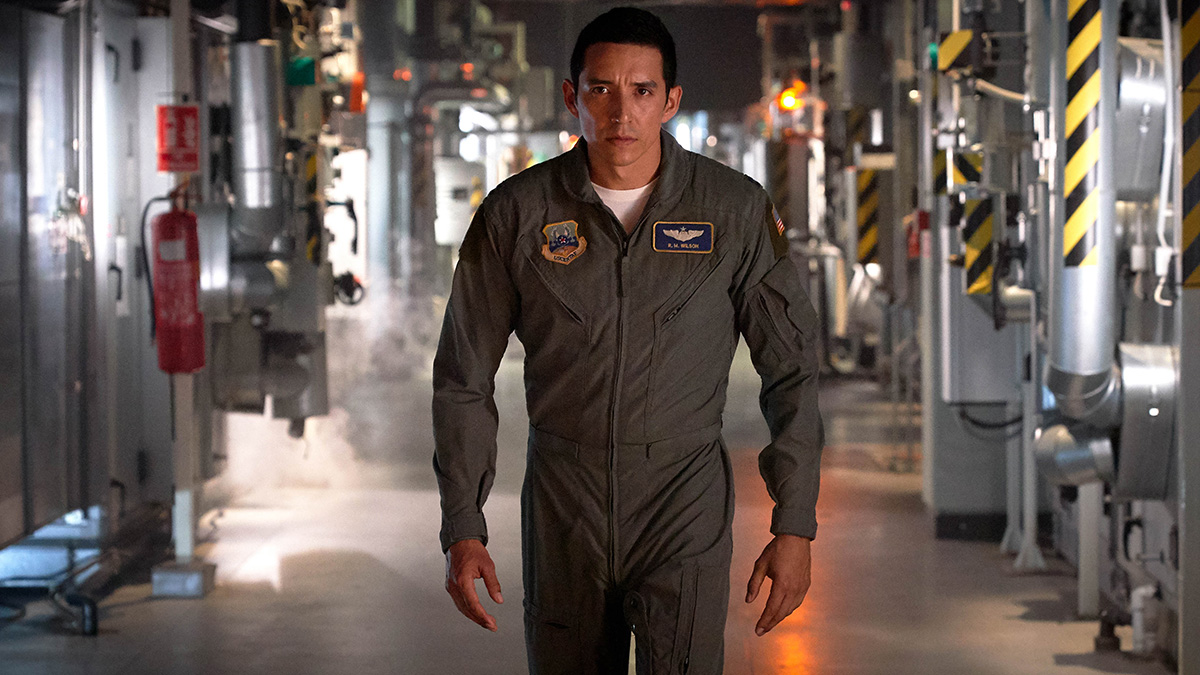 We shot in a real Mercedes factory in Budapest, about an hour outside of Budapest. They were gracious enough for us to shoot outside and then we spent two days shooting inside. It was a weekend, so the plant was down. We were able to shoot there and get some high value production value.

Then we re-built a section of it on a stage to do the stunt work. Digital Domain extended the shots and did head replacements, too. Our stunt performers were on pulleys and harnesses. As Grace swings and nails the Rev-9, he flies into a pillar – that’s all a stunt actor, and then we did head replacements both for Mackenize and Gabriel for a good chunk of that sequence.

This all goes back to Tim’s previs which used mocap to block out the sequence, and the incredible work by our stunt co-ordinator and second unit director. That was probably the most exciting sequence going into production because it was so big and also the most challenging to shoot. 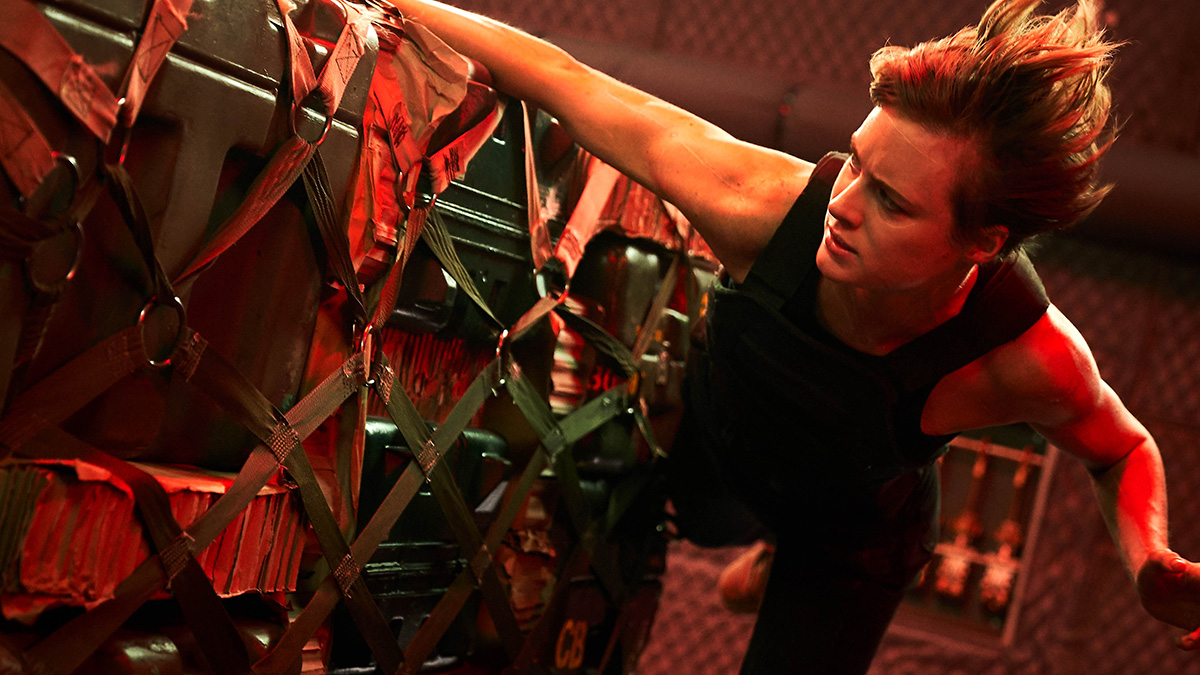 To shoot it, we did everything. The special effects supervisor Neill Corbuld and his team built this giant gimbal, a 30 foot section that could go full vertical of the C5. We had a 60 foot section that could rotate on a giant rotisserie, all padded inside so our stunt actors could work in there. And then we had a flat set-piece that was 30 feet or 40 feet that we shot with our hero actors that we had to extend.

There was everything from head replacements and digi-doubles to stuff shot practically – it really took every technique you could think of to make that sequence work.