The Angry Birds Movie 2 from Sony Pictures Animation is a riot. That’s due to so many things coming together to make a great film, including the addition of a new character, Zeta (voiced by Leslie Jones).

Zeta has unique design; a long neck and many, many feathers particularly around her face like a lion’s mane. To bring Zeta to life on screen, Sony Pictures Imageworks took many of the things it already knew about crafting CG birds and extended them. In this visual breakdown, Imageworks visual effects supervisor R. Stirling Duguid discusses the fresh challenges the new character posed to the team. 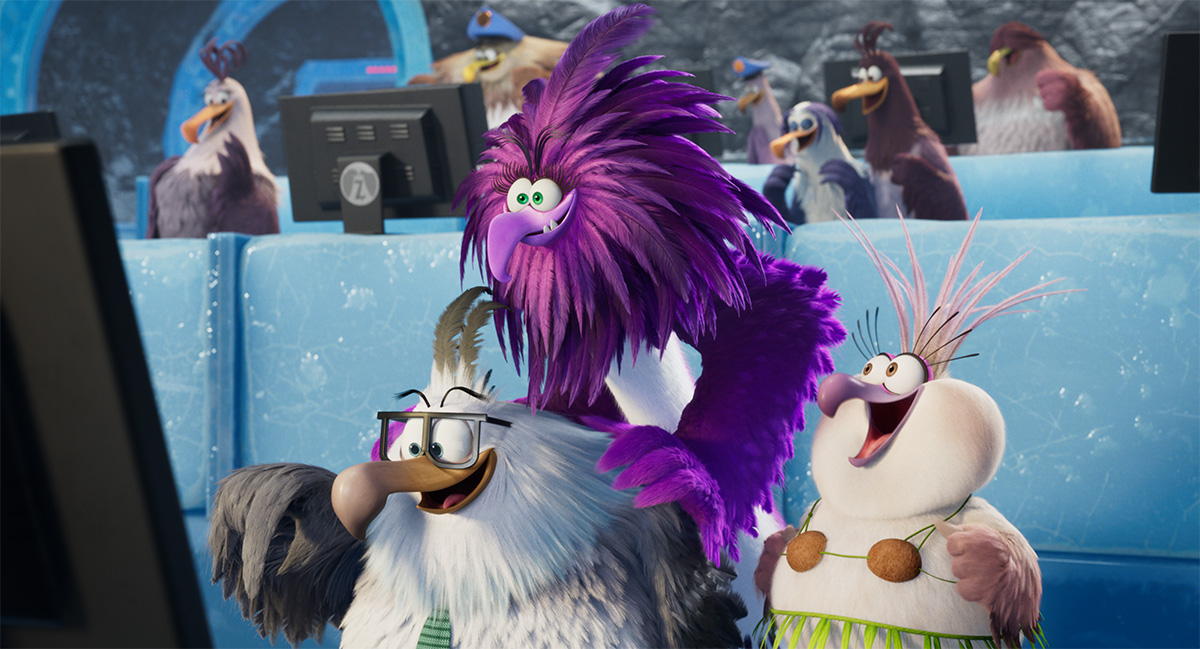 R. Stirling Duguid: The initial 2D artwork for Zeta, provided by production designer Pete Oswald, had her with a mane of hair and feathers which started directly around her face, almost attached to her eyeballs and her beak. Our first instinct in looking at the artwork was that we’d have to come up with a creative solution. With the original design, what was going to happen as Zeta was emoting – let’s say either talking or going from a smile to a frown – the hair and feathers attached to that area near her mouth would move up and down a lot and likely be very distracting.

So, from the artwork to the final model and design, we had to make a few compromises to make it work for animation. Our solution involved adding some geometry spans in between the corners of the mouth and the first growth point of the long feathers. This allowed for some shearing so that she was able to move her mouth as much as the animators desired, but not have her mane move up and down in a distracting way. Additionally, Zeta has a very long and noodle-like torso. This feature gave the animators a fun element to work with as far as how her body moves. 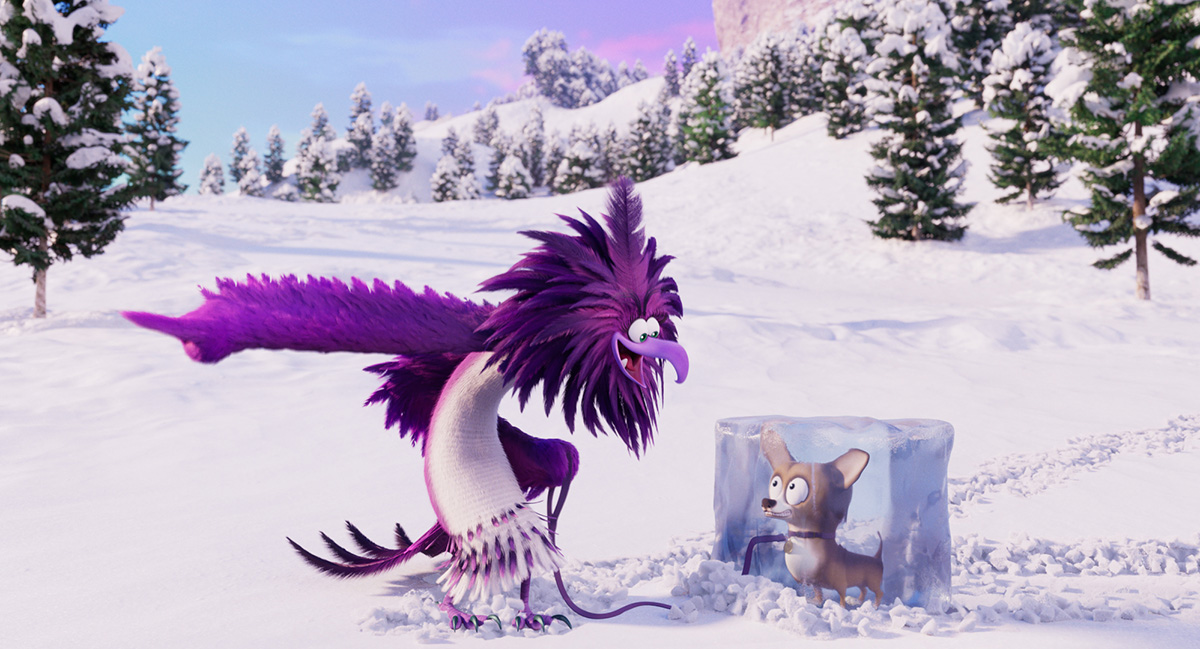 On most of the bird characters we have a base layer of hair, and then the feathers are added as accents. On Zeta’s wings and tail we have a majority of feathers versus hair, but on her torso it’s all hair. Zeta has over 8.4 million hairs, and over 700 feathers. Zeta’s animation rig has over 1,200 controls for her face, and over 600 controls for her body. This is about twice the number compared to most of the other characters in the film.

Zeta has a Muppet-like beak. On one side of her beak she has two teeth, and on the other side she has just one tooth. When we got the expression sheet packet from the visdev department, we noticed that the filmmakers only wanted the teeth visible on the camera-facing side of her beak in order to maintain clean profiles. What this meant is that whenever Zeta turned her head from one side to the other in a shot, the animators had to animate her teeth on and off so that you would never see the teeth on the back side of her beak. That’s one thing most people won’t (and shouldn’t) catch.