Here’s what Glassbox was demo’ing at SIGGRAPH.

When I’ve previously covered virtual production used on big films, it’s often been about the set-up that was used on that production with multiple pieces of tech and several companies coming together to make it work.

At SIGGRAPH 2019, I saw a demo from Glassbox that’s aimed at providing a holistic virtual production solution. Interestingly, it’s one that still works across multiple game engines and CG software – Unity, Unreal, and Maya – and it also involves tools to collaborate with others directly.

The Glassbox demos I saw were Dragonfly, essentially a virtual camera solution running on an iPad with ARkit, and Beehive, which involves virtual scene syncing and exchanging data between DCC apps and game engines to be able to work together – including with Dragonfly – on a single scene.

You can see how it works in the videos embedded below. I also talked to Glassbox CPO and co-founder Mariana Acuña about the tools.

Mariana Acuña: That’s definitely the point of difference. What we wanted to do was democratize the tool. So virtual production is not like this unachievable goal, only for being studios. At the end of the day, the technology on the iPad or the iPhone means that you could do virtual production by the pool or in your living room. And then this also gives access to other types of content creators that are maybe doing VR experiences, or maybe doing little animated shorts, or even web series. And even want to do even maybe previs. So it’s about democratizing the tools and making it accessible for everyone.

b&a: How did it come to be a product?

Mariana Acuña: Well, we were like okay, the virtual camera first, that works out of the box – and that’s Dragonfly – but then we need an asset-centric database and a way for merging everything together to be able to visualize and take decisions on the fly, and be able to do multi-level, multi-collaboration, world-building and asset reviewing – and that’s Beehive.

b&a: Who are you pitching this for?

Mariana Acuña: Everyone. And even, it could be for universities – I feel now there is a real need to be teaching virtual production and performance capture if you are studying things like visual effects and cinematography because obviously there is a technology shift.

Our tools can be used from the independent one-man bands to the mid-level boutique studios to VR companies, visualization companies, previs companies as well as big studios. Even if they have their own proprietary solutions that are massive, they can still use this for on-set and rapid iteration and approval tools.

Mariana Acuña: Well, first you need a computer, that has at least 50 gigs of RAM or something decent. Any computer that you’re going to use for computer graphics heavy work will be OK. And then you need an iPad, but you can also use your iPhone, but that’s something that maybe you already have. And to be able to use a mobile app, to make it easier for you, you can use the Gamevice, which is what we use.

Then you go to the website – glassboxtech.com – and then sign-up for Dragonfly. You can do a 15-day trial and then you can buy it. And you just download it and you can use it either in Unity or Unreal and then use the Maya side as well. And then Beehive is in beta for all platforms right now.

b&a: And I again I think that’s one of the best things, that it’s Unity, Unreal, Maya, and maybe other tools, that you can use this with.

Mariana Acuña: That was our differentiation point as well because what we’ve made that stands out from other solutions that are maybe free, or come with certain packages, was to be interoperable. So what we felt was that, also, they try to keep you in, it’s not fair to try to keep content creators in, to lock them down into one ecosystem. Coming from visual effects myself, you use the right tool for the right job.

So Maya is super embedded in people’s pipelines, and if you’ve been a Maya artist for 20 years, maybe you really, like you don’t want to learn the game engines. And maybe if you’re a game developer and you’re kind of shifting into this space as well, you may not be super familiar with how cameras work or how Maya works, or how these textures work in Maya, and all these things. So by then by giving you a cohesive UI across the board we are being hardware and software agnostic and we’re completely open so that you can either come from traditional pipelines and start right away.

b&a: How did you come up with the names Glassbox, Dragonfly, Beehive?

Mariana Acuña: Previously we were called Opaque Studios, but that was not a name that I liked particularly. First of all, that is kind of implying that it’s a black box and that we’re not transparent. And so what I wanted to do was shift the messaging and shift the perception and so ‘Glassbox’ gave us that opportunity because it means that we are transparent in our software development processes.

I chose Dragonfly for the virtual camera because you’re flying around, basically. And you can do crazy shots that maybe were never before possible like with a regular camera. And then Beehive is where everything comes together, it’s like a hub where we can open this up to other platforms.

Now, we have some tools in RnD going on at the moment, and one of them is a simul-cam product call Mayfly, where you can integrate live-action greenscreen and do real-time keying. But, the difference is, it’s all powered with artificial intelligence. So, since a lot of the AI algorithms are based on the names of insects and insects kind of roam in terrariums, then it was perfect because Glassbox then is where these algorithms, these insects, are born, as well as being transparent in our software development practices. We have some very cool names we’re using!

b&a: All the insects.

Mariana Acuña: All the insects! 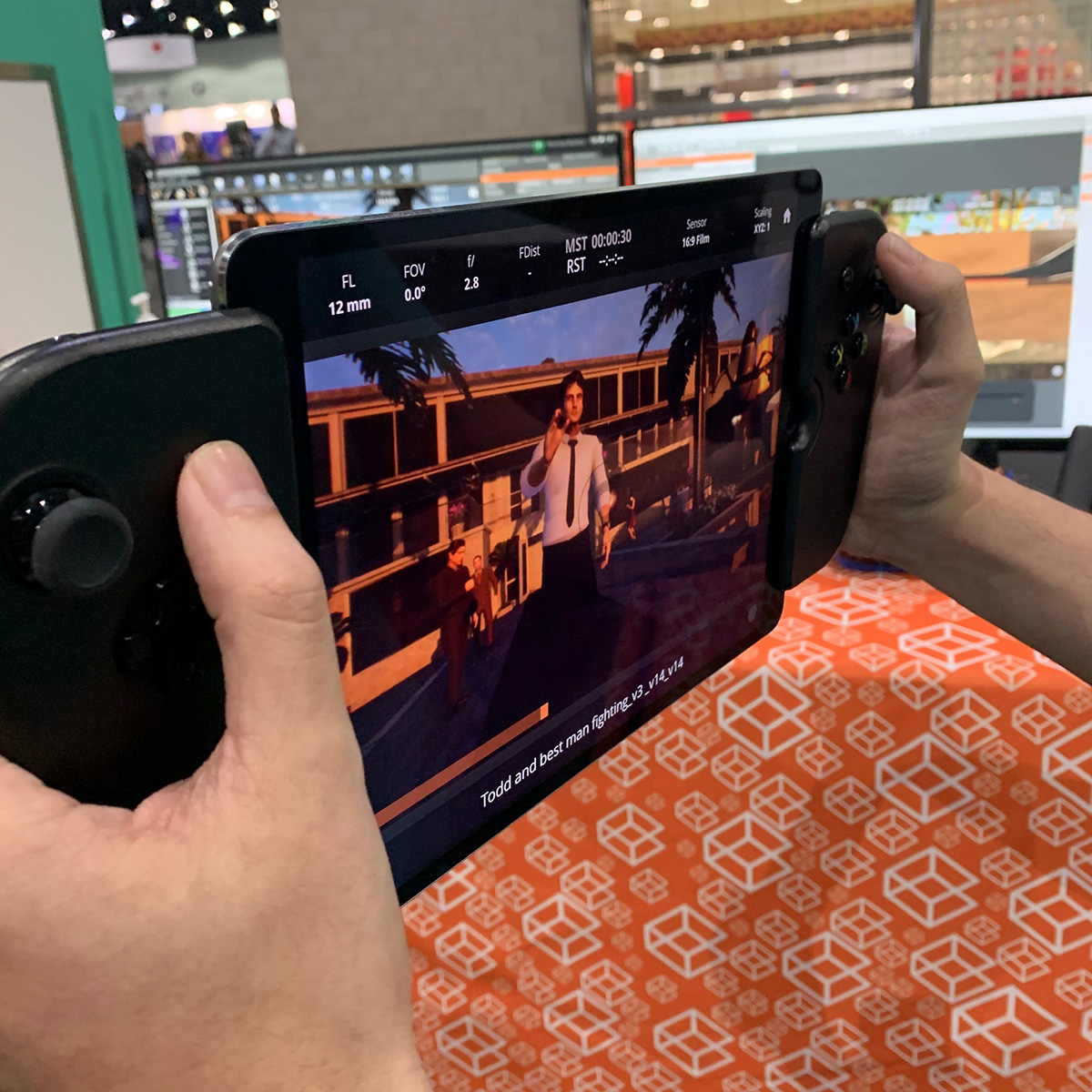 Check out https://glassboxtech.com for more about the virtual production tools from Glassbox.

This week at befores & afters is #realtimewrapup week, with reports on real-time tech and virtual production, direct from SIGGRAPH 2019.