The effects artists needed particular kinds of splashes and snow.

With Cold Pursuit, Union VFX continues its long tradition of specializing in invisible effects. The Hans Petter Moland film sees snowplow driver (Liam Neeson) seek revenge on a drug cartel after his son has been murdered, and there are several moments that involved visual effects enhancements and augmentations, which you can see in Union’s breakdown reel, below.

For two of those moments – a scene of Neeson’s character dumping a body into a waterfall and of a jeep being smashed by a snow plow – Union happened to make use of stock footage imagery to help ‘sell’ the shots. Here’s how they did it.

“Stock footage is a big component in invisible effects,” outlines Union visual effects supervisor Simon Hughes. “We’ve done enough of these shows now to know what the ceiling is on the CG tools. So we probably go into almost every show asking, ‘What are some real things we can pull in here?’ We can even sometimes use pretty random stuff not related to the scene, but, you know, if it’s got that right property and photoreal quality that takes the curse off the CG, then we’ll use it.”

The first stock footage usage came about during the body dump shot at the waterfall. Scenes here made use of Houdini water simulations but the specific splash of the body, well, that’s an altered stock footage element Union purchased of a dog jumping into a river, that was ultimately composited into the scene with Nuke. 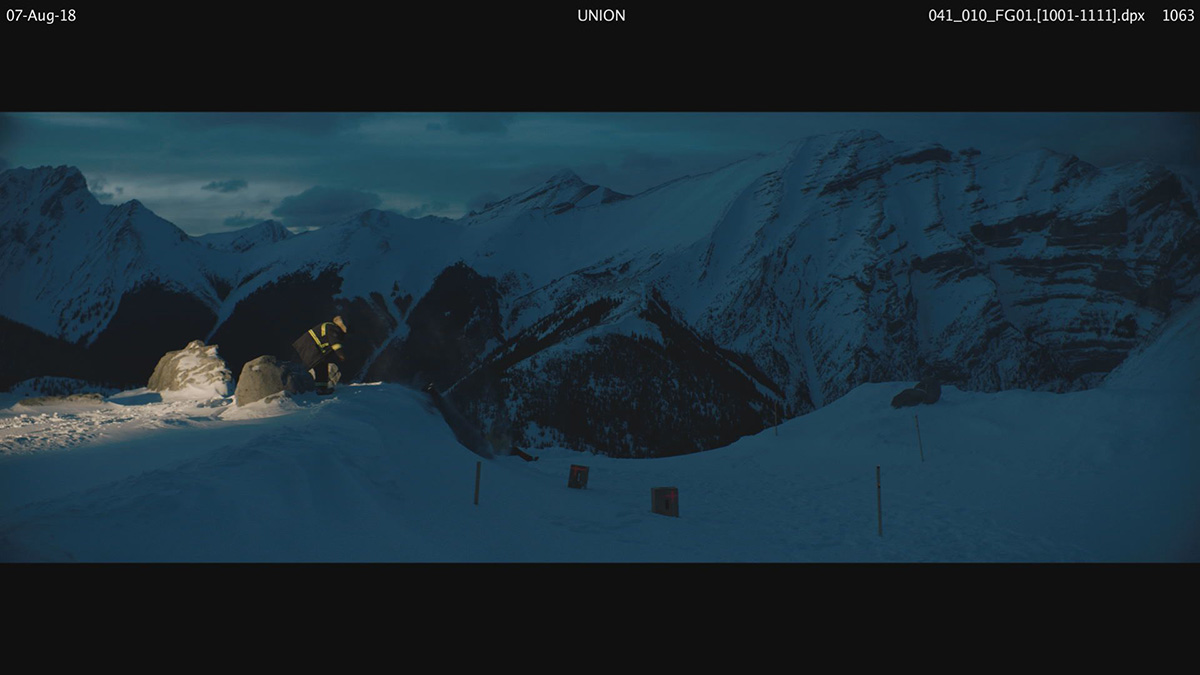 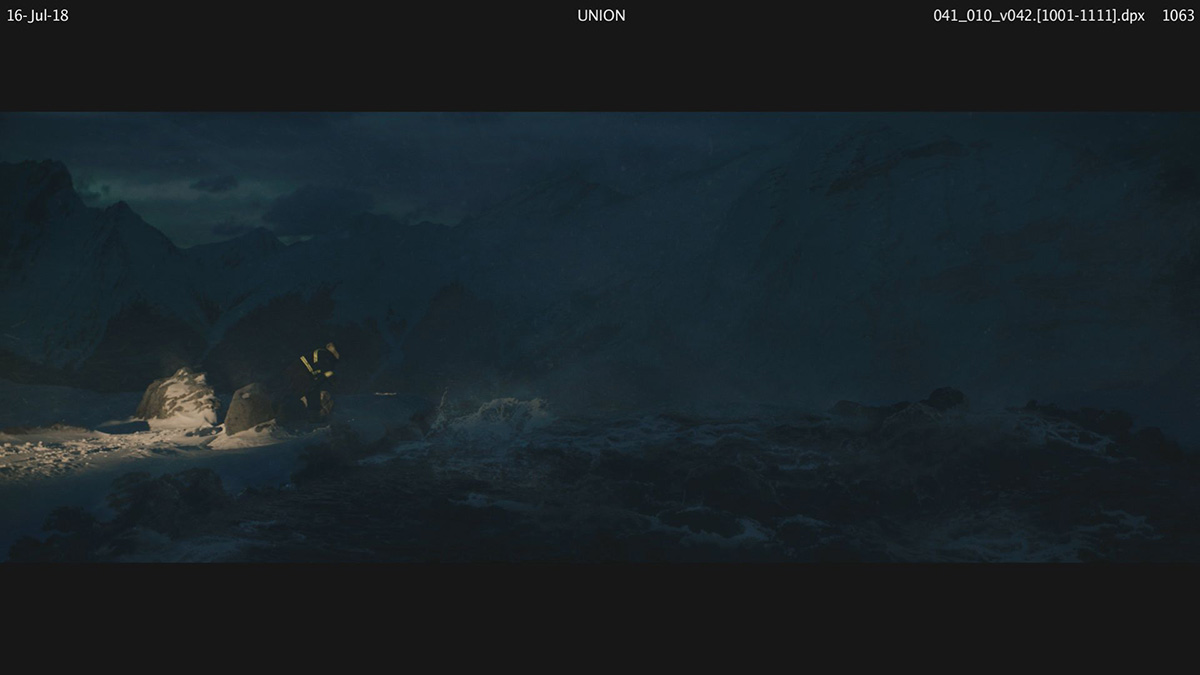 “We tried various ways to do the splash as an effects task but for some reason, it just wasn’t working,” notes Union DFX supervisor Dillan Nicholls. “So we started to look for stock footage and we found the dog, and thought it might be useful as a small element. But the main element for the splash actually ended up being the dog with a bit of roto and keying to extract it.”

“A lot of the available stock footage of splashes is extreme close-up, slow-motion – it’s amazing but it’s useless for this,” adds Nicholls. “It’s very difficult to find any stock footage splashes that have scale that you can extract from the plate without literally roto’ing every drop of water. I think the dog was daytime and we needed it to be nighttime. But it needed a dark-ish background behind the splash in order to extract it, and we just got lucky.”

Then came the jeep shot. Here, production did smash a real jeep with a snow plough, but it didn’t quite have the impact they were after. So Union delivered a CG jeep that would flip, fall onto the ground and kick up a heap of snow towards camera.

“The early part of the smashing into the snow was all Houdini simulations,” says Nicholls. “But at the end, it transitions into a stock footage element that we bought of a skier who comes down to the camera and swoops around like they do at the end of a race, and the snow covers the lens.”

“The stock footage,” continues Nicholls, “also helped us, because it was our idea to cover the lens, and that helped because you’ve got this jeep getting closer and closer to camera, and obviously the closer it gets, the more difficult it is to make that look photoreal.”

So, look closely when you watch the film or Union’s reels for these kinds of sleights of hand. You never know where the original footage may have come from.

Editor’s note: It’s entirely coincidental that this article appears during the week that ActionVFX, a supplier of stock footage VFX imagery, is the site sponsor. I visited Union on May 9th in London and have been waiting for them to be able to post their fantastic VFX breakdown for Cold Pursuit.

Meanwhile, follow along during this special weekly series, #makingtheshot, to see how more individual shots and sequences from several films and TV shows were pulled off.