Reflecting on the Sony Talent League with some of its mentors and mentees.

Trojan Horse was a Unicorn, or THU, has always been about community, and about helping others. This ranges all the way from new artists, through to professionals and executives. Which is why the Sony Talent League fits so well into THU’s approach. It’s about enabling young creators to pitch their project ideas and receive mentorships to help make their projects–which might be a film, an animation, a game, for example–a reality.

And, not just any mentorships; actual, real, successful mentors in the industry, from design, to animation, to VFX, to filmmaking, VR and more. How the Sony Talent League worked (this is the second edition) is that the creators submitted their projects, three finalist teams were selected, and then they had the opportunity to connect with mentors over several weeks. They also received project funding to help them through this mentorship period.

This coming week, the finalists of the Sony Talent League will do their final pitches, and then a Grand Jury will announce the winner on March 25th. The winning team will be awarded a full-ride to THU Main Event (tickets now on sale) on September 19-24, 2022 and stage time to present the project. 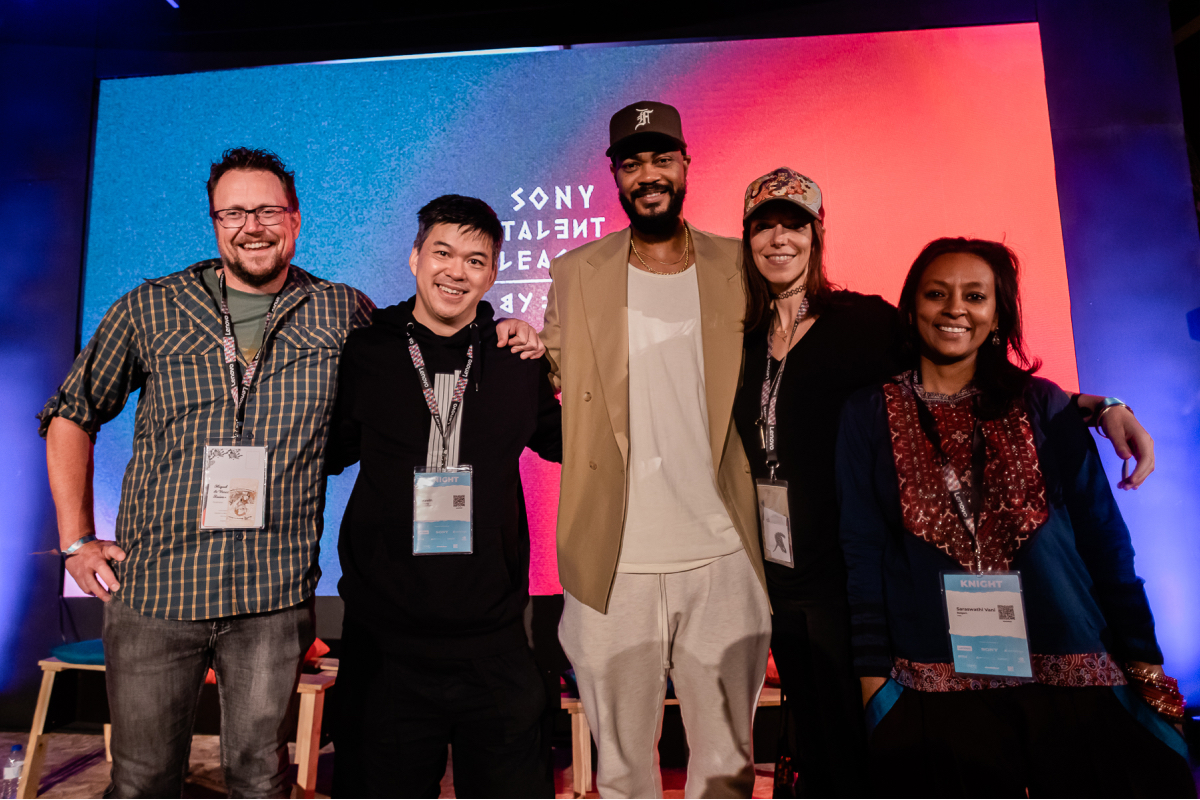 Mentors and mentees and how they helped each other

So how did the Sony Talent League mentorship process work? befores & afters had the opportunity to ask a number a mentors and mentees about their take-aways after weeks of meeting up, virtually, together.

For finalist Paula Bonaval, a compositor and VFX co-ordinator from Spain, whose project with Clara Vior, ‘Carmela, A Life of Freedom’, the mentorship was, she says, ‘incredible’. “The progress we made in so many areas of the project–script, pitching, music–would have been so much slower without the mentors. I feel like the project matured and evolved by leaps and bounds. And just knowing you can reach out to pros like them to ask all your questions makes you feel more confident and focused on the important things.”

“When we were working on our own before the Sony Talent League, I would spend quite a lot of time worrying about too many things at once,” says Bonaval. “But the mentors really helped us focus and always provided us with very good and professional feedback, which is something we didn’t have before.”

From mentor David Prescott’s point of view, he looked to provide the ‘Carmela, A Life of Freedom’ team not just with any visual effects and animation expertise in each meeting they had during the mentorship, but also some frank advice about telling the story in the most engaging way possible.

“I also talked to them about the nature of a documentary. Documentaries often get lost in just facts, facts, facts, facts, facts, and there not really being a story in it. Here, they have a beautiful story. It’s absolutely amazing. And we talked about how to weave that personal story in. When we spoke about pitching that’s when I brought up, ‘You pitch better when you talk about yourself, when you both have a conversation about your mom. That’s when you fall in love with this pitch.’” 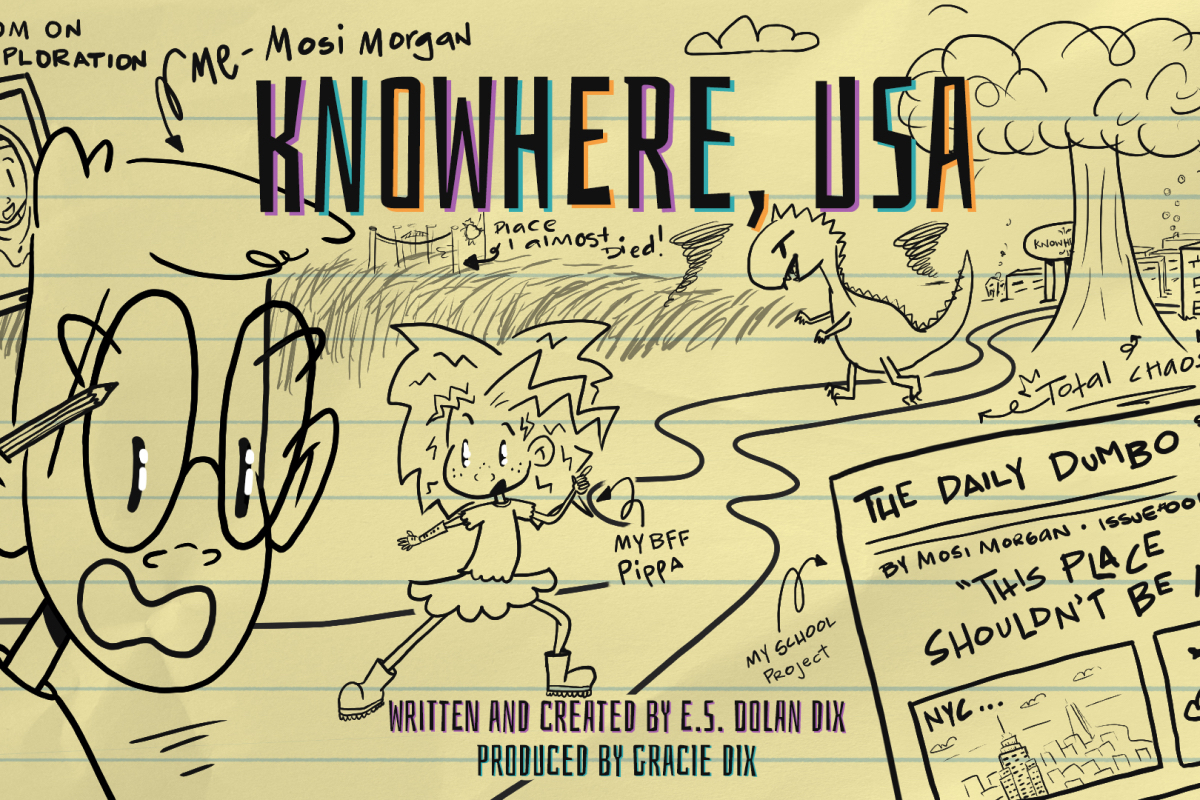 Elizabeth mentions that the mentorship process far exceeded her expectations, and in fact became something quite different from what she initially thought it would involve. “I assumed that it would be a lot of, ‘Okay, here’s our updates from the past week.’ But it’s been way more conceptual than I thought. I like that a lot and it’s definitely helped solidify what the cross-media experience would be with the game and the TV show.”

Gracie agrees, adding that she was heartened by the fact the mentors were very much ‘on their side’. “They got exactly what we were trying to tell with ‘Knowhere’. We want the education, we want the fun, and we want the exciting, we want the technology. No one ever said, ‘No, you can’t do that, you have to change this huge thing.’ Everyone was so enthusiastic, and actually we did change so much in our game and show, from their great advice, but it also just made it so much better.”

The pair were particularly thankful for mentor Sally Slade’s way of explaining things to them so that they “didn’t feel stupid,” says Gracie. Elizabeth also was excited that Slade gave them an opportunity to explore an app to help animate some of their characters. “It was awesome, and it was both a technical tutorial but also a more art-focused approach.” 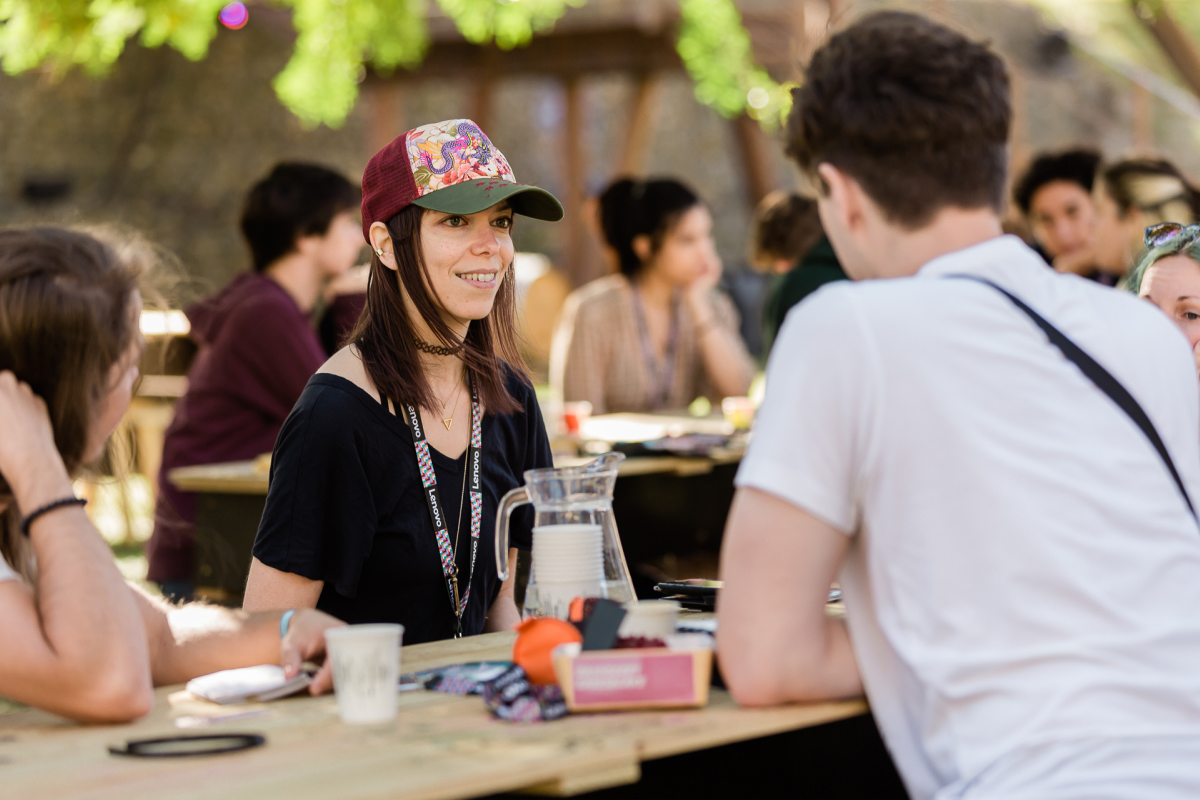 Slade recalls giving the Dix’s that animation demo. “I said, ‘I can show you how to rig your character with this free software and maybe remove some barriers to entry, and show you how quickly you can get up and running,’ and they were like, ‘Yes!’ Hopefully they feel a bit more empowered to do things like this themselves now.”

In addition to some technical know-how relating to engineering and UX design for video games, Slade says she also enjoyed sharing ideas with the ‘Knowhere’ team on translating ideas to executable, and manageable, tasks.

“We gave them advice about how to build their game from a sort of organizational standpoint. We talked about game loops. What is a game loop? What does it mean? We talked about how each episode of content that’s going to have its own little mini-game, that they’d need to standardize those mini games so that they can modularly build them and not have to come up with an entirely new thing per episode. I think it was a real learning thing for them, and us too, actually.” 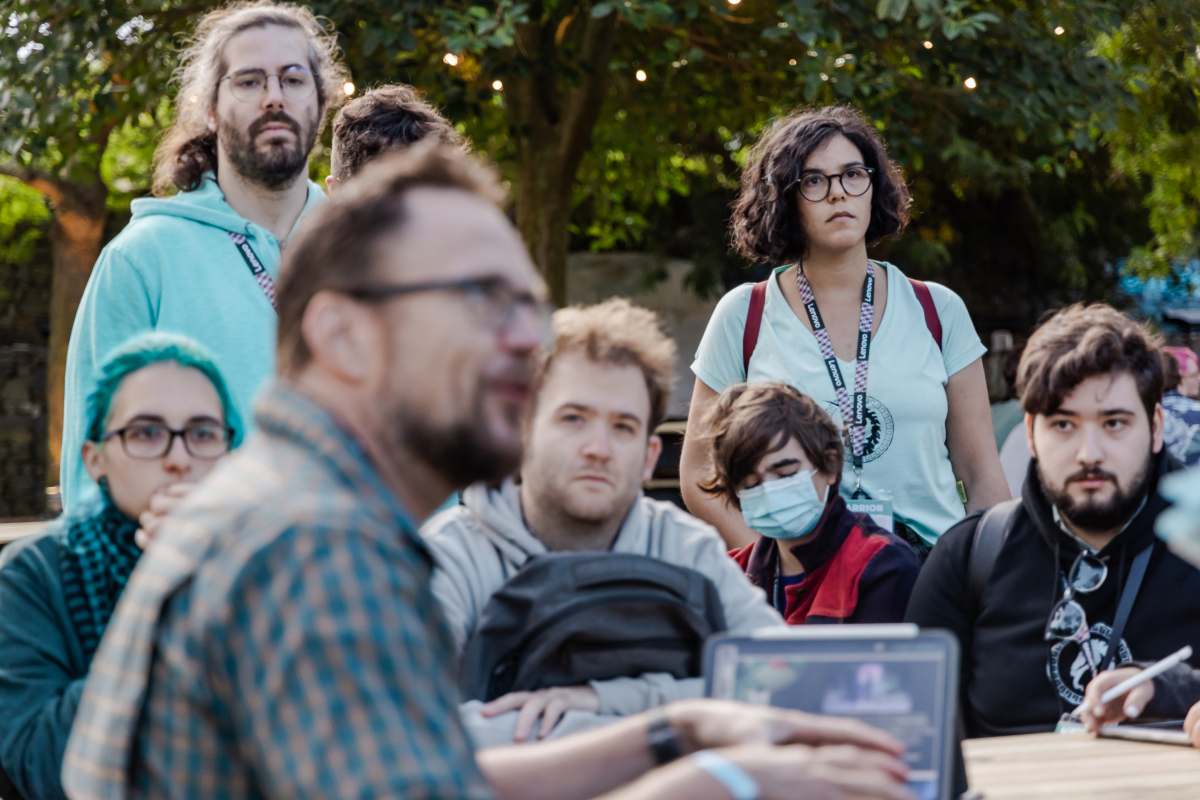 Indeed, for Slade, like the other Sony Talent League mentors, this mentorship period has been a unique opportunity to give back to the community in a meaningful way, and to do so despite the restrictions brought by the pandemic. What’s more, it fits neatly into the entire THU ethos.

“THU is really a unique community that seems to be driven by the desire to help each other,” states Slade. “They want to help each other so intensely to the point that I’ve just never experienced so much attitude of giving before. Then, when you give, it feels great. You feel you’re receiving when you give. It’s an incredible feeling to mentor or to teach or to make an introduction. It’s just a really authentic community where people are helping each other.”

Find out more about the Sony Talent League here.

Brought to you by Sony Talent League:
This article is part of the befores & afters VFX Insight series. If you’d like to promote your VFX/animation/CG tech or service, you can find out more about the VFX Insight series here.