The VFX studio breaks it down, including with b/a stills and video.

A massive cavernous environment was one of DNEG’s main challenges in delivering its 385 shots on Jungle Cruise for the Tree of Life and Moon Roof scenes. Here, DNEG visual effects supervisor Christopher Downs breaks it down for befores & afters.

b&a: What did DNEG ‘receive’ from production to kick-off work on this sequence? Can you talk about any concepts, previs/postvis, on-set measurements/data and of course the plates you received? What were also the first conversations you had with the production supes about the look and feel for this cavernous area?

Christopher Downs: The DNEG team was fortunate to receive a lot of material from Disney to begin work on the third act. At the time we had joined the production, work had already begun, so we had plenty of previs and concepts to play with. The main concept that still needed fleshing out was the Moon Roof, and after some back and forth with the Disney consultants, we developed a comprehensive Moon Roof that incorporated indigenous South American ideas of time and storytelling. It was a wonderful creative challenge to rise to! The edit was getting close to completion and so our plates were thankfully able to be received and work to begin on them immediately.

Our first conversations involved in-depth evaluations of the type of rock that would form the large cavern, while remaining stable. We then evaluated the lighting scenarios in which we would be seeing the cavern and tailored our texture and colour palettes in order to ensure that the cavern would show well in both the low light early in the sequence as well as under the full glow of the Tree of Life when in bloom. 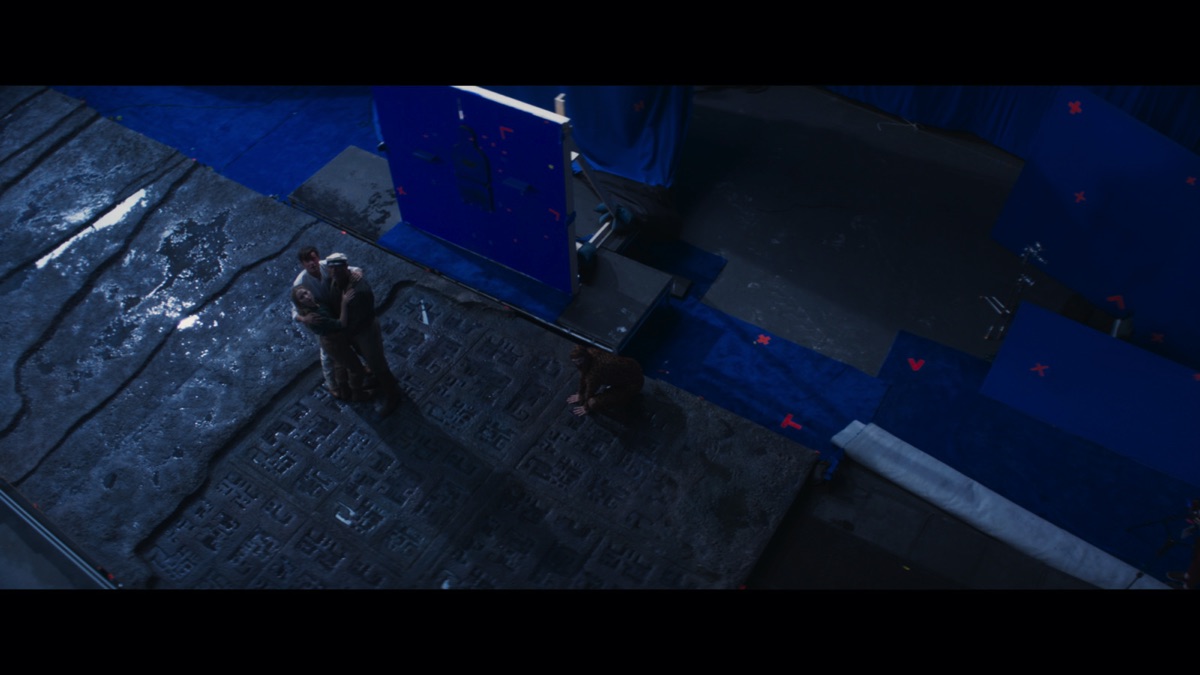 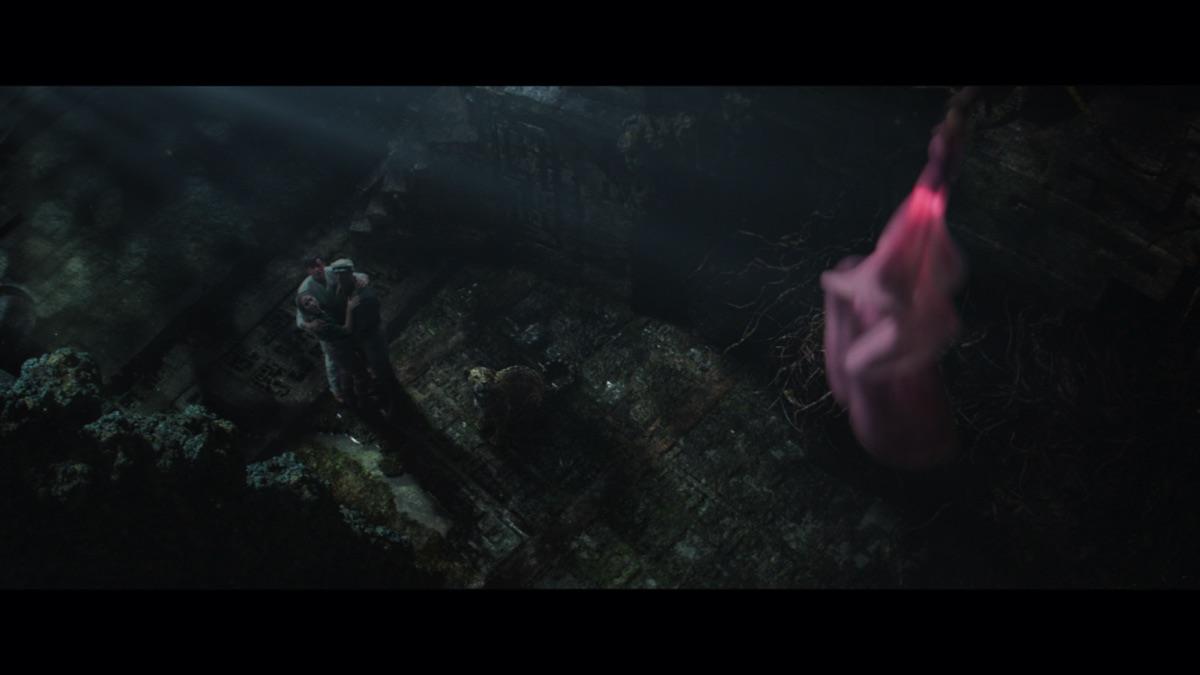 b&a: In terms of asset builds, can you take me through what needed to built for the Tree itself and the environment? How did artists tackle this, in terms of tools and techniques, especially in terms of the need to keep things looking organic? Any particular foliage or FX or growth tools/techniques used?

Christopher Downs: Upon evaluation with our DNEG build and environment supervisors, we determined that the best use of our resources was to plan for the areas that we would see often in camera, and do a full build for those. For the branch chase, we developed a dozen hero branches that could be interacted with at higher resolution. At that point, any other locations that needed additional detail went to our environments team to paint over. From the outset the idea was to keep the Tree very organic and verging on gnarled.

We had always discussed that the Tree would have an ancient and yet regal feel, and so we looked at how Banyan trees, Baobabs, Angkor Wat and native South American trees’ bark grew and aged for inspiration. Our Tree and hero branches were built in the traditional sense, as were the base versions of the petals. The FX department was called upon to scatter petal variations and growth variations across the Tree for our growth sequence and they were heavily involved in the process of the ‘Tree of Life’ falling back into a slumber. 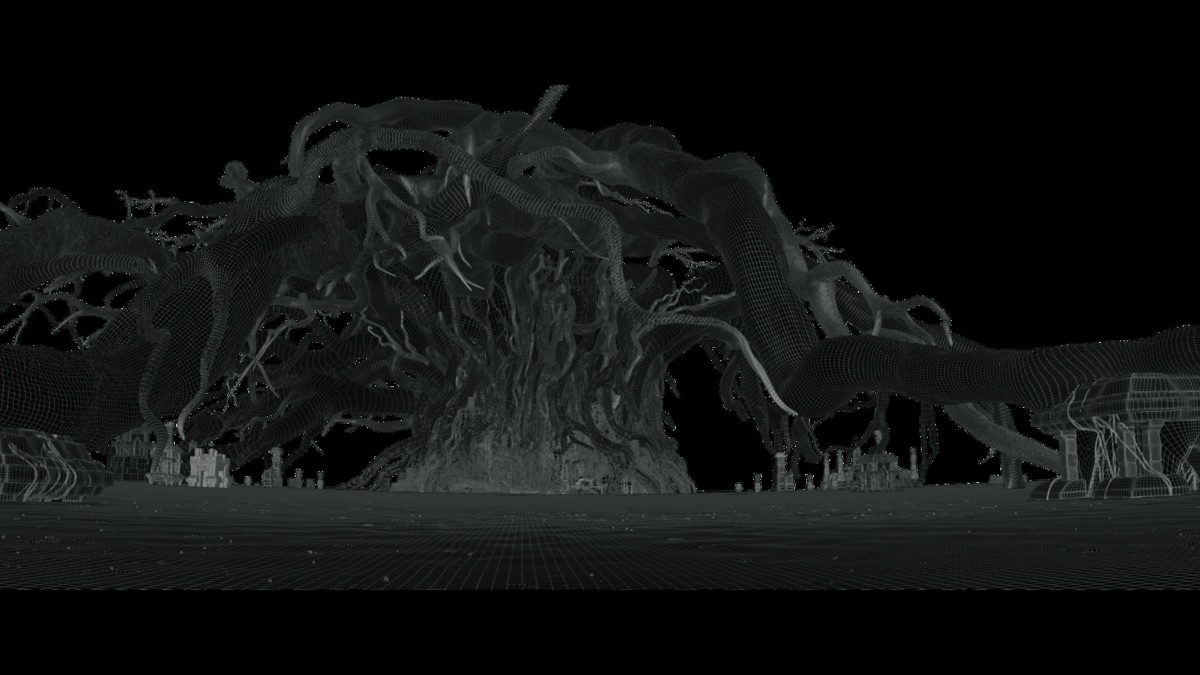 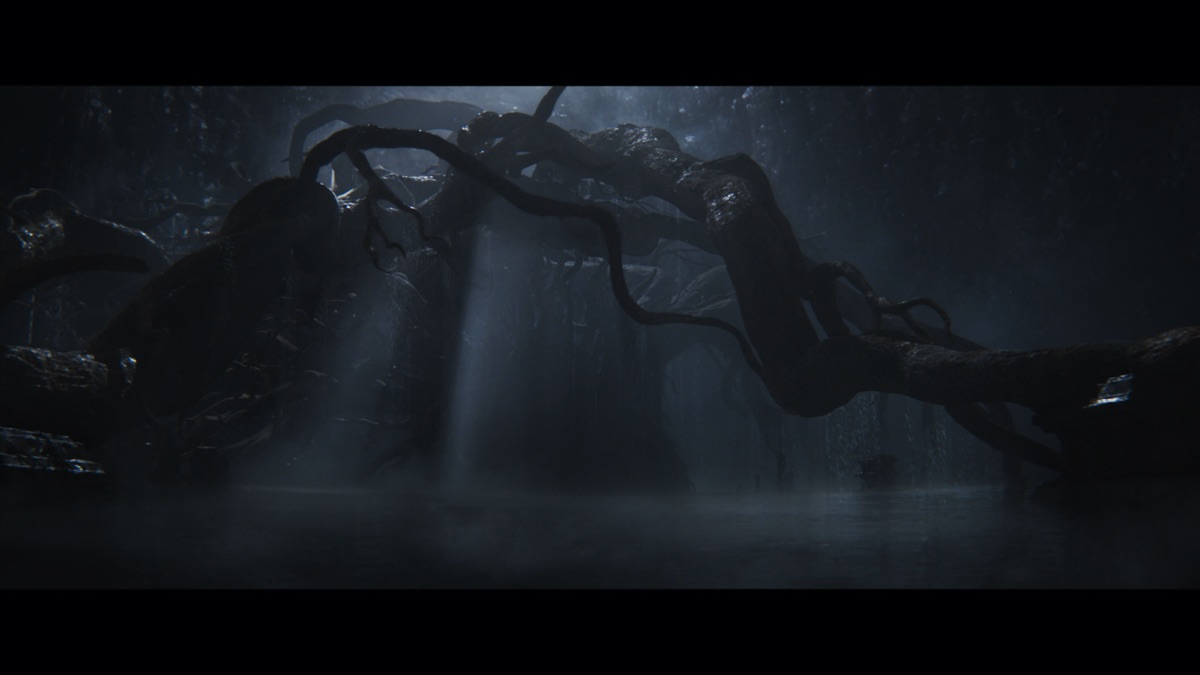 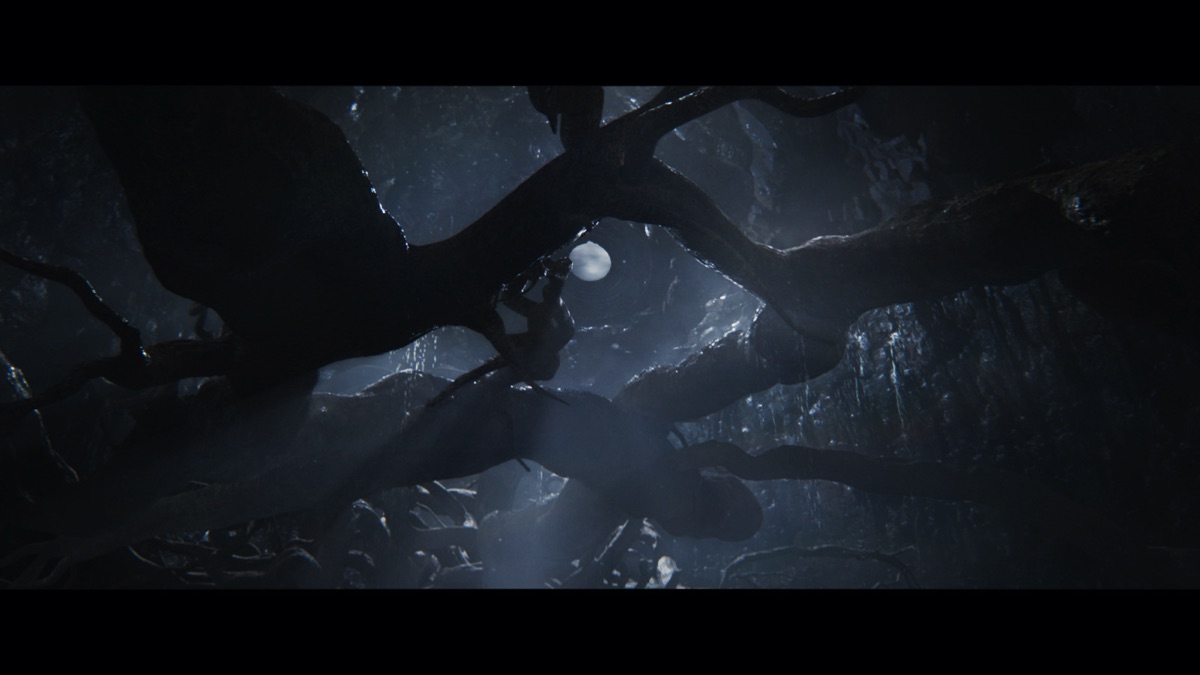 b&a: What were some of the key considerations that were made for lighting and rendering this underground area? How did you deal with the dark setting versus the more bioluminescent moments?

Christopher Downs: Light balance was a key consideration across this sequence as we needed to retain enough detail in the first part of the sequence to evoke a sense of mystery, while also simultaneously revealing the scope of the area they are travelling into. As the Tree came to life, we focused on exposing the luminosity of the petals, while also continued to highlighting areas in the Tree and the cavern to ensure the scale of it would register. We once again reverted towards the initial light balance through the Tree returning to its slumber. 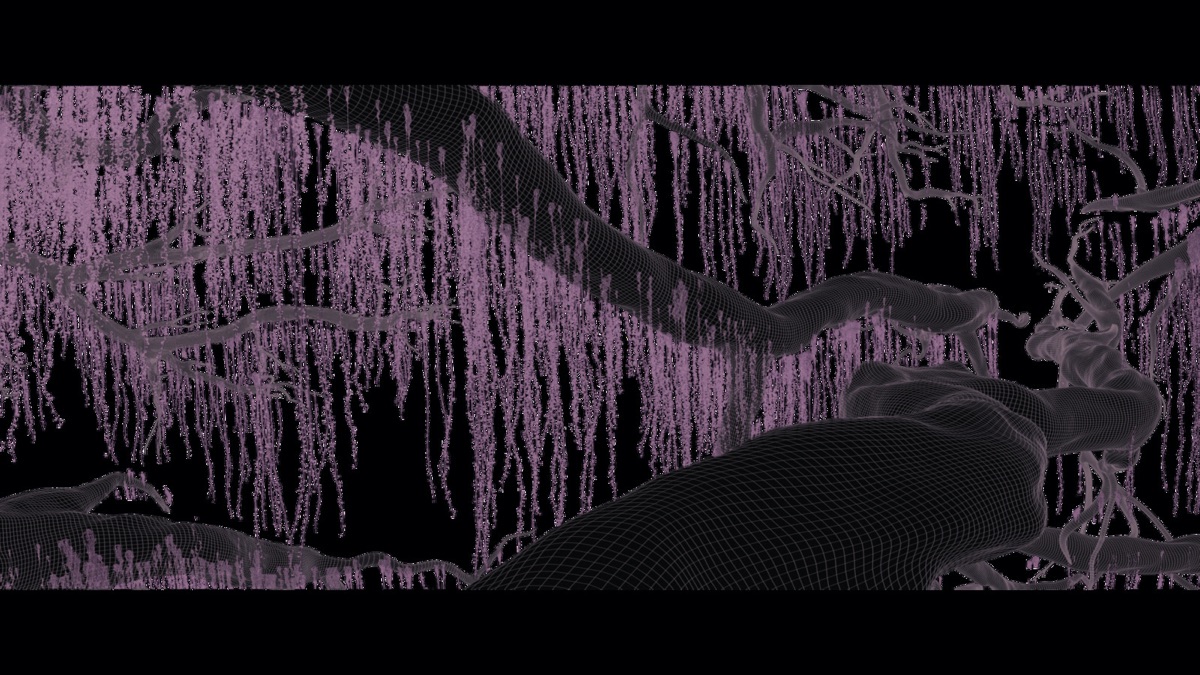 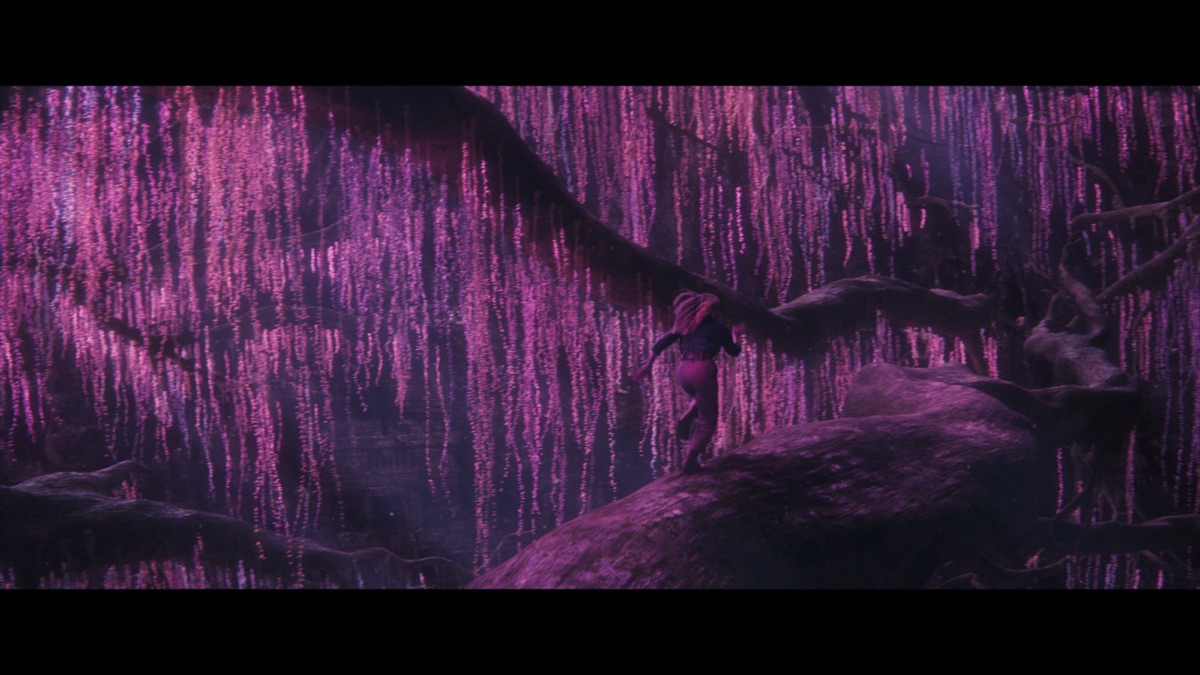 b&a: How was water and water integration approached?

Christopher Downs: The water and river were a critical component of the storytelling of the sequence. It was important that, as the Tree of Life comes back to its moonlit glory, the cavern continued to empty to reveal the city built in reverence surrounding the Tree. Our DNEG team developed simulations to work with the boat’s travel through the cavern its interaction with the Tree branches and roots, and the hero simulations around the branches that sprung back to life. After the initial sense of scale and viscosity were in order, we augmented with foam and bubble complement passes to really sell the action happening throughout the third act. 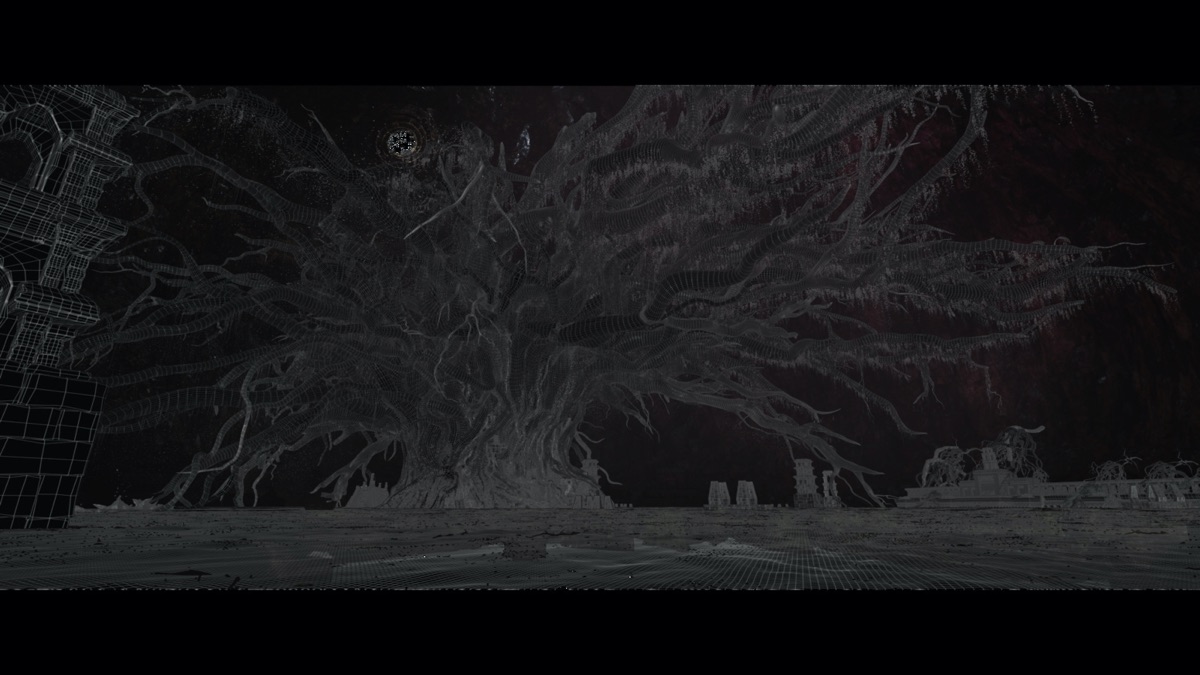 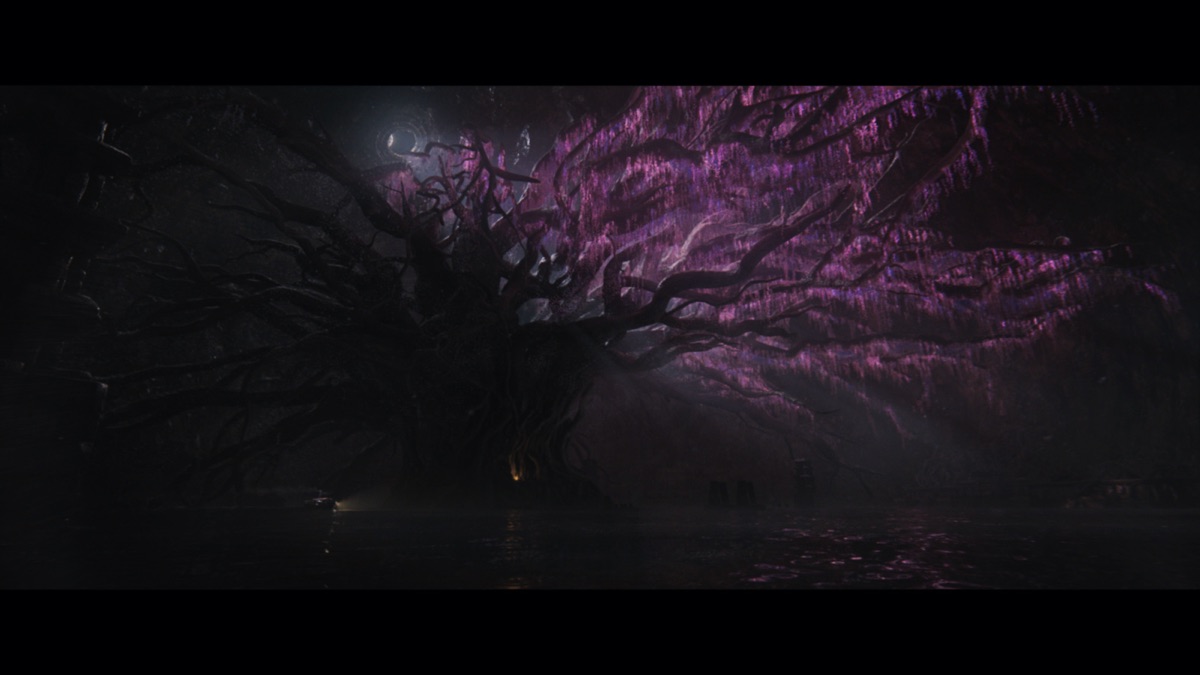 b&a: What would you say were the main compositing challenges, especially taking any live-action bluescreen or partial set footage and integrating it with your CG, and also balancing the underground world?

Christopher Downs: A number of edits had been settled once the DNEG team came onboard, which made our lives easier. The biggest challenge compositing wise was that the last act had been filmed over the course of a couple of different shoots and there were a few incidents where we needed to balance the lighting across shots that had been filmed at different times in separate lighting conditions. After balancing those shots, it was a matter of bringing in the Tree and cavern, ensuring our lighting and treatment were consistent. 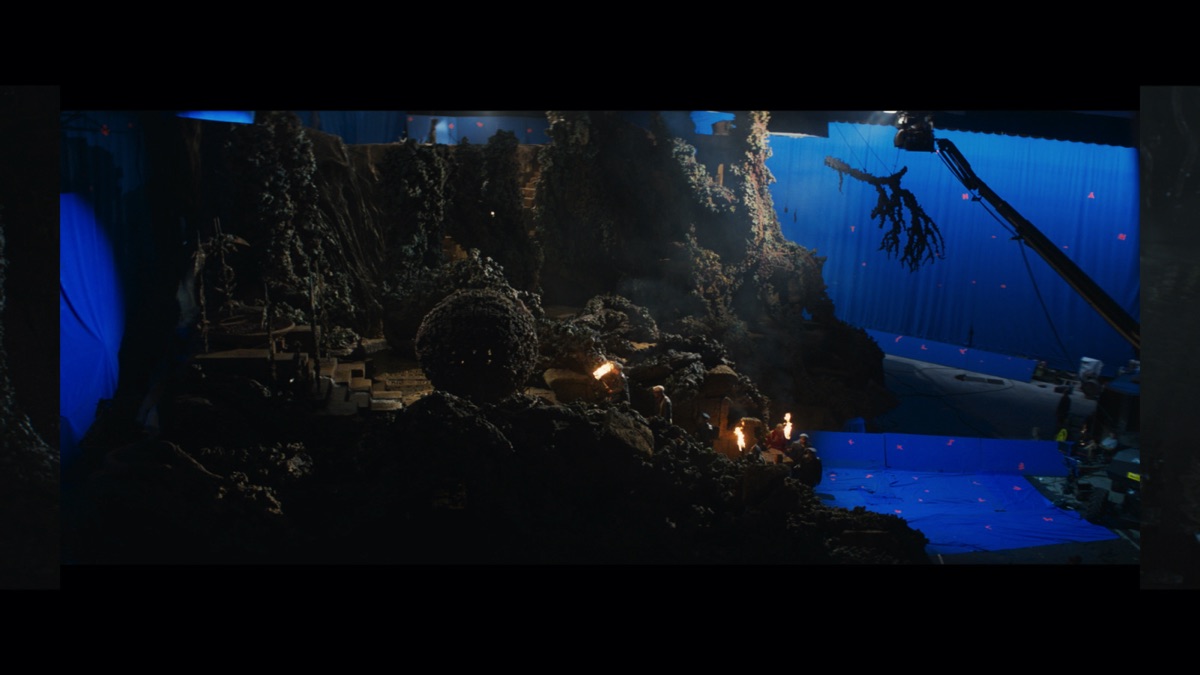 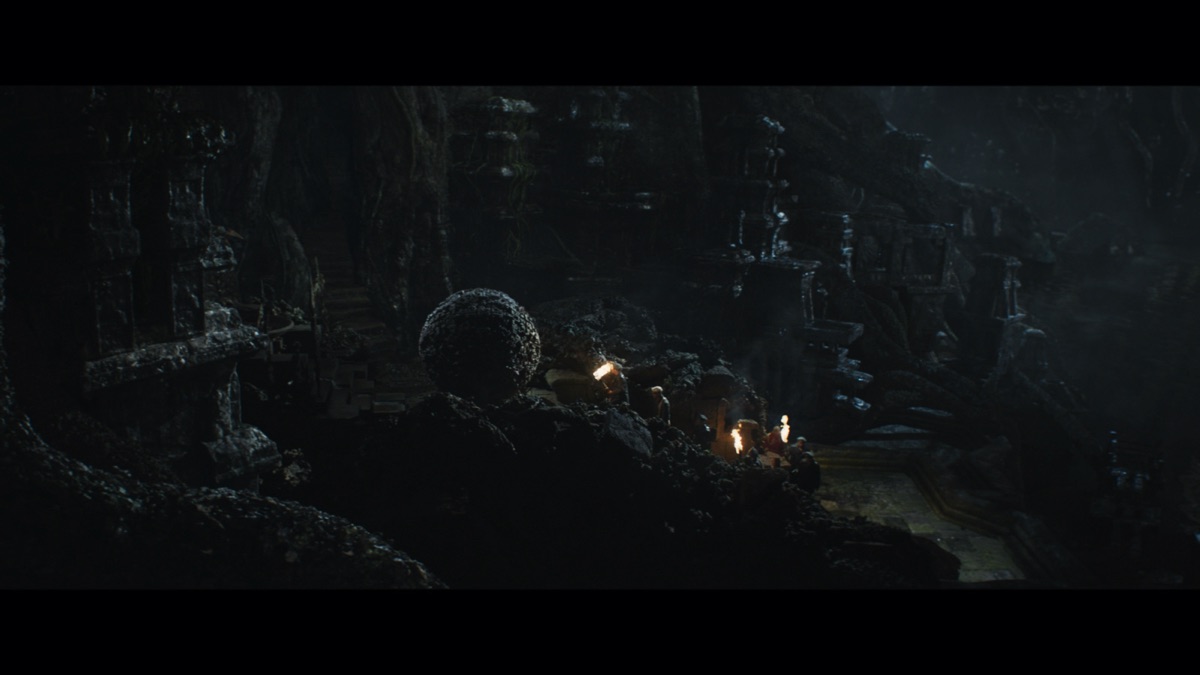