Woah. SIGGRAPH 2021 has already started. This week is the On-Demand week, where there’s already a ton of sessions to check out. Then, from 9 August, the live and interactive sessions begin, including those from the conference’s Featured Speakers. As the Special Projects Chair for SIGGRAPH 2021, I’ve been part of the committee responsible for lining these amazing speakers up.

Here’s a run-down of what each Featured Speaker is discussing, and there’s so many different things they’ll be talking about, from how to build an animation studio, to detecting deep fakes, to interactive gaming, to robotics, mathematics and more!

Turing Award and Beyond: In Conversation With Ed Catmull and Pat Hanrahan

Computer graphics has been deeply integrated in the advancement of computer science, technological development, and cultural change. In the last 50 years, we have seen many people take on the challenges of enabling imagery for use in the fields of design, engineering, entertainment, games, and scientific visualization. The cross-fertilization between those fields, computer science, and changing technology has been a great adventure. Ed Catmull and Pat Hanrahan were honored with the 2019 Turing Award for their role in advancing this field. In this fireside chat with Don Greenberg, the Jacob Gould Schurman Professor of Computer Graphics at Cornell University, Catmull and Hanrahan will share their perspectives on the events that advanced computer graphics and lessons for the future. Andres Burbano is behind this session.

Dr. Ed Catmull is a co-founder of Pixar Animation Studios and served as president of Pixar for 33 years, while also serving as president of Walt Disney Animation Studios for 13 of those 33 years. Catmull’s New York Times best-selling book “Creativity, Inc.: Overcoming the Unseen Forces That Stand in the Way of True Inspiration” published in 2014. Catmull is an ACM Turing Award Laureate, and he has been honored with five Academy Awards, including two Oscars and a Lifetime Achievement Award. Catmull founded three of the leading centers of computer graphics research — including the computer division of Lucasfilm Ltd. and Pixar Animation Studios. Catmull has been a dedicated ACM SIGGRAPH participant for nearly 40 years. He is a member of the Academy of Motion Picture Arts and Sciences, the National Academy of Engineering, and the Visual Effects Society. Catmull earned B.S. degrees in physics and computer science and a Ph.D. in computer science from the University of Utah. In addition, he has received honorary doctorates from the University of Utah and Johns Hopkins University. In 2019, he retired as president of Pixar and Disney Animation and is active in writing and speaking. 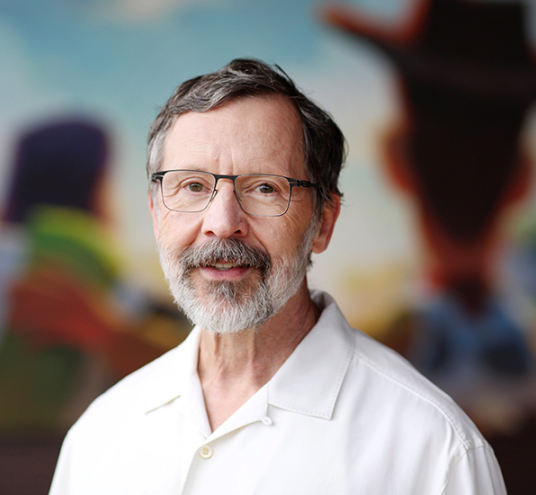 Pat Hanrahan is the Canon Professor of Computer Science and Electrical Engineering in the Computer Graphics Laboratory at Stanford University. His research focuses on rendering algorithms, graphics processing units, and visualization. Hanrahan received a Ph.D. in biophysics from the University of Wisconsin-Madison in 1985. In 1989, he joined the faculty of Princeton University. In 1995, he moved to Stanford University. As a founding employee at Pixar Animation Studios in the 1980s, Hanrahan was part of the design of the RenderMan Interface Specification and the RenderMan Shading Language. More recently, Hanrahan served as a co-founder and CTO of Tableau Software. He has received three Academy Awards for Science and Technology, the SIGGRAPH Computer Graphics Achievement Award, the SIGGRAPH Stephen A. Coons Award, and the IEEE Visualization Career Award. He is a member of the National Academy of Engineering and the American Academy of Arts and Sciences. In 2019, he received the ACM A. M. Turing Award. 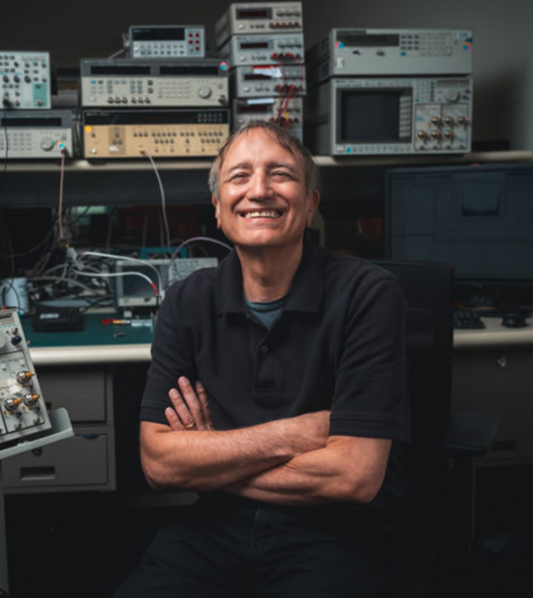 The New Breed: What Our History With Animals Reveals About Our Future With Robots, with Kate Darling

The robots are coming! As robotics investment booms and human-robot interaction increasingly enters workplaces and households all over the world, much space has been devoted to talking about robots as replacements for humans. However, looking at our rich history of using animals for weaponry, work, and companionship illustrates that a different analogy can change our conversations, revealing the potential for new kinds of practices, achievements, and even relationships with machines — for the benefit of individuals and society at large. I’ll then join Kate for an audience Q&A – get your questions ready! 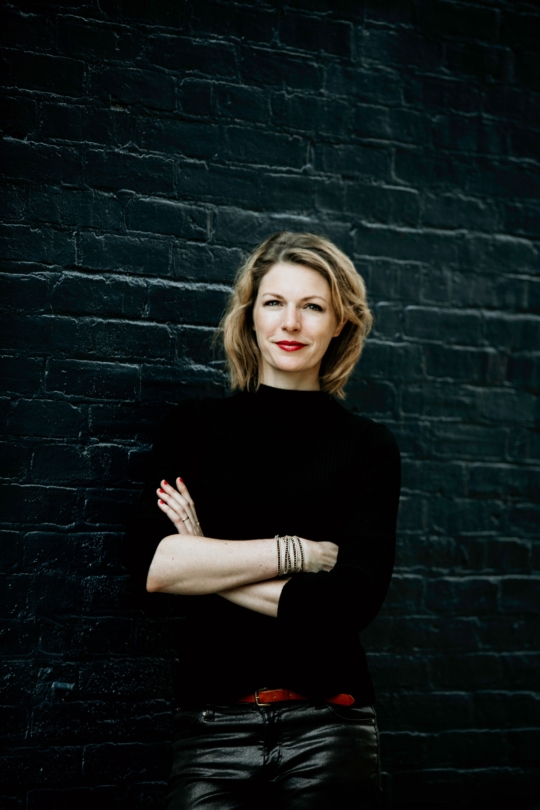 Dr. Kate Darling is a research specialist at the MIT Media Lab and author of “The New Breed: What Our History With Animals Reveals About Our Future With Robots.” She is interested in how technology intersects with society. Kate’s current work looks at the near-term effects of robotic technology, with a particular interest in social, legal, and ethical issues. She runs experiments, holds workshops, writes, and speaks about some of the more interesting developments in the world of human-robot interaction and where we might find ourselves in the future.

How to build an animation studio, wth Sergio Pablos

In 2019, Sergio Pablos’ The SPA Studios delivered “Klaus,” Netflix’s first original feature animated film, which was brought to life with a unique mix of 2D and 3D techniques. But where do you go from there? How did Pablos and his team move on from that mammoth project and continue to build SPA? The director shares his own story, and the challenges of building an animation studio in Spain, in this engrossing featured session. I’ll be chatting to Sergio, live. 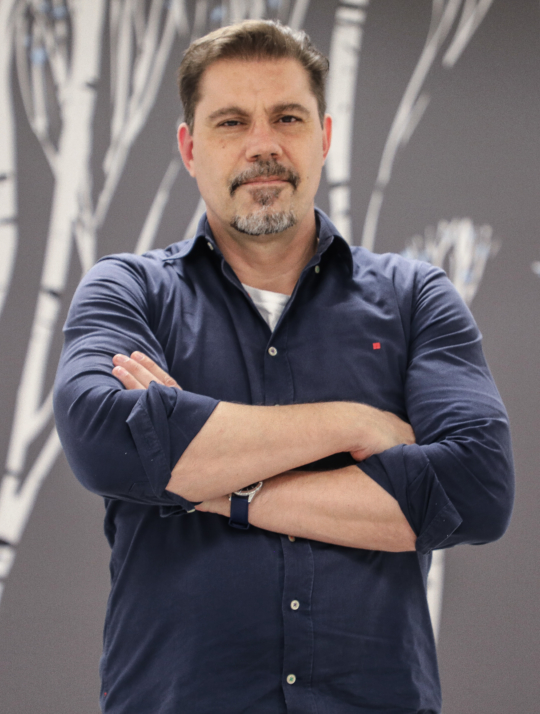 Sergio Pablos, founder of The SPA Studios, is a Spanish director, writer, and producer. In 2004, together with Marisa Román, Pablos founded The SPA Studios (Sergio Pablos Animation) in Madrid, Spain. While directing his company, Pablos developed several original film concepts such as Warner’s “Smallfoot” and Illumination’s “Despicable Me,” on which he also served as executive producer. Most recently, Pablos produced, wrote, and directed SPA’s first original animated multi-award-winning film and Netflix’s first original animated feature, “Klaus.” Pablos also has been recognized for various achievements, with two nominations from ASIFA Hollywood, two Annie awards, and the Animation Magazine 2020 Gamechanger award.

Having spent so much time using computer graphics to teach math, Grant Sanderson is excited to engage with the graphics community. While making videos that use programmatic visualizations to explain some topic in mathematics, the visualizations themselves often require a lot of interesting mathematics which never get mentioned in the final video. In this session, Sanderson will discuss some of the more interesting examples of mathematical nuances that popped up while illustrating 3Blue1Brown. This session is live! 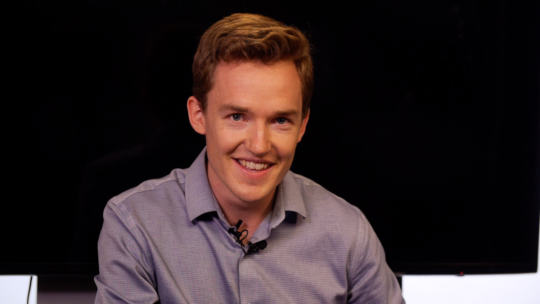 Grant Sanderson is the author of the YouTube channel 3Blue1Brown, which focuses on higher mathematics with a distinct visual perspective and has over 3.5 million subscribers. Sanderson graduated from Stanford University in 2015 having studied math and computer science. Before focusing his full attention on 3Blue1Brown, he worked for Khan Academy from 2015 to 2016 as part of their content fellowship program, producing videos and articles about multivariable calculus. In 2020, Sanderson became a creator and lecturer for the MIT course Introduction to Computational Thinking.

A fireside chat with Amy Hennig

With over 30 years in the gaming industry as an artist, animator, game designer, and acclaimed writer and director, Amy Hennig is a pivotal figure at the forefront of some of the biggest games and industry trends of all time. Now, she leads Skydance’s New Media Division in creating a whole new category of content. Joined by SIGGRAPH 2021 Games Focus Area Chair Carlos Gonzalez-Ochoa, Amy will discuss her career in interactive entertainment and offer her views on the future of gaming and where the industry is headed, as well as look forward to the future of interactive storytelling. 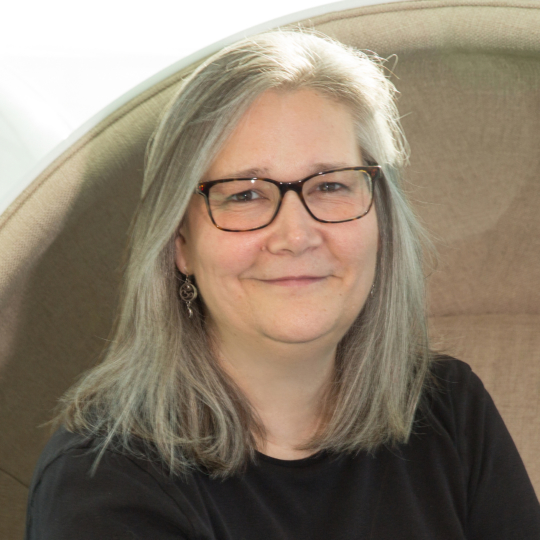 The past few years have seen a startling and troubling rise in the fake-news phenomena in which everyone from individuals to nation-sponsored entities can produce and distribute misinformation. The implications of fake news range from a misinformed public to an existential threat to democracy and horrific violence. At the same time, recent and rapid advances in machine learning are making it easier than ever to create sophisticated and compelling fake images, videos, and audio recordings, making the fake-news phenomena even more powerful and dangerous. In this session, Hany Farid will provide an overview of the creation of these so-called deepfakes and describe emerging techniques for detecting them. He’ll also be online for live text chatting in Discord. 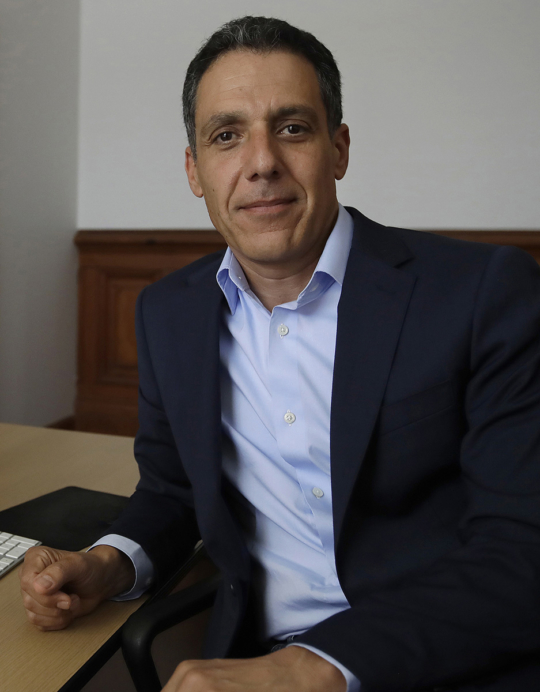 Hany Farid is a professor at the University of California, Berkeley, with a joint appointment in Electrical Engineering & Computer Sciences and the School of Information. His research focuses on digital forensics, forensic science, misinformation, image analysis, and human perception. He received his undergraduate degree in computer science and applied mathematics from the University of Rochester in 1989, and his Ph.D. in computer science from the University of Pennsylvania in 1997. Following a two-year post-doctoral fellowship in brain and cognitive sciences at MIT, he joined the faculty at Dartmouth College in 1999 where he remained until 2019. He is the recipient of an Alfred P. Sloan Fellowship, a John Simon Guggenheim Fellowship, and is a Fellow of the National Academy of Inventors.

An amazing addition to SIGGRAPH this year is the collection of Featured Speakers presented by conference partners, who will be speaking on some high-tech concepts. These are:

I hope you can join me in watching all these Featured Speaker presentations at SIGGRAPH 2021. One very cool thing this year is that there’ll be discussion of just about anything on Discord for attendees. Here’s how to register for the conference. Looking forward to seeing you there, online!