How the plane escape and de-ageing-VFX were carried out.

Cate Shortland’s Black Widow opens with a flashback sequence telling the story of what seems to be a happy family in Ohio, who then suddenly make their escape by plane to Cuba. The family are ultimately revealed to be super-soldier Alexei Shostakov and Black Widow Melina Vostokoff, as well as surrogate daughters Natasha Romanoff and Yelena Belova.

To handle VFX for the plane escape, the filmmakers turned to Industrial Light & Magic. ILM also partnered with SSVFX for de-ageing of David Harbour as Alexei and Rachel Weisz as Melina in the sequence. ILM visual effects supervisor Craig Hammack explains further for befores & afters. 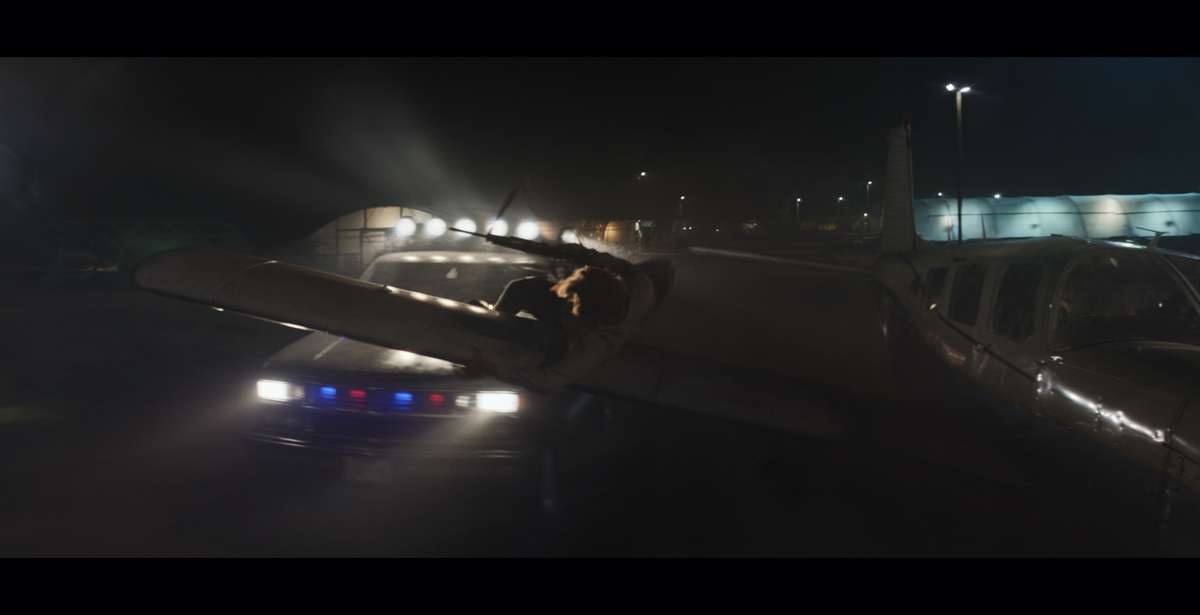 The plane take-off was filmed on a real airfield dressed with a selection of hangars and aerodrome-relevant equipment. The family are seen in a car first, then in the plane, which was mounted on a driving rig. Array plates aided in serving as backgrounds for bluescreen plates of the actors, too, which ILM handled composites for.

“There was a huge contraption out there underneath what was basically a full-sized plane with one of the wings taken off,” describes Hammack. “The driving rig also had hydraulics on it so that it could tip the plane one way or another. The actual dynamics of it have to be taken over a bit just because the physics of the hydraulics weren’t exactly what the plane would do.”

For the de-ageing of David Harbour and Rachel Weisz, Hammack notes that SSVFX approached the work with a 2.5D approach (the studio had previously worked with ILM on some shots in The Irishman, and had also contributed to de-ageing scenes in Captain Marvel). “They have a great eye,” adds Hammack. “There’s a tendency with that kind of work to go too far and they have a real sensibility for the nature of the actors that they’re working with. It was a very well executed effect.”