How VFX aided in Dreykov’s map projections and more.

Inside the office of Dreykov (Ray Winstone), Natasha Romanoff (Scarlett Johansson) confronts the head of the Red Room in Black Widow’s climactic moments. Here she sees a projection of all the Widows who Dreykov has planted around the world. Later, in a fight between Romanoff and several Widows, the red projections are dispersed into the room, while a red-colored antidote bomb is also released.

On set, a hanging bluescreen stood in for where the original map projection would go. In post, ILM took design elements crafted by Perception and re-purposed them in Nuke to suit the particular required look and feel. 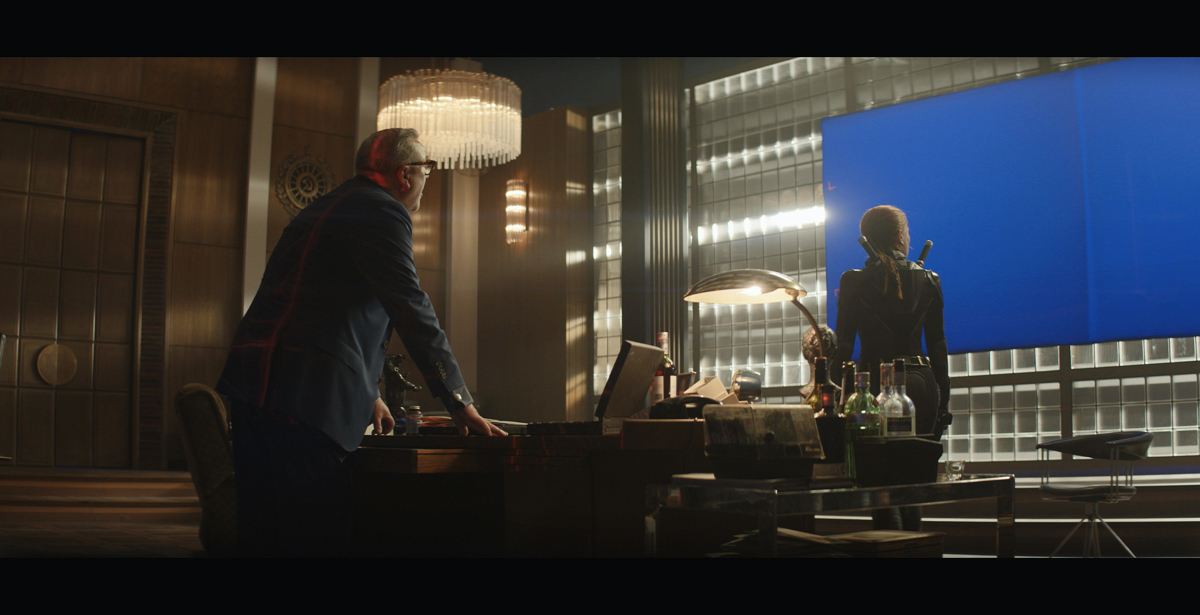 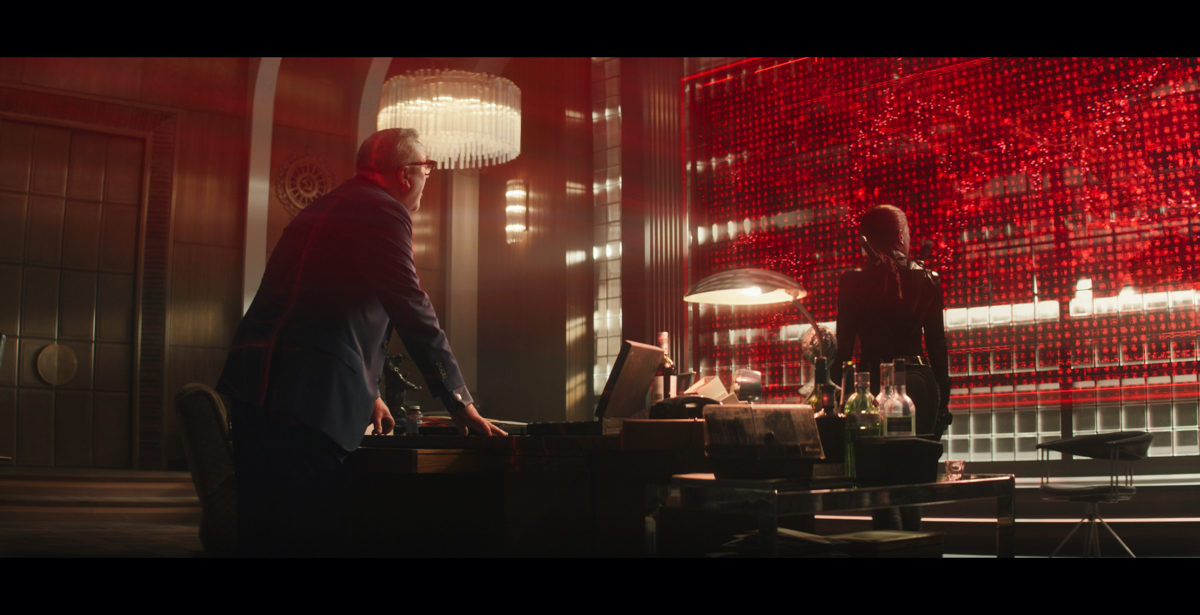 “It was quite tricky because the map is projected in space and in front of this glass block that’s just blasted with light,” explains Hammack. “So, the Red Room is floating in the sky and I think they wanted the sense of traveling light that could modulate behind it. The projection became this idea of something that isn’t necessarily a hologram because it actually blocks light. It has a bit more density than what a regular projection would be and the technology is such that it basically forms a plane in space.”

Once the Widows fight begins, this stirs up a heap of atmosphere inside the office, and the idea is that the red projected lines ‘pierce’ through the atmosphere, almost like a laser projection through the room. ILM of course had to generate and accomodate these elements amidst the fighting bodies.

“It added this layer of red saturation in the room and another layer of density for all this projected light to be streaming through,” says Hammack. “You end up with these really beautiful graphics and a combination of a really shallow depth of field with particulate in the air that’s being hit by this red projection.”

“However,” notes Hammack, “it did become a series of scenes that were quite tricky because you have to understand everything in-depth. All the Widows are dressed in black and they’re just stacked up on top of each other. So it was an exercise of deconstructing the space so that you can visually make everything make sense in a very quick cut. In the end, I thought the visuals of the Widows with the really saturated red atmosphere and the somewhat glittery, sparkly, particulate raining down on them was quite fun.”

ILM was also responsible for several moments after the fight scene as the aerial Red Room begins to break apart and fall from the sky.

“It starts with just dust and stuff coming through that room,” details Hammack. “Then we did the destruction out the atrium behind that room, which is a big open space behind it. We chase Natasha out of the room with a fireball.”

The fire was all completely simulated. “There’s a light gag with a bit of sparks that was set off on set,” says Hammack, “but it was all pretty much taken over. We’ve gotten, I think, quite good at fire these days. It always becomes a thing where you have to completely reconstruct everything because the fire light is quite specific and proximity to fire is always a very specific look on surfaces. The technology has come a long way and it’s something we’re quite keen to do these days.”