How Framestore crafted the color blossoms.

At one point in WandaVision, the black and white television show starring Wanda and Vision turns to color.

This happens around the time that show appears to be set in the 1950s/1960s in episode 2, so the VFX team looked to replicate this ‘color blossoming’ with the kind of visual effects technology that might have been available at the time; an optical printer.

“The idea was that it could be something that you could have have done back then,” outlines production visual effects supervisor Tara DeMarco. “The stars were inspired by painting on film and the color wash and the color separation of that wash was based on the idea of running it through an optical printer with different channels, slightly separating, which helps it bloom into color.”

Framestore was behind the color blossom effect. “It was key for us to find the perfect balance of color distortion to emulate the texture of the period, while also incorporating some of the signature colors featured in the remainder of the series,” says Framestore visual effects supervisor Nick Tanner. 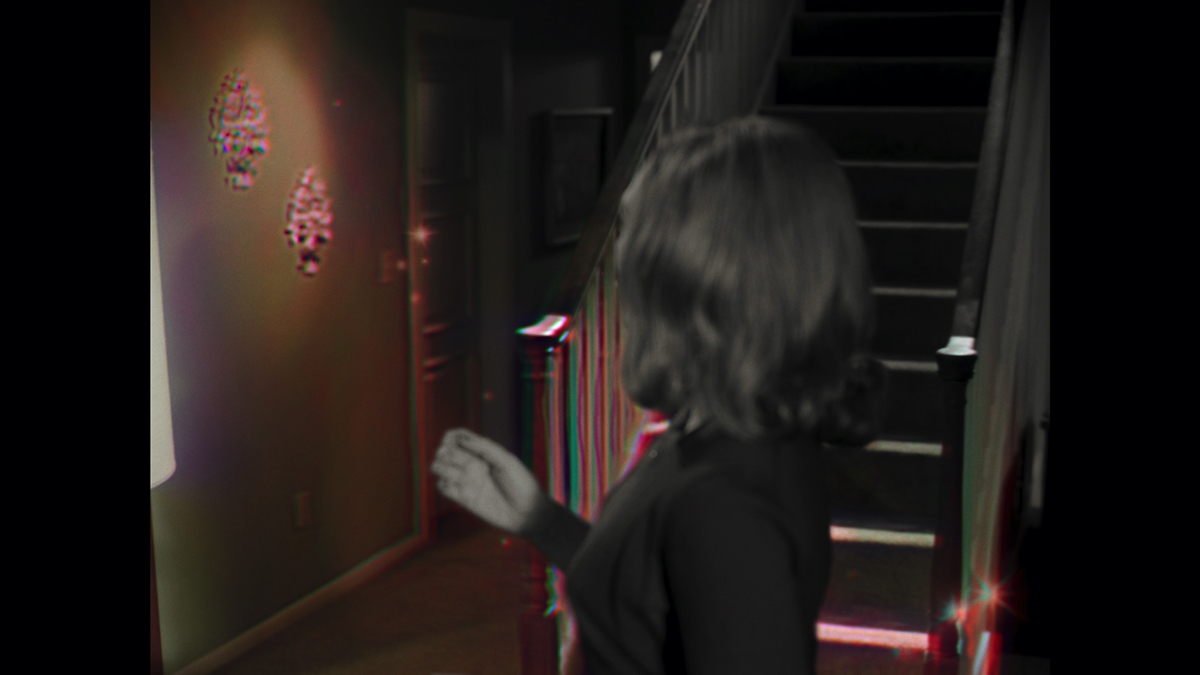 “We emulated an optical printer, treating each color layer of film as if it had been shot through different distortion materials then recombined,” adds Tanner.

“We used 2D and 2D generated textures and synthesized it with additional chroma aberration effects, then added a particle pass in 3D, retiming the elements as if they had been animated ‘on twos.’ This traditional hand animation approach is what gave us the stuttery, irregular appearance resembling a show that would have been filmed during that time frame.”

Framestore was also behind a host of other VFX in the series, including several creatures. The most front-and-center of those was a life-sized stork.

“Building the CG stork that comes to life in episode 3 saw our team create an unmatched level of detail,” notes Framestore creative director and visual effects supervisor John Kilshaw, “down to the vein of each feather, so that when light hit each layer it allowed for an incredibly textural dynamic and sense of volume that went far beyond the surface in order to credibly bring the protected species to life.” 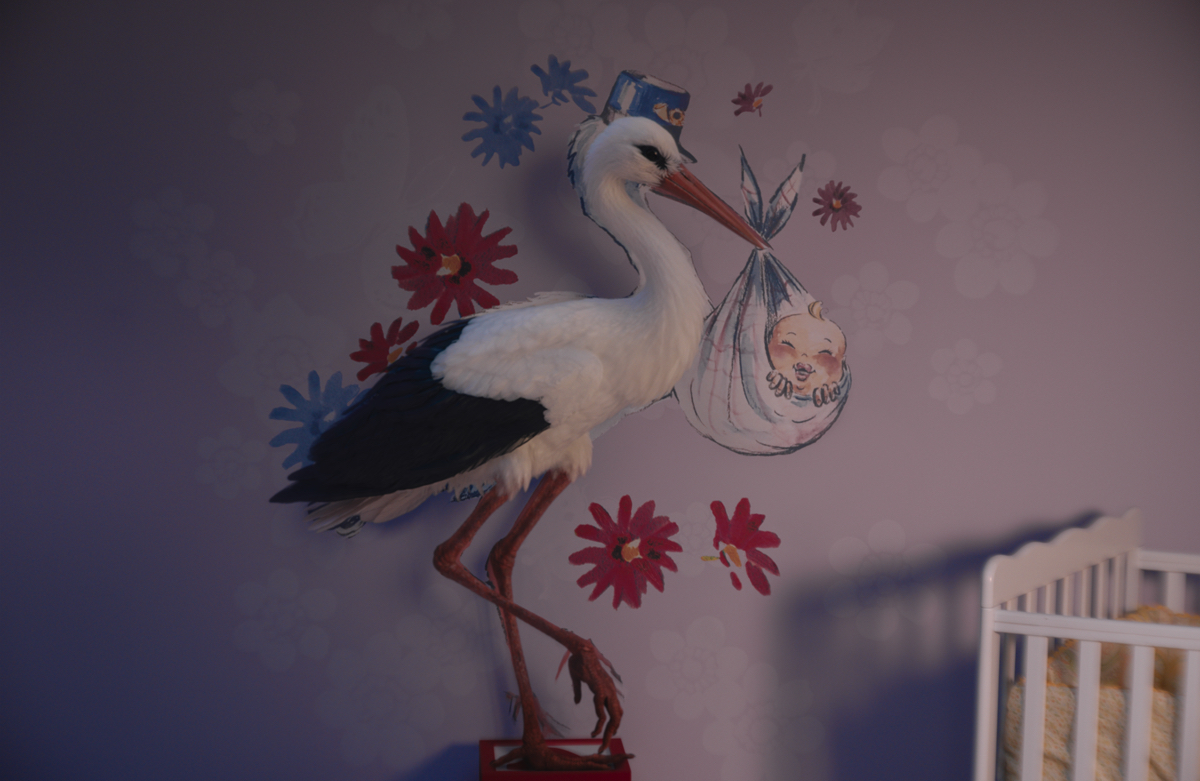 Framestore’s other VFX work for WandaVision involved creating the appearance of Agatha’s magic, for a moment that she has Wanda trapped in her hideaway.

Says Kilshaw: “We knew we wanted to capture that same air of retro, period authenticity seen throughout the season, while also factoring in the MCU canon and drawing inspiration from the look and feel of Scarlet’s magic. Our focus was on conjuring dark energy that coalesces out of the air around her while always staying connected to the natural world—and of course, making it as ominous and sinister as possible.” 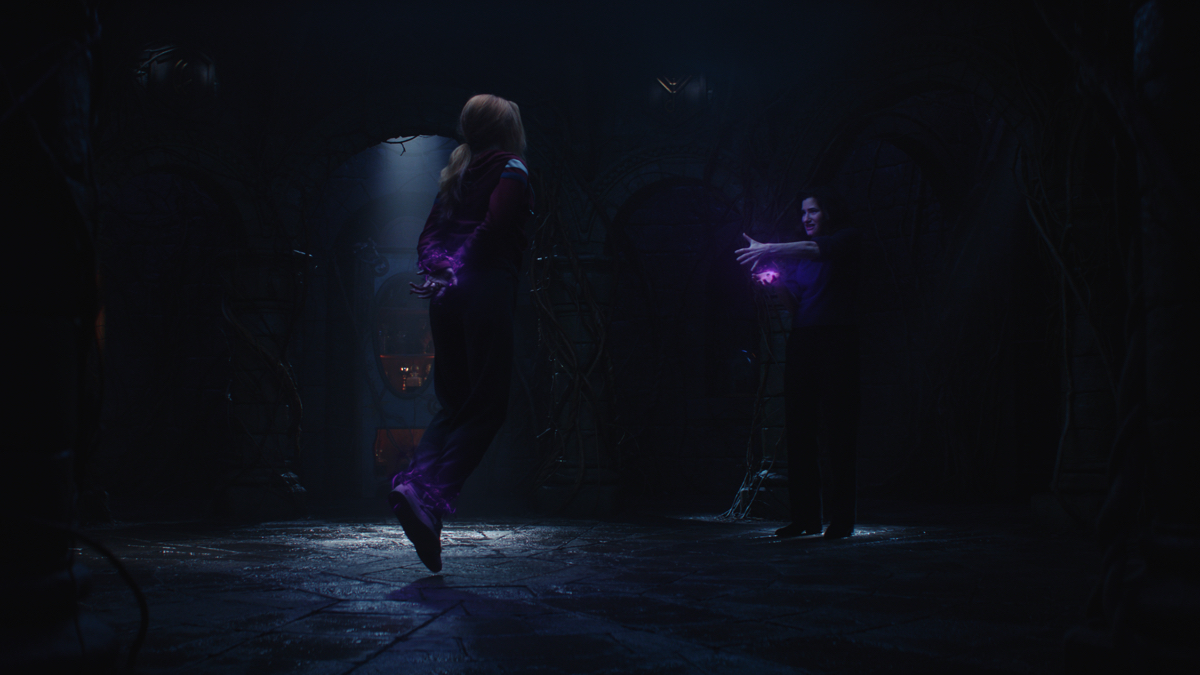