Go behind the scenes of the Kaley Cuoco show with FuseFX.

The HBO Max series The Flight Attendant probably as a lot more visual effects in it than you think.

That’s because the thriller features several altered realities and visions, and depicts a number of flight scenes, crashes and several gory moments. And yep, there’s even rabbits.

To find out about the visual effects handled by FuseFX, befores & afters spoke to VFX supervisors Greg Anderson and John Miller about the work.

b&a: There’s a really fun invisible VFX side to the work in The Flight Attendant—what kind of conversations did you have with the producers and showrunner about the contribution of the VFX?

John Miller: Our pre-production conversations started with technical approaches to shooting the visual effects and the design of those effects. We had a tight production group–all of us were really on the same page which was great. In pre-production we all helped break down the script and picked out the scenes that would need effects and discussed where they would most help the story. The EP, Steve Yockey, is an amazing writer and we were working with him all the way to the post side.

Greg Anderson: I also feel like the showrunners and producers really encouraged us to share our thoughts throughout the process. It was also very gratifying to hear back from our clients that they had a great experience collaborating with us. 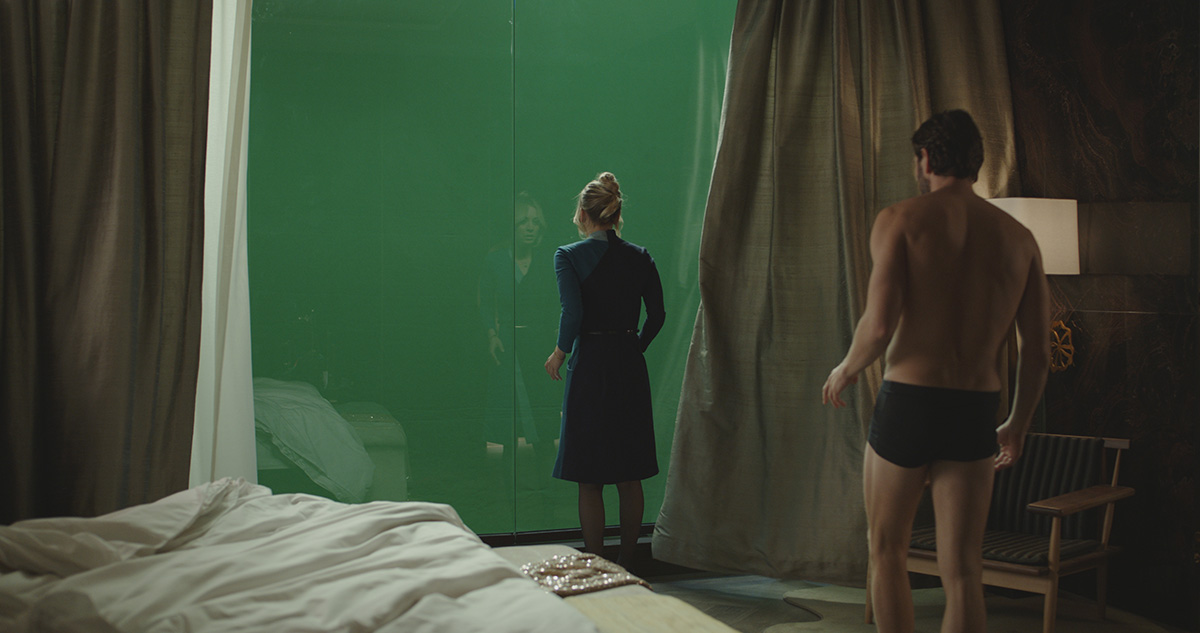 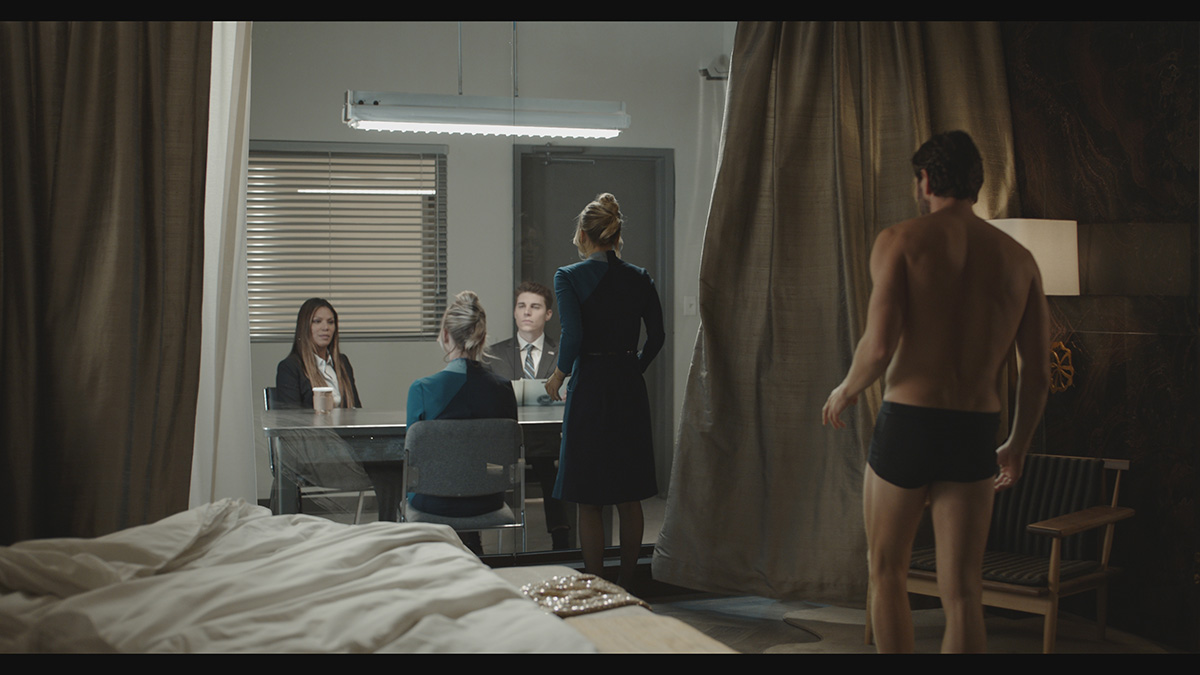 b&a: Tell me about rabbits—how did you approach these visions and flashbacks, in terms of both building rabbit assets and shooting scenes with live-action actors?

John Miller: In pre-production, look development on the rabbits was created to allow the showrunners to design the practical live action scenes. We pre-pro’d the rabbits ahead of shooting.

Greg Anderson: I think one of the main approaches to the rabbits in post-production was to make them look realistic, as the viewer is seeing the world as Cassie sees it. This included asking questions like, ‘What would a giant rabbit actually look like?’ and making it happen on screen. 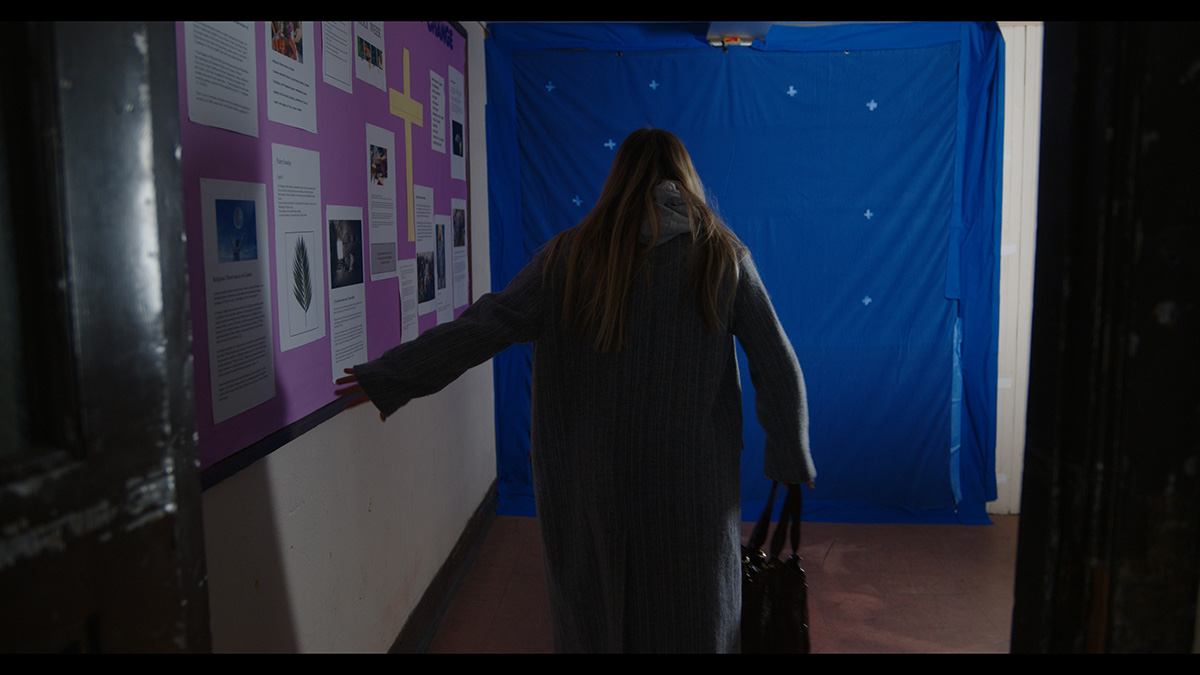 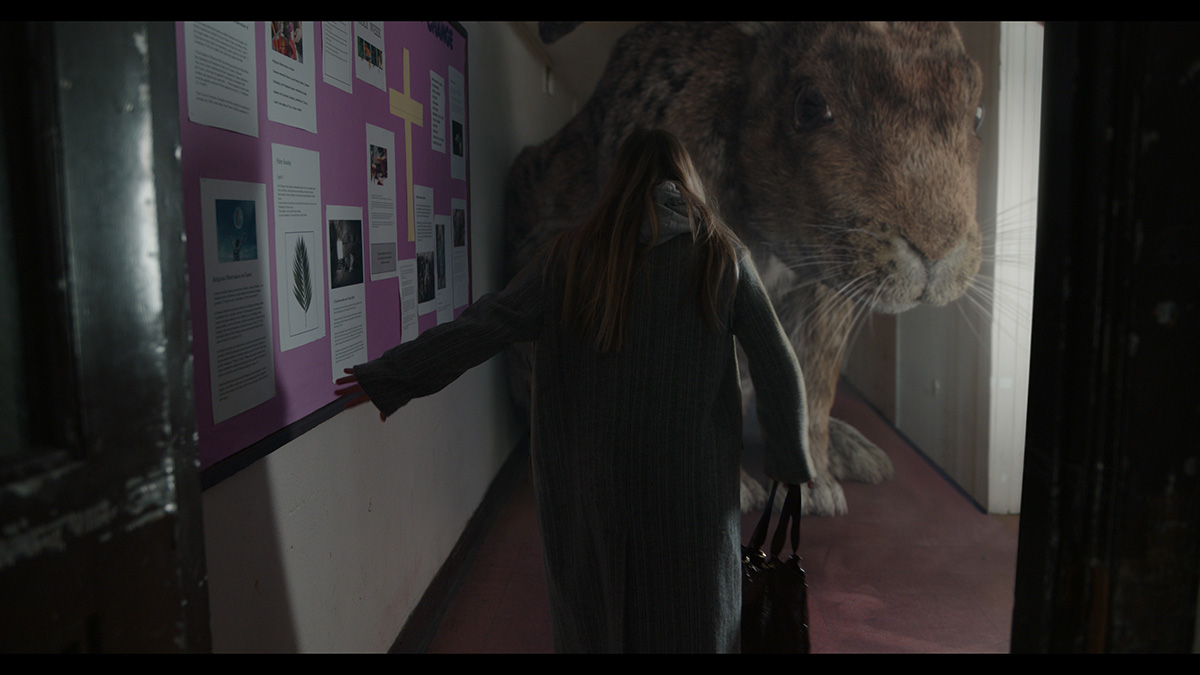 Greenscreen or bluescreen shots are not always shots that get much discussion in VFX articles, but in Flight Attendant they are such important storytelling moments of Cassie’s altered reality. Can you talk about some of the approaches to shooting and compositing greenscreen shots and how they helped tell these moments? What were some of the important things to consider when setting up and lighting the plates and determining what would be shot for ‘outside’ the windows?

One of the bluescreen shots, that is a sort of invisible visual effect, happens in the scene when Cassie and Miranda are jumping in between rooftops. We obviously couldn’t have the actors jumping from one rooftop to another, so they jumped over a bluescreen instead. 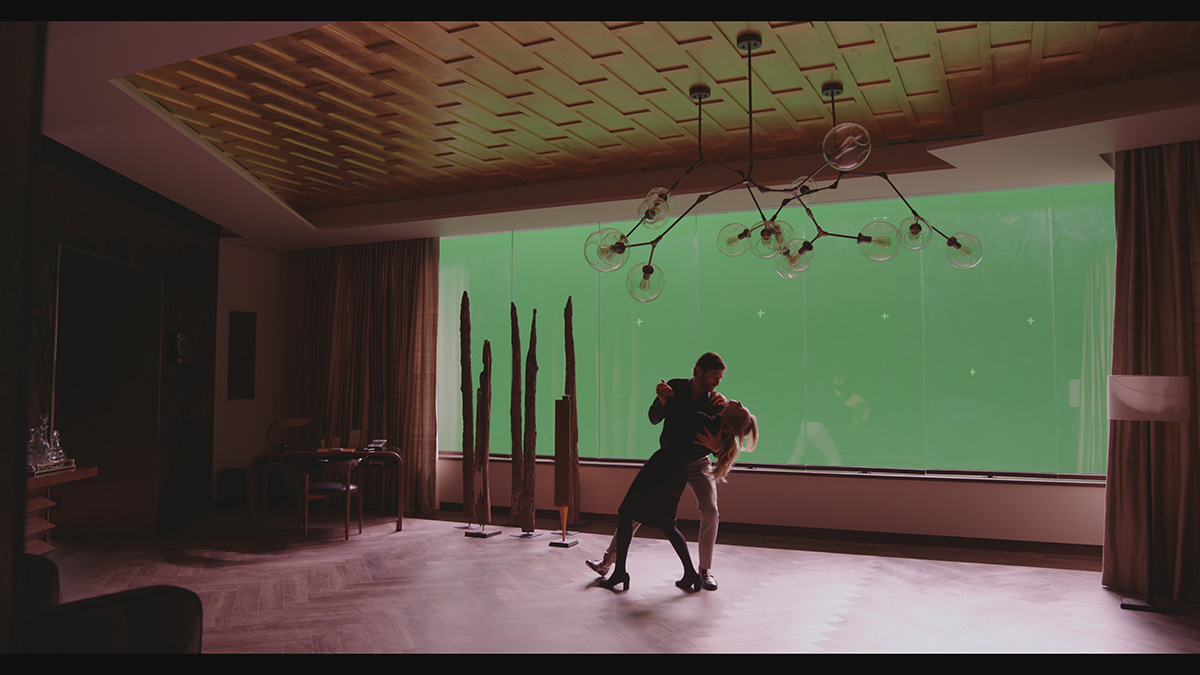 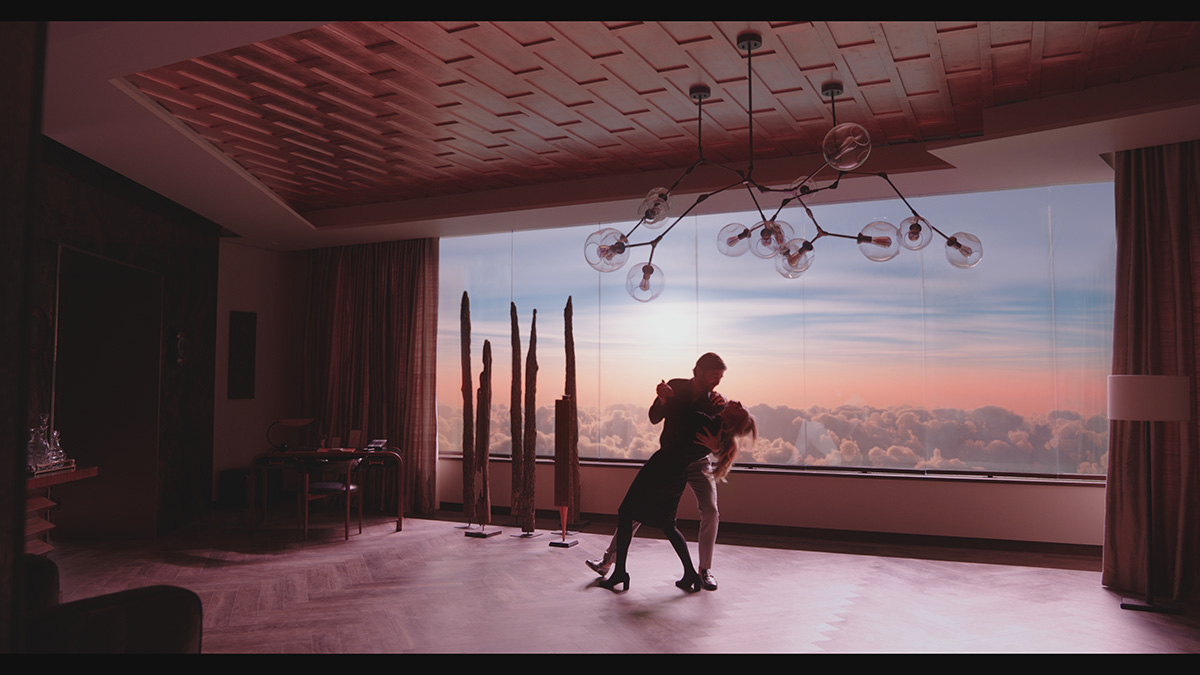 b&a: For a shot like the plane crash in ep 5, what different elements made up that shot? How was that planned out?

John Miller: Elements for this shot included the background plate, where the plane actually crashes. We then combined both 3D and 2D VFX elements to create the explosion, smoke, and fire. 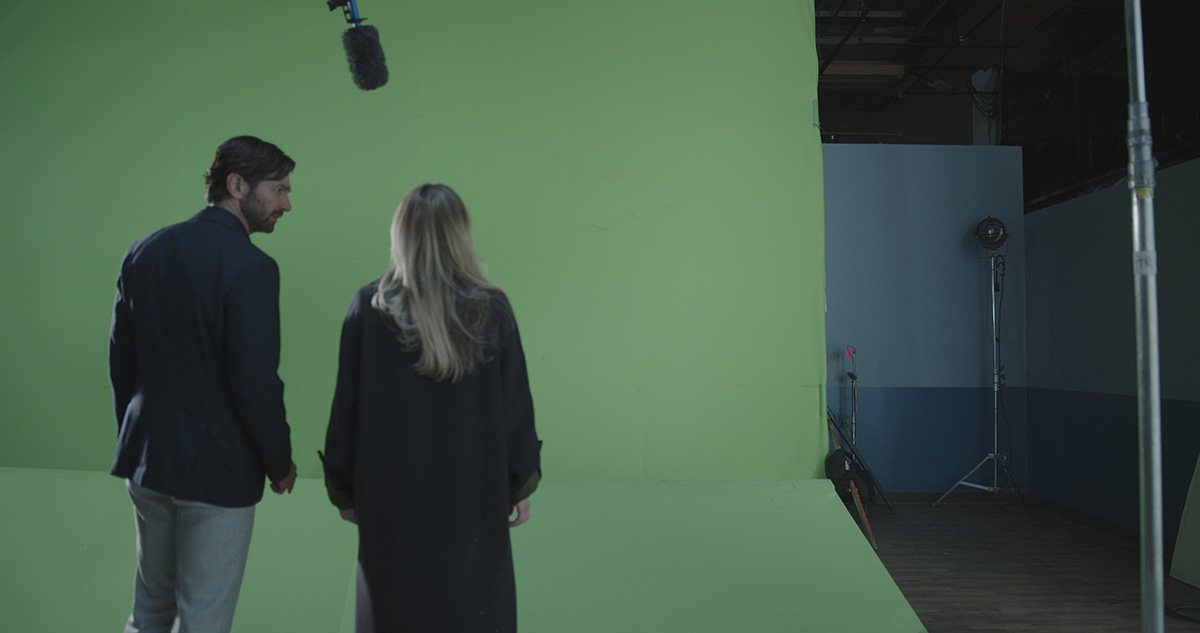 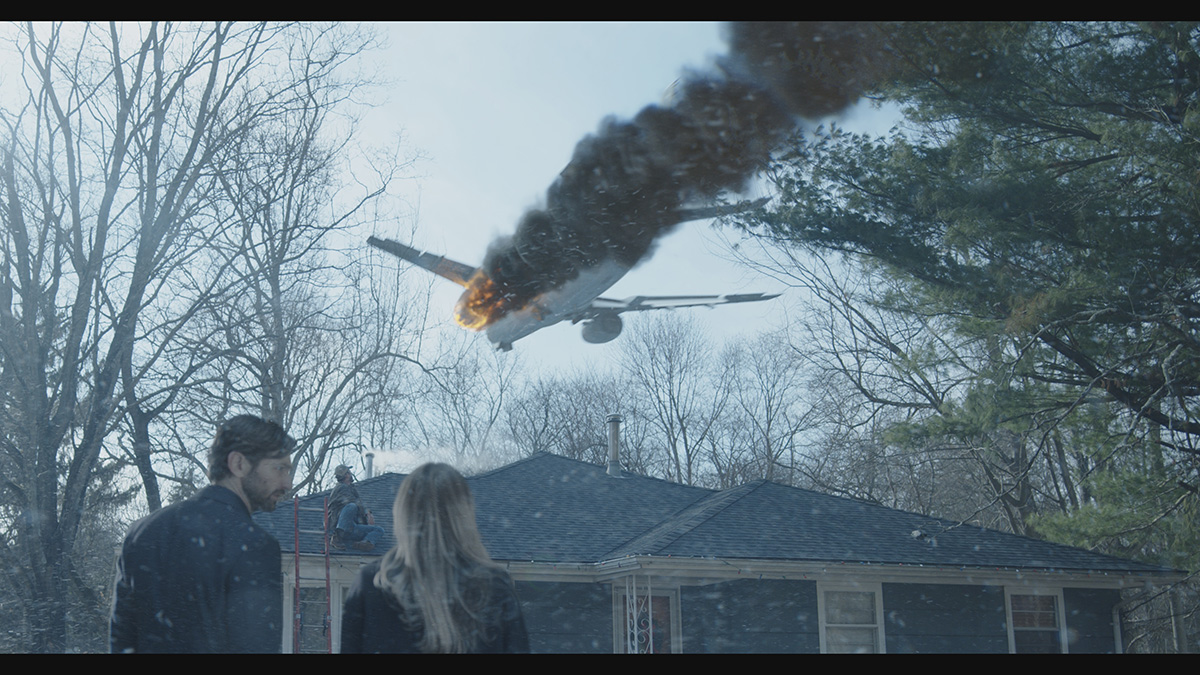 b&a: How did COVID impact on the VFX work, both in terms of any particular shooting and post requirements, but also remote delivery?

John Miller: Because of the on-set restrictions and testing policies, every day’s shoot had to be that much more organized and determined ahead of time.

We started working on the show ahead of the pandemic. When the pandemic hit and our offices closed, we thankfully were able to continue working because of the technical advantages of our pipeline. We had been working in our New York office and we went remote within 24 hours of the New York City shutdown.