How Framestore crafted the fully-CG scenes.

If you’ve caught Netflix’s Jingle Jangle: A Christmas Journey, directed by David E. Talbert, then you will have already seen the stand-out animated storybook sequences in the film, which take on a distinctive stop-motion style.

The sequences help map out some key story points that happen over years and decades. Behind the work was Framestore, led by director Ian Spendloff.

Here, befores & afters kicks off its Jingle Jangle coverage with a conversation with Spendloff about how the CG storybook look was achieved.

b&a: How were the storybook sequences planned out? Were they done with traditional storyboards or animatics?

Ian Spendloff: All the sequences were storyboarded multiple times, with the key important beats needing to be locked down early. The main montage which covers 30 years of story exposition was the most important, and we took our time making sure we were telling the right things in the right way. After creating a set of drawn boardamatics and making sure all the narrative beats were in place, we switched over to 3D previs, where we could really start plotting out the camera and flow. We wanted the impression of shooting it in one take, the camera gracefully moving from one carefully composed set up to another, with seamless transitions. 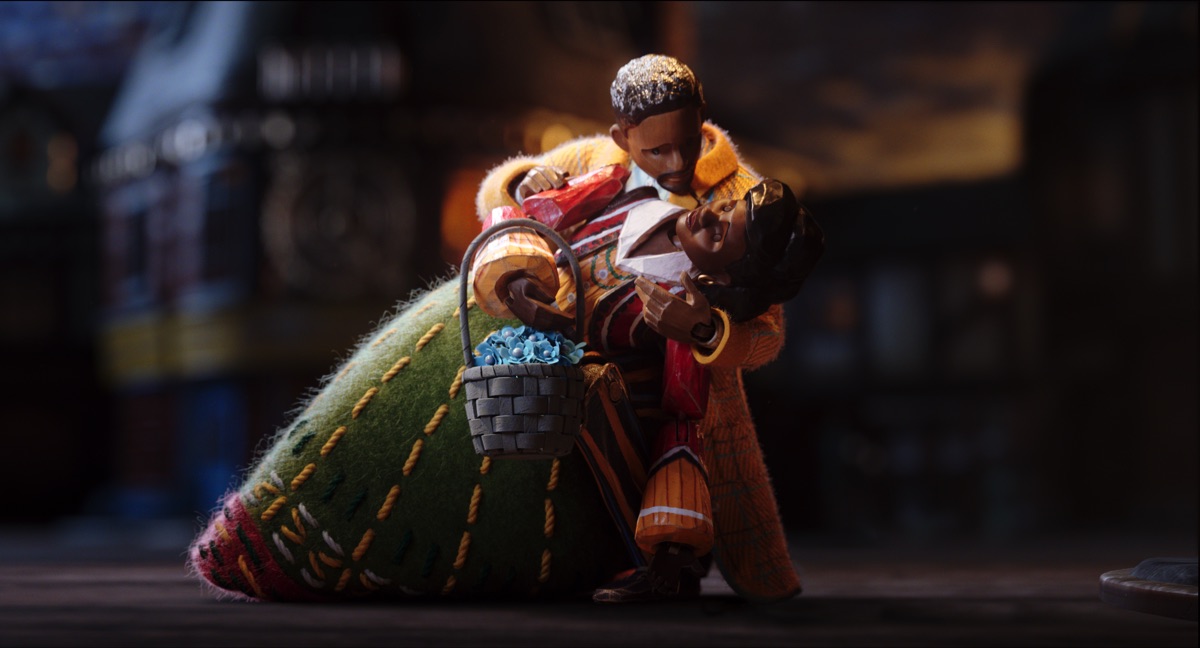 b&a: Can you talk about the modeling process – what approach to representing the characters was taken so that it was more stylized? How were environments built?

Ian Spendloff: Our approach to how we built the world was the same for all characters, buildings and environments; they all had to feel they were handcrafted by the film’s character Jeronicus Jangle, genius toy maker inventor. We got inside this character’s head and let that dictate how we tackled everything, from what materials he’d use, to what paint brushstrokes looked like at that miniature scale, to how he’d light scenes and create effects like rain.

And all the while thinking about what was available to him in that time period. We wanted it to be tactile, believable and real. It had to be real to the grandchildren being read the story in the film, so we wanted it to be believable to the audience too. We didn’t want it to feel modern, or CG; nothing that would snap you out of the world David E. Talbert had created for the rest of his film. Buildings and sets were designed to build up and self assemble via clockwork mechanisms, so we built everything in parts, with visible hinges and gaps and moving parts. Even if we didn’t see something transform or build or fold up, it had to look like it could. Every prop, building and character went through this thought process, from design to final execution. 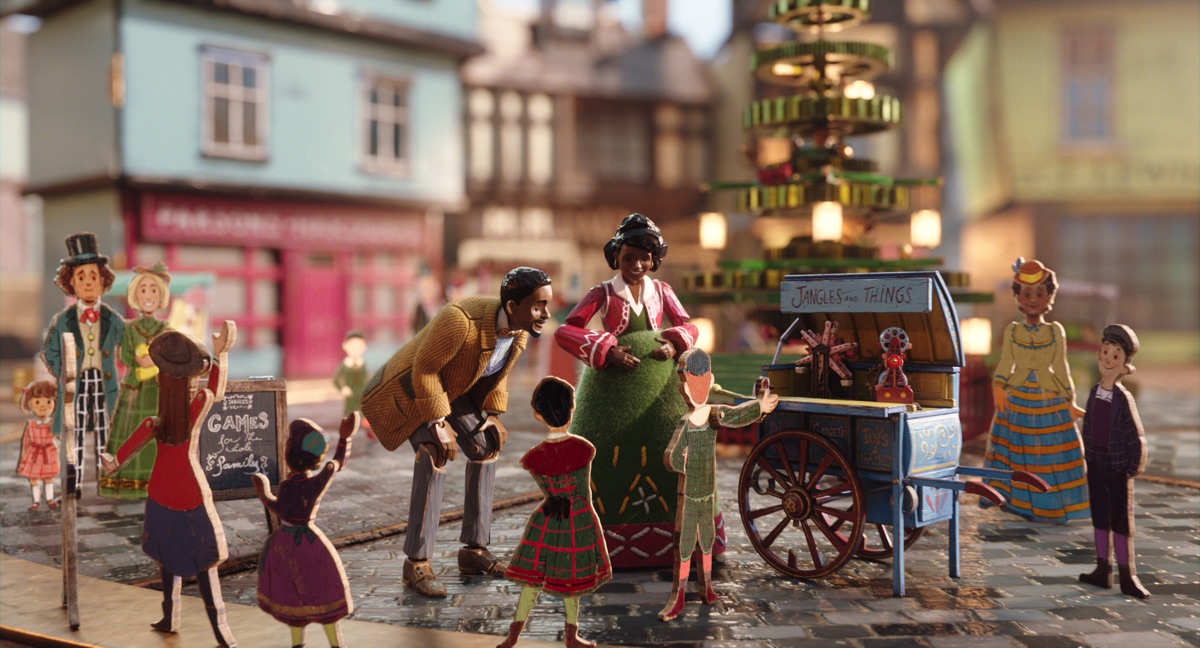 b&a: How was that stop-motion feel achieved in animation? What kind of iterations were necessary here to achieve the final look?

Ian Spendloff: This ‘doing it for reals’ approach was also key in how we made these characters move. If they behaved like modern CG animated films, it’d ruin the illusion. Again, how would Jeronicus Jangle animate these little figures and tell his story? The idea was to have everything move in a mechanical clockwork fashion, as if being driven by hidden gears, levers, pulleys and wires, like tiny elaborate automatons, having pre programmed movements and actions on set paths.

A lot of people think the animations are actually stop motion, which is a huge compliment, but that was never our intention. All of our action plays out in real time, 24 frames a second, as if it’s being mechanically acted out before you. But it’s nice that we seemed to have fooled a lot of people into thinking it was all ‘real’. We always wanted people to be unsure of how exactly we created this world, to get swept up in it and buy into it being an actual invention from this crazy toy maker extraordinaire. 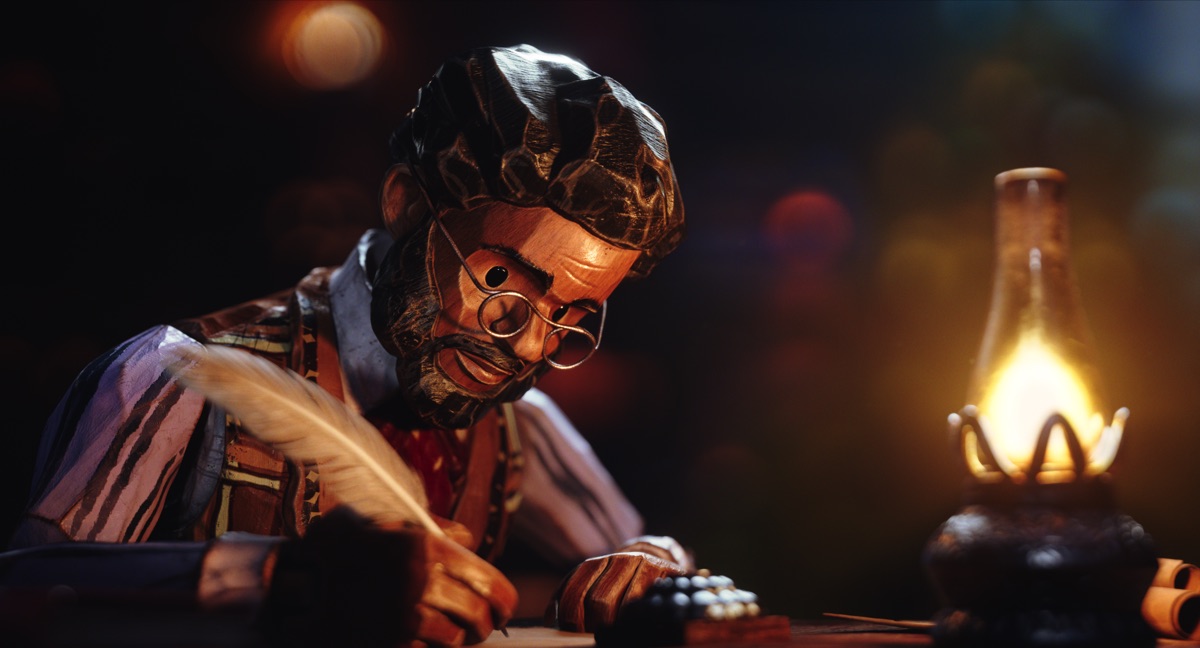