HBO’s Perry Mason re-boot is set in LA in the 1930s. This meant, of course, that several scenes needed the visual effects treatment to appear to be that period. Below, Digital Domain VFX supervisor Mitch Drain explains his studio’s work on that aspect of the show in augmenting street scenes, crafting a cable-car and fitting into the film noir look of the show.

b&a: When you were augmenting live-action footage to re-create a 1930s LA, can you talk about the kinds of things that informed that process, such as photo reference, Lidar scans, photogrammetry etc? How did that come together at DD to help craft the shots?

Mitch Drain: Like any good film noir, location, and the way it’s portrayed, is a character in and of itself. This is especially true of LA, as its various stages and looks play such a big role in our collective upbringing.

One of the cool things about Perry Mason is how it weaves iconic landmarks into the narrative. For instance, the pivotal event that drives this season’s storyline takes place in the original location of Angels Flight. For non-LA types, this was a cable-car railway that operated from 1901-1969 in the area which is now Bunker HIll. The opening sequence not only required a recreation of the funicular cars, but several angles and wide views meant to place the audience in old downtown LA. The challenge was that this area was ultimately torn down to the ground to make way for an urban redevelopment project in 1969. Nowadays, the only element that exists from the original site is its iconic archway, which can be seen in the show and was extensively photographed for our VFX environment.

We relied heavily on photo reference and clips from classic movies to give this area a period-correct feel, matching it as much as possible to the way it would have looked in 1932. Thankfully, DD has also amassed a vast library of buildings and street elements after decades of world building. We were able to edit some of these assets to save the showrunners time and money. The immediate area surrounding Angels Flight is very specific to the location, though, so that required building assets from scratch.

As you’d expect, the showrunners were very keen to be as accurate to the period/location as possible. Details such as period-correct phones, electrical poles and cables, as well as period-dressed digi-doubles really helped cement the VFX in the 1930s. Certain minor changes were made to accommodate storytelling, camera angles and to improve visual composition as needed. In those days, downtown Los Angeles also had a trolley system in place that ran through the city. This was another element that was crucial to us recreating a 1932 version.

b&a: For the Angels Flight cable-car, what were the things in that build and done in the final shots that you felt really made it ‘feel’ realistic, that made it feel like it had been filmed back then?

Mitch Drain: It was important that we matched the practical funicular cars that exist at the present Angels Flight location since it was used in principal photography. While we were on location photographing the area, we also photographed the car, inside and out, to use as a reference for the digital recreation. One subtle element that made the shots successful is the slight drifting and swaying of the car on the tracks. Almost imperceptible, it lends a subliminal reality to the shots. 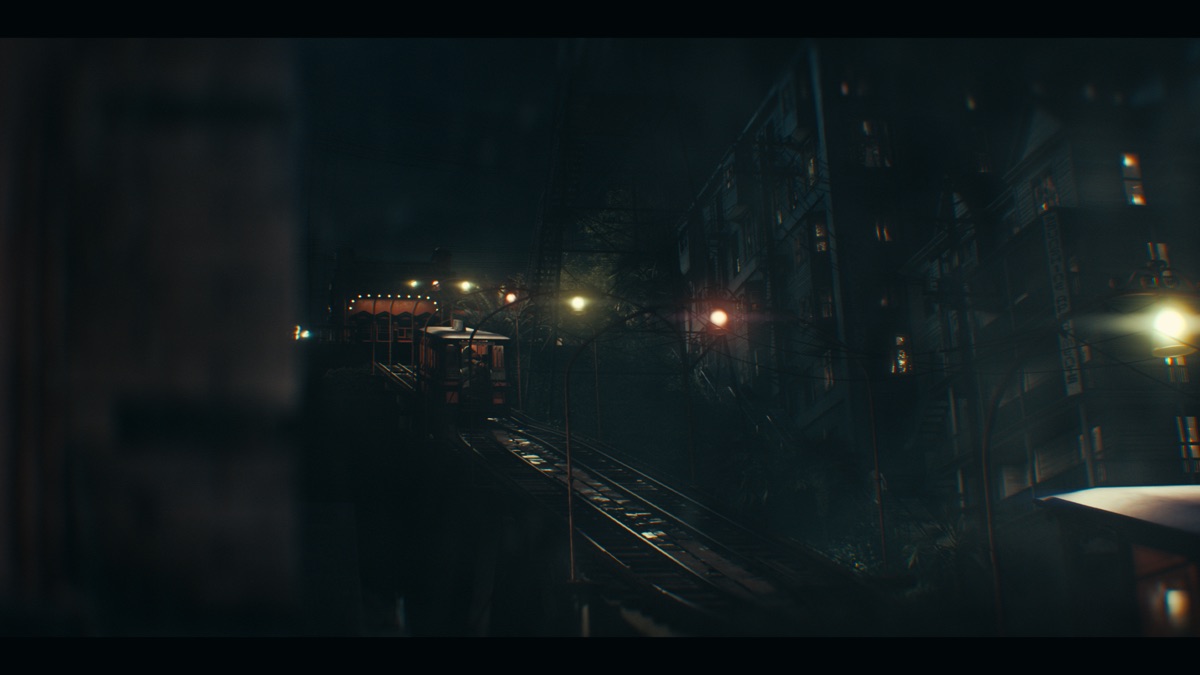 Another element are the digi-doubles that are riding the train and populating the surrounding environment. Digital Domain’s long history with digital characters came in handy here, as we were able to apply our library of character shapes and walk cycles to the digital environment. The period-clothing helped blend our digital extras to the actual background actors even more, giving everything a seamless quality.

b&a: There’s a great sense of film noir in the show, how would you describe the way VFX had to fit into that aesthetic?

Mitch Drain:Once the environments and requisite set dressing were created, the task of texturing, lighting and color correcting the elements was undertaken. Film noir is a traditionally black and white genre, so desaturated colors and carefully designed light play were used to update the film noir feel, without losing anything that makes the style so potent. 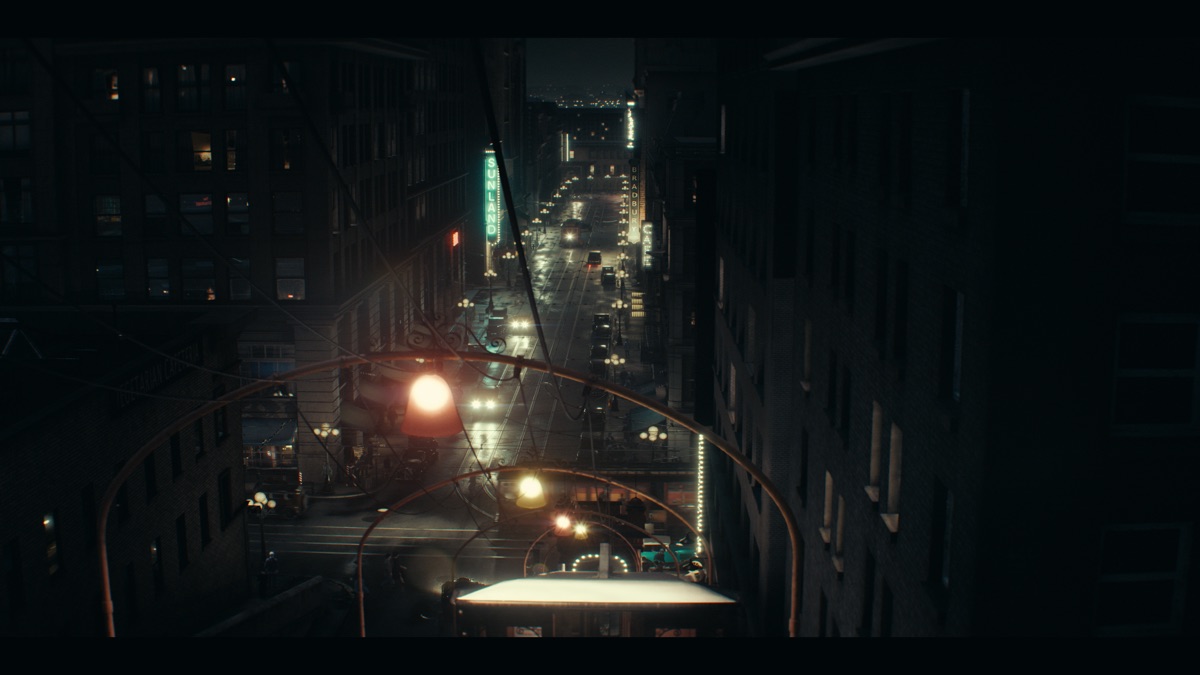 This also meant that the moody nature of the photography, with its deep blacks and bright lights, had to be matched by the lighting and compositing teams at DD. We worked very closely with the client side VFX supervisor, Justin Ball, to match the overall show aesthetic and maintain visual continuity between the VFX shots and practical photography.

One of the good things about a style being so established is that you know what the expectations are from a viewer’s perspective. Aesthetics come with natural constraints and markers, so playing into colors, textures, shot styles and other traditional film noir-like touchpoints all helped this come together in a way that will feel familiar to anyone that has any experience with the genre.