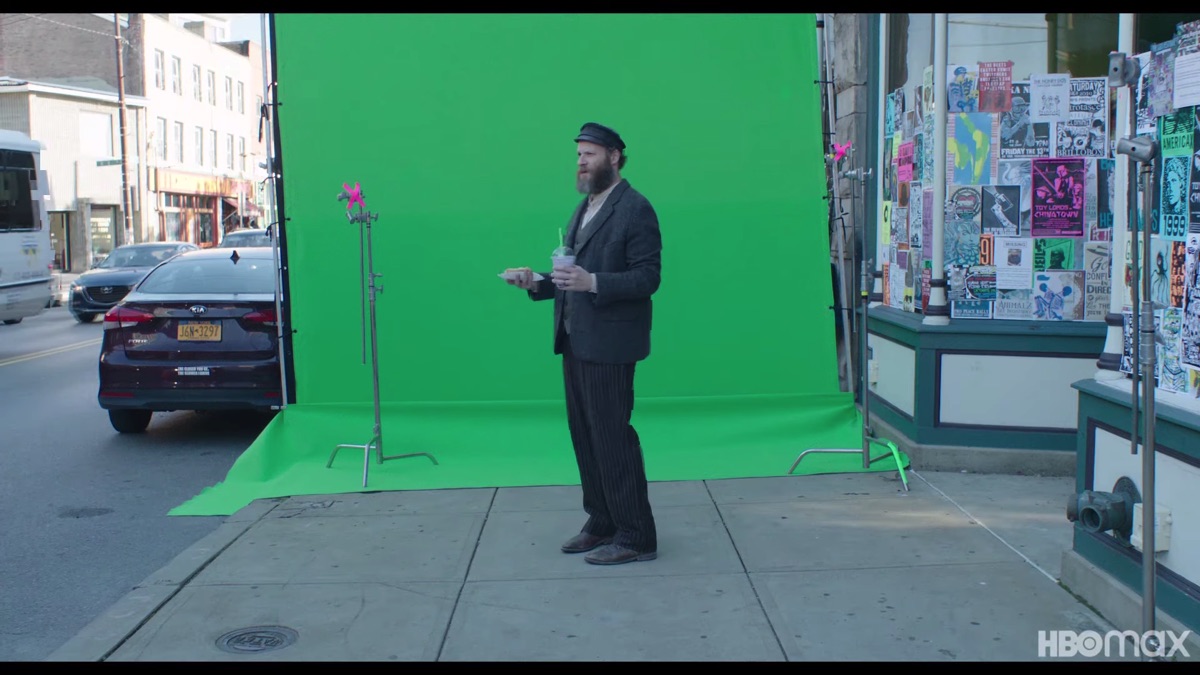 I love that it’s called ‘The art of twinning.’

For An American Pickle, Set Rogen played two parts, one where the actor has a beard and one where he doesn’t. That involved a very deliberate approach to the shooting (ie shooting Rogen not only separately but also later in time) and then to the VFX work for the splitscreens.

Was fun to see the greenscreen shooting, the acting double (who wore face markers, but didn’t actually talk, only emoted, while performing sides), and the amazing interactions that were achieved.

The VFX supe was Adam Rowland, and the main vendor was Nviz.