SFX supe Jeremy Hays reveals his practical effects for The Equalizer 2, Once Upon a Time in Hollywood and Doctor Sleep.

A few months ago I had a fantastic chat with special effects supervisor Jeremy Hays about his work on The Call of the Wild which included, amongst other things, building a whole river!

We decided to reconnect on a few other recent projects Hays has been involved with. For The Equalizer 2, Hays orchestrated a major storm while a fight scene occurs. On Once Upon a Time in Hollywood, the SFX supe had to build a working flame-thrower (it ultimately resulted in Hays appearing in a scene in the movie himself). And on Doctor Sleep, Hays crafted a re-creation of The Shining’s famous snow hedge maze.

Here he breaks down, for befores & afters, the practical effects on each of those effects projects, with a whole bunch of behind of the scenes images and videos to check out.

Conjuring a storm: The Equalizer 2

The script called for a final fight scene between Robert McCall (Denzel Washington) and several mercenaries in a small Cape Cod type town in the middle of a hurricane. This ending has all the elements that a special effects coordinator loves to see; high winds, misty rain, smoke, flying debris, waves crashing along the shore, bullet hits, harpoons flying, breakaway walls and doors, bakery explosions…action movie stuff.

One of the specific things that I am proud of from that movie, is the mobile wave system that we created to move all along the town to simulate storm waves coming over the breakwall.

This system required miles of hose, large 250 gallon air accumulators, huge tow behind air compressors, giant gas pumps and water storage containers, and 25 large water cannons fired from a switch board; all designed to break down and move with the changing tide and the changing shot list, giving director Antoine Fuqua as much creative shooting flexibility as possible. This effect, working in harmony with the various other wind machines and atmospheric elements really helped us lay down a solid foundation for the storm.

Having the opportunity to help build story tension with the use of an incoming hurricane and track a storm along a script’s timeline so that the created levels of the storm build with the tension of the plot and enhance the story’s suspense and visual movement was every reason I became a practical FX guy in the first place.

All of this, while creating the ability to be super mobile, and flexible to the location’s logistical hurdles and the tight shooting schedule through the use of various types of special effects equipment and motivated FX team.

I loved working with Antoine. He is very passionate about his projects and it was fun to be an ally and an adversary throughout the entire storm.

We, as a practical FX team, had to prep in a storm, work in the cold, battle with the changing tide, work from dark to dark and move heavy equipment from one end of the town to the other for about two weeks of shooting. And although the conditions were not great, every one of us earned a wonderful memory of our time in Brant Rock, Massachusetts.

How to make a movie flamethrower: Once Upon a Time in Hollywood

On Once Upon a Time in Hollywood we had to create a real working WWII era flamethrower to be used by Leonardo DiCaprio in the movie. Initially, in production meetings, the conversations were more in the vein of doing close up scenes with Leo and the flamethrower, and all of the wider shots where Rick Dalton (Leo’s character) was to burn stunt performers, we would use a stunt double.

Having worked with various types of fire emitting devices and pyrotechnic FX in the past, I felt that since we had time to develop a system that would allow for the safe use and performance, we should at least entertain the idea of being able to use the main actor for these scenes if we did enough testing and everyone felt comfortable.

The flamethrower included the following features:

And here’s the story of how Hays also became part of the famous flamethrower scene in the film, too. 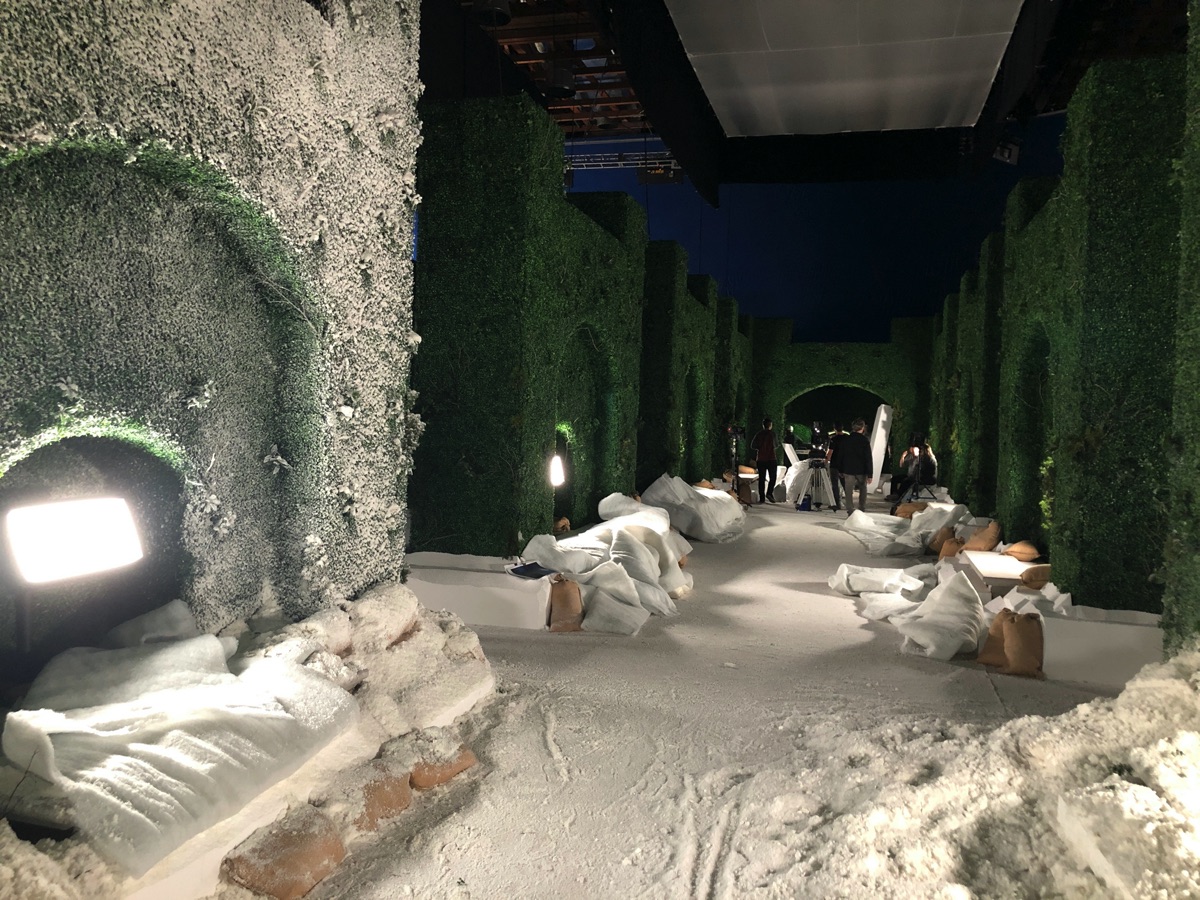 I had the opportunity to recreate a section of the snow hedge maze from The Shining for the movie sequel Doctor Sleep. An alternate ending was created and I was asked do the practical FX on the additional photography in Los Angeles including the snow maze. Being a huge Kubrick fan, it was great to be able to contribute in any way to anything even remotely connected to his legacy. 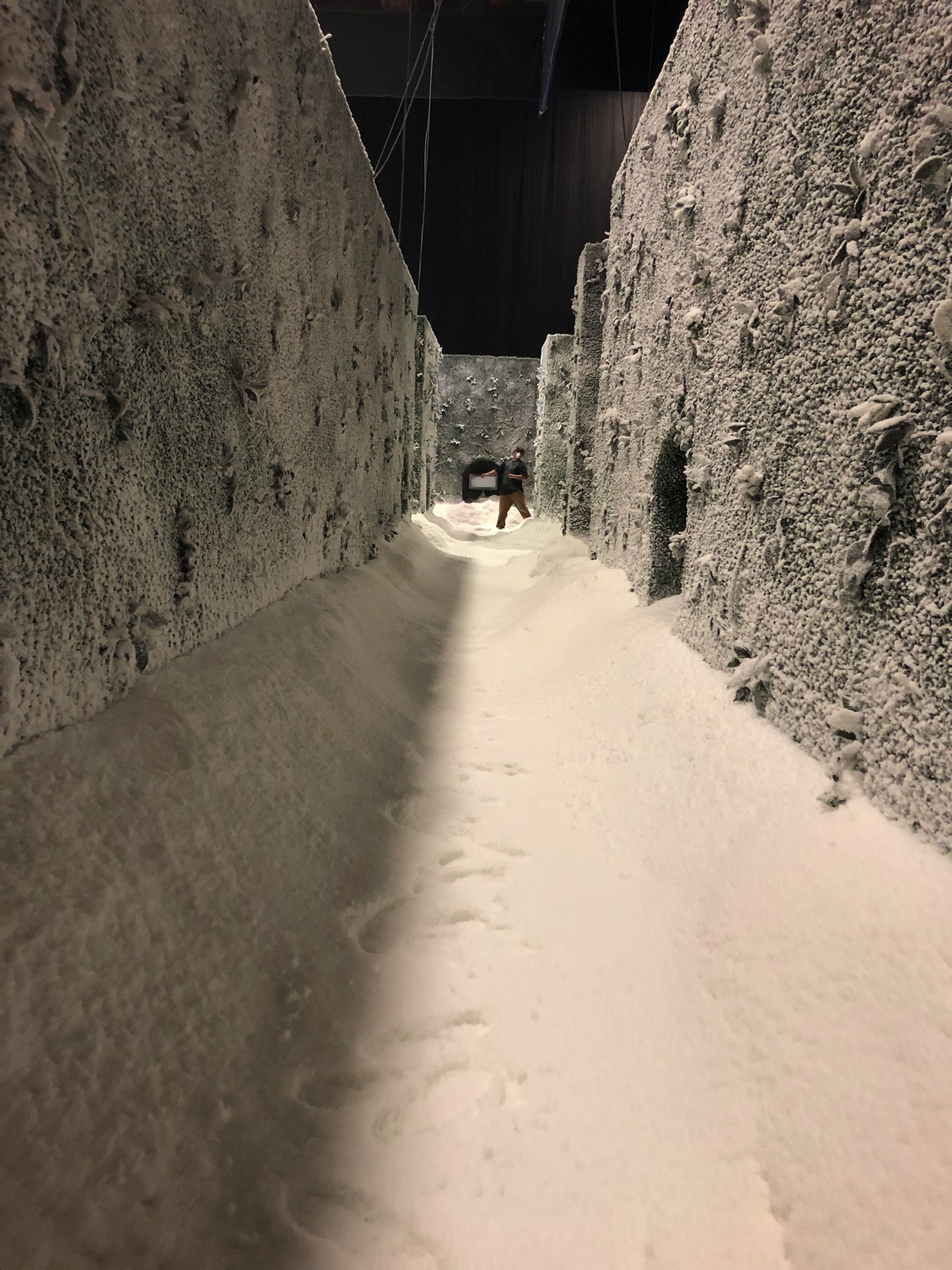 It was also challenging to create the environment in such a short time and even more challenging to create atmospheric smoke on a stage with children using the new smoke exposure requirements set forth by SAG and Warner Bros. safety. We had to try and create heavy smoke levels throughout the stage to match the Kubrick footage, while being mindful of the exposure level of the camera operators and minors on set. While creating different layers of density and varying the smoke exposure time of the crew and talent, we were able to achieve the thick smoke levels.