When Framestore was working on Charlie Bean’s Lady and the Tramp, a re-imagining of the classic Disney 2D-animated film, the VFX studio was called upon to animate several photoreal CG dogs.

The animators at the studio studied the on-set live action dogs, numerous other dog reference, voice-over actor reference and their own vid-ref for the task, and ultimately came up with very specific behaviors – or tics – to animate; things like ear and nose twitches, eye brow raises, tail wagging and a myriad other small but important movements.

Animation supervisor Arslan Elver shares with befores & afters how his team approached those different dog tics, starting with the real dog reference from on-set and taking the performance further, even for smiling and laughing moments.

Eyes and eyebrows: When dogs do eye darts, the ‘left’ and ‘right’ in the eyebrow switches direction because of the anatomic shape of the eyes and how the eyebrow sits on it. This was especially the case with Tramp because he had so much hair and fur around his eyebrows. When he shifts his eyes around, those eyebrows were shifting around. That gives a much more animalistic feeling while still keeping the performance.

Dog’s eyebrows are much more expressive than other animals so we tried to match that as much as we could. Sometimes we took a bit of creative freedom to adjust it a little, or exaggerate it to sell a feeling or an emotion. Sometimes the animators would put an eye dart and immediately do a shifting eyebrow movements with the inner eyebrows, which is fun and it makes it look like a real dog, but it can be too fast and too big on a close-up, so we’d bring that back a bit. 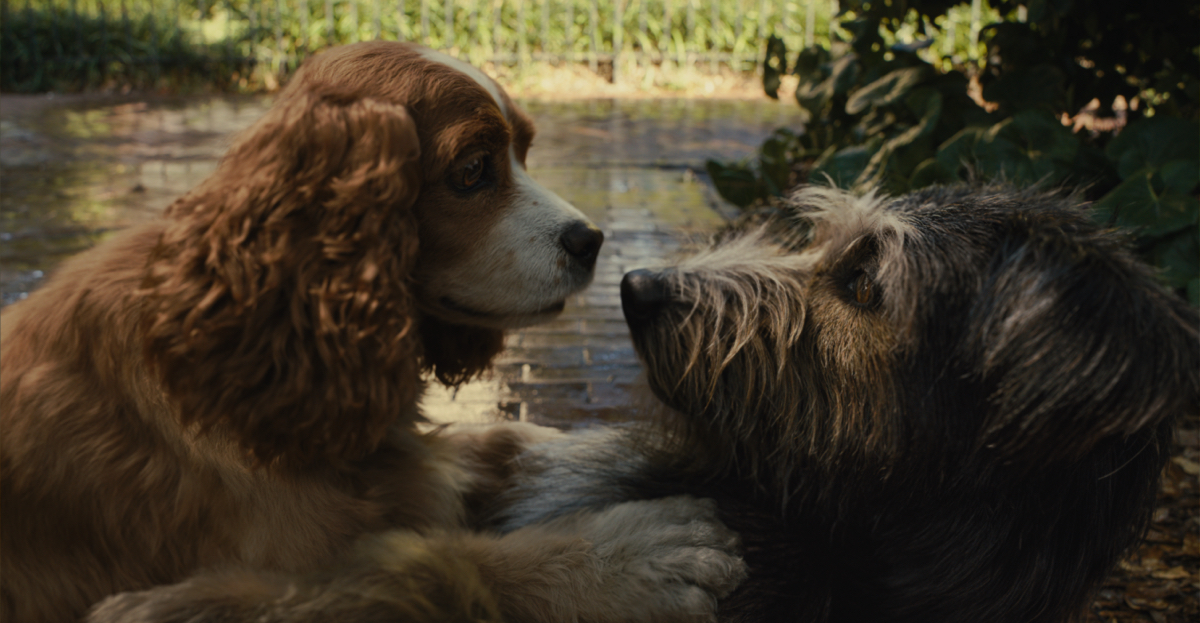 Noses: Dogs move their noses quite a bit when they need to. Left, right up, down, everywhere. We would add those to the very close-up shots. But, sometimes when the line is being delivered, you want to just look into the eyes, because that’s always the most important thing.

And if that nose twitch or ear twitch is too much, I would have the animators take it out or tone it down, or delay it to a place where there was no dialogue. You don’t want to take the attention off the eyes.

Ears: Lady’s ears sat on her skull in a very particular way. If you create gaps between the ears and the skull, it looks off. She looks off-model. Also, we used the ears a little bit like shoulders.

If you say something or if you’re surprised, your shoulders go up, so we did the same with Lady’s ears, based on reference. Our rigging department made a nice rig where, when the ear moves around, it was dragging the skin around the skull. 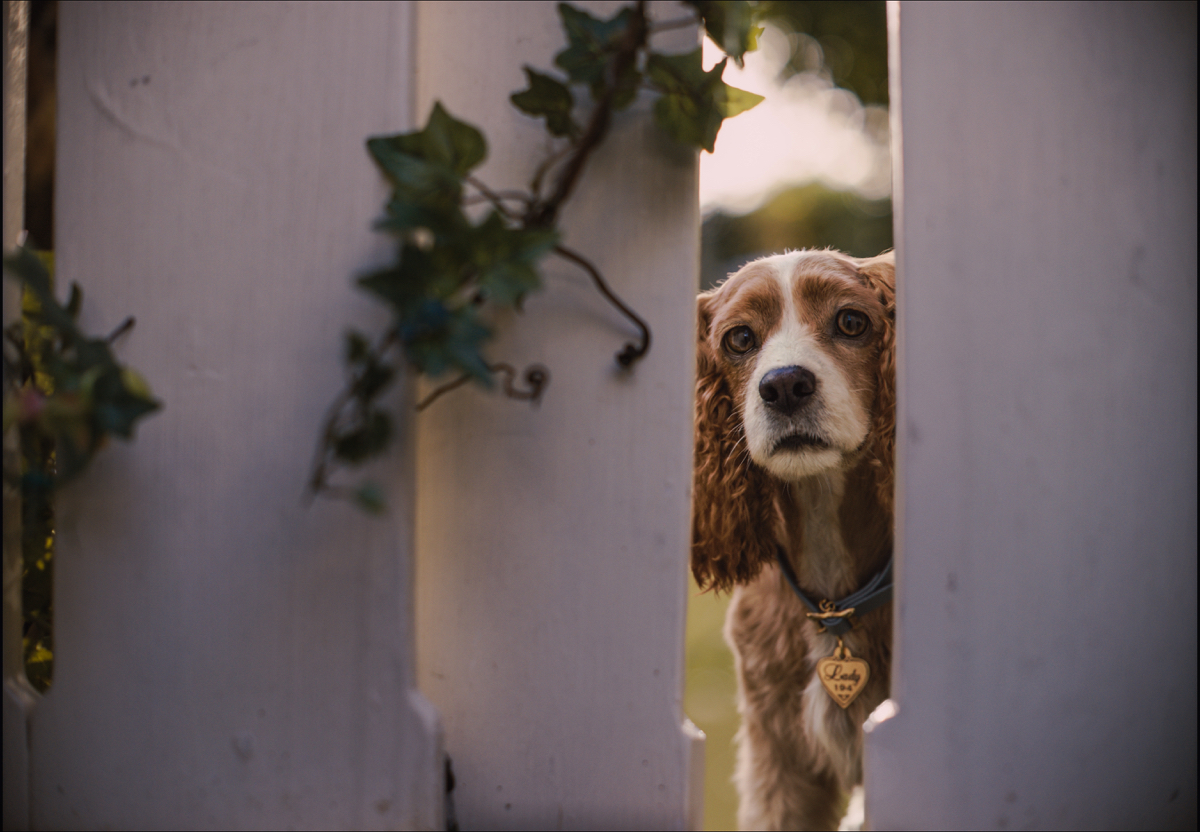 Laughing and smiling: If we needed to make the dogs laugh or smile, we could keep the mouth shut and put just the corners up like a normal smile, but it looks weird. Particularly with Lady, it looked like the Joker with those black lines around her mouth!

There was one reference clip we had, though, of the dog hanging there looking at her trainer in a very sunny day where she’s panting, she licks her mouth and then she keeps panting. I was looking at that while we were doing all this animation and I thought, hold on a minute, she looks like she’s laughing or smiling!

When dogs pant, the tongue is out, but the corners of the mouth are back and the jaw is open a bit. We used that as an idea in one of the scenes when she laughs, and Charlie loved it. So we did panting for laughing and smiling. We were trying to look always an animalistic way to bring the emotion out from our characters.

Tails: Dogs show a lot of emotion with their tails. In the famous spaghetti scene, there were a couple of shots where the chef brings the spaghetti to the table. At this point, Lady and Tramp are not talking, just looking at each other and looking at the plates they’re bringing in. The animator found a very nice reference of the dog looking up and down. He really matched it very nicely and it looked very realistic. 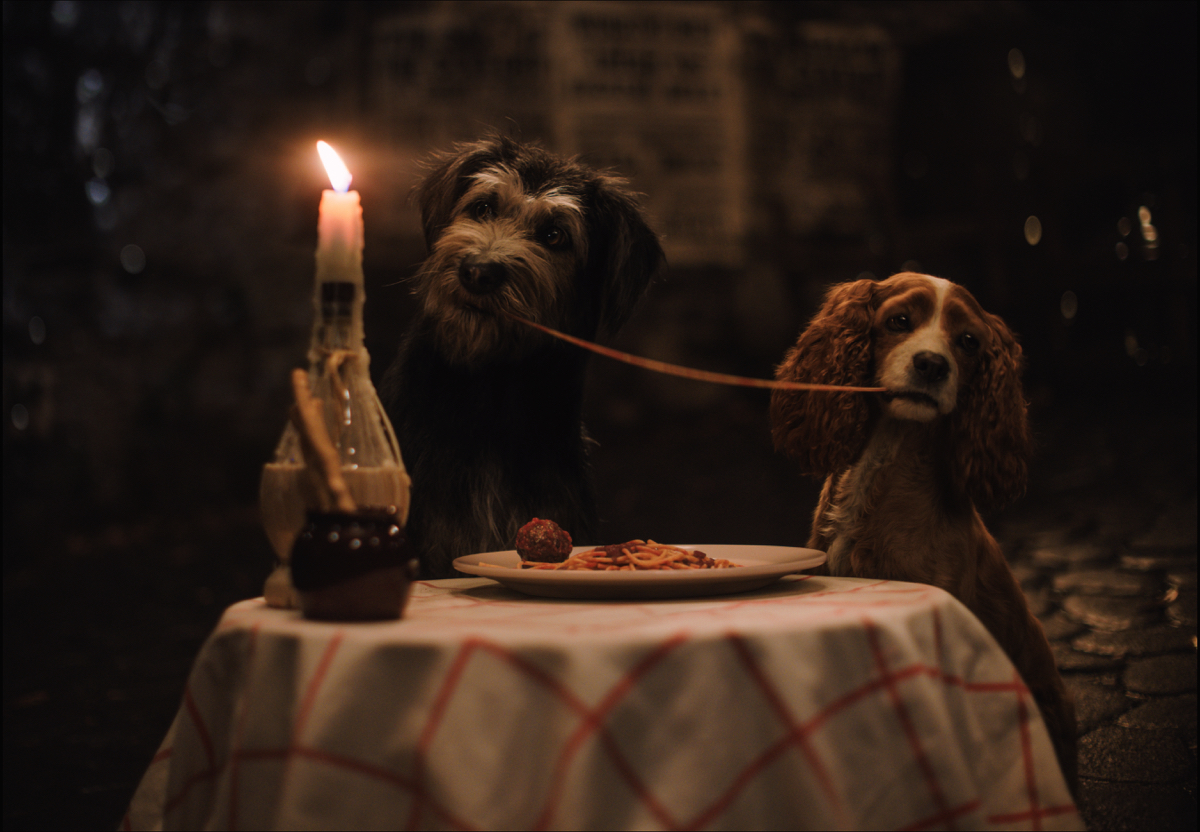 But I thought what was missing was that Tramp needed to wiggle his tail because he was getting excited about the food. So we put that in. But then we looked at the tail and it was just the tail and it looked very isolated. Then we start to wiggle the bottom a little and it become more realistic. At one point I was like, is that the real dog or is this the CG one?