From monsters to Mufasa

Welcome to the new befores & afters series, ‘Body of Work’, where VFX studios and artists will be breaking down highlights of one particular kind of visual effect they’ve done.

We start today with MPC, which in the past few years has ramped up its creature and character pipeline. Something the studio refers to as the MPC Character Lab. Some of this work has involved intricate integration with live-action plates and actors. Some has been in the realm of completely photoreal digital shots.

Here, several artists from MPC explore the main challenges of creating the creatures and characters from World War Z, Guardians of the Galaxy, A Monster Calls, Detective Pikachu and The Lion King. 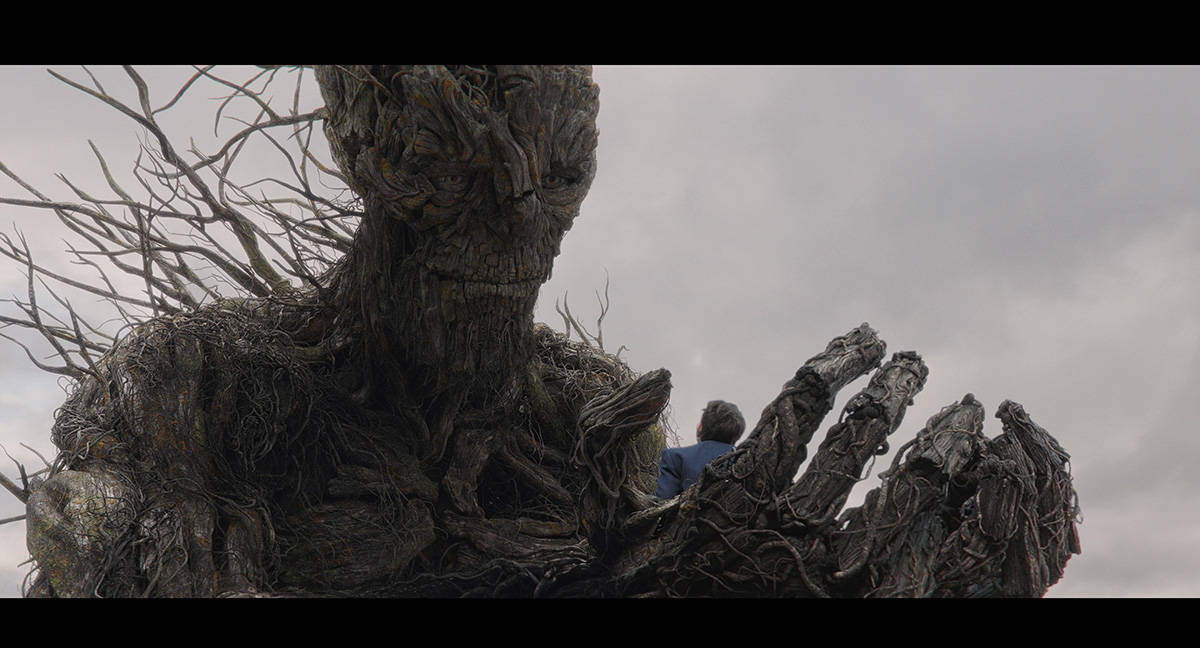 I would say that the main challenge was creating a CGI character that matched the delivery of Liam Neeson. It could hold its own next to the heart felt performance of Lewis MacDougall without taking the audience out of the scene. Plus the challenge of creating a monster that was 20 foot tall. It was made of wood, with a face of interlocking rigid wood pieces.

To make it work, MPC’s RnD team spent a considerable amount of time developing a new type of facial control. That would slide and interlock each of the hundreds of wood pieces on the monsters face. Instead of stretching them, to create a naturalistic look without a rubbery finish, and at the same time with enough detail. And also, control so the expression in the eyes and lip-sync performance still worked. 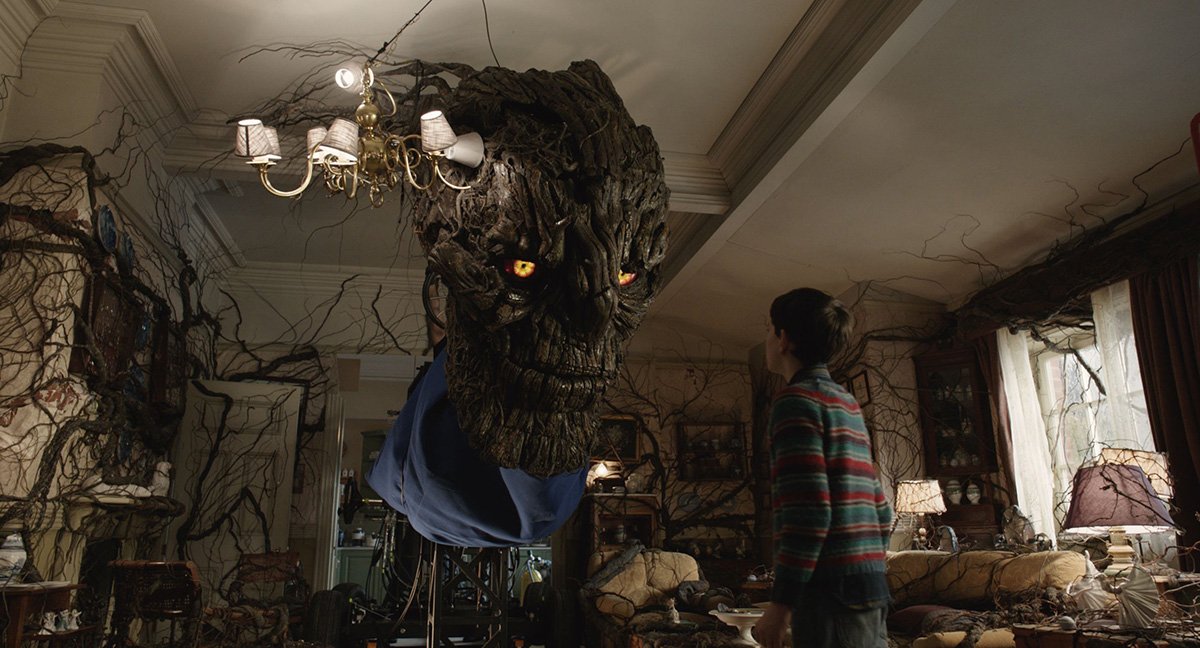 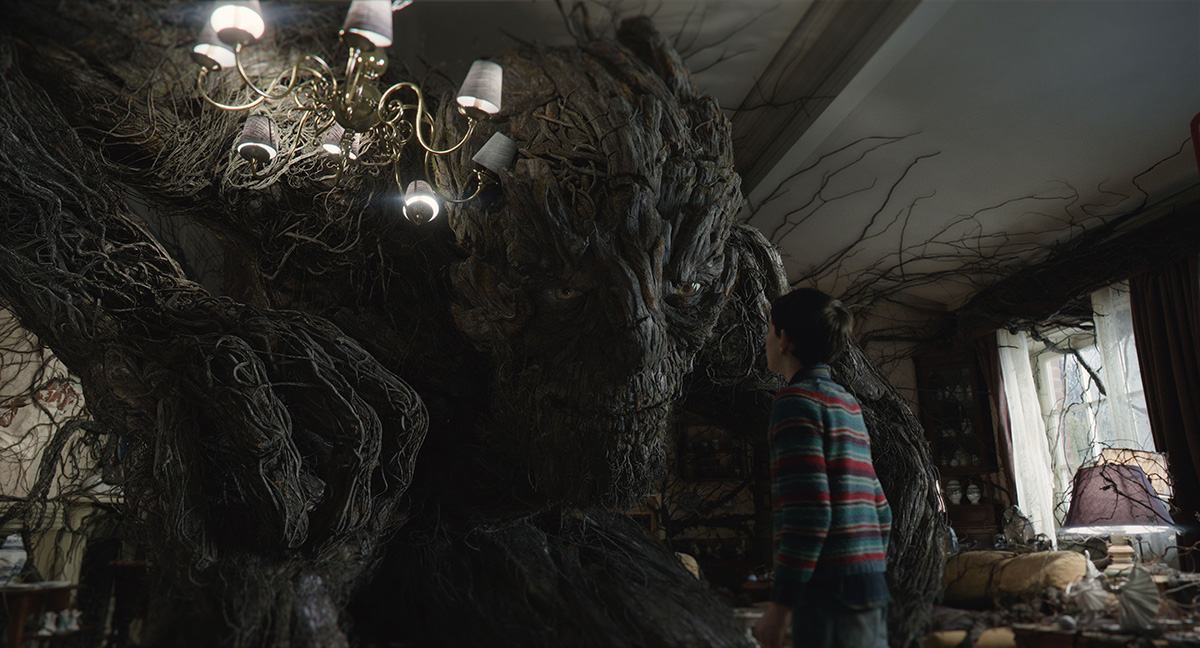 It was slower and harder to work with than the average animated character, but I think it was worth it as it looked great in the end.

Pikachu required an appealing, photoreal look that maintained the Pokemon Company’s approved likeness to the original anime design. Beginning with the model, we matched the silhouette from the Pokemon reference sheet. Then balanced out the ratio of flesh to fur to give a pleasing fur volume, with an anatomically correct body underneath. Eyes, claws and mouth interior details drew from the real-world reference of kittens and chihuahua puppies. To give a feeling of realism, but still cute and likeable.

Groom focused on creating a complex texture reminiscent of rabbits and kittens, working with Tech Anim to setup realistic dynamics. Rigging balanced fleshy, volume preservation, with the ability to create strong lines of action and silhouettes, working closely with Animation to refine the puppet. Facial Modelling was influenced heavily by the anime combined with reference footage of Ryan Reynolds’ performance. 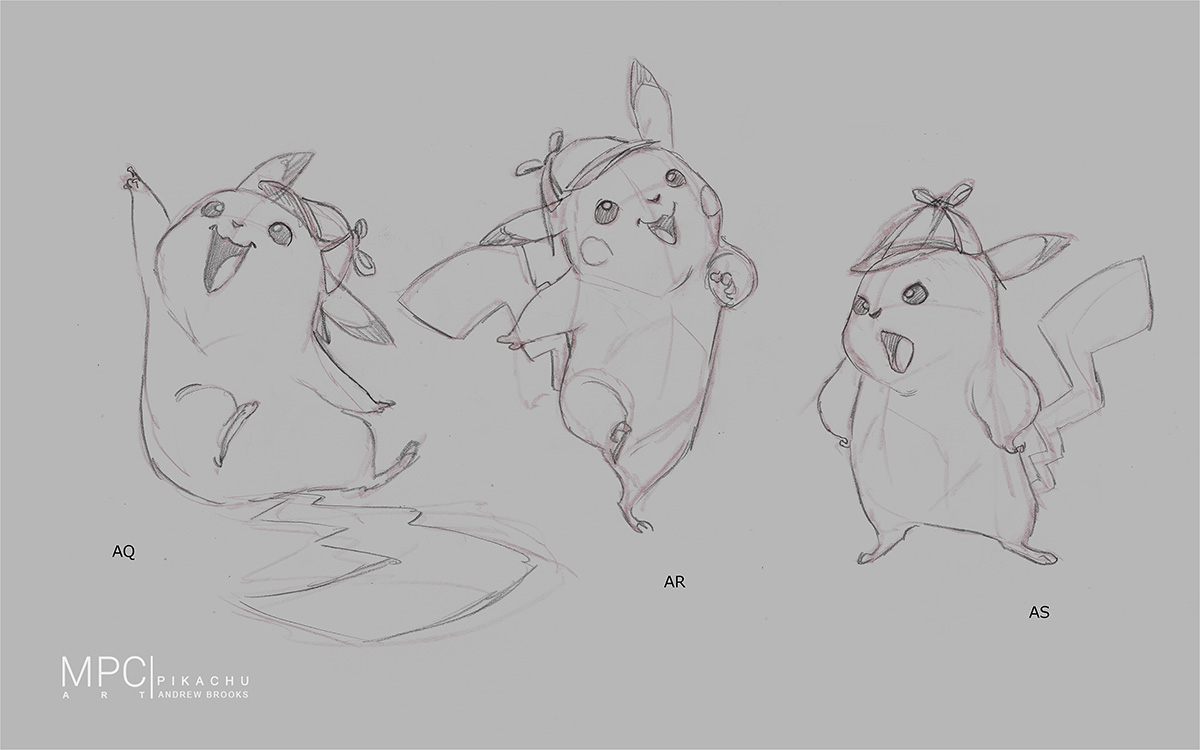 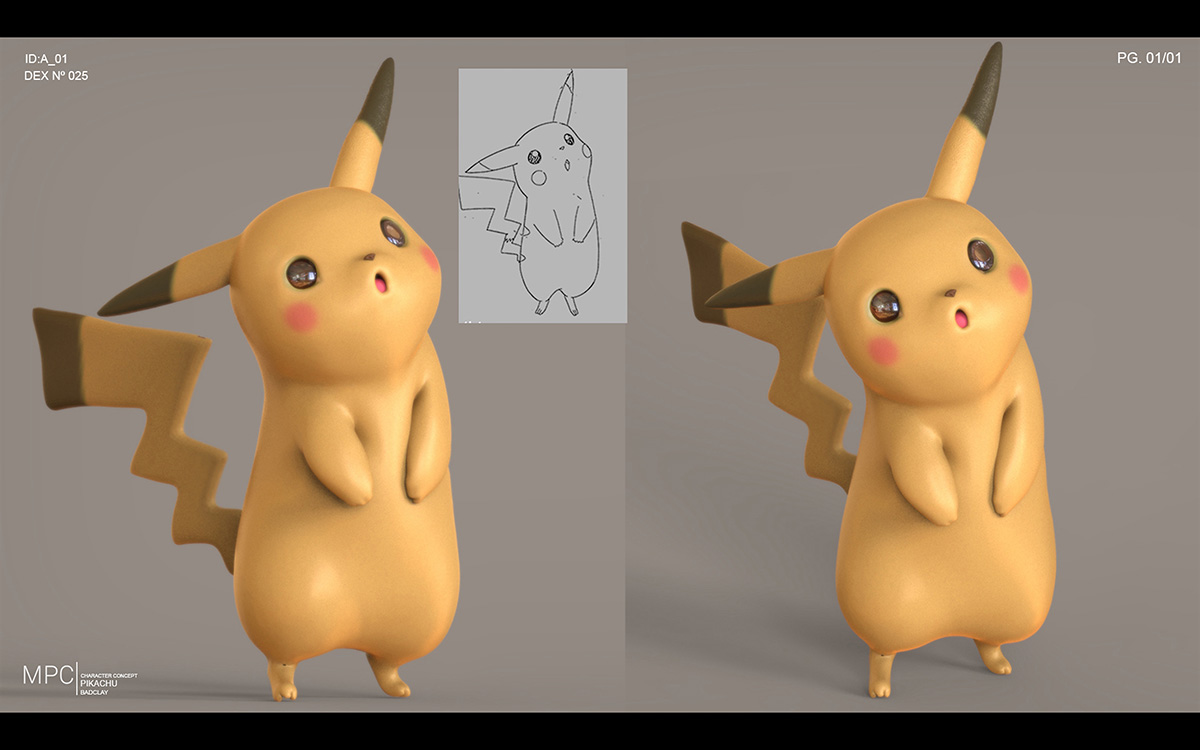 Our facial shapes were carefully sculpted to echo the anime, yet maintain volume and facial muscle flow. Also ensuring that the shapes worked well together to support dialogue animation. Shading and Lookdev’s biggest challenge was tuning our fur shader. That usually draws from a palette of real-world melanin values, to work with the specific Pantone yellow of the Pikachu reference sheet. 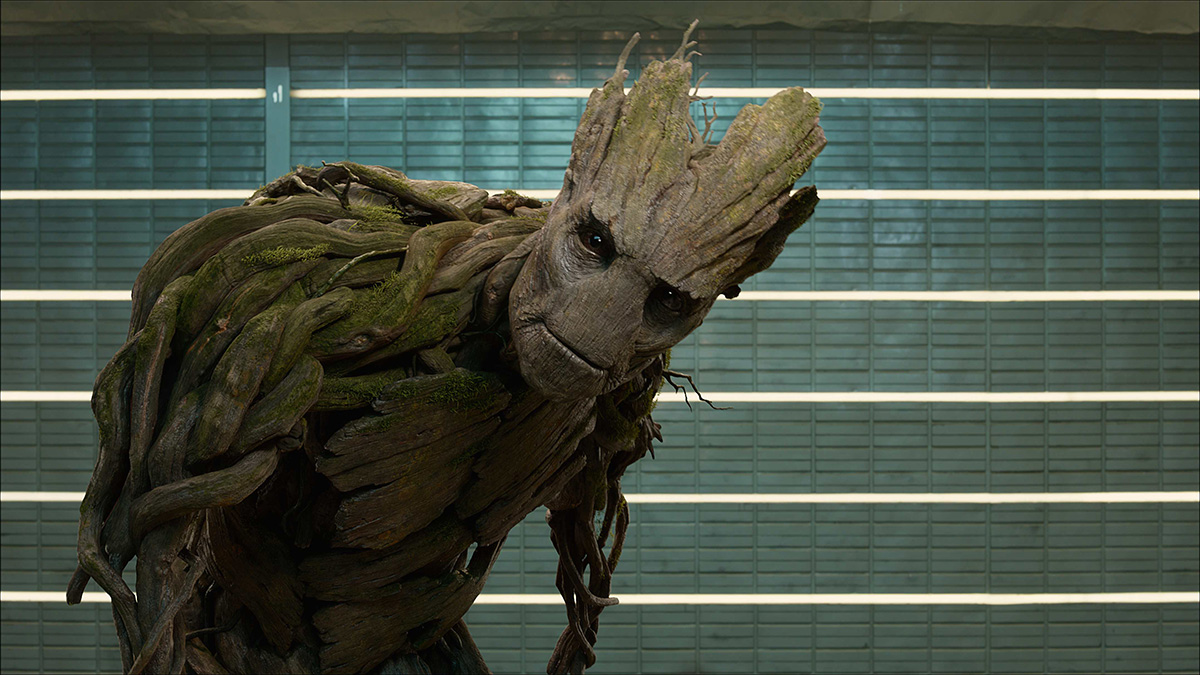 Groot was a really interesting character with some really specific challenges. As one half of the duo with Rocket it was essential that Groot’s performance connected with the audience emotionally and comedically. Even with a partially restricted set of facial features and dialogue.

We put a lot of effort into the eyes as the soul of the character. Aiming for a deep amber depth to them that was both alien and familiar. So, that a nuanced performance could be delivered through the subtleties in his facial expressions. 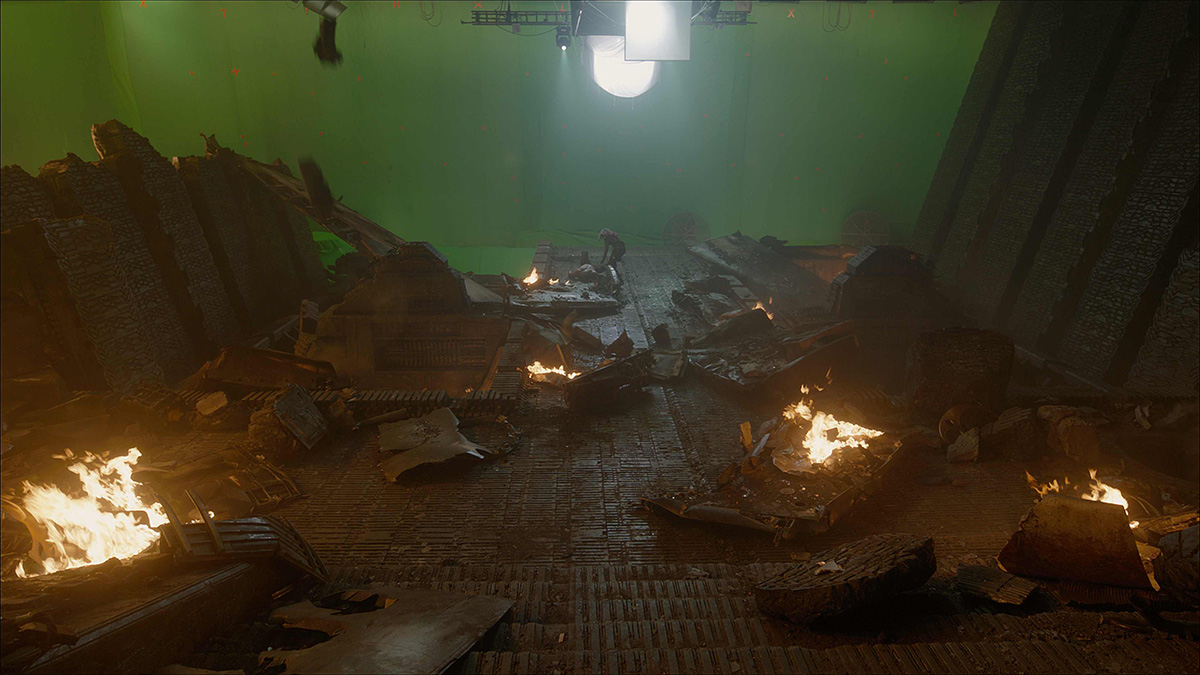 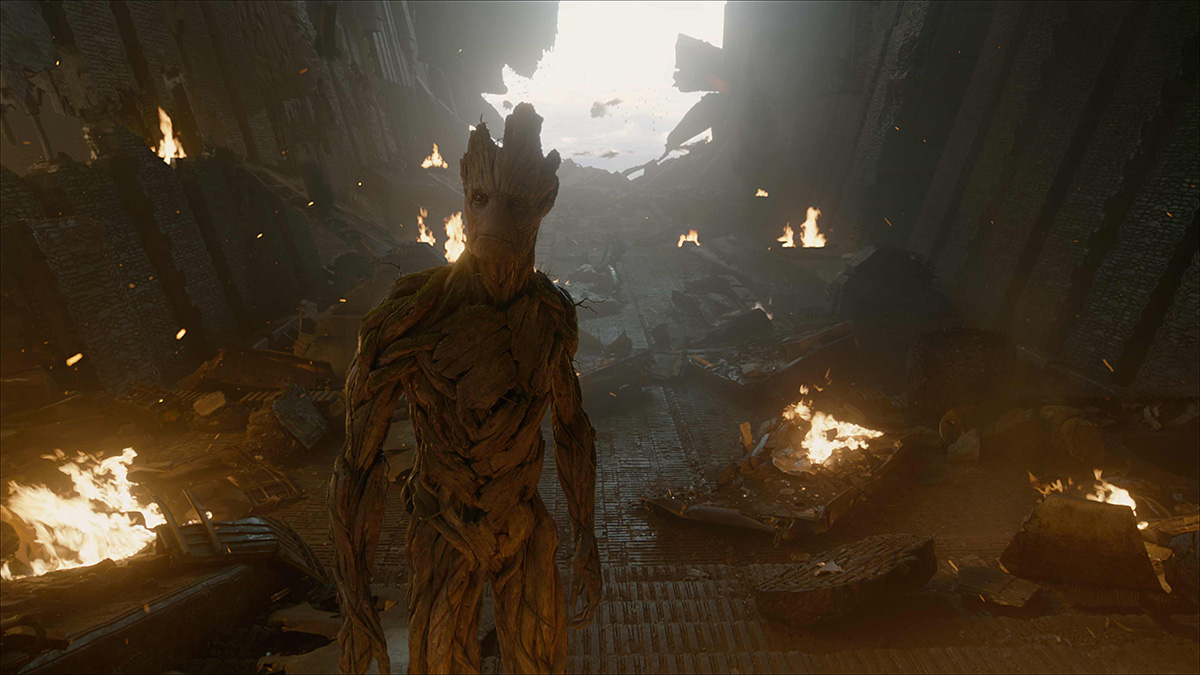 The technical challenges of bringing Groot to life centred on the way to design. And articulate a face and body made of many complex ‘wood-like’ vines and branches that both looked real and moved believably. Avoiding any kind of ‘man in a suit’ rubbery-ness that could easily look artificial and simplistic. And also, giving a level of subtlety to his physicality to make the audience believe such a creature could really exist. 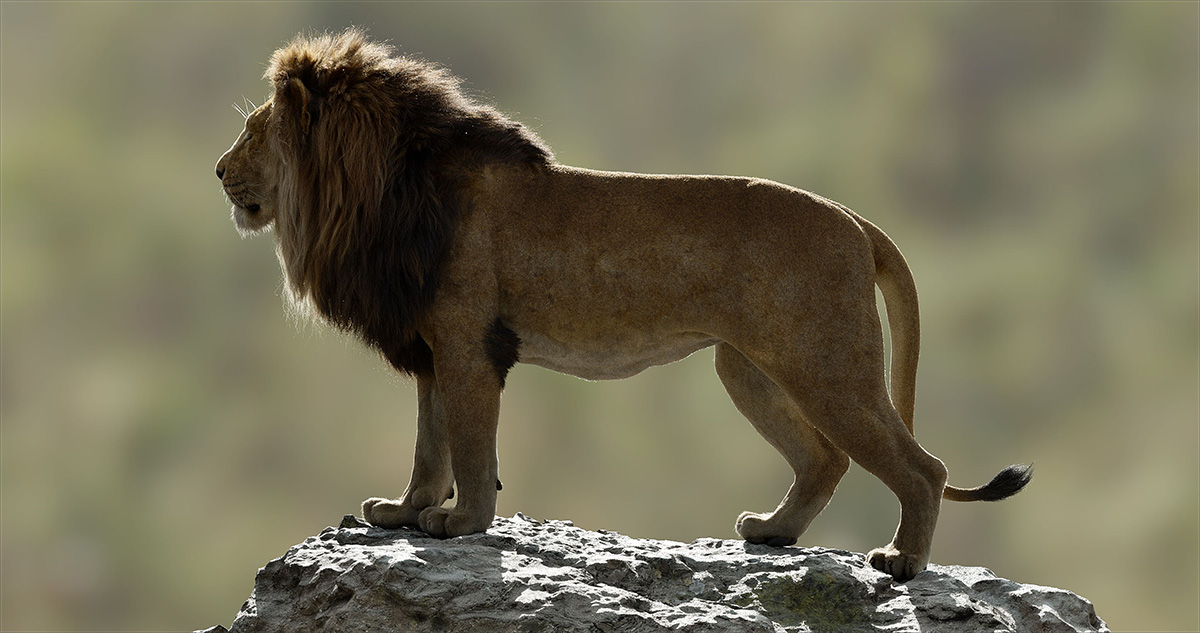 The main challenge in delivering Mufasa for The Lion King was the amount of character design work that was involved. Obviously the first point of reference for the character was the original 1994 film. It was useful to know that James Earl Jones would be returning to voice Mufasa, knowing what the character would sound like when we spoke helped in the design process. I addition to this we had a number of sketches and artworks to use as inspiration. We were not doing a straight 2D to 3D copy of the original however, so from there we supplemented what we had with as much real life reference as we could find.

Most of the best stock reference of lions is of those raised in captivity, they are relatively tame and people can get quite close to take a photo, but the issue we had with these was that tame lions are generally well fed, have a higher than average body fat and a glossy coat. Wild lions are thinner and more lean, their coats are imperfect and not groomed. Mufasa had to look more like this, but at the same time be majestic and powerful rather than under fed and unkempt. Finding the right balance between the two was a tricky process. 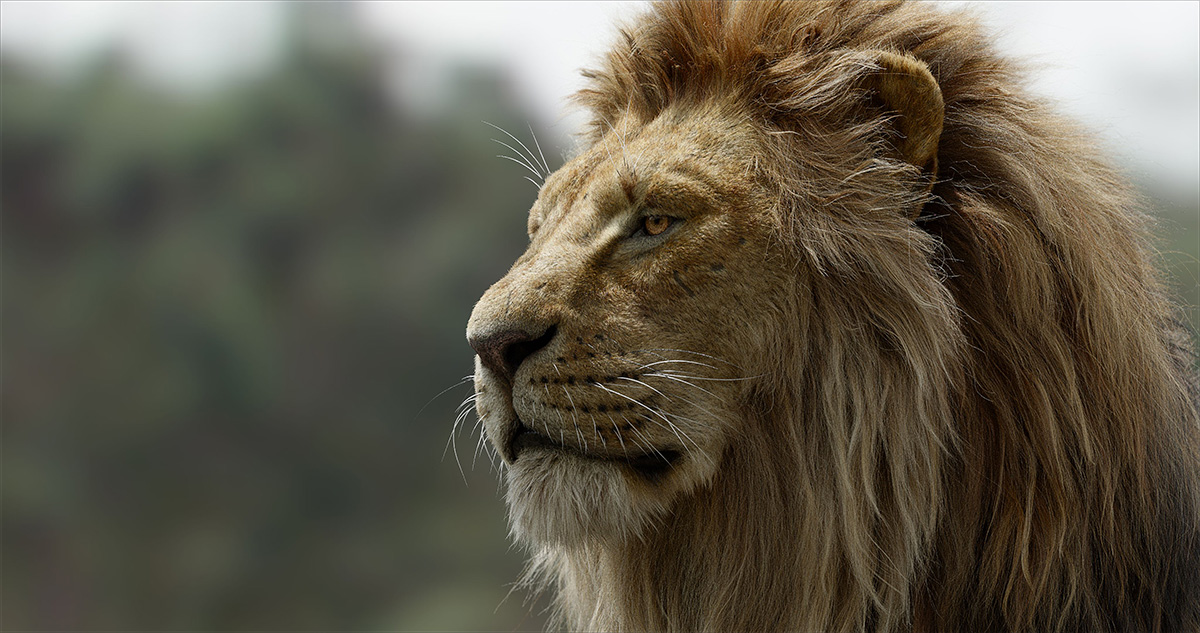 Working with the director we selected a handful of images that we felt represented who we wanted the character to be. We found it very difficult to find good close up images if the same wild lion from different angles, so all of the images were of different lions, taken on different days under different light conditions, all varied in quality and none was a perfect representation of what we wanted for the character.

Throughout the whole process there was no single piece of reference that we could point to and say ‘that’s our lion’. It was up to the artists to bring everything together and interpret what we had, and it took many iterations until we got to the final design of Mufasa. 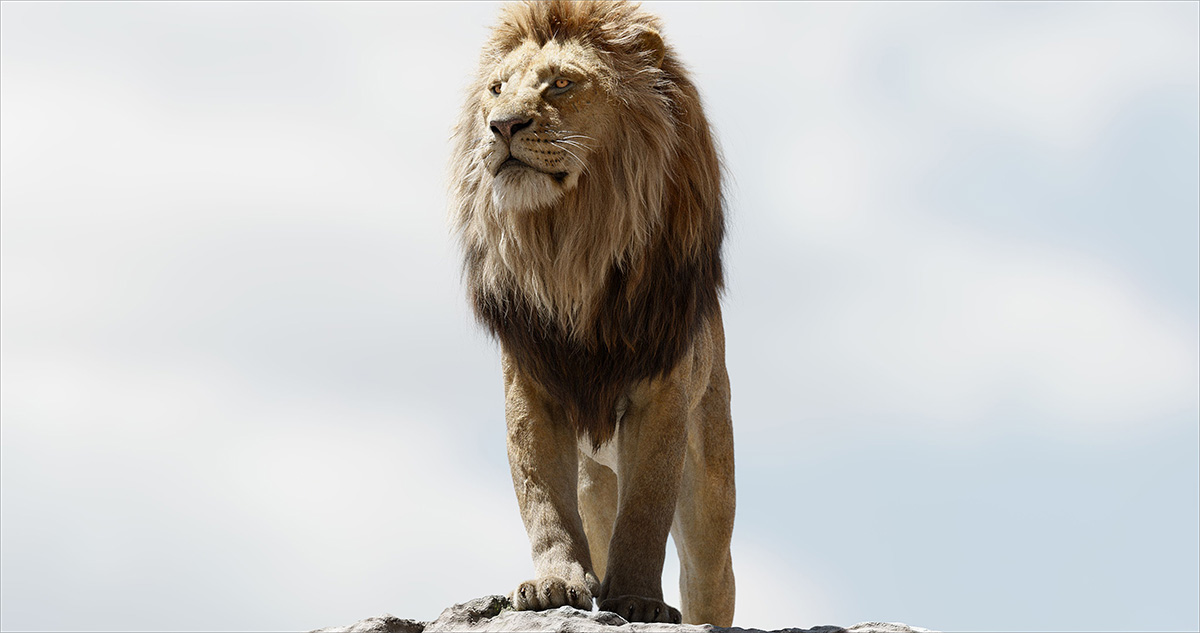 Once the look of the character was finalized, the first rigged version was passed to animation for motion tests, and this kicked off a whole new process of small tweaks to the proportions. The body was slightly too short or the chest was a little too high, when he sat down the back leg was not quite the right angle, so those proportions had to be tweaked, and so on. From start to finish this was a long process, but after about twelve months he was ready to go into shots.

For WWZ we had to created a large amount of characters with a lot of variation that had to hold up to full frame in motion. Each character was built to three different levels of zombification so that we could show progression of change from human to fully transformed.

The biggest and most fun challenge was to work out how all the zombies would move together, in mass. No pain or missing limbs would stop them from running for their targets. The zombies managed to climb and get over a large wall built for human protection by forming huge pyramids and climbing on top of each other to reach the top, and we see them flowing down a street like a breaking wave with zombies spilling over each other.

To achieve these motions our animation team worked closely together with our crowd team to create the various setups. It was important to work out the overall motion of the zombie crowd as well as the motion in between all the characters.