Right now, a bunch of companies and studios are offering virtual production solutions in the form of a ‘virtual camera’ as a means to visualize shots in real-time.

One of those companies is Glassbox Technologies, which has its DragonFly system, already being used by directors and virtual cinematographers to imagine scenes within Unity, Unreal Engine, and Maya.

But a challenge faced by those jumping into virtual production can be handling all the workflow requirements, that is, dealing with the checking in and out of assets in your scene, replacing them, and making changes.

That’s where Glassbox’s new tool, BeeHive, comes in. It’s effectively a collaborative solution in a virtual production workflow and works as a plugin to Unreal Engine, Unity 3D and Maya. It’s also a versioning system and a database, which means all the changes made to files are accounted for and rollbacks to earlier versions are possible. Another side of BeeHive is being able to work across locations, so teams on different sides of the globe can collaborate in real-time.

One of the big issues BeeHive sets out to solve is managing the various file formats and import/export process involved in working on a virtual production project, including where you might be in multiple locations.

“BeeHive is your real-time production management system and it’s going to be able to keep track of all the different changes that are happening in the scene,” outlines Mariana Acuña Acosta, CPO & co-founder, Glassbox Technologies. “The point of BeeHive, also, is to allow additional people to perform additional jobs. So while someone may be shooting a virtual camera in Los Angeles, if your virtual art department starts to make changes to the scene, you’ll be able to see all the changes happen in real time.” 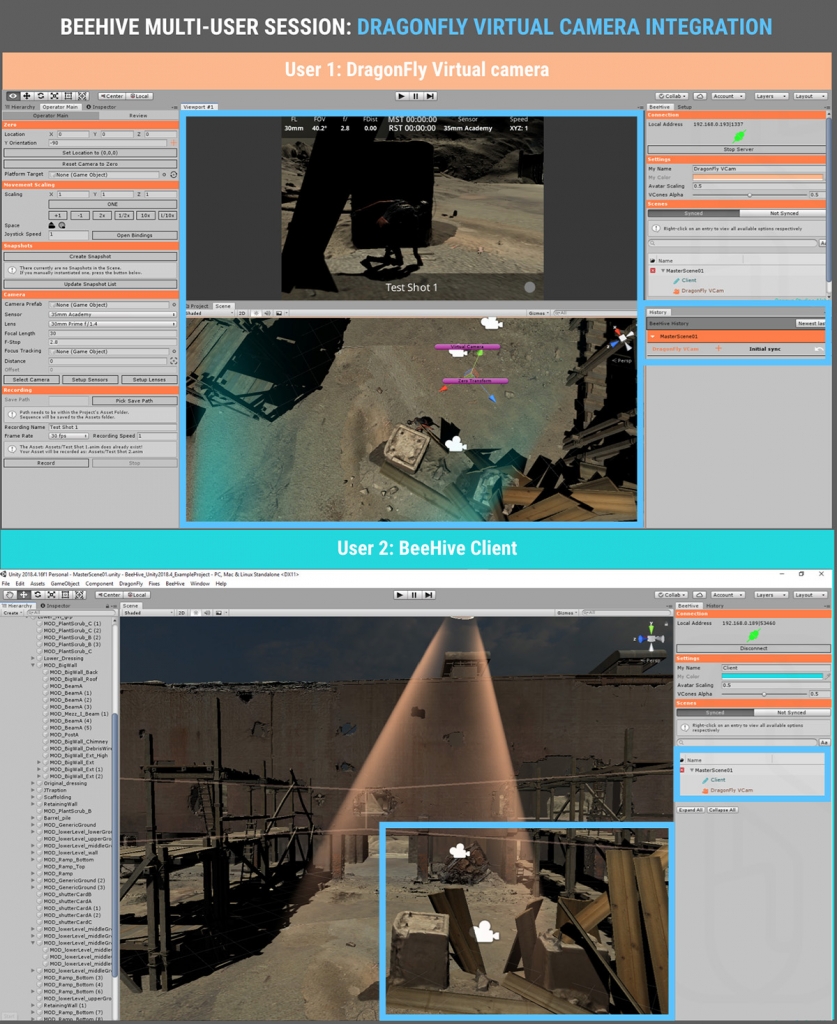 Who BeeHive is for

Glassbox’s echo system, with DragonFly and BeeHive, is tailored for the virtual cinematographer, says Philippa Carroll, chief sales & marketing officer at Glassbox. “We’re seeing a lot of studios doing work in real-time, wanting to be able to put their director in this position of being a virtual cinematographer. DragonFly’s been great for that.” 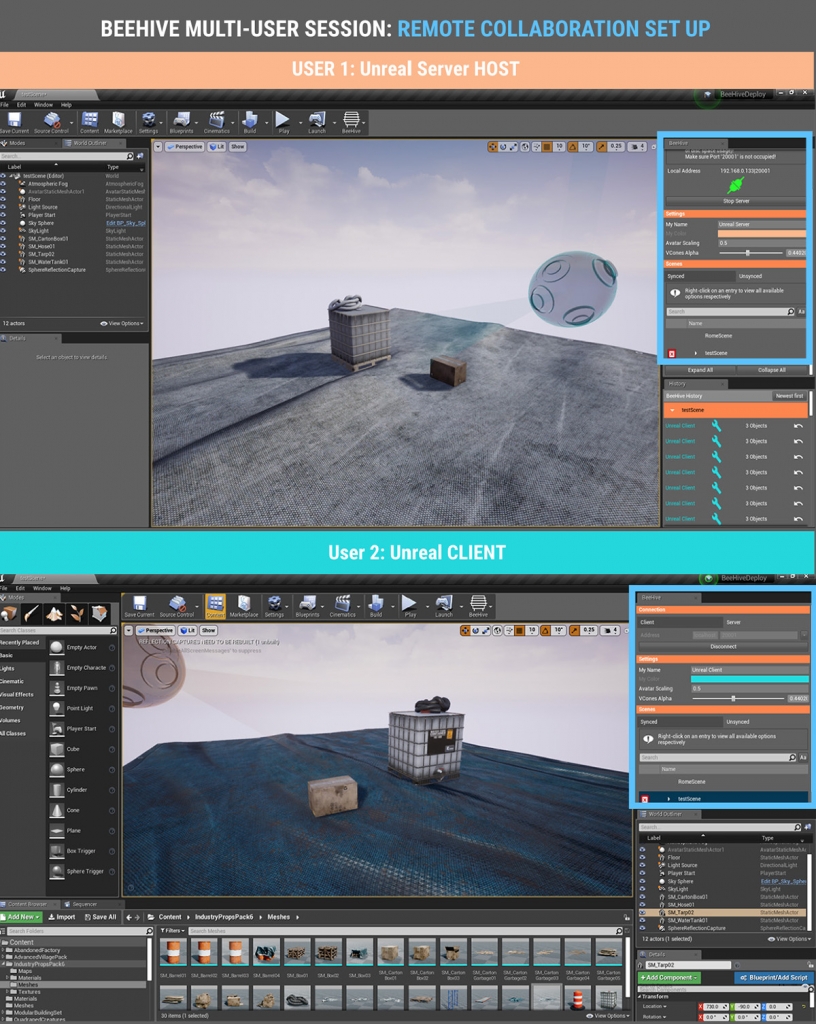 “And then on top of that,” adds Carroll, “BeeHive looks to extend out the other members of that virtual production team. So you could feasibly have your director with the virtual camera inside the virtual world and use BeeHive to actually attach the other members of your team to work collaboratively. Your Maya artists might be like your real-time art department actually making changes to test the director’s vision or ideas all within that real-time environment. BeeHive hooks up everybody that would be working on that team to give them the controls to work together as opposed to before where you might only have a few members of your team looking in the virtual world.”

How to get BeeHive

BeeHive has been in beta, but it’s now available to purchase. It will be sold as packages of floating licenses, based on team size, as either a Forever, perpetual license including maintenance or a For A While, annual subscription license, starting at $5,300 annually for a team of five users. You can check it out with a free 15-day trial, too. Check it out at www.glassboxtech.com.