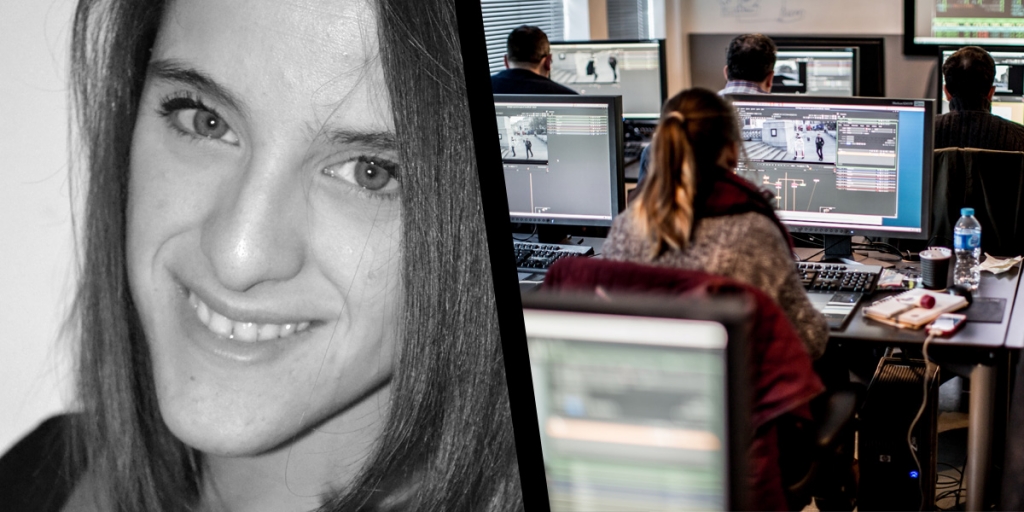 Fabrizia Spera was working as a set designer in Rome when she decided there might be merit in extending these skills into the 3D realm.

After trying out 3D, she “fell in love” with this world, and never went back to her original job.

Instead, Spera made the big decision to apply for an Advanced 3D for Visual Effects course at Escape Studios, part of Pearson College London. The four month course led to Spera soon scoring a role at Blue Zoo Animation Studio in the middle of London, where she’s now an FX lead.

So, how did an 18 week course at Escape Studios help make that happen?

Spera says it wasn’t easy. “Escape Studios daily life was busy,” she notes. “Each day was full of information about software and techniques to achieve each of our exams. The learning process was continuous; lessons in the morning, then putting in practice what you had learnt in the afternoon on your project.”

The Advanced 3D for Visual Effects course dives heavily into Autodesk Maya, while also covering tools such as Houdini, Mudbox, Arnold, Foundry’s Nuke, 3D Equalizer and Adobe Photoshop. Students learn many of the classic FX concepts, such as simulating particles, hair and fur.

Spera says that the course went further, for her, because “our tutor was very keen to explain the logic behind everything, making us independent and ready to troubleshoot. They never taught us just the rules.”

And, she adds, the course extended beyond the technical knowledge of tools like Maya and Houdini. “It was about the attitude that Escape Studios transferred to us. I never felt treated as a student but always a professional. That was significant to me because once out from the school, I was ready for the industry without any uncomfortable feelings. I knew already exactly what the industry was expecting from me. I never felt disoriented.”

During the final weeks of the Advanced 3D for Visual Effects course at Escape Studios, Spera completed a number of personal project shots that went into her own demo reel. It wasn’t long before she landed a job at Blue Zoo. Here she started out as a Maya generalist.

The studio is well-known for a diverse array of animated projects, from commercials to television series and shorts. Soon Spera was able to concentrate on FX, and this lead to her current FX lead role.

“Blue Zoo is a sparkly company,” says Spera. “They always have tons of different projects, in different styles, with different storytelling aspects. This means I always need to tackle my simulations in different ways.”

One of Spera’s most memorable projects at Blue Zoo was contributing FX sims and 3D to the CBeebies children’s show Go Jetters. “We worked on this TV series for two years in a row, and each time everything was taken to the next level.”

The path here, and advice for others

Having sought a new career beyond set design, Spera found that she was – after studying 3D and FX further at Escape Studios – able to go beyond even what she had been planning.

Spera credits a couple of things from the Escape Studios experience in helping her to get started quickly in the animation and VFX industry, things that she says would be advice she’d pass on to others thinking of following a similar path.

“My advice is, trust your teacher. Don’t waste your energy on something too big, so keep your project simple and never give up!! I know it is hard sometimes – it’s a lot to take in – but if you keep doing it, your effort will be paid back.”

You can read more Escape Studios alumni stories like Fabrizia’s directly at escapestudios.ac.uk, which also has all the details on the many animation and visual effects courses available.

You might like: Escape Studios can help you get ready for a career in VFX, games or animation

Sponsored by Escape Studios:
This is a sponsored article and part of the befores & afters VFX Insight series. If you’d like to promote your VFX/animation/CG tech or service, you can find out more about the VFX Insight series right here.