A couple of weeks ago I was invited with several others to Walt Disney Animation Studios to watch 14 recently made animated shorts as part of the studio’s Short Circuit program, which is now streaming on Disney+.

The program lets anyone at WDAS pitch an idea that could be selected to create an original short. What was fascinating in these shorts, in particular, was to see how many of them provided a place to try out new technical approaches or different types of storytelling, no matter what area of the studio the director came from.

After viewing the films, we sat down with the filmmakers to talk about their works. I’ve pulled from those conversations some of the key points on the ‘experimental’ side of the shorts for six of the films. Here’s what the directors shared.

We knew from the beginning that we wanted to do a stylized simple look. To do realistic splashes would have felt out of style. An effects artist came to me and said, ‘Hey, I’ve been meaning to try this stylized 3D effect thing for a really long time. It feels like you’re short would actually be perfect for it.’ So it is a combination of hand-crafted puddles that then turn into a simulation and then it is ‘beat into submission’ by an artist to actually look a little bit more stylized.

A computer will make things look very real very easily, but getting things to look like they are hand-crafted takes a lot more artistry, and he came up with a really cool technique for that which did a really nice job I thought of kind of marrying it altogether.

I was really inspired by Japanese anime and how 2D animation action scenes have a particular feel. So I was working with my head of layout and animation, we were trying to nit pick – like, ‘What is that stuff we’re seeing?’ – and trying it. And it ended up being using really wide lenses, which I actually don’t use as much in my feature work.

I’d use a 10mm to a 25mm on this show. Usually, for headshots, I might use like a 75mm. Then we also brought in the Big Hero 6 technology of ‘Baymax Vision’ where it’s kind of warped on the edges. It gives you this illusion of an organic kind of feel on the camera framing because of the edges.

I wanted to challenge us to do something in CG, in the computer, that was organic and could break apart. We don’t do that a lot – we do a lot of humans – but we don’t do this kind of organic nature. So I wanted to push the rig that direction. We had Joy Johnson doing this amazing experimental rig for us.

We also brought Meander back into the pipeline. Meander is the program that they developed for Paperman to draw the outlines of the characters. We wanted to use it as a different approach to actually color in the character that way. So we had a bunch of tech people helping out to bring that program back up to speed, including Rachel Bibb, she’s our meander expert and clean-up expert. 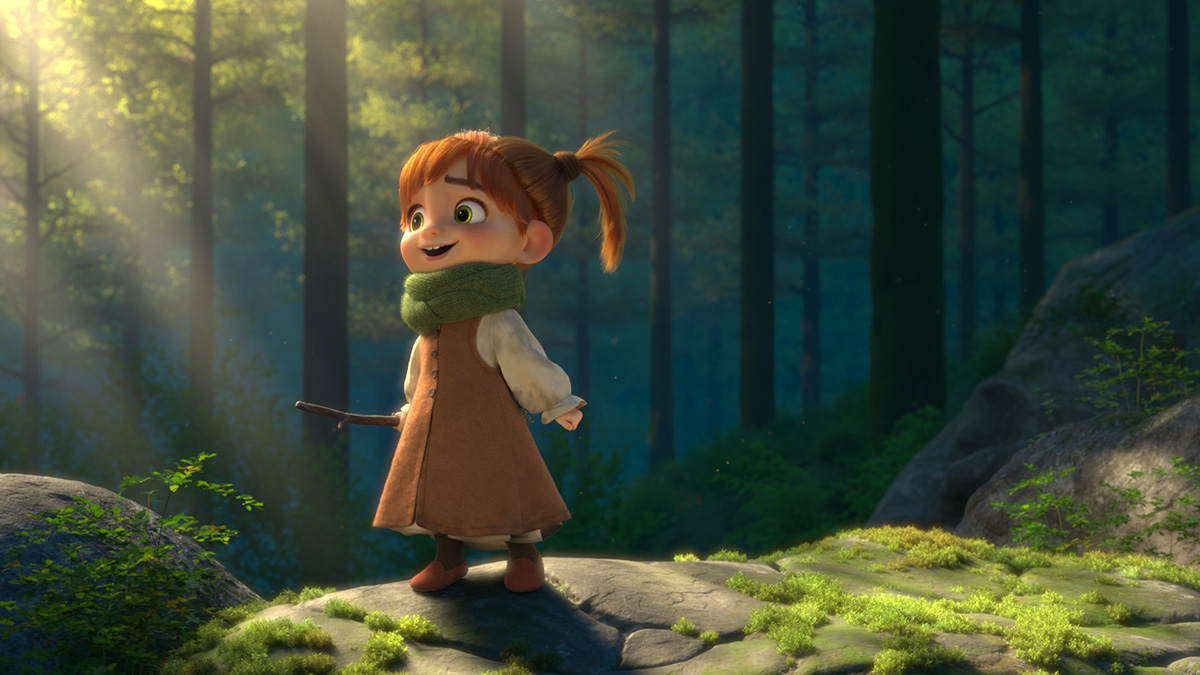 From a technological perspective, Fetch was an opportunity to explore some of the tools we had been evaluating on an upcoming film that was intending to figure out how to render and express with clouds. So there was a lot of R&D and thought about how can we use clouds and not just make it something photoreal but control this element and bend it to our whims.

I was able to work with an effects artist, Henrik Fält – he helped prototype this creature that needed to be a little bit ethereal and a little bit hard to really understand what he’s made of. So when you look at him, it almost seems like he is a thunder cloud. It wasn’t really about making him a cloud, but it was using that technology, figuring out how to emote with that and how to turn that into a character. 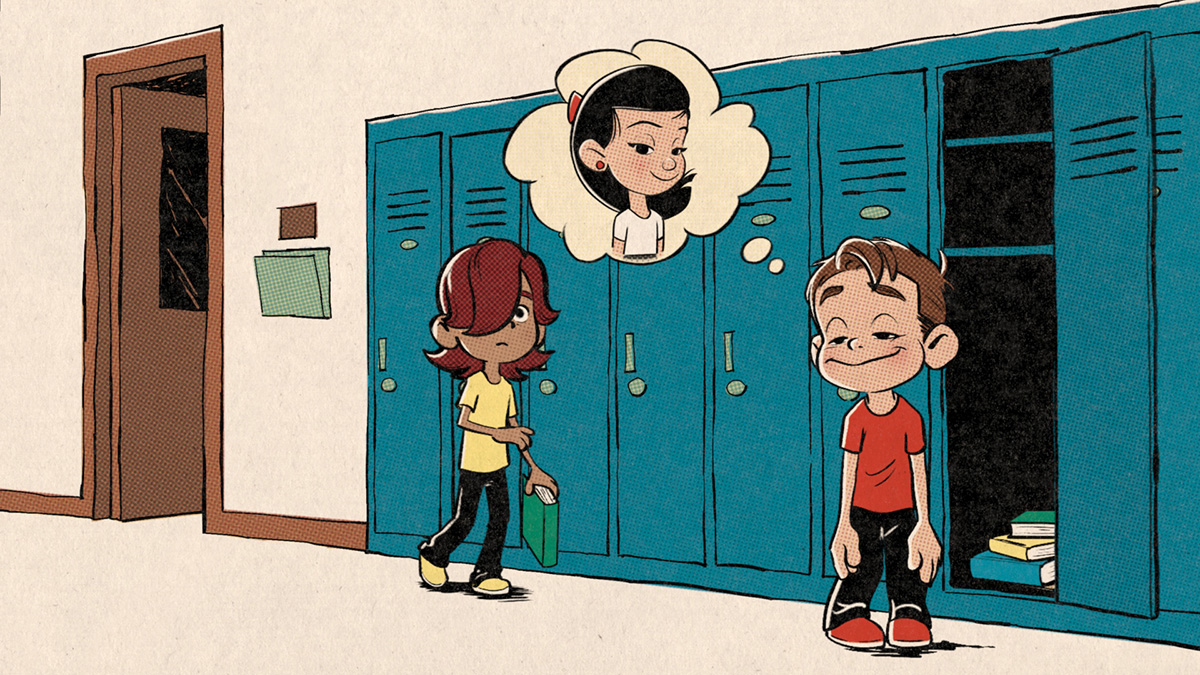 When we first assembled the team to figure out the look, I said, ‘What if we actually scan in a large piece of newsprint?’ We have an art studio downstairs with all these art supplies. So we started there and I said, ‘What if we actually print ink onto it so that we can get the ink texture, the way the ink sinks differently into the page?’ So we scanned that in. Both of those elements in the movie are practical. They’re the actual paper and ink. And then we got a Funny Pages from eBay from the 80s. Between looking at that really closely through a microscope and researching on the internet, we figured out how the dot patterns were done and how each color has its own angle so that when you combine them, when you’re far enough away, they create these different colors.

Angela McBride re-created in Nuke a way to do that process and be able to tweet the sizes of the dots. We did cheat on one thing – the brown color of the hair and window sills or anything like that. In the newspaper, to get those darker colors and the browns you had to use all of the combination of colors and it just became a really wild pattern and it was just too much on the eye. So we cheated a little bit, but for the most part it is the pattern that was used. 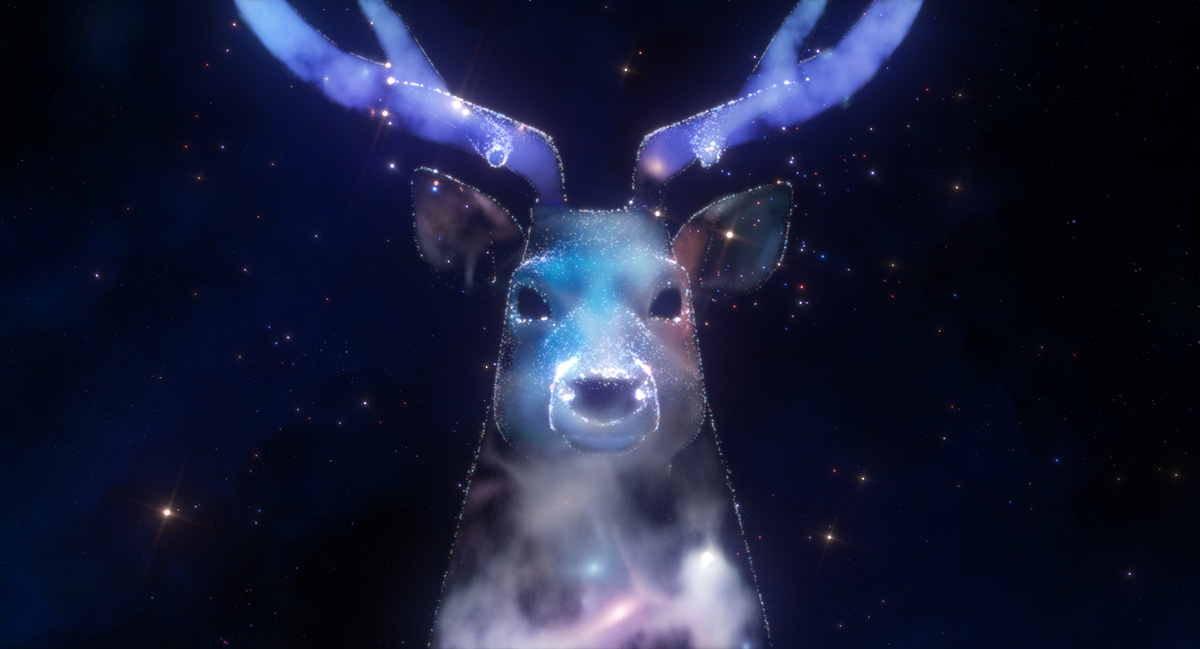 I’ve always loved movies that have a lot of effects in them. I had a thought partner, a mentor that was actually an effects supervisor and he was also a leader of the team. So he helped me build the team and he also helped me learn the lingo of the department. And he was really good at interpreting. I’d say I want this and he knew how to explain that to his team. I was actually spending more time with the effects team than I was my own department throughout this process! I have a special place in my heart for the effects team.

What are your thoughts on the films? Let me know in the comments.