Getting visual effects on board, early.

Director Rupert Wyatt’s Captive State was released earlier this year and told the story of the aftermath of an alien occupation.

In the film, key moments involving alien ships and the aliens themselves were brought to life with the help of visual effects from Jellyfish Pictures.

I don’t always get to talk to directors and VFX studios about how they collaborate, but after a Captive State session at FMX, I sat down with Wyatt and the team from Jellyfish to talk about exactly that.

b&a: What were the first stages of your collaboration together?

Tom Brass (creative director, Jellyfish Pictures): The first thing we saw was the script. Then how it worked was Rupert would share visual material with us – the mood boards et cetera. We’d have a chat about what was most important about the aliens, and what they are, and I think what felt like it was most important from our end, was tone. I think that helped getting our heads into a place where we understood tonally what we were trying to achieve.

Rupert Wyatt (co-writer, director and producer, Captive State): Yes, everything I’ve ever done, I’ve started with reference imagery, and back in the day, I used scrapbooks, and then it became online. It puts everybody on a quick and easy foundation page of conversation. Sometimes you say ‘sci-fi’, you say ‘alien invasion’, you say all of the kind of classic tropes of this kind of film, and people have a very quick and easy pre-conception of what that might be, and that’s not necessarily what I was going for. I wanted to basically tell the story as if we were looking out of the window, today and then throwing in the sci-fi elements into something that felt very captured.

b&a: What kind of concept and reference process did you go through for Captive State? In your talk at FMX, you mentioned ‘the creative mis-use of software’ to keep things very organic.

Dave Cook (head of 3D, Jellyfish Pictures): What was great about this show, was it was an opportunity to start with a blank canvas. So, if you start with a sort of creative approach, which is completely black and open, and then you decide what you want to do, and then with the tools, if you’re familiar enough with them, you can find a way of doing it. Rather than you start with a tool, and then you build something, and then that’s always going to be a predictable sort of, run of the mill kind of thing. 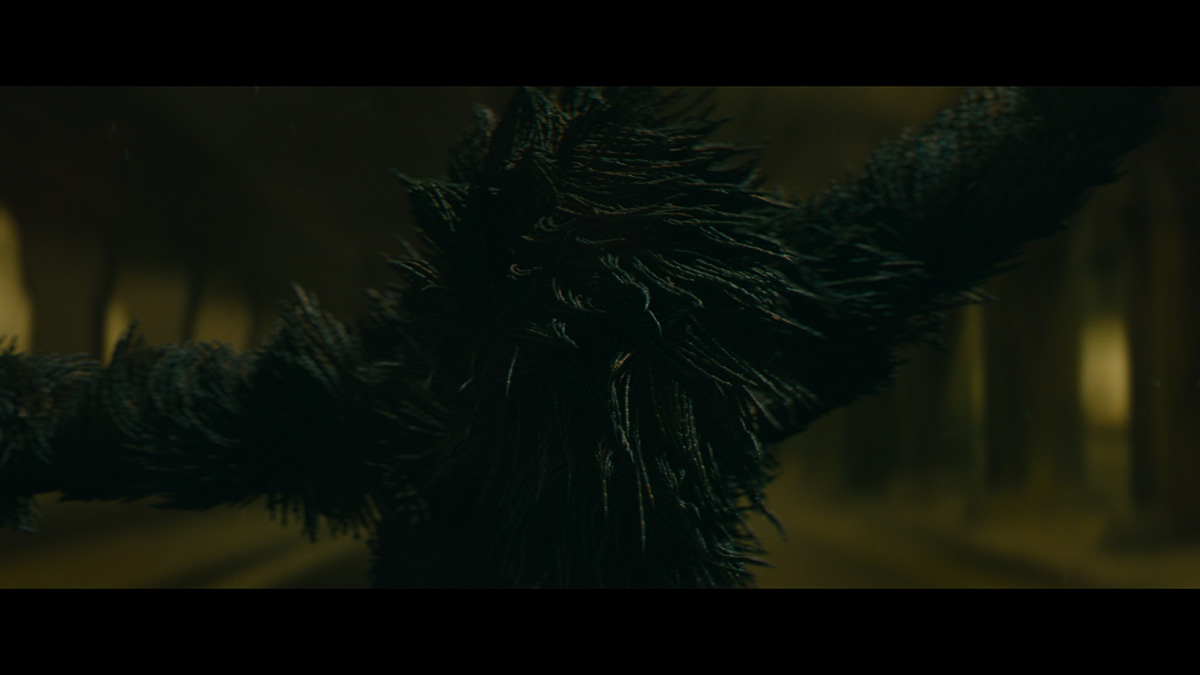 b&a: And Tom, just specifically on the ship designs, I want to talk about how you got to that organic look.

Tom Brass: We knew that we didn’t want tech stuff, we wanted something that was much more organic. Rupert showed us a beautiful picture of a nest, it was like a wasp’s nest, which was really lovely, because it had this coagulated surface that felt like you couldn’t quite tell what it was, whether it was stone, or whether it was, I mean, what are wasp’s nests made out of? I don’t know. It’s like, saliva or something.

Rupert Wyatt: Regurgitated wood. They all just sort of chew it up, masticate, and form it into that thing. Which is very beautiful.

Tom Brass: Right, so it’s kind of pulped wood, but something where it’s been created by a hive-like conglomeration of animals who are all working in concert, and you get these weird sort of forms that develop. And then when rock enters the Earth’s atmosphere, these meteors are often very mineral rich, so they’ve got loads and loads of metal in them, which all sort of erode at different rates and respond to the atmosphere in different ways. So you get these extraordinary rivulets, and undulations in them, and kind of little holes that have been furrowed and burrowed out.

They’re just very beautiful, it’s rock that we’re very familiar with, but it’s actually not come from Earth. It’s one of the few things we have where you can say, ‘Well, that’s come from outer space.’ So, that’s why they were interesting, and I think, when we started to blend those, texturally, with the basalt rock columns and blend in the idea of using those basalt block columns to lead to openings for hive-like construction, then that was true to Rupert’s original beautiful hive image. Then we blended in these ideas of rocks and the idea of something that was volcanic, and maybe had been formed under great pressure.

It’s also interesting because it just shapes questions in your mind about well, how did they do that, and what sort of race would create something like that? I think that makes something feel more alien, and more intriguing, in terms of the story.

b&a: It sounds like on this project, VFX was involved much earlier than usual?

Rupert Wyatt: You have to bring those departments – those typically post departments – into the process as much as possible, because more often than not, especially in fast turnaround projects, you get given a bunch of dailies, or a rough cut, and then you’re starting from scratch, from quite a late place in the day.

One Reply to “‘Captive State’: how the director and VFX studio collaborated”