Will Smith has been in a lot of sci-fi, fantasy and action films. He’s known as a very physical performer, meaning he regularly performs extensive stunts himself. But, like any actor who’s done those kinds of roles in the past 20 or so years, there are times a digital version of him has been required, either to realize scenes that Smith or a stunt double could not perform, or to create characters that might be impossible to do with make-up effects or other methods.

The result is that Smith may well be one of the most 3D-scanned and digitally replicated actors around, particularly this year with both Aladdin and Gemini Man. He’s also an actor at ease with performance capture.

So, we thought we’d take a look back at the history of Will Smith in CG form. Plus there’s a special insight into a recent promo video that also saw the actor get the 3D scanning treatment. 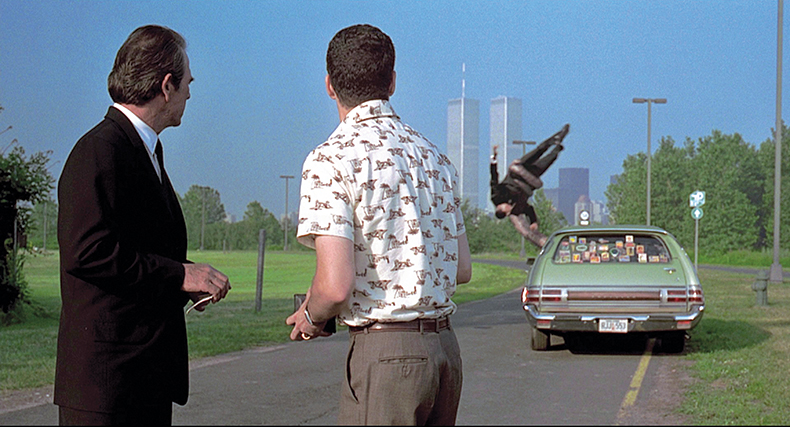 It was one of 1997’s big visual effects and practical effects films, with a big leap forward in creature work by ILM. For a scene in which Smith as Agent K is tossed around by a tentacled alien and later fights ‘Edgar’ bug, the actor mostly performed scenes against bluescreen on wires or holding onto a buck. But in wider shots, a Smith digi-double was used to help massage the actor into certain positions. 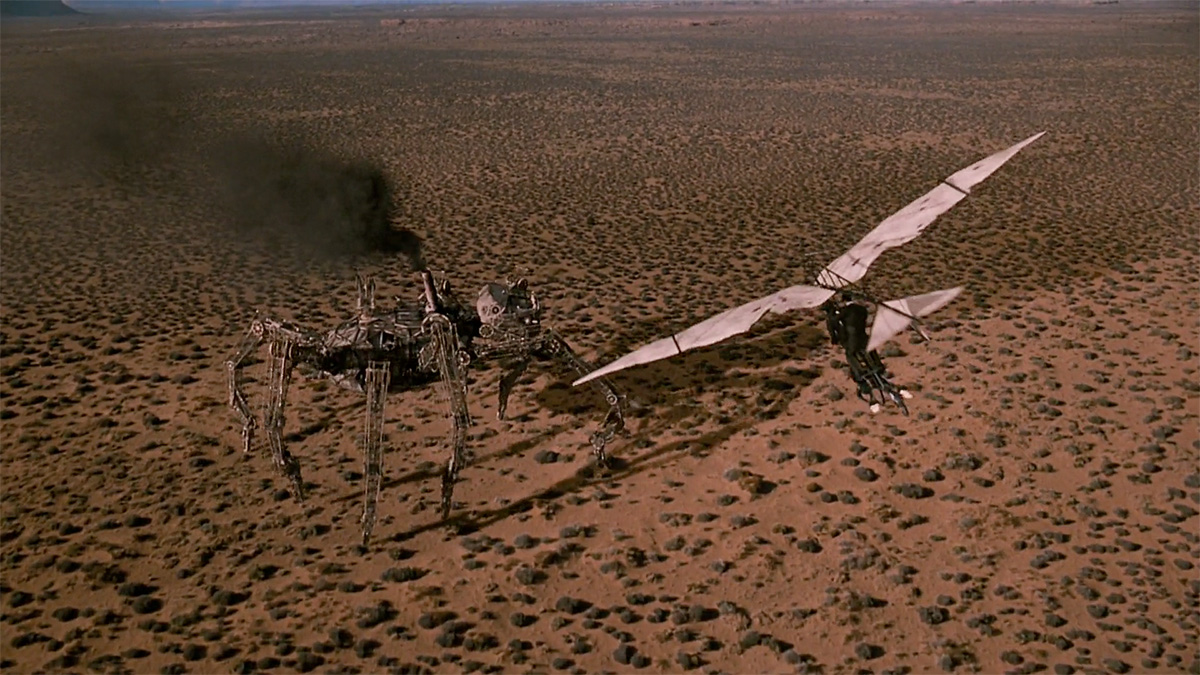 Late in this film, the characters played by Smith and Kevin Kline launch themselves into the air in a modified rocket-powered flying bicycle as they battle that giant mechanical spider thing. Some of the more complex flying moments, such as the launch and flying in between the legs of the mechanical beast, made use of ILM CG models of the actors (Smith’s model from Men In Black was re-used here), and then cut in amongst bluescreen photography of the real actors.

Once again, a digi-double of Smith helped complete several action scenes – in wide shots – including the moment he battles Jeff the worm in the subway, and takes on the alien Jarra. Notably, those two sequences principally made extensive use of bluescreen stunt photography.

At one point in Bad Boys II, Smith and Martin Lawrence’s characters give chase on a roadway. Real stunts, CG cars and clever compositing mixed up how the sequence was achieved. For scenes of the two actors in precarious moments in a Ferrari, Imageworks delivered a digital car, and digital passengers. No specific Will Smith digi-double was created, but there was a likeness of the actor (and of Martin Lawrence) made for the Ferrari scenes.

A stunt digi-double of Smith for wide shots was used in this film by Digital Domain. There’s a slew of moments which see the actor get thrown around several times, slide down various structures and also fight against (CG) robots.

While Imageworks would make fully-CG zombies that appear full-frame for this film, the studio did not have to do the same for Smith. Instead, a digi-double for occasional wide shots was utilized.

A reluctant superhero, Smith’s character in Hancock needed to fly and fight in some elaborate sequences. Imageworks crafted a fully CG version of the actor that would be used for those scenes and also transition between the live action actor all in one shot. The video above showcases the many practical flying gags used which saw Smith perform a ton of stunts. The video also looks at the USC ICT Light Stage capture of Smith and the facial motion capture approach used to craft a CG Smith.

Once again, Smith was called upon to perform some elaborate sequences; one involves falling off a tall building in New York in order to time travel. The actor was filmed miming various parts of the fall, with Imageworks then transitioning between live action and CG Smith as he hurtled down the side of the building.

Although it was impacted by bankruptcy right around this time, Rhythm & Hues delivered a range of creature work for this film, including a moment where Smith’s face – as Lucifer – transforms into a ghastly form.

ILM delivered a fully digital genie for Aladdin based entirely on the performance and likeness of Smith. On set, the actor performed scenes with other actors in ILM’s Imocap suit, then later repeated specific actions using the ILM/Disney Research Zurich Anyma process in which three cameras captured his performance to create a moving CG mesh.

With Gemini Man, Smith performed two roles, and one of those needed to be the actor as he was at about 23 years old who the current age Smith interacts directly with. Performance capture techniques informed a completely CG version of the younger Smith, with visual effects handled by Weta Digital. The studio has in recent times become one of the go-to VFX houses for completely digital versions of actors. More on their work for the film coming soon at befores & afters. 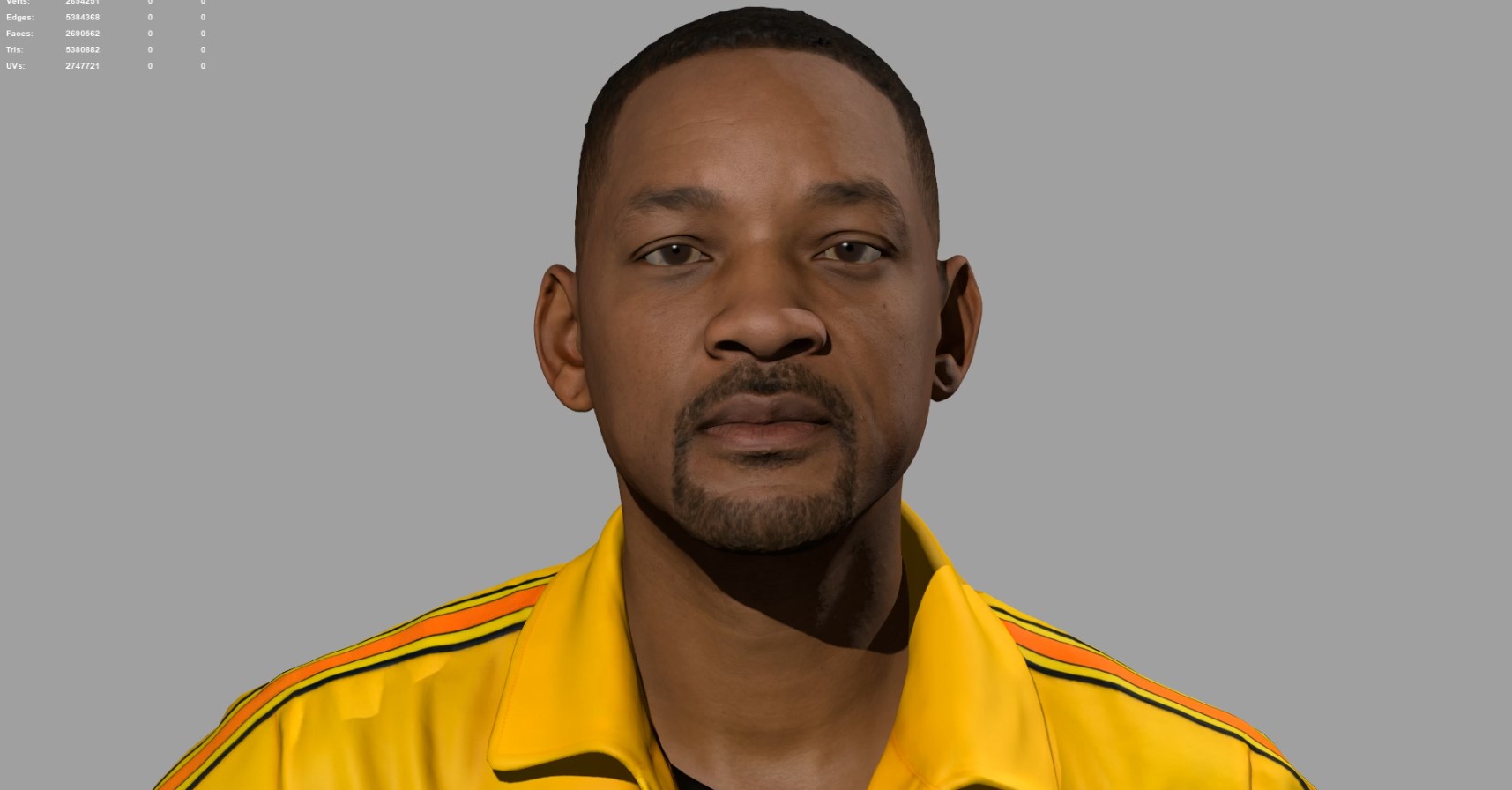 Smith’s most recent CG incarnation is for an ASICS Onitsuka Tiger campaign, in which he takes some trippy forms in a trip across the world. You can see in the video below he was part of a multi-camera photogrammetry scan by The Scan Truck to capture his likeness before being built in CG. The actor, always upbeat, even says in that video, “I’ve been 3D-scanned before, son…”.

He has, he certainly has.