Carnival Row is currently streaming on Amazon Prime Video; it’s about a world inhabited by both humans and – unwanted – mythical creatures. For the show’s fae-folk (of which Cara Delevingne’s character Vignette is one), a major challenge for the show’s creators would be the characters’ wings.

But where do you start with wings?

Do you build them for real?

Do you make them all-CG?

How do you decide when actors should wear any practical wings or not wear them?

And how do you also make your actors fly?

These were questions that had to be solved by Carnival Row’s effects teams, including production visual effects supervisor Betsy Paterson. befores & afters asked her how the wings were approached for the show. 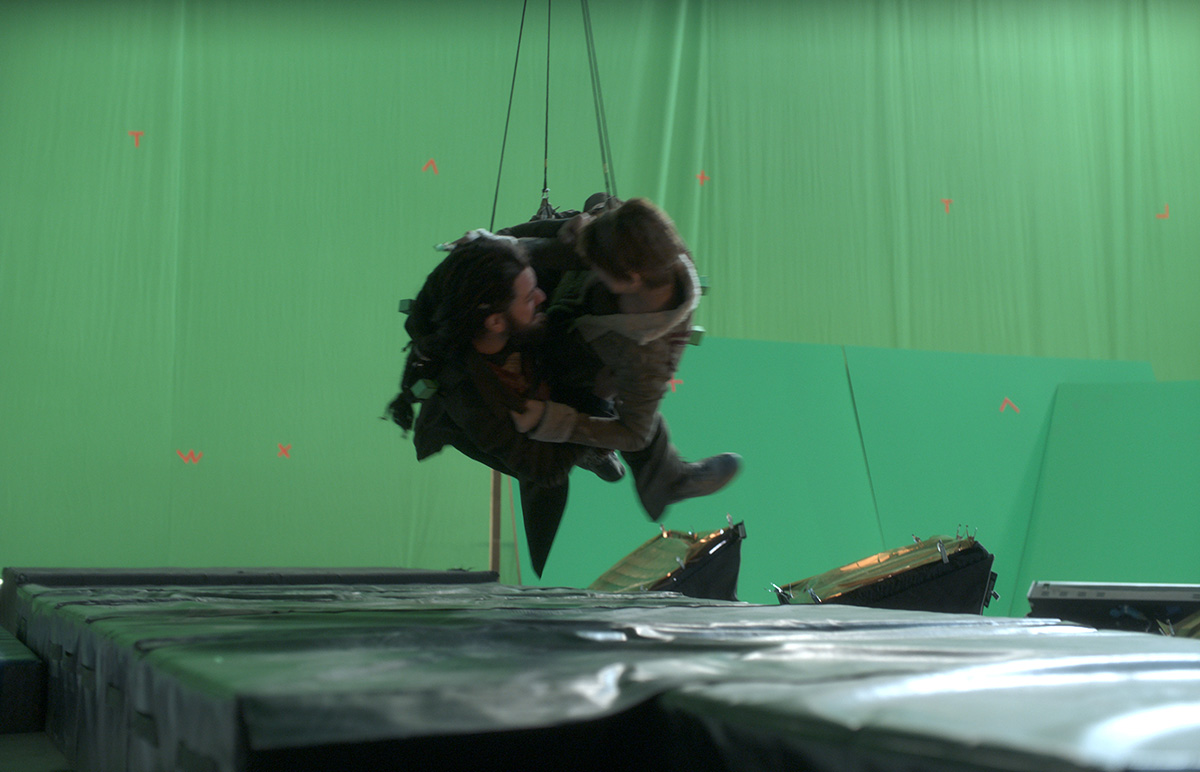 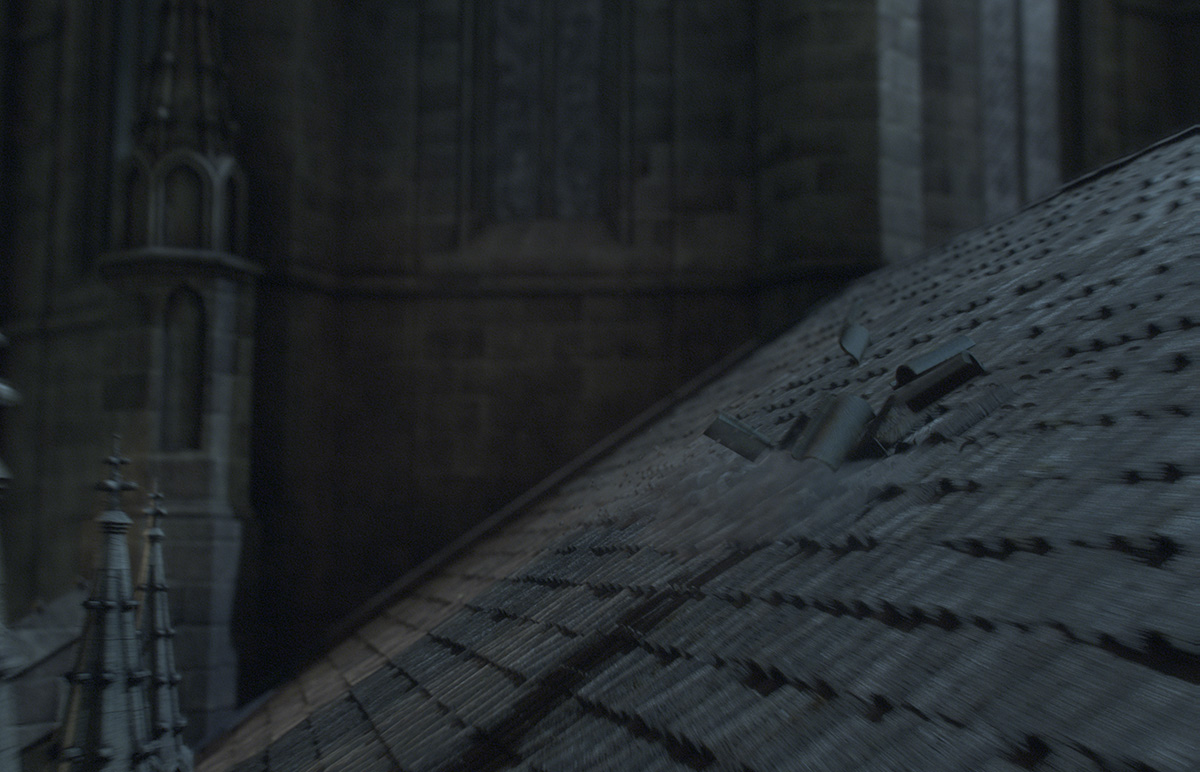 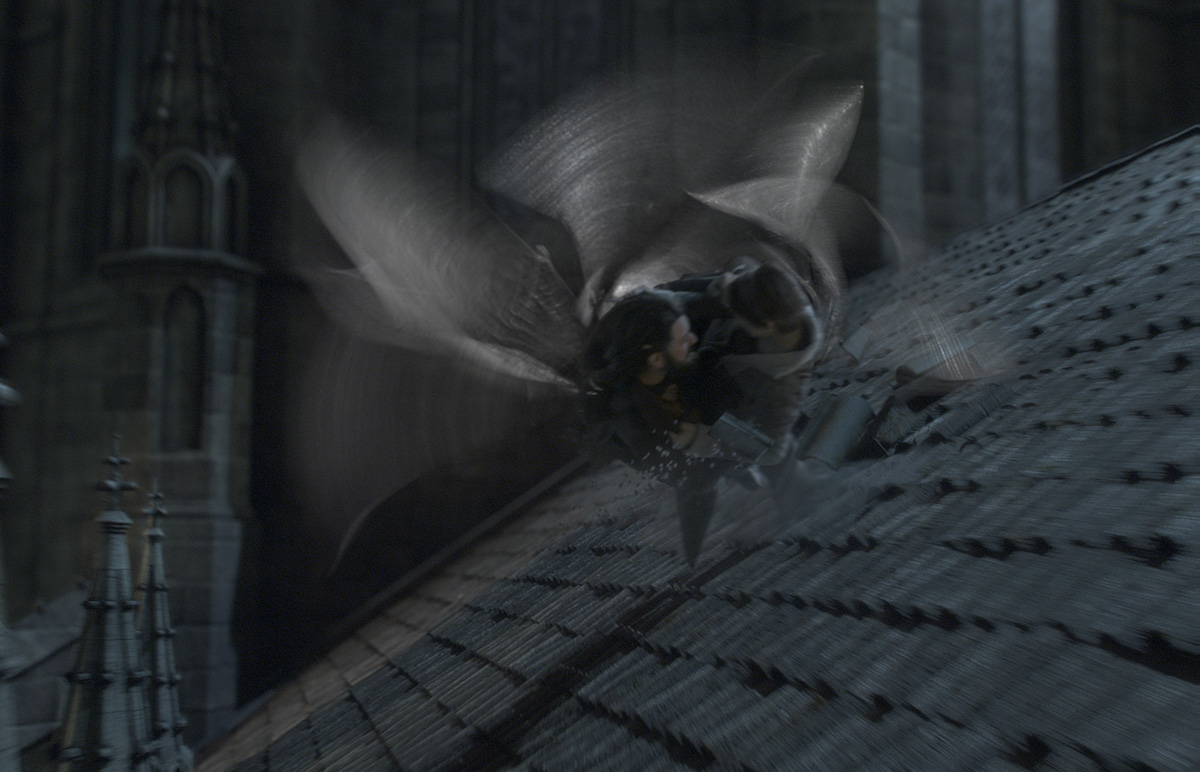 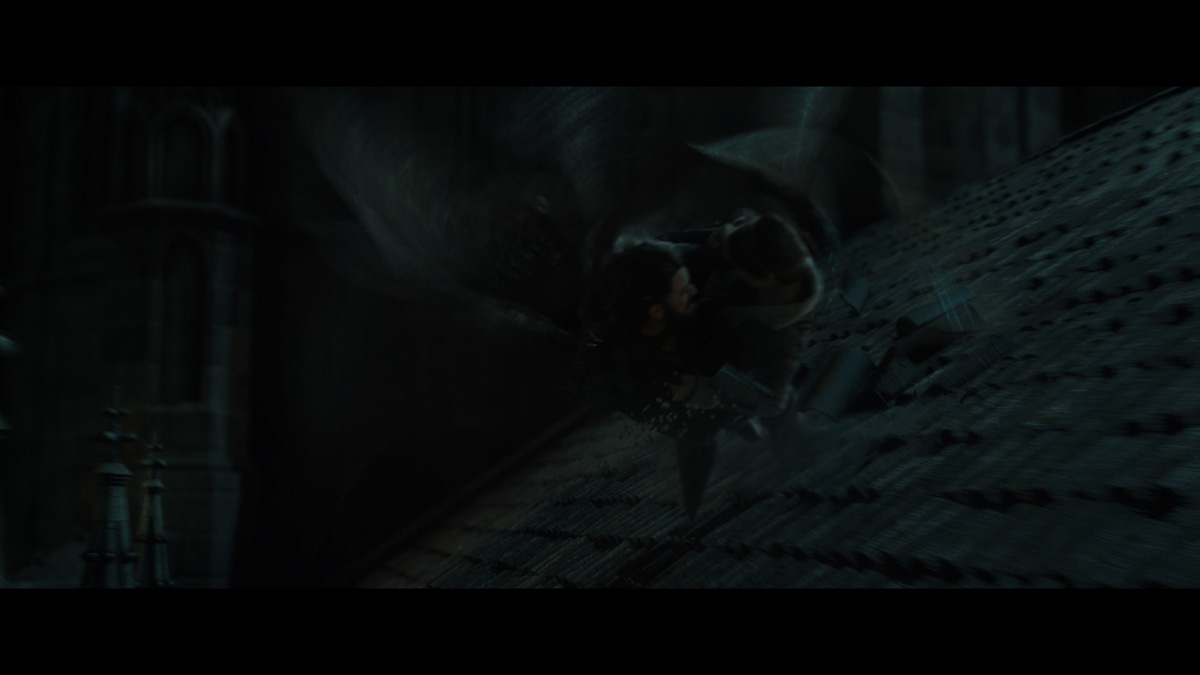 What if wings were actually real…

Betsy Paterson: I worked pretty closely with Nick Dudman who was the special effects makeup designer, he and I had a lot of discussions about how to achieve what they wanted, which was to really have these wings feel organic and natural, but still beautiful and ethereal. They needed to look like they could really hold a person up when you were flying, not some magical effect that just flew people through the air. 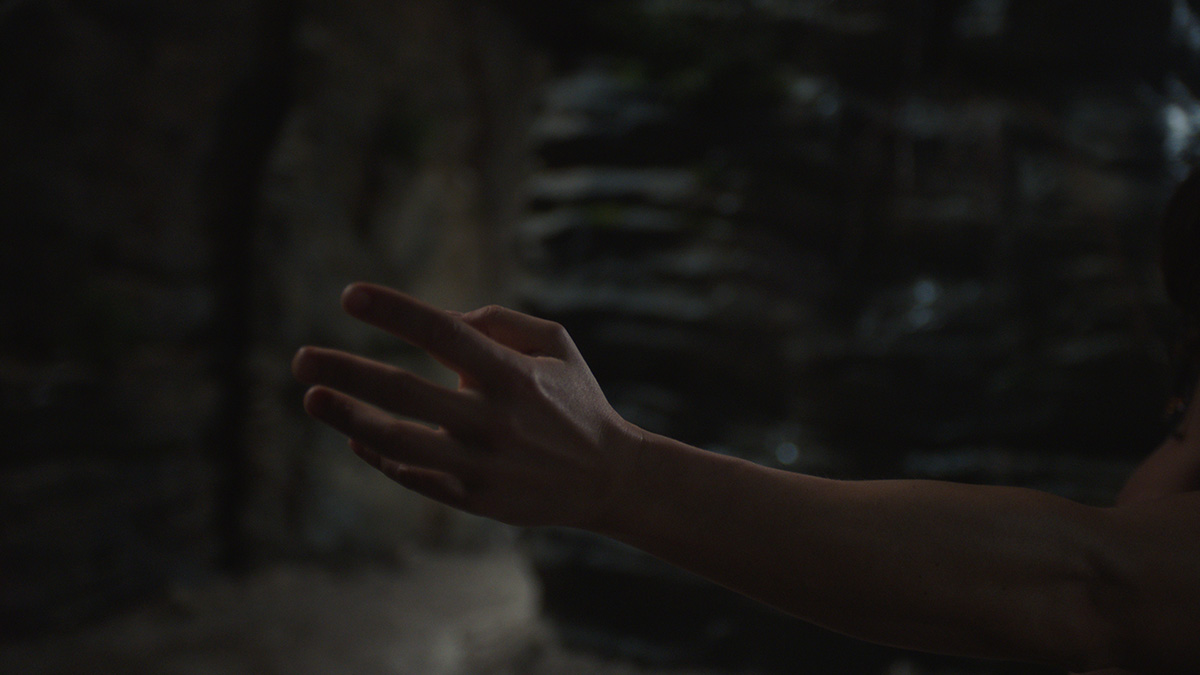 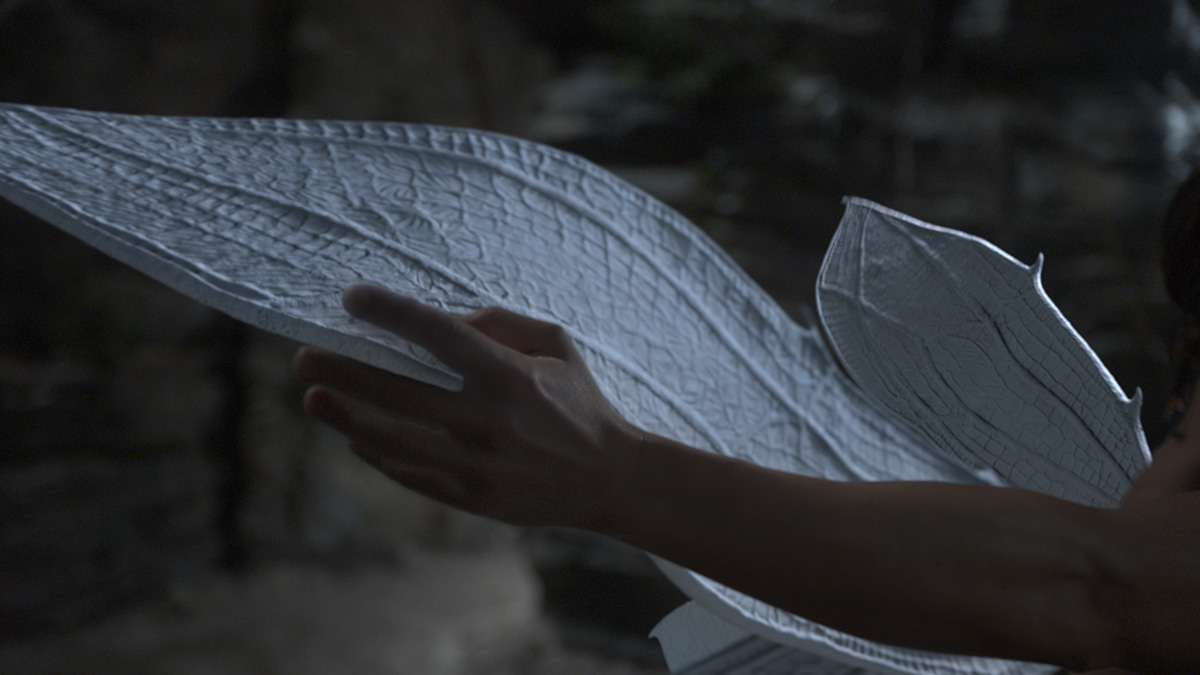 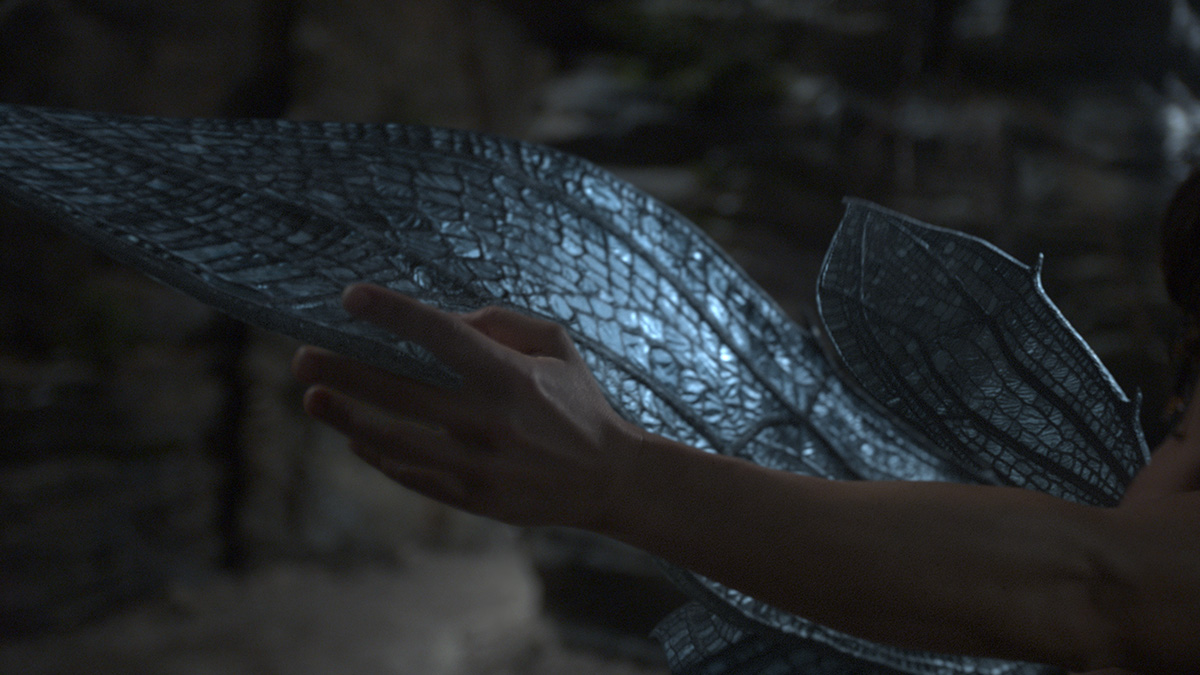 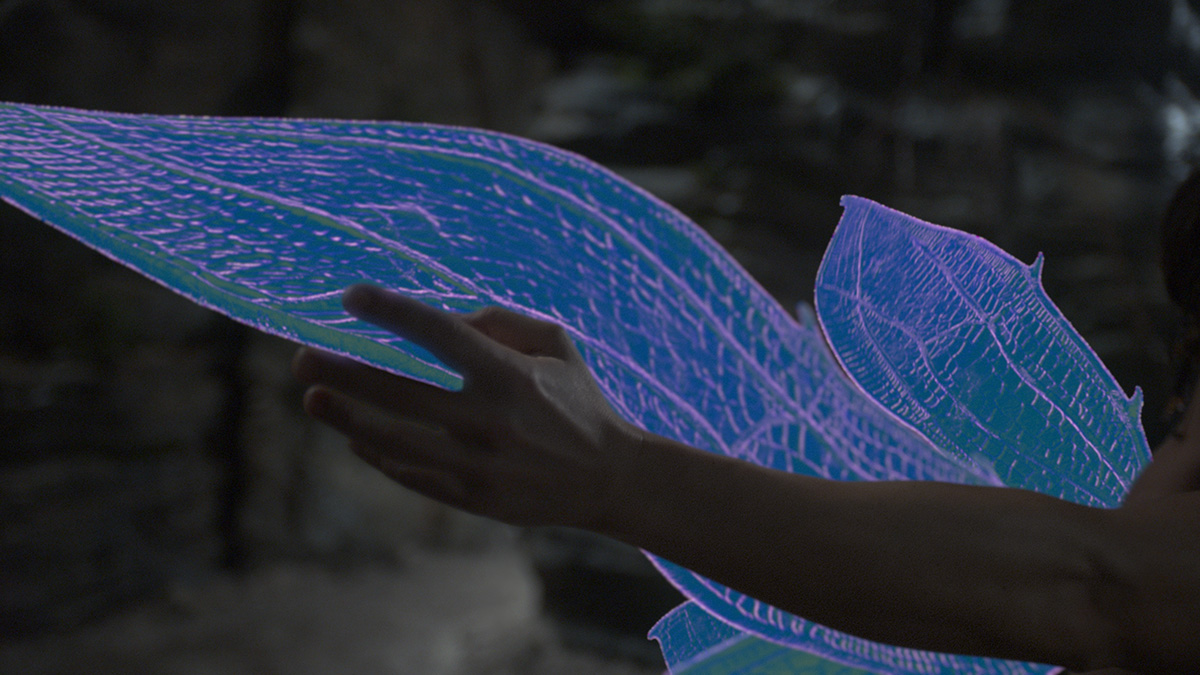 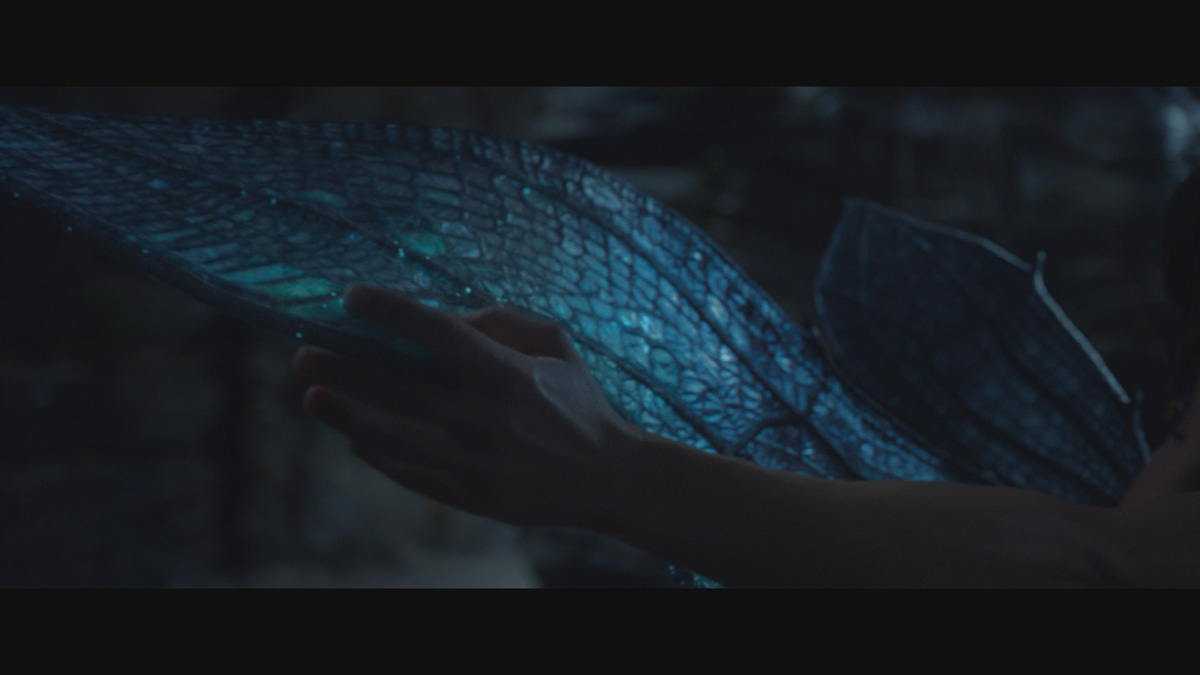 Practical can be good, but it wasn’t going to work here for moving wings

There was a lot of discussion over what could be done practically. Nick and I pretty quickly decided that we weren’t going to get any good looking practical motion out of real physical wings. But that said, there was no way we could afford to always do them in CG, and it just wouldn’t have fit with the natural feeling that we were going for.

So, Nick came up with these great silicone wings that could be attached to the actors’ backs with velcro. They wore a little harness under their costumes. There would be a hole in the costume, sewn in where the creatures are supposed to put their wings through as they get dressed in the morning. The practical wings would stick on with velcro through the costume, so we could very easily put them on and off, so that when we did decide that there needed to be some motion, or if the actor was going to take off flying, we would pull off the practical wings and stick on little green tracking cubes. Anytime you see any kind of motion or the wings up, those are all-CG.

The real goal was to find something that was as seamless as possible for the filmmakers, so that we weren’t slowing them down. That was our main goal; to make sure that people didn’t dread, ‘Oh no, we’ve got to shoot faeries today.’ 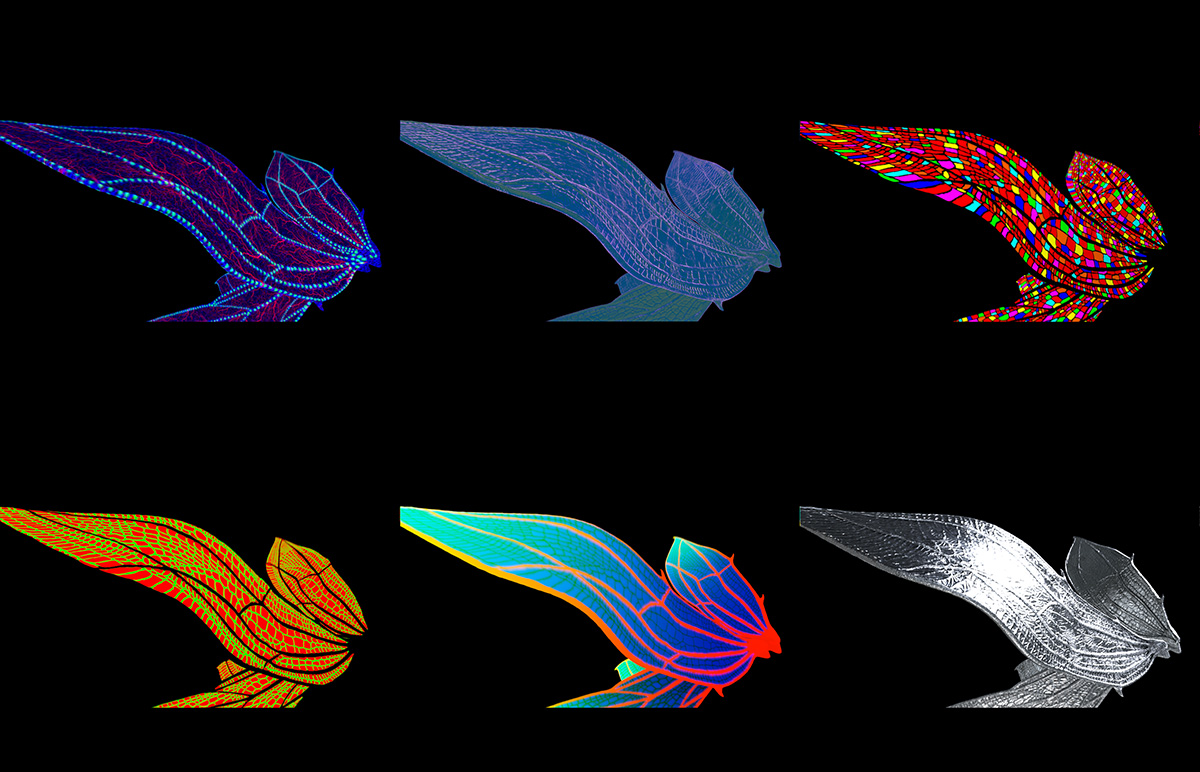 The art of CG wings

We decided we didn’t want them to be magical. We did want them to be beautiful, though. Feathers felt like that just took them into too much of a different creature feel. So we decided to go without feathers and model it a little bit more on insect wings, but a heavier heftier version. We wanted it to feel like there were sort of muscles and veins within them that stiffen up when they want to fly, that they have some control over.

And we went with a little bit of transparency and some iridescence on the wings. It meant we can play with the look to pick up the light on them when it’s necessary to draw attention to them, or it can be played down. The practical wings had iridescent paint hand done on them to just give it that little bit of extra sparkle when we see them just walking down the street. Iridescence is always tricky because it doesn’t always make photographic sense, but you sort of ‘feel’ when it’s right. There should be a little glint there, or sometimes you want to fake a little glint just that the wings pop a bit more. 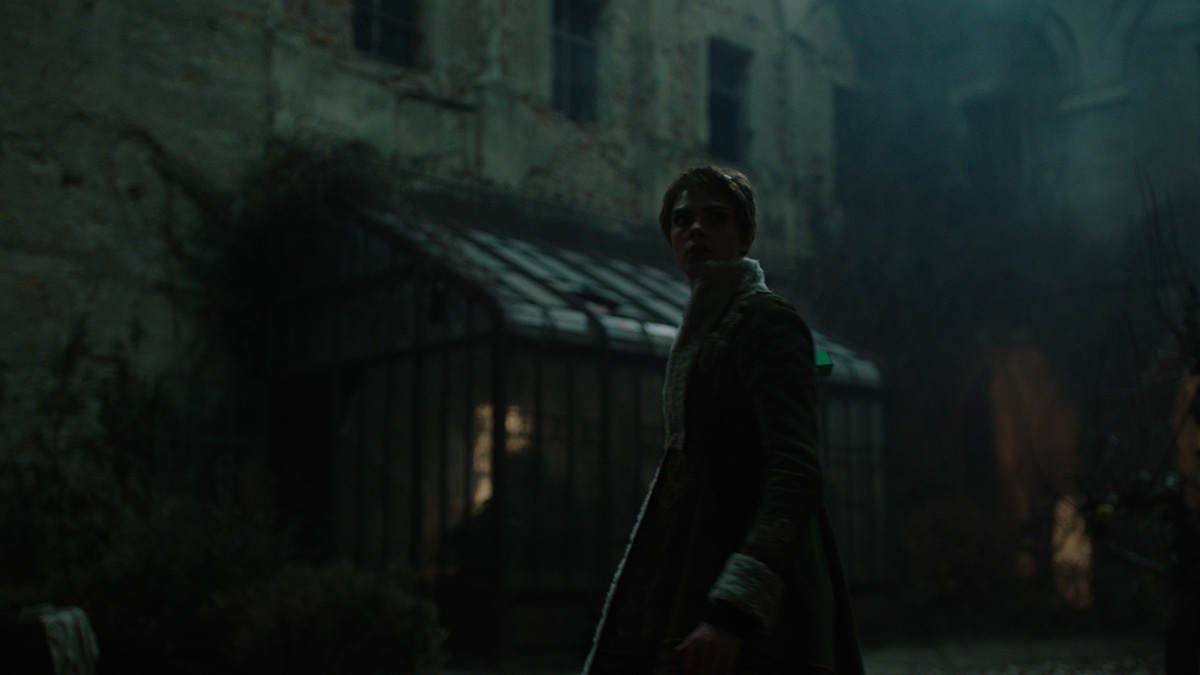 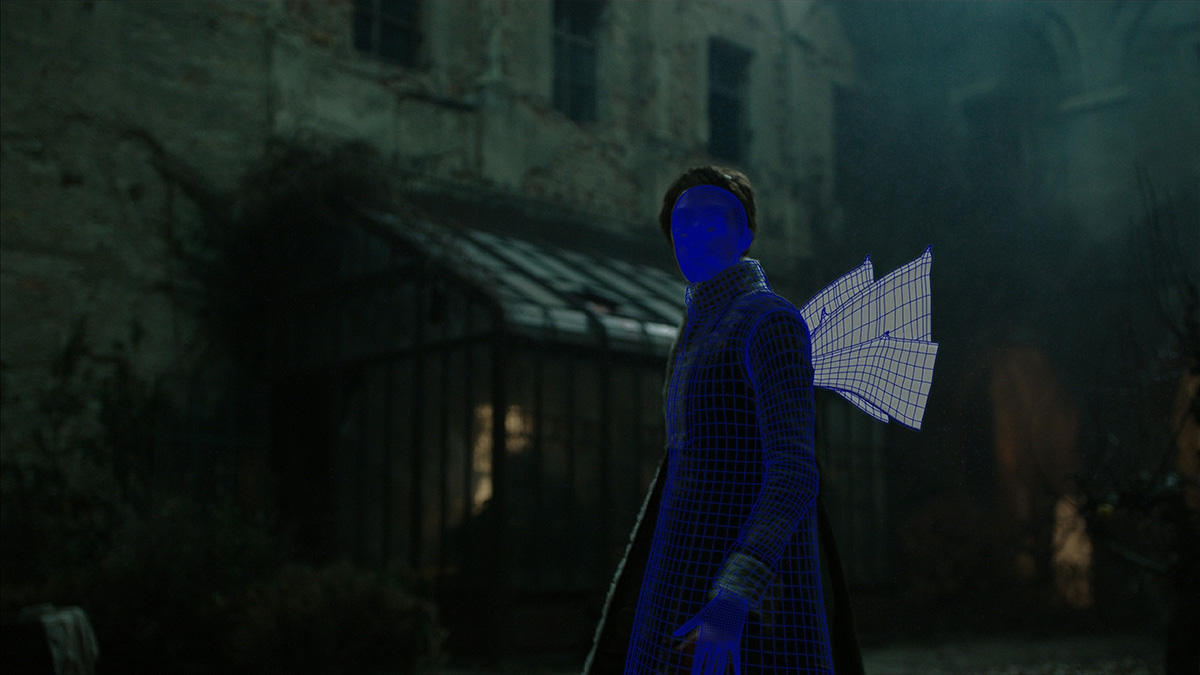 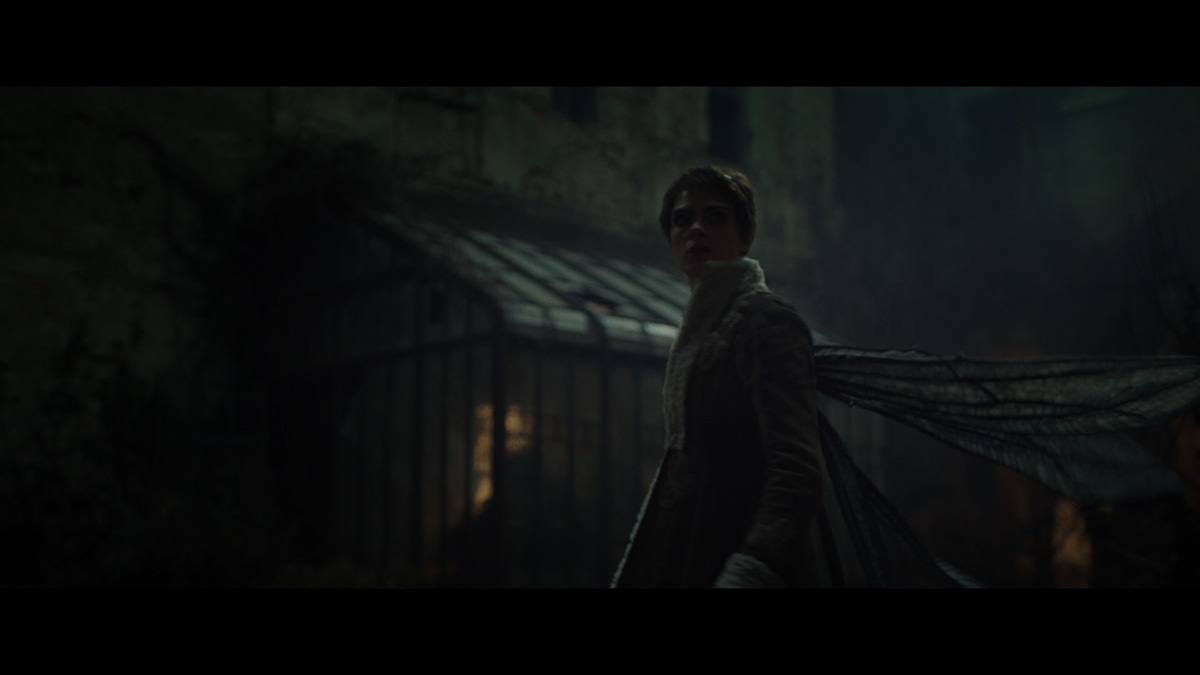 For flying scenes, it was 95% wire work. We’d decided early on we wanted to really always feel the presence of the actor in the wings, and also make it as kind of organic and integrated into the world as possible. So wherever we could conceivably get a rig onto the set, we would do the take-offs and landings right there on the set.

Then for scenes with lots of faeries we would have just a couple of background characters randomly taking off or landing. If these people can really fly, that would be part of their daily lives, except when they’re around the humans and they’re not allowed to fly. So it was just getting these little background moments that, to me, that’s what is the most important thing and making it feel like it’s a real part of the world.

We only went to greenscreen elements when we’re up in the sky with them, or it was a particular action that just wasn’t physically possible with a simple pole rig on the set.

Pixomondo was the lead vendor on the wings. They helped design the motion and really refine the particulars of the animation. And then they gave the asset to other vendors a few times, since sometimes it just made sense to have them take care of the wings if they were doing complicated work on other parts of the scene. 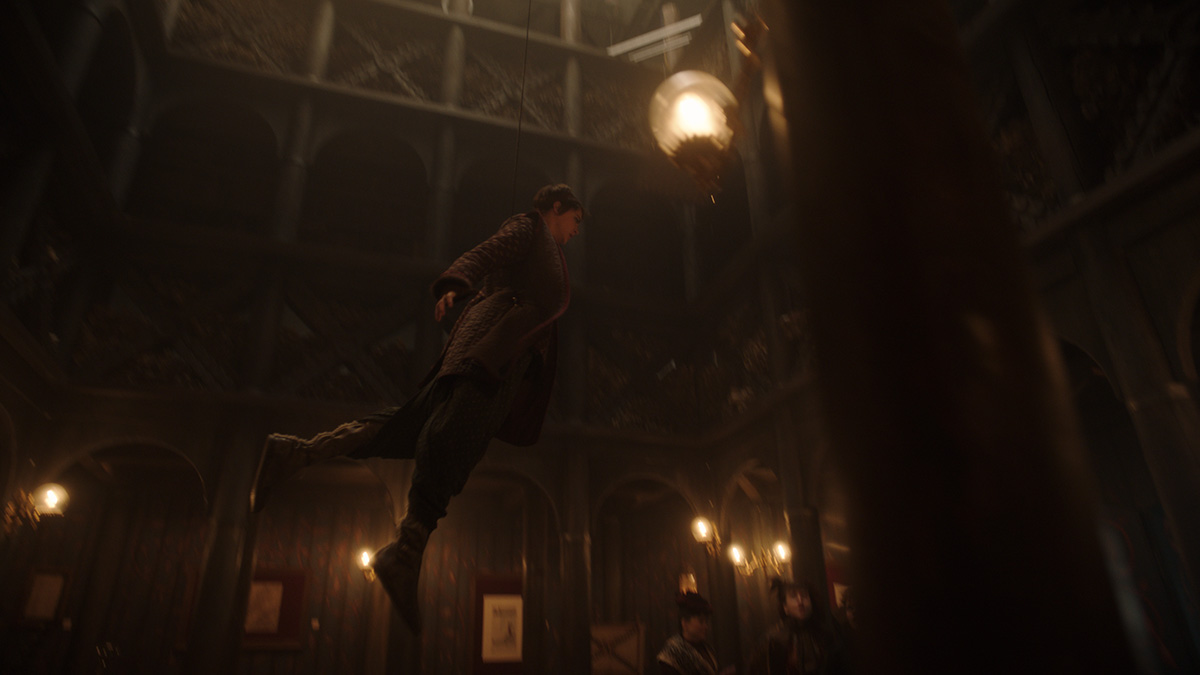 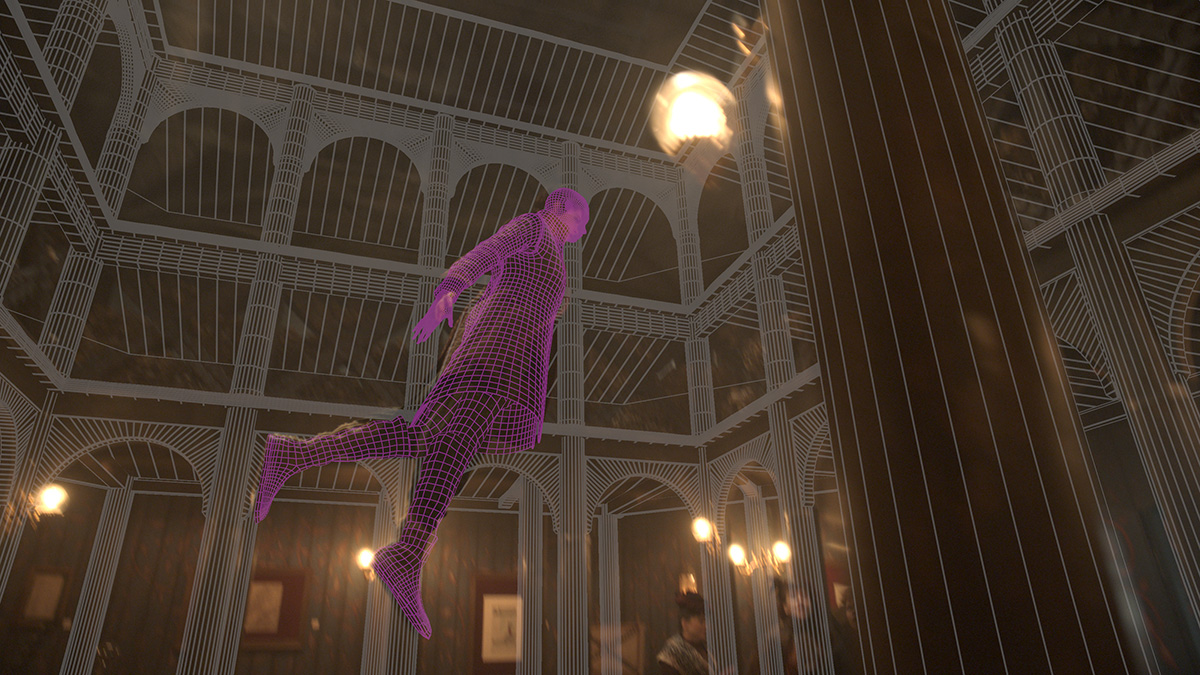 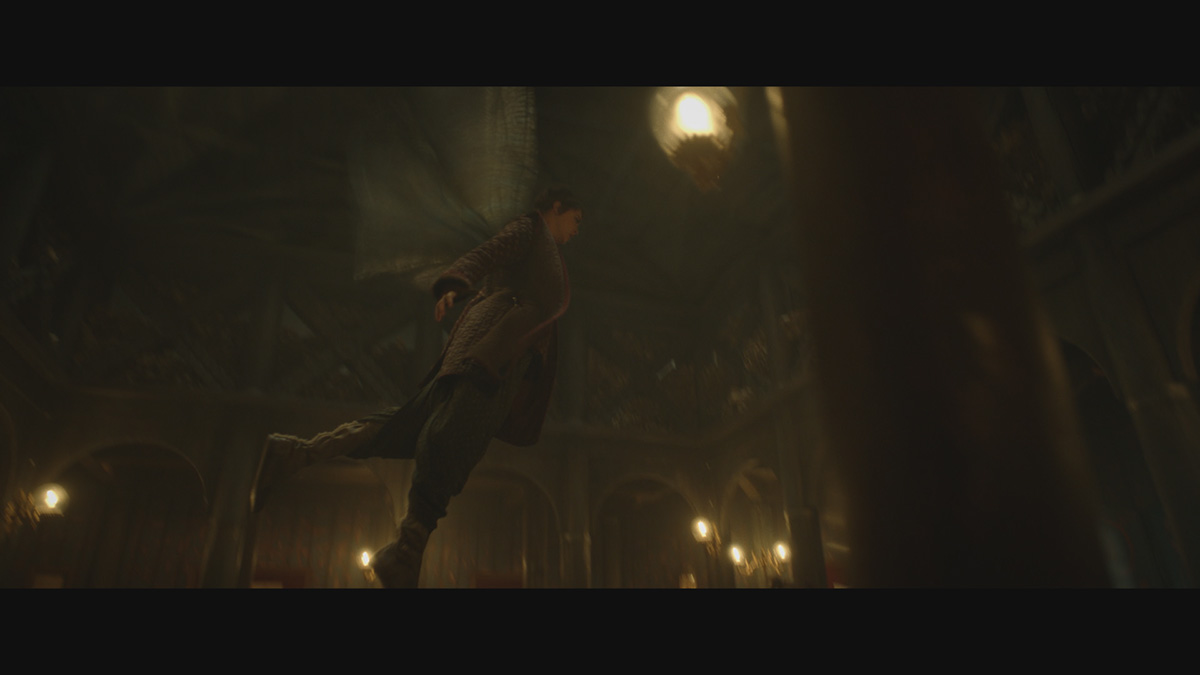 Funnily enough, I would say most of the shots that got a lot of notes were the ones where they weren’t actually flying, but where the characters were using the wings on the ground in an expressive way. There’s a few scenes where Vignette is very upset or angry and her wings come out. And also one sex scene where her wings come out, even though she’s not flying. In those scenes the wings were really part of the acting. So we worked really hard to make sure that every subtle motion really fit with her body motion and her emotion in the scene, just to add another layer on top of the acting.