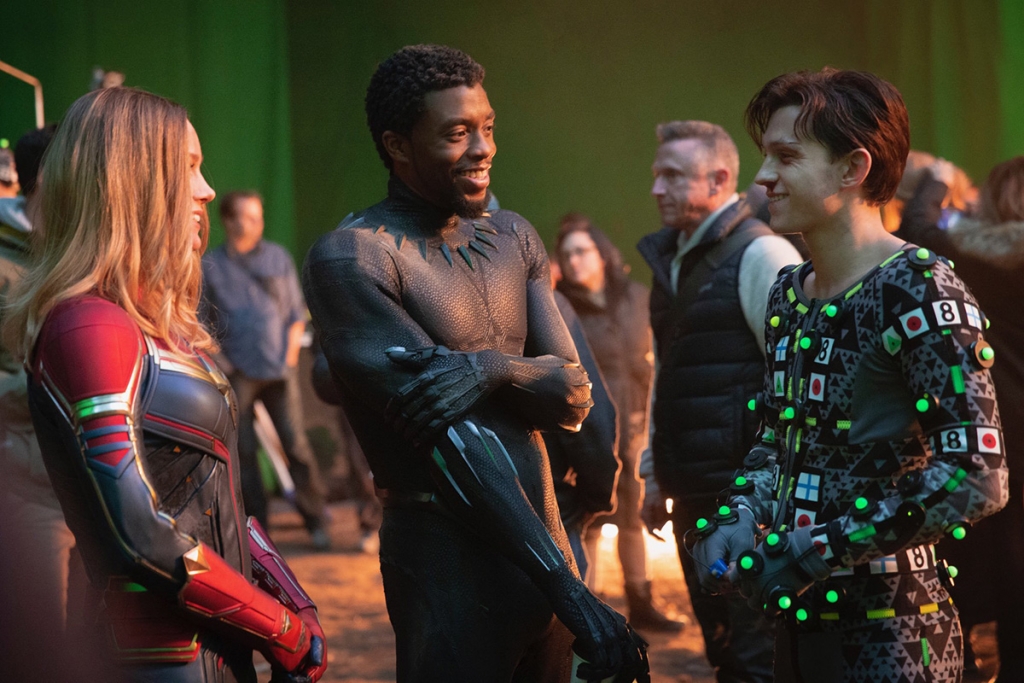 Sure, it’s related to the DVD release, but it’s fun to see so much cool on-set stuff.

I started noticing a few days ago that key cast members and crew from Avengers: Endgame have been posting a whole heap of on-set imagery from the making of the film. Some of the actors, like Robert Downey Jr., had already been doing that, but now there’s even more out there.

It’s of course to time with the home entertainment release of the film – you can order the DVD here – which is often a time when more about the making of a movie comes out.

Did you know befores & afters has a weekly newsletter? Sign up below:

Get your behind the scenes ‘fix’

What’s clear from many of these behind the scenes images is how much of a reliance on performance capture (both ‘full’ motion capture and ‘faux’ motion capture) was part of the filming of Endgame. And how much the VFX team had their work cut out for them in terms of painting out the actors and incorporating fully CG or partially CG versions of the characters. Digital environments were of course also a major part of the process (check out all the bluescreens and greenscreens).

Below is a collection of social media postings I’ve found, let me know if you’ve seen more recent ones around, and I’ll add them.

Couldn’t share much about this one for a long time, glad to give you some BTS shots now. #AvengersEndgame is on digital today. Enjoy. pic.twitter.com/Z4HwEPxVEf

You can finally take home #AvengersEndgame on Digital today… Don’t miss out on the bonus scenes, bloopers and a digital exclusive Steve and Peggy featurette. #WeLoveYou3000 pic.twitter.com/4O13gE2KZ2