‘Instead of thinking on modeling passes, texturing passes and lighting passes, I do illustration passes.’

In what might be the ultimate dream for a 3D artist, Victor Hugo’s fanart renderings were eyed by Marvel, which commissioned him for a series of ‘War of the Realms’ comic book covers in his style. Victor had, of course, already established himself as an independent 3D artist and while working at studios such as Blur and Walt Disney Animation, but these covers tapped into his own obsession with character.

At Total Chaos, Victor shared how those covers became a project for him, and the process he followed to do them. It was comforting to hear that it was not a linear one. I got to ask Victor more about this for #3dartistsrock week.

b&a: How did those Marvel comic book covers come about? What led to you being asked to work on them?

Victor Hugo: Since I started, 90% of my characters illustrations are fanarts. I usually do things from themes that I enjoy – mostly comics and video games – but with my personal approach on them. At some point my work got caught into Marvel’s radar!

The cool thing is that they enjoyed my fanarts so much that at some point they ended up buying one of my personal works to became an official art. My Storm fanart became a X-Men #01 cover!

b&a: What was the initial brief for the ‘War of the Realms’ comic book covers? What was then your particular approach to how they should look?

Victor Hugo: The briefing was kind of surprising for me! The original Jean Grey was coming back to life, so they wanted to make variant covers that would celebrate that return. The key idea was to have different stages of Jean Grey’s life on 5 connecting covers – each cover with a different Jean Grey and a secondary character that it was important to her.

And they wanted that with my style, which is way more stylized than Marvel usually show up on their comics cover art. Since they had no experience with 3D workflow, during my passes I also sent a ‘self-notes’ image with all the things that I still wanted to do. This was really helpful because helped me to keep in mind what I still needed to do and give the client a lot of perspective of future steps – usually there’s just a couple notes from the client when I do that.

b&a: What were your go-to tools for this work?

Victor Hugo: For the Phoenix Resurrection I used 3ds Max, ZBrush, V-Ray, Substance Painter and Photoshop. For the War Of The Realms (Thor, Loki, Valkyrie, Daredevil, Spider-Man and Malekith), I switched to Corona and also used Marvelous Designer for some characters.

When using MD I usually only use ZBrush to clean up some folds and silhouettes. For most of my detail work on clothing like stitches I use Substance Painter – it’s way easier to adjust.

Corona and V-Ray are really similar (and GREAT) tools in my opinion. I’m using Corona a lot nowadays because I’m kind of new to it and I want experiment as much as I can on a real workflow. I only switch back to V-Ray if I’m on a tight deadline or if I need a lot of flexibility on my render. V-Ray still has the best tools for things like making a light affecting only specular or only diffuse, and also works perfectly with 3ds Max standard materials if you need something more non-realistic. Definitely my favorite tools. 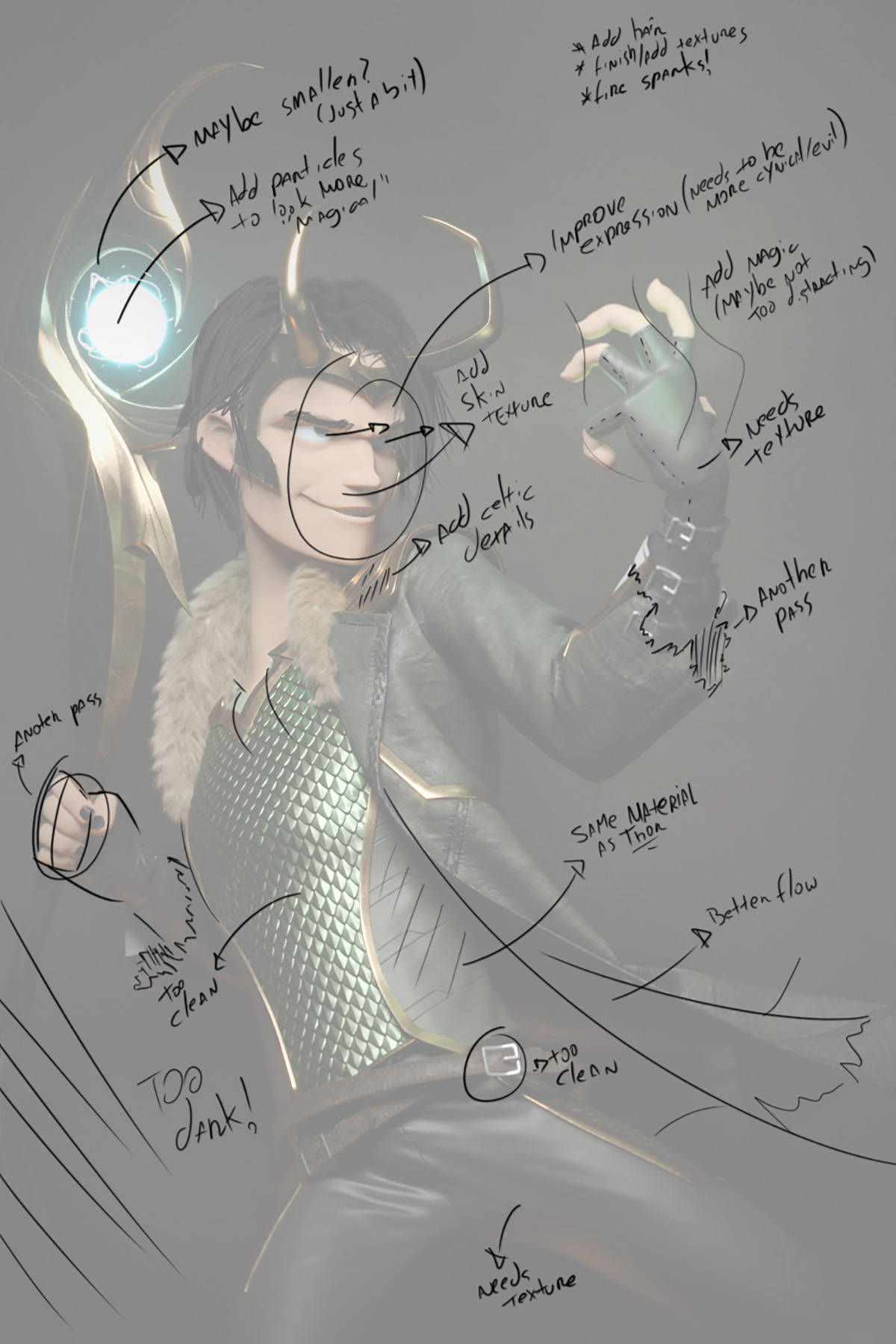 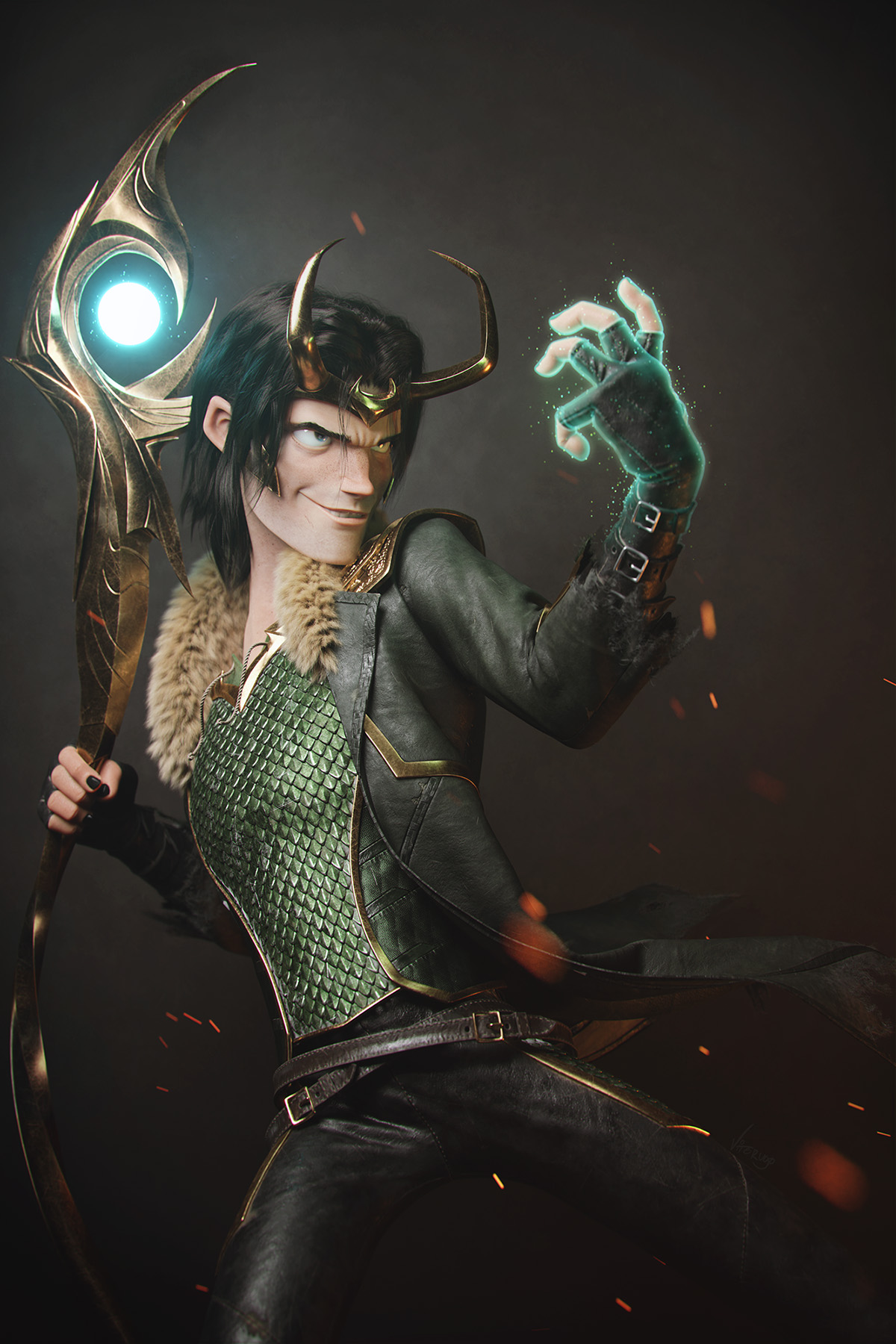 b&a: One of the cool things you mentioned in your Total Chaos talk was your workflow, and the idea that a lot of people think a workflow can be linear, but yours of course is self-described as ‘messy’…can you talk about that a bit?

Victor Hugo: Sure! I honestly can’t draw without a rubber, so there’s no way I can do a flawless character without noticing that something is off when I’m doing the lighting or textures step on work. That happens on every step of my process, so instead of trying to make it more and more like a production line, I embraced the back and forth and made it part of my process.

So when I think about an illustration, the first thing that I do, it’s a really rough version of the character. Using an autorig tool I create a really quick rig and try different poses and lighting to find a composition (and even some post production) that I like. Like, instead of thinking on ‘modeling passes, texturing passes and lighting passes’, I do ‘illustration passes’. 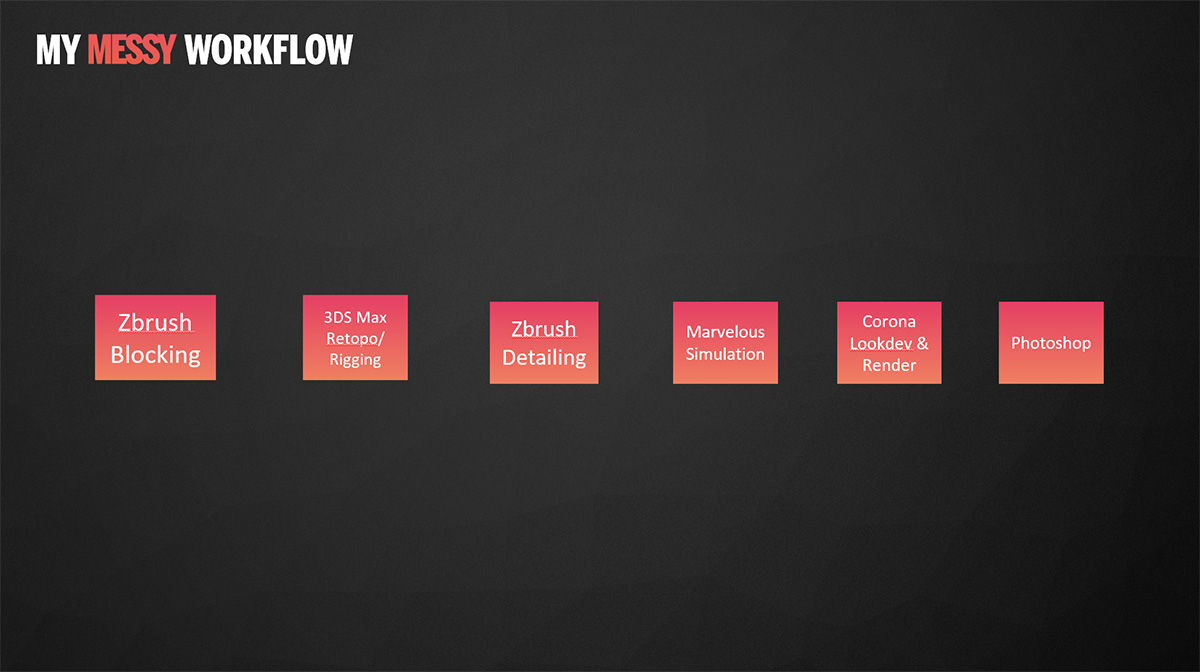 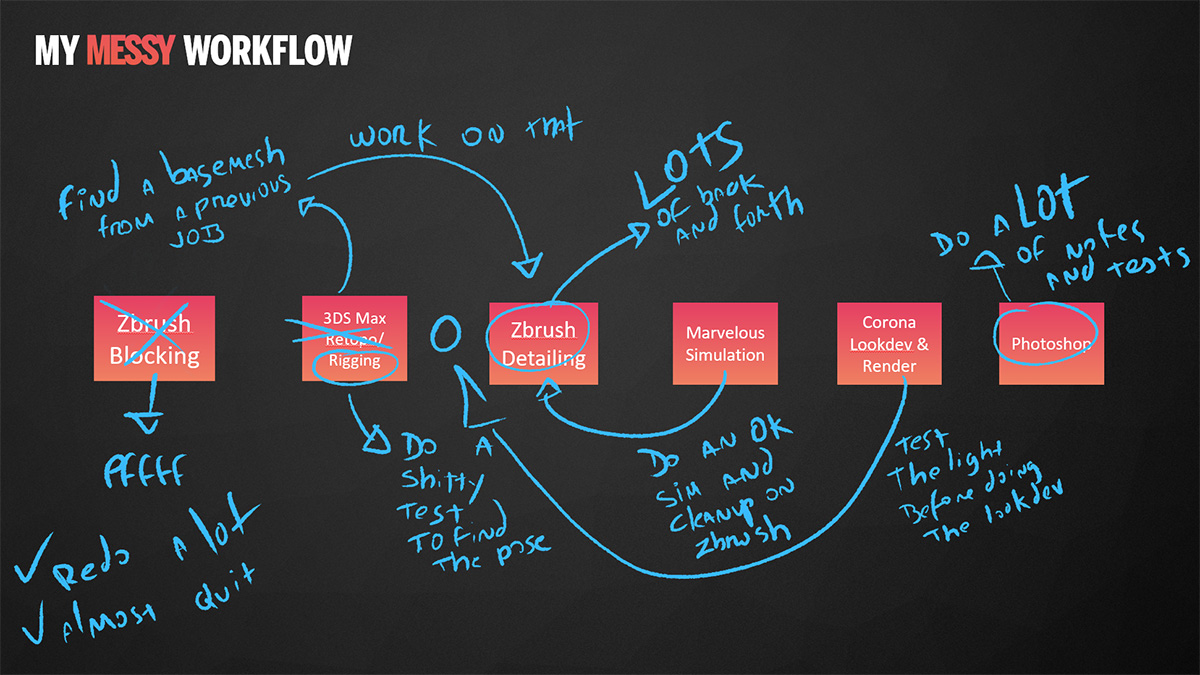 This week at befores & afters is #3dartistsrock week, diving deep into a different 3D artist each day to reveal their work and their process.