(In which 5 things becomes a lot more than that…sorry).

OK people, SIGGRAPH 2019 is literally in only a few weeks’ time. It starts on July 28th in Los Angeles. There’s always waaaaay too many things to see and do there, but that’s actually a great thing. As the conference morphs and changes – one of the big developments, I think, is how exhibitors now have a lot more of their own off-shoot demos and presentations – I’ve also changed the way I tend to engage with the event.

What I do is really try and lock in a wall-to-wall schedule, and just get ready for a lot of sitting, a lot of talking and a lot of stuff that probably goes over my head (again, it’s a great thing). Anyway, here’s my guide to 5 must-attend events during the week at SIGGRAPH.

1. Go to SIGGRAPH before SIGGRAPH starts

Wait, what? Here I’m referring to some events that happen right at the beginning of SIGGRAPH – DigiPro and The Pipeline Conference. DigiPro is the Digital Production Symposium and takes place on Saturday 27 July. Spider-Man: Into the Spider-Verse director Peter Ramsey and VFX supervisor Danny Dimian are keynoting, and then there are some ace talks as well, on subjects such as ‘Physically Based Lens Flare Rendering in The Lego Movie 2′, ‘Jumping in at the Deep End: How to Experiment with Machine Learning in Post-Production Software’ and ‘SpLit: Interactive light dialing as creative vehicle.’

Meanwhile, the inaugural Pipeline Conference is happening on Sunday 28 July, where Blue Sky Studio’s Hank Driskill is the keynote speaker. The cloud, USD collaboration and real-time tech for film pipelines are among the topics of presentations lined up.

2. Quick VFX fixes from the Talks

I am obsessed with the SIGGRAPH Talks. Obsessed! Why? It’s hard to find anywhere else that VFX and animation studios, along with computer graphics researchers, can dive into some smaller aspect of their production and deliver that to a captive audience. For example, Pixar is going to be presenting on a whole lot of different aspects of making Toy Story 4 in various Talks, while MPC will also be sharing several things about The Lion King.

ILM has new tech to talk about for Hulk from Endgame, DreamWorks will be touching on its new feather system, and Weta Digital has a Talk entitled ‘A Practical Guide to Thin Film and Drips Simulation.’ I mean, c’mon, there’s nowhere else this kind of stuff gets discussed – and shown – in detail. The Talks run every day at SIGGRAPH and I’ve only touched upon the variety of topics here.

I’m talking about Real-time Live!, probably something I’m as obsessed about as the Talks. It’s here – on Tuesday 30 July at 6pm – that several presenters/companies/researchers engage in a fun competition to demo their real-time tech LIVE. That’s right, it has to work in real-time then and there. And you get to vote for the winner.

Why this event works so well is that things don’t always go to plan, but when they do (and even if they don’t), it’s a lot of fun to see the tech behind the demo. Presentations include: Quixel Megascans, Digital Domain’s Virtual Human, GauGAN from NVIDIA, Unreal Engine’s Chaos, real-time ray-tracing from Unity and VR ‘hair salon’ tech from Pinscreen. We’ll have a sneek peak at one of these Real-time Live! presentations later this week, too.

4. An insane line-up of ‘how did they do that?’ sessions

The Production Sessions track at SIGGRAPH this year is strong, really strong. This list really speaks for itself: Avengers: Endgame, Game of Thrones, The Lion King, Toy Story 4, How to Train Your Dragon: The Hidden World, Anthem, Space Explorers: Life in Orbit, First Man, Alita: Battle Angel, Spider-Man: Into the Spider-Verse and the VFX of Netflix Series.

That latter session should be particularly captivating, since it covers several shows, A Series of Unfortunate Events, The Umbrella Academy and Stranger Things, which has only just aired. It’s just another example of how the industry keeps changing and how streaming has become such a big part of VFX (or has VFX become a big part of streaming?).

It’s not a production session, but I’m going to highlight it here too: a panel called FACS at 40 hosted by Mike Seymour from fxguide and the University of Sydney. Many of you will know about Mike’s research into digital faces, and in this session, he’ll be re-visiting the Facial Action Coding System with luminaries in the field Erika Rosenberg, Vladimir Mastilovic, Mark Sagar and J.P. Lewis.

5. Seek out hidden gems in the exhibitor sessions

So, I mentioned one of the major developments SIGGRAPH has been going through is that exhibitors (ie. mainly CG software/hardware vendors) now tend to be hosting their own events in a much bigger way than perhaps they used to do on the expo floor. The hidden gems – although they’re not really ‘hidden’ – amongst these sessions are probably some of the most valuable for taking your career to the next level, because it’s here you might hear about new ways to do things or make contacts with key artists and studio personnel. 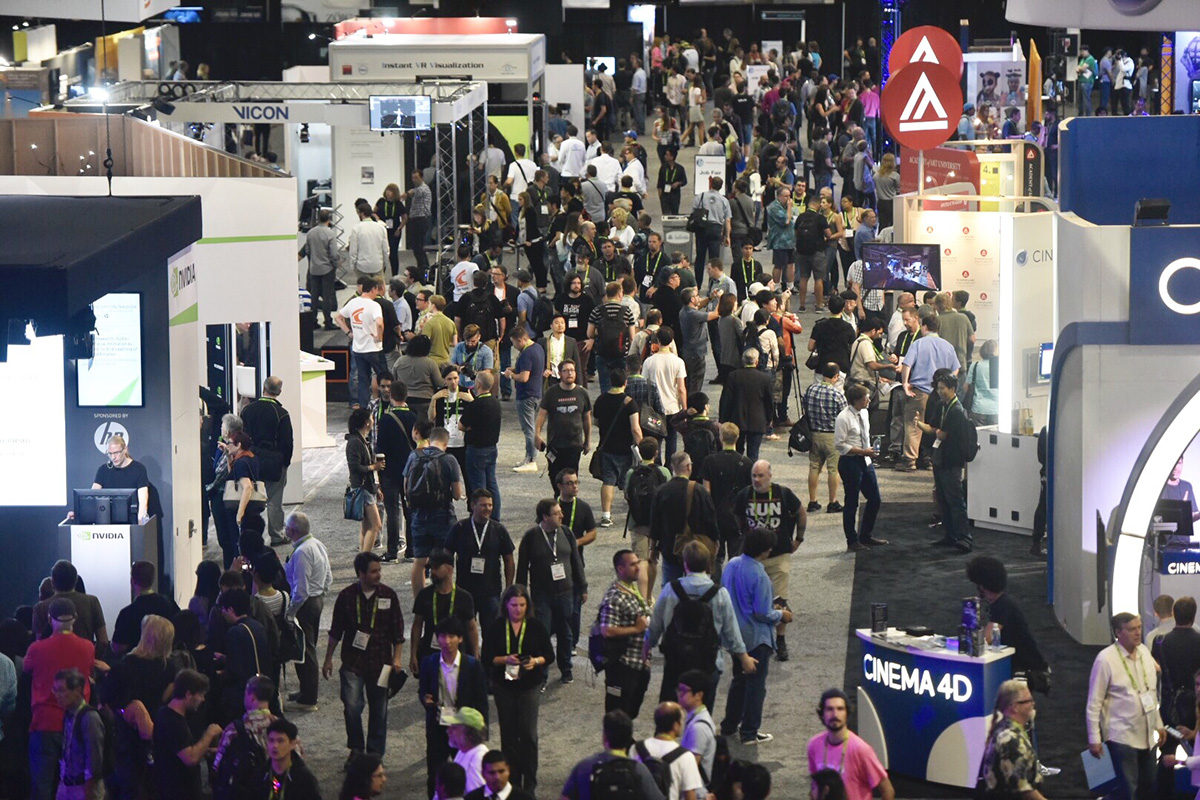 I’m going to list the major exhibitor sessions and events I know about so far, and I suggest you explore them more by going to their websites:

Unreal Engine – Unreal is going big this year, with a User Group on Monday July 29 and a series of tech talks on July 31

Foundry – The company behind Nuke, Mari etc have an impressive  ‘All-Stars’ major event plus a host of individual sessions

Autodesk – Similarly, Autodesk has its ‘Vision’ series again at SIGGRAPH

Substance – It may be owned by Adobe now, but Substance Day is still on!

Pixar’s RenderMan – I suggest you stay tuned to RenderMan’s news section of their site for various announcements; their RenderMan Art and Science Fair is of course a major SIGGRAPH highlight

OK, that’s my guide to SIGGRAPH 2019! If you have other suggestions for things people absolutely positively should check out at SIGGRAPH, please add them in the comments.