Sulley will never be the same again.

Pixar Animation Studios has just released RenderMan 22.5, a new version of the renderer that includes a rewritten RenderMan for Houdini plugin.

In promo materials for the release, one of the images that quickly caught my eye was a swirling mass of James P. “Sulley” Sullivan-looking fur (i.e. from the Monster’s, Inc. character). It was labeled ‘The Unsullied’, by Dylan Sisson ©Disney/Pixar.

But I had to know more.

So I asked the artist, Sisson himself, about how ‘The Unsullied’ was created. Here’s what I found out.

“Yes,” said Sisson, “it’s a cross-over joke between Game of Thrones and Monsters, Inc. It was created using Pixar’s brand new RenderMan for Houdini plugin shipping now with version 22.5. This collection of approximately 300,000 curves was created procedurally in Houdini, based off of an Entagma tutorial by Moritz Schwind.”

Sisson notes that the curves were shaded using RenderMan’s Marschner Hair Shader, which is the same shader used in production at Pixar. “The hairs were colored individually using primitive variables attached to each curve and fed into the Marschner hair shader,” adds Sisson.

“The scene is lit with a single area light and a Daylight shader, which are physically based lights also used in Pixar productions. For light transport, Pixar’s uni-directional Path Tracer. The look of the image was quickly dialed in using interactive rendering in Houdini’s Render Region.”

As an added bonus, Sisson provided befores & afters with an exclusive screenshot, which shows interactive rendering in the render region. 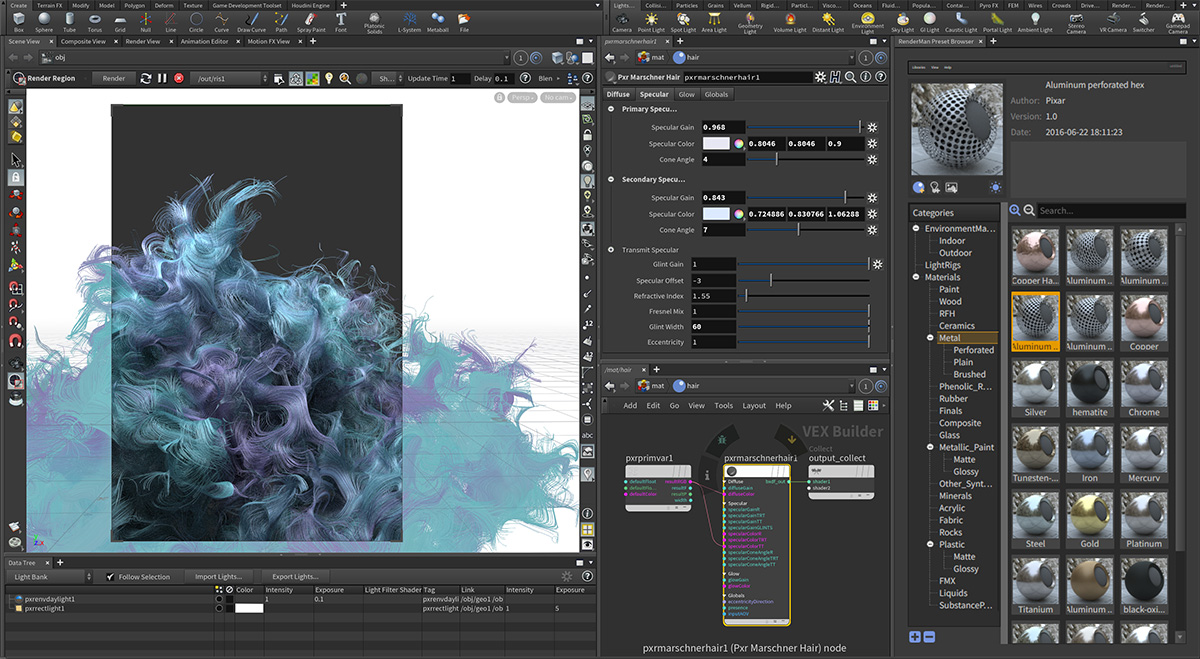 You can find out more about the RenderMan 22.5 release at the official site. Sisson also outlined the new features and performance gains recently at FMX, and will be doing so again at upcoming events such as Annecy.

No word, though, on whether other Pixar characters might also get the remix treatment in future RenderMan releases…