Amazon’s The Man in the High Castle is the story of an alternative early 1960’s in which World War II ended differently, and the United States has been divided into the Greater Nazi Reich and the Japanese Pacific States. For the show’s visual effects team, that premise created the need to help devise imagery – such as locations, vehicles and events – that appeared to be of historical accuracy.

To break down how that was achieved, in particular for The Man in the High Castle’s season 3, befores & afters talked to Lawson Deming, co-founder of Barnstorm VFX, which had to produce, among many other things, scenes with World War II-era battleships.

Lawson Deming: The idea of almost being a historian for an era that never actually existed is a concept that is probably my favourite part of the show. A lot of that started with conversations that I had with the art department and with the production designer Drew Boughton. You know, the real trick with visual effects, when we have to resort to visual effects to create something, it’s already sort of an uphill battle when you’re making things that are inherently unbelievable. And so we work really hard to hit those historical references because there is a tendency when you’re creating this sort of heightened fascist world to make things that look really over the top. 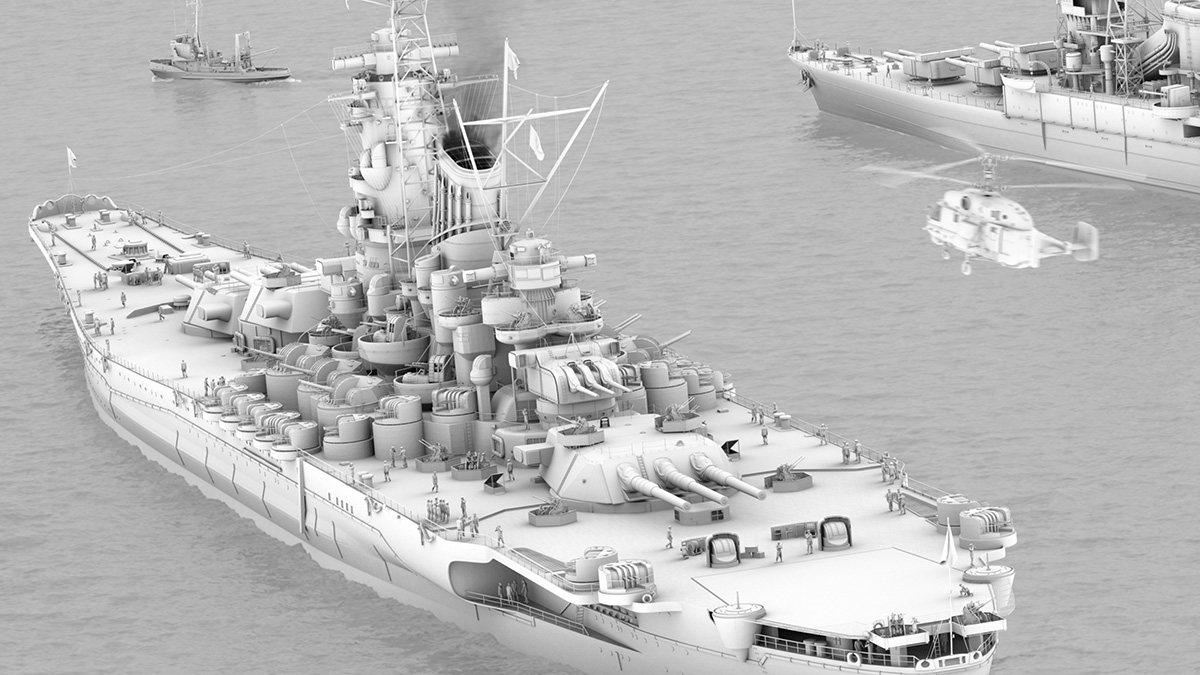 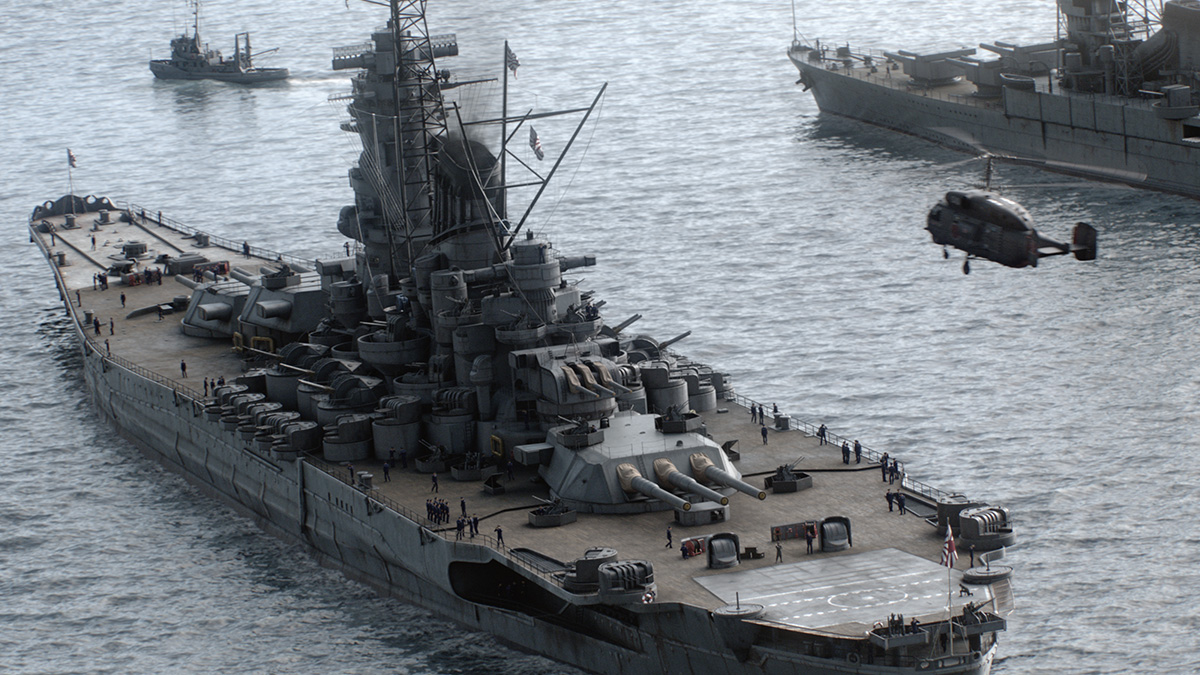 So we would always go back to historical references as a starting point for a lot of these designs and then work from there to create what we ended up creating for the show. A great example of that is in season three we imagined the Japanese fleet. We went and actually looked at a US battleship the USS Iowa in Long Beach. And that was a battleship that served in World War II, and then after World War II many of these ships continued to serve for another 30 or 40 years, and they were gradually technologically updated over that time.

In our show, what we have is the Japanese battleship, the Yamato, which was sunk during World War II, and of course we’re supposing that it was not sunk but went on to serve in the Japanese navy and gradually was upgraded. And so we did a lot of those same things to that ship that would’ve happened to US battleships. For example, the radar masts were installed, the back end of the ship was a pontoon plane launcher in World War II, and then many of those were changed over to be helicopter pads in the 60’s and so we replaced the back end of those ships with a helicopter pad. 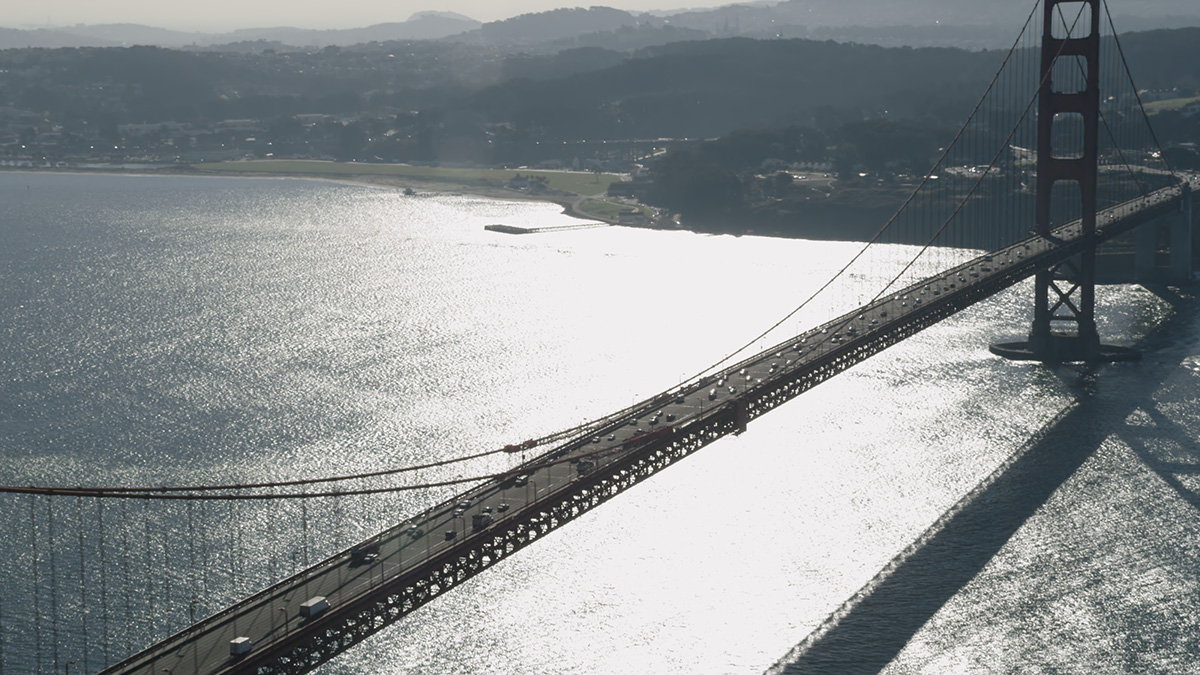 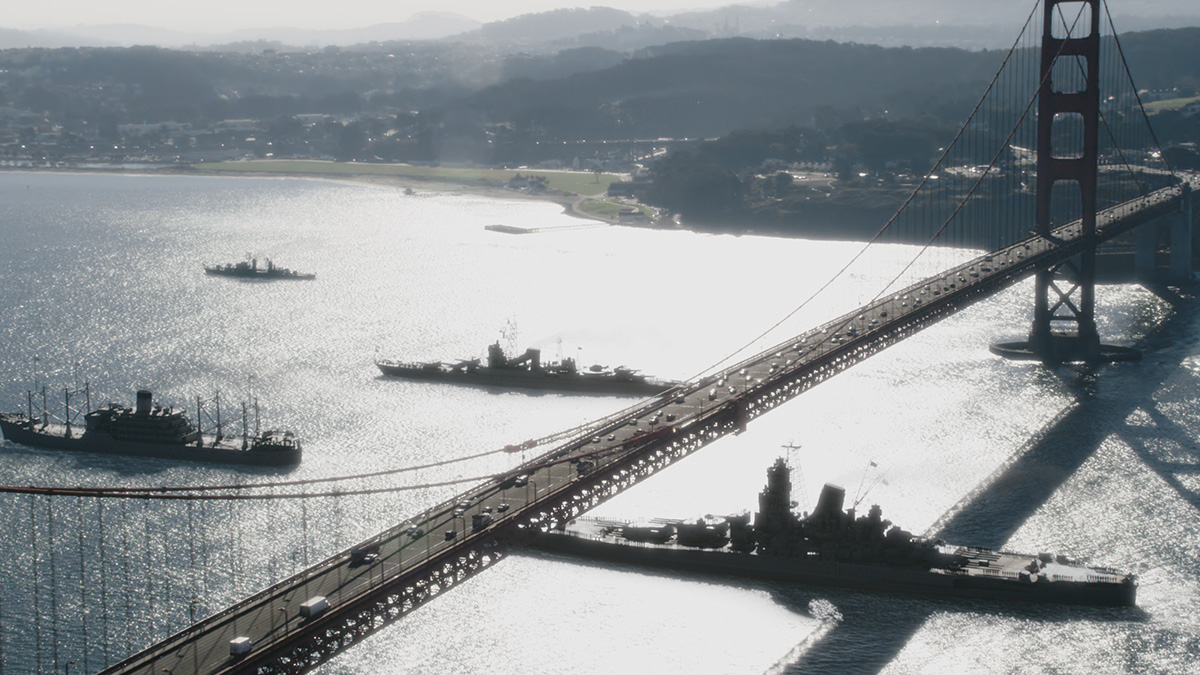 We were not able to go and look at any actual Japanese ships, but we did go and visit a handful of US ships in addition to this battleship. I went and looked at the USS Hornet which is an aircraft carrier in San Francisco. These ships get repainted so many times over their lifetime, and you can actually tell the age of different things that were installed on the ship by the fact that the paint colour is a little bit different in areas where something is newer, and it’s less glopped on because it hasn’t been repainted 100 times. 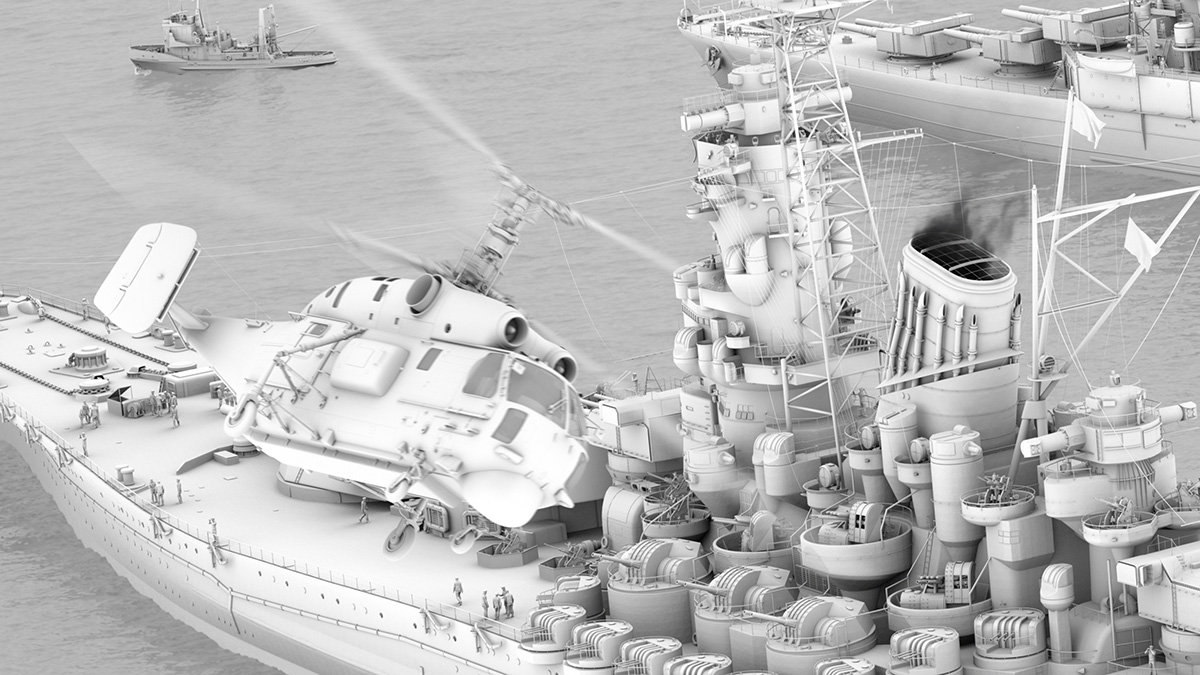 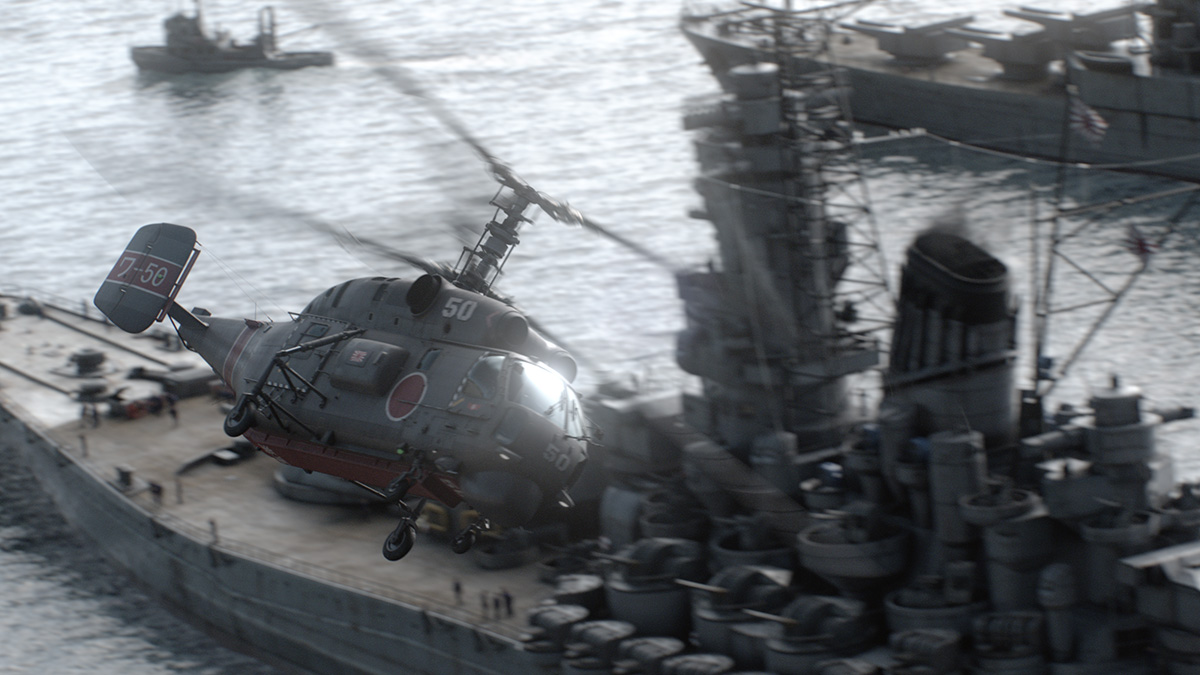 We took a lot of explicit photography of those elements. Most of that photography ended up being used as reference more so than explicitly for texture mapping or anything like that for the 3D. And then we looked at archival video of a handful of aircraft. For the German side in season three, we’ve introduced a couple of new aircraft which were VTOL style aeroplanes. That was an idea that originally was based on a design that we did for season two that we never ended up using that was loosely based on an actual VTOL troop transport that was designed in Germany after World War II. We came up with this idea, this general idea that the Germans used VTOL aircraft. And we found again historically there are videos of these tests being done with these aircraft in the 1960s. And they included an aircraft called the Dornier Do 31. And they also include another VTOL aircraft based on the F-104 starfighter.

These aircraft were just test planes, they never went into production. But there’s videos of them. You can see how they move, you can see how the control services move. And we use those as reference and we said, ‘OK, well that’s say these were the types of testing they did, let’s say these aircraft actually went into production, they wouldn’t look exactly the same as the x-plane or test versions of them would. But we explicitly looked to those kinds of things for reference. Because again, the concept is so fantastical you really have to hone in on them and transfer parts of the design to make it believable. 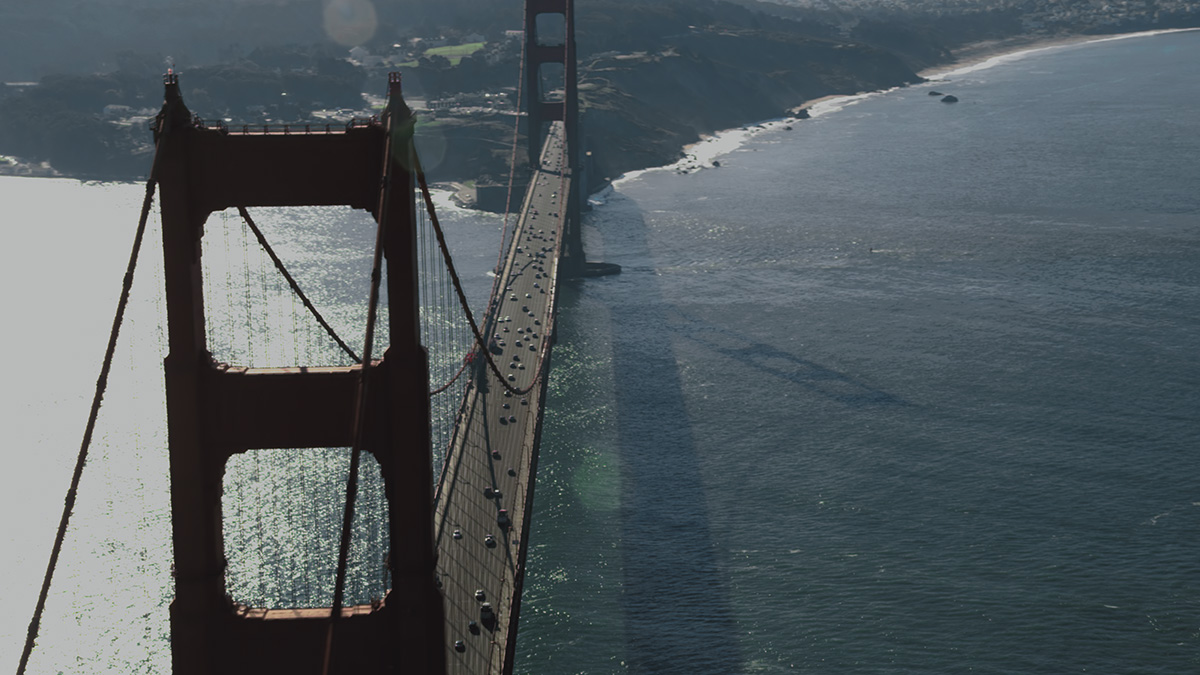 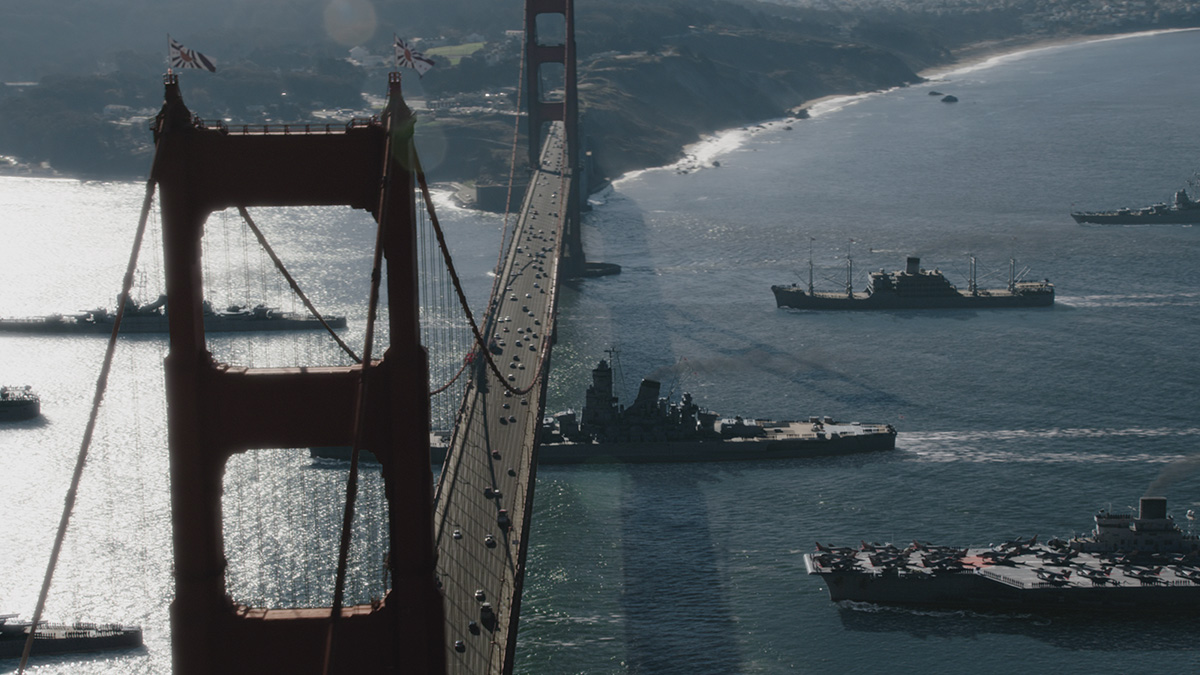 A lot of the work that we did started with the production design. I would go on set when we were filming things, and I would photograph their textures and designs that they put in a lot of their practical set pieces and use those for reference. I photographed the wood textures that they had on the walls. A lot of the extensions that we were doing would be 60% practical set and then 40% in extension or vice versa.

Now, the show shoots with very wide open aperture, so they shoot mostly on a 40mm lens – it’s kind of their workhorse. But they shoot almost wide open. And they also shoot with a large amount of diffusion on the lens. And that creates a certain quality to their image. And so whenever possible, we would try to mimic that as well in the visual effects. We took photographs of the circles of confusion that came out of their lenses, where you can actually see, in the bokeh, you can see the filter patterns. So we created a special add-on to our defocusing plug-ins to make sure that that’s what you see in the background when it goes out of focus. All those sort of things to make sure that it felt like it fit into the world of the show, we paid a lot of attention to.