“I’m the only one here with a camera, and I’m seeing the first styrofoam mock-up of this creature, and it will never exist again.”

It’s not every day that the visual effects supervisor for a film is also the author AND the photographer of that film’s ‘making of’ book. But that’s exactly the case with Industrial Light & Magic Presents: Making Solo: A Star Wars Story, for which VFX supe and co-producer Rob Bredow documented the process of making the Ron Howard film with rare first-hand access.

The result is a book that shows the reader things they wouldn’t normally get to see, as well as including a whole bunch of artwork and behind the scenes information about characters, props, vehicles, locations, and the visual effects process. befores & afters asked Bredow – who right now is gearing up to discuss the book at Star Wars Celebration in Chicago – about how he got such great access, what he used to take the pics, and the unexpected moments he captured.

b&a: What did you shoot these photographs with while on the set of Solo?

Rob Bredow (Executive Creative Director and Head of ILM, and VFX supervisor and co-producer on Solo): I was carrying around my Sony A7, and my primary reason to have it around – I wore it everyday in pre-production – and my primary reason, of course, was to capture and reference for the visual effects team back at ILM. But when I was in some of these places I was realizing, ‘I’m the only one here with a camera, and I’m seeing the first styrofoam mock-up of this creature, and it will never exist again. I’ve got to take a bunch of photos of it.’ So I started taking reference photos, but also framing some up that I liked the framing of, and realized after a few months of this, ‘I’m getting quite an interesting collection of photos. This could turn into something.’ 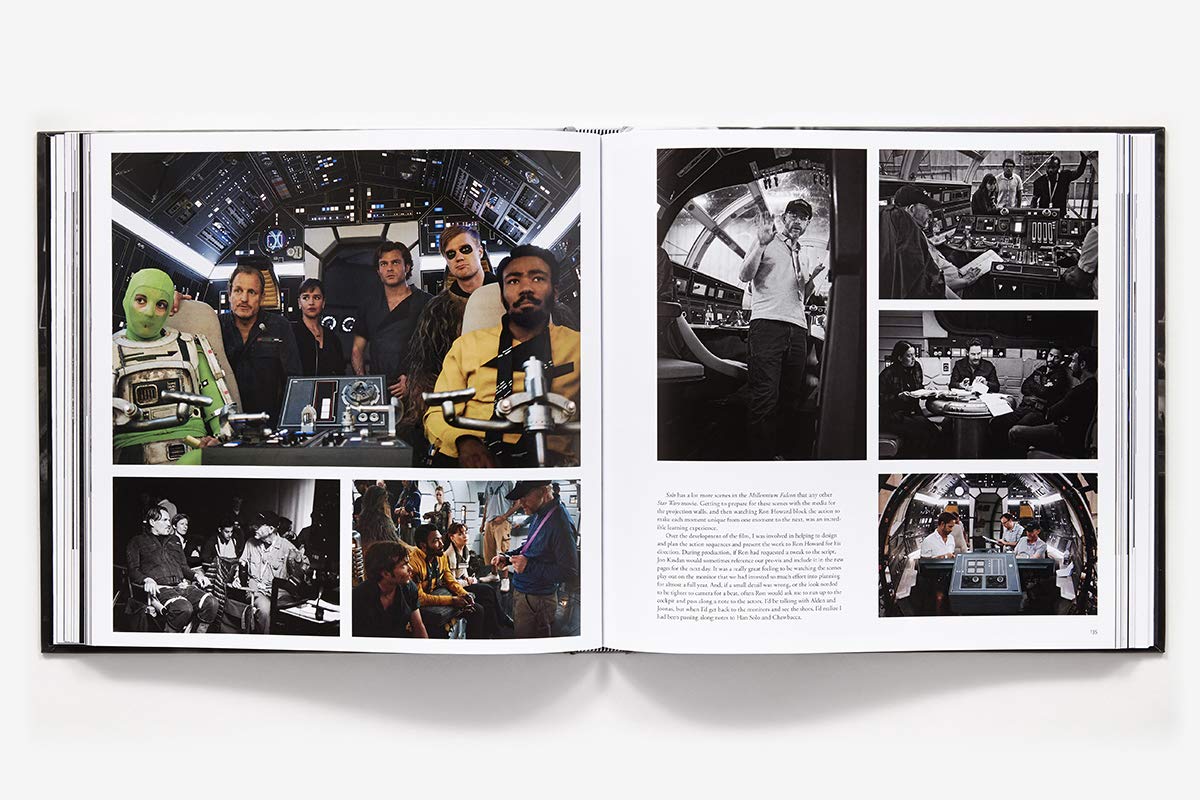 b&a: You’re the visual effects supervisor. You have a producer credit as well. Clearly you’ve got access to everything, but was anyone ever cautious about you taking all these photos?

Rob Bredow: Well, I wanted to be a little discreet, of course, because for one thing I was busy, and everybody else was busy as well, so there’s times when you just can’t get a moment even though it’s great. I shot probably 90% of the book with a 55 millimeter lens, so that means you’re stepping back a few extra feet to get the shots. And I was trying to document in a messy way. I wanted the photos to capture what I was feeling and seeing, so I wasn’t trying to pose things. I was literally just trying to get it in the moment. And the camera has a nice feature where you can turn off the shutter so it’s silent. I think people got used to me doing this. I was doing it sometimes in meetings, and there would be times where somebody would goof around a little bit, but pretty much I think people just got used to me being everywhere and always grabbing a photo when something interesting was happening.

The funniest thing is, the set photographer, whose really a talented photographer, Jonathan, he was like, ‘If I could get half the places you get I would have so many better photos…’. You know, I’m in a helicopter with the directors, flying over the Dolomites on a scout – they don’t bring the set photographer there – but I had to be there because we were planning a huge, complicated visual effects sequence. So I got to be in a lot of interesting places on the film. 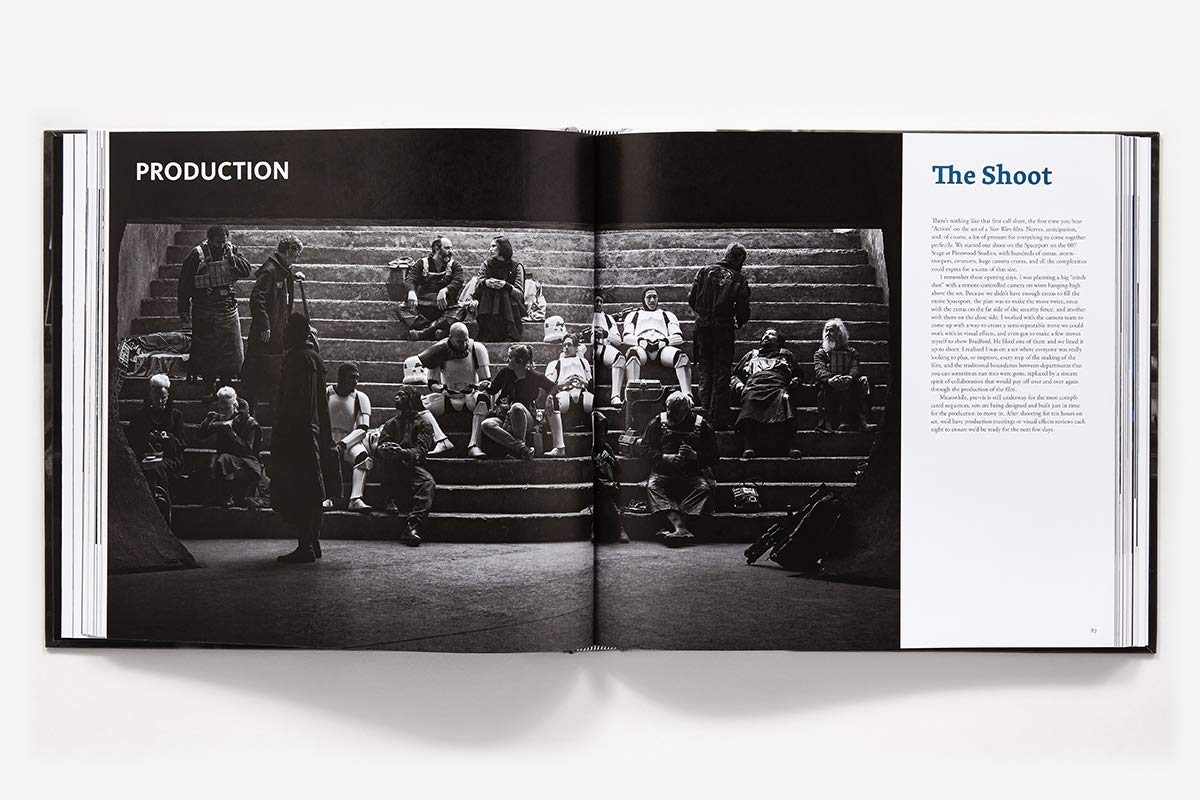 b&a: And because you were in so many places, can you think of some happy accidents, or some photos that you never thought you’d acquire but that you were able to for the book?

Rob Bredow: Well, one of them that I just absolutely love is the whole cast sitting in the cockpit in the morning and talking. I mean, it only happens in one scene in the movie. It’s a rehearsal, so they’re all just half-made-up and relaxed, and just having a really good time. I was actually climbing up where the Falcon cockpit was – it’s 15 feet up in the air, so there’s stairs in the back. But in the front, you really can’t get there to get the photo that I ended up getting. But I needed to climb up there to talk with the camera department about something that was happening rigging-wise.

And while I was there, I’m like, ‘Oh, look, they’re all in here.’ They were all just totally relaxed. I didn’t even actually look until later that day, and I got a shot where everybody looked great, and I was like, ‘This actually feels exactly how I would hope this would feel.’ You never get the cast together like that. So there were several moments like that where I kind of wanted to pinch myself.

b&a: I remember you saying when you announced the book that you had to basically deliver it as you delivered the film. How hard was that to do?

Rob Bredow: I don’t recommend it. It was not a recommended practise. When I found out what the delivery date was, and actually when I first thought I was going do the book, I figured I was going to pick the photos, and then someone else would do the layouts and the writing. That was the original plan. But then as we got into the making of the book, I was realizing how intertwined these things were, and how much work I was going to want to put into the editorial process, no matter who wrote it. And I realized, ‘How much more work is it if I just write it myself?’

So we had a little family meeting and I said, ‘So, I know I’m really busy with this movie, but if I donate all of my weekends to this, then I could get this done in the time that is remaining.’ And the family said, ‘Well, you’re this far along, you should just do it.’ So that’s when I decided to write it myself. I did the layouts and picked the photos, and did the writing, and it was literally due on the same day that the movie was due. So that was a little bit crazy. It was completely insane in terms of work-life balance. But it was pretty rewarding to have a physical object that is the embodiment of this experience that I got to have. 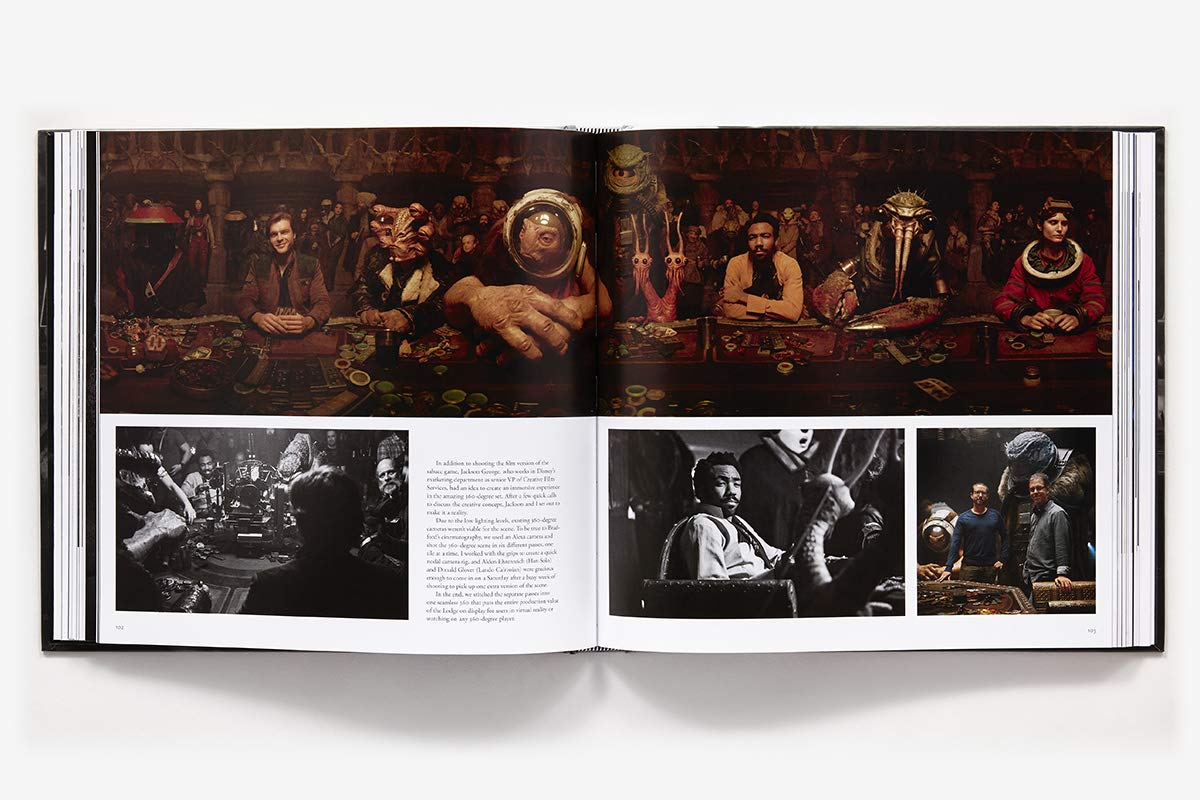 b&a: I am such a huge ‘making-of’ book fan. I’m wondering if you have collected some great art-of or making-of books over the years and can pinpoint any of your favorites?

Rob Bredow: Well, the first one that jumps to mind that inspired me early in my career is The Illusion of Life, by Frank Thomas and Ollie Johnston. It’s just such an amazing book, and early in my career, there was just so much that I was constantly referencing out of that book. And I’ve got a Tim Burton book that is kind of a retrospective of behind-the-scenes looks at his films and his style, which is super, super-inspiring.

And then, more recently, ILM’s The Art of Innovation book. That was the book that I probably referenced the most heavily as I was putting this together. It shows so many different pictures, one after another, and talking about the innovations that were taking place in these films. I thought, ‘That’s pretty fun.’ I loved that – I love that kind of storytelling. That was kind of my constant talking-point in my mind as I was writing this book. I stuck a Post-it on my monitor and it said, ‘Tell stories.’ Because it’s real easy to find yourself documenting what happened and just saying, ‘Oh, this happened, and this happens.’ Or documenting the process, which is interesting – and I do some of that in the book – but the key thing I said to myself was: tell the stories of the interesting things that have happened. And there were so many stories, lots that I wanted to share.