Study from Annenberg Inclusion Initiative and Women in Animation finds that the participation of women in VFX remains very low.

A just-released report called ‘Invisible in Visual Effects’, prepared by the Annenberg Inclusion Initiative and Women in Animation, explored women’s participation in visual effects over a period from 2016 to 2019. If you’ve been following that state of the industry in terms of gender equity, the results unfortunately may not surprise you. The study also looked into women working in executive ranks across 60 VFX companies, among other results, and involved interviews with more than 80 women in VFX, and from across the industry.

Just some of the main take-ways of the report were as follows:

“The lack of women in the visual effects industry is part of a larger pattern of exclusion across the film industry,” said Dr. Stacy L. Smith, founder of the Annenberg Inclusion Initiative. “VFX companies and studios have to think critically about their hiring and promotion practices as well as the cultures they create internally if they want to see more women and in particular women of color ascending to leadership roles.”

You can read the report in full here, and find out more about Women in Animation and the Annenberg Inclusion Initiative at their respective websites. Below are some of the main report findings in graph form, which I’m including here to make the results easy to visualize. The final graph there also offers up some solutions from the report.

See the results in visual form 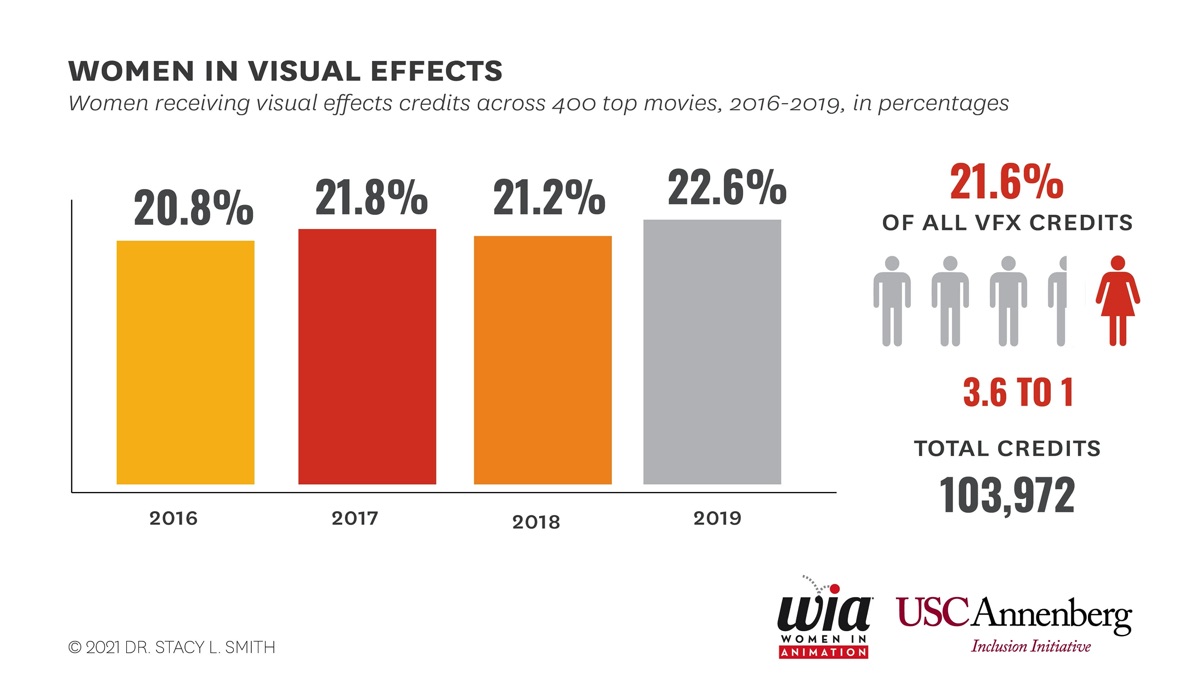 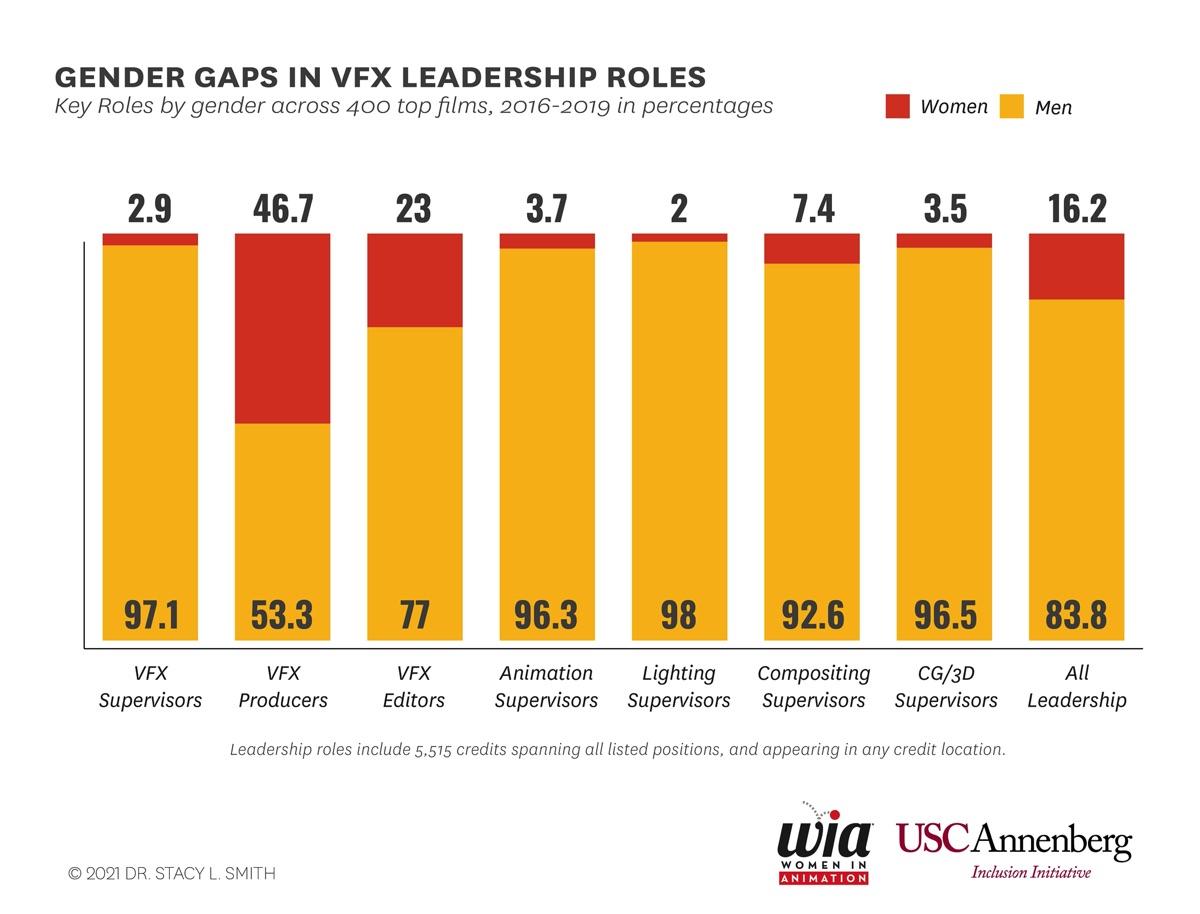 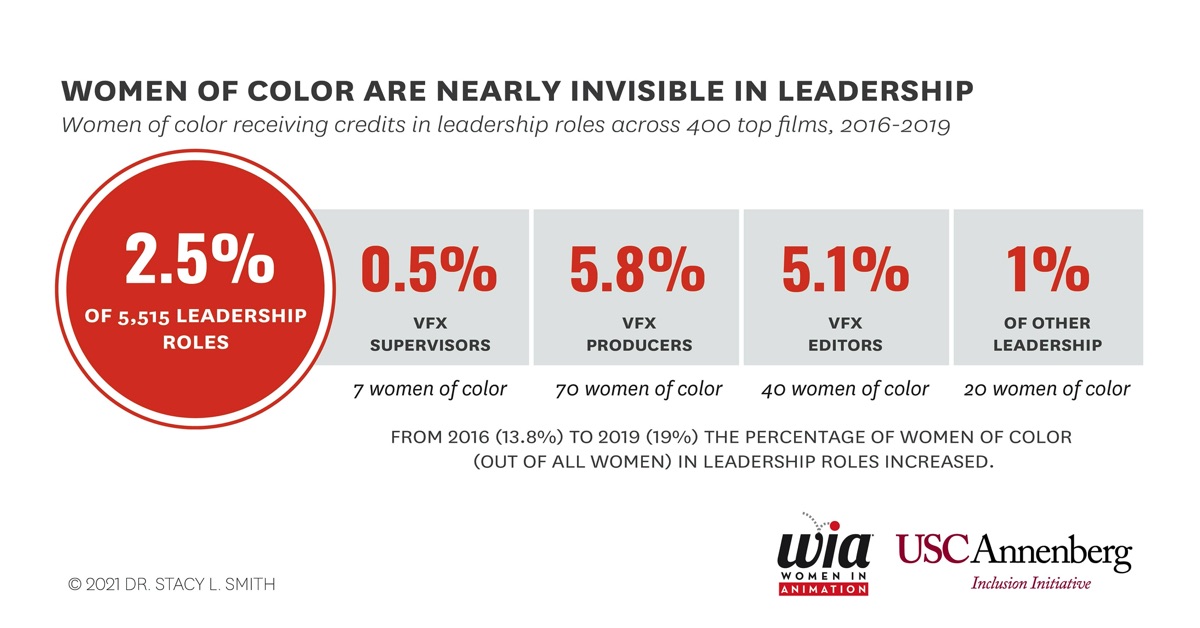 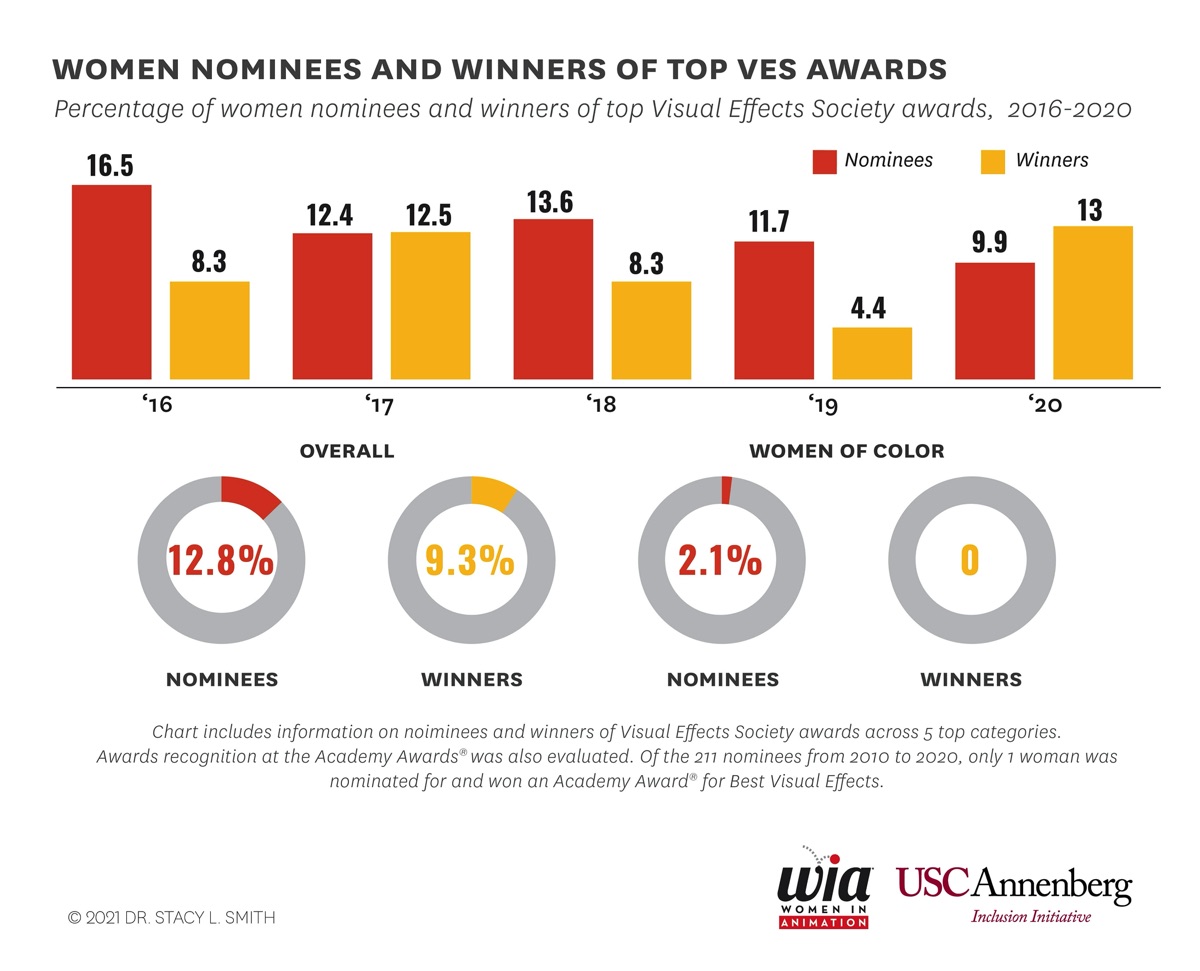 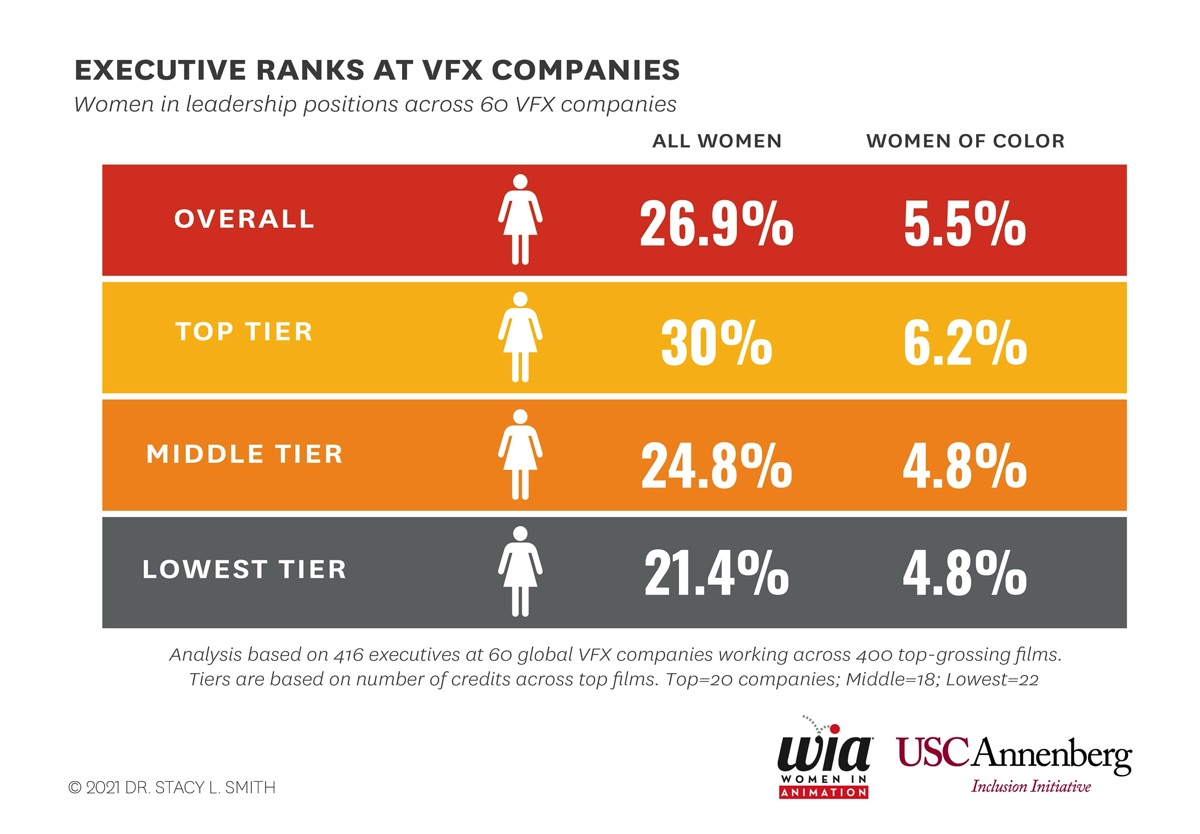 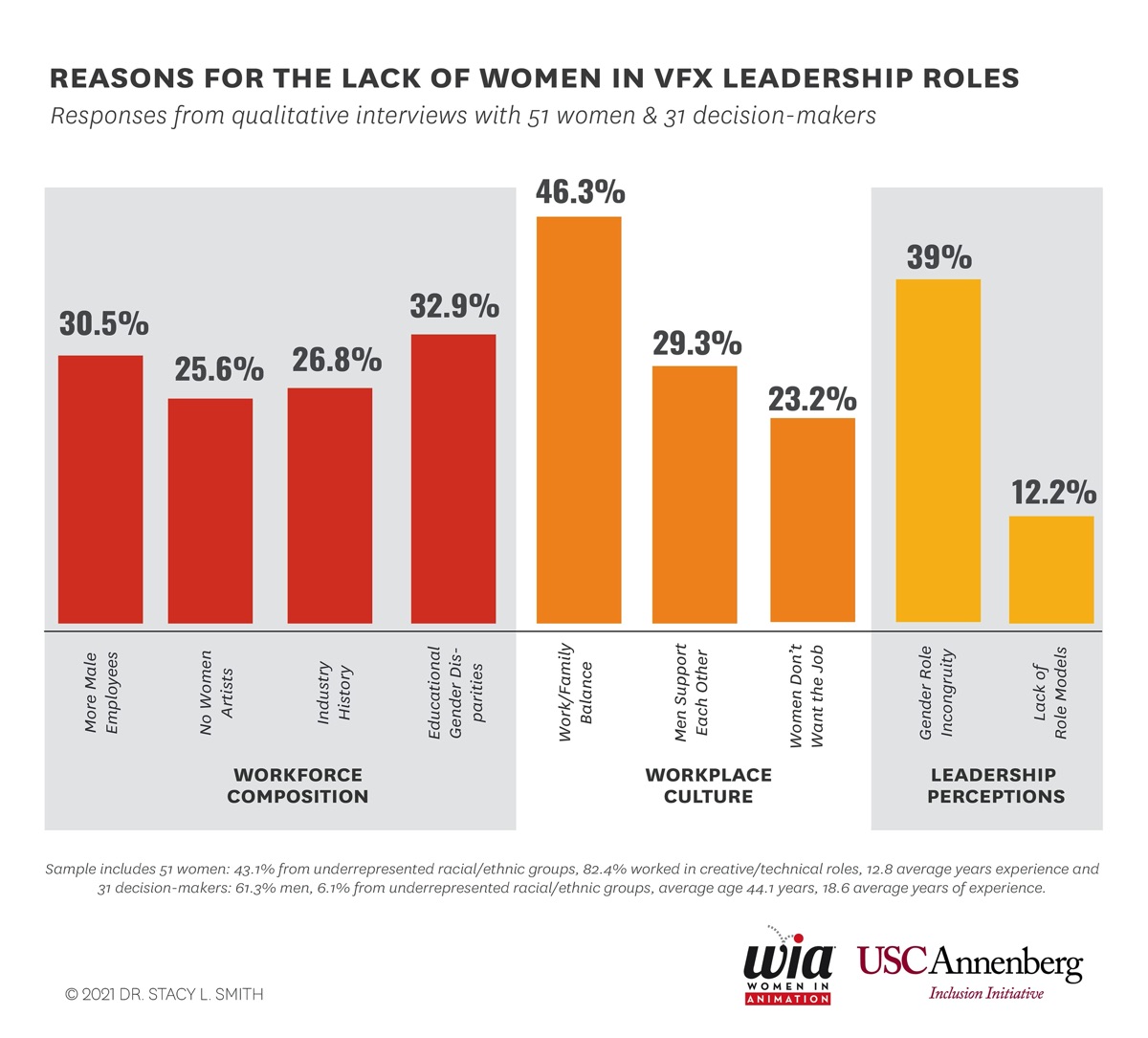 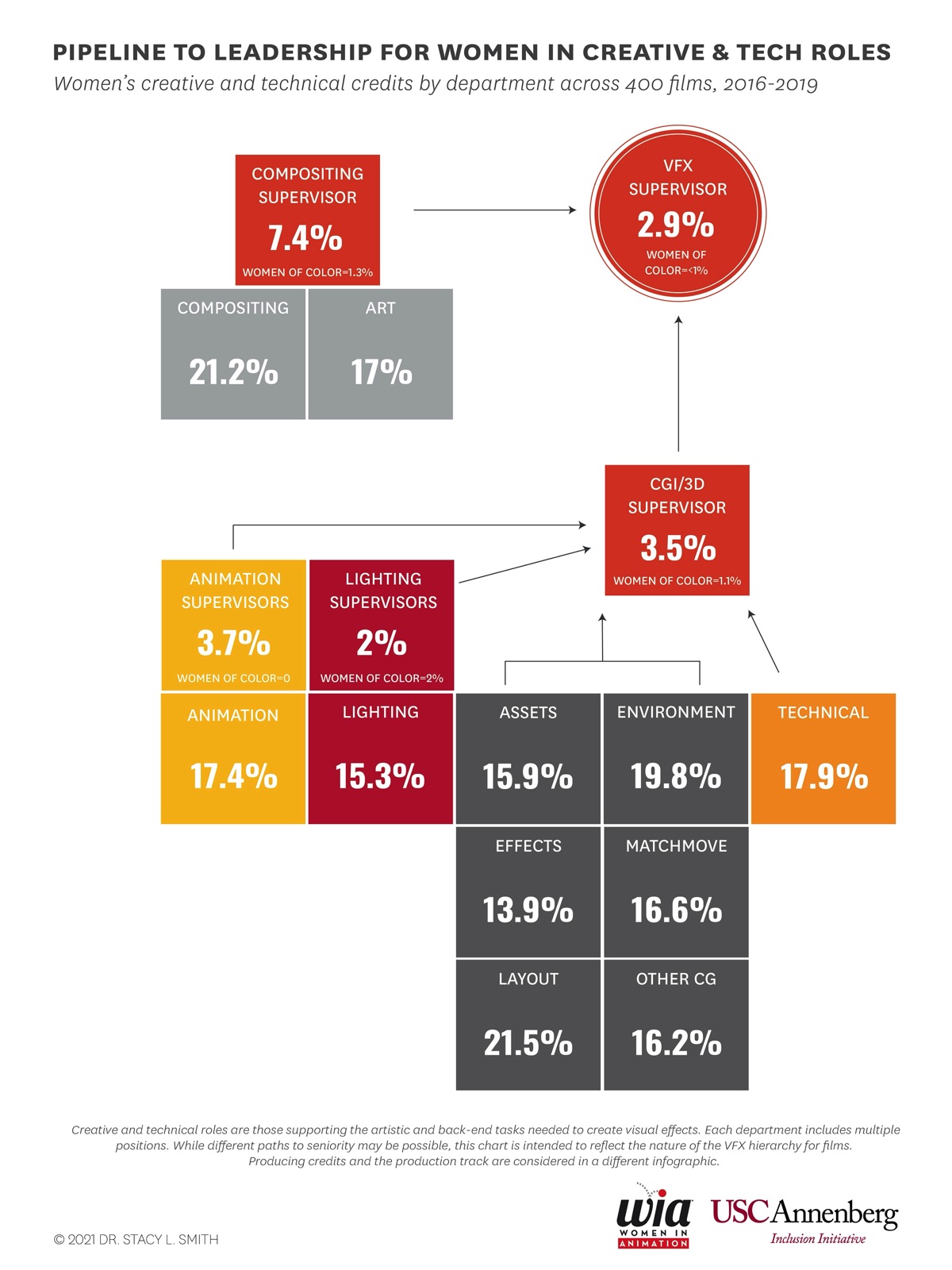 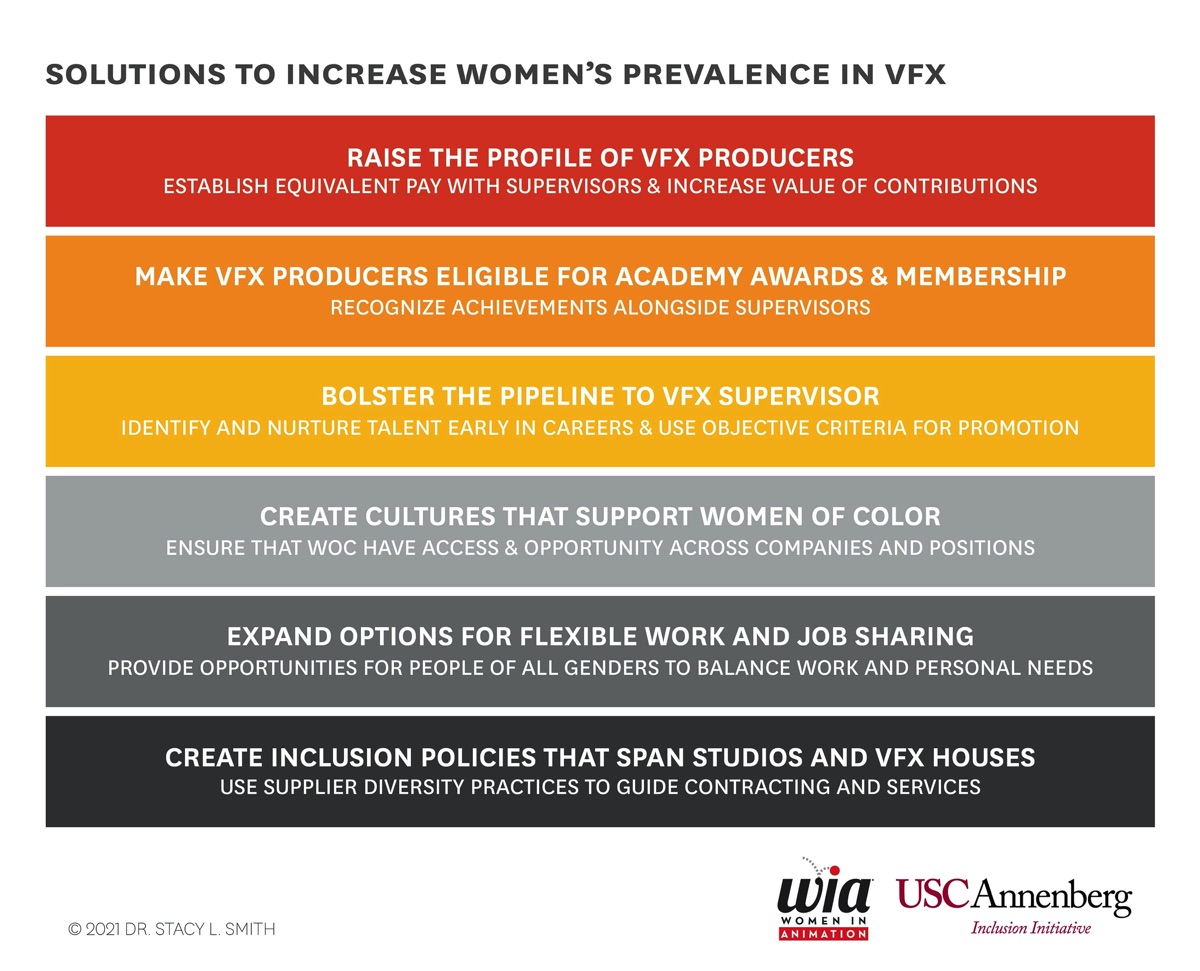