Image and video breakdowns showcase the work by Molecule VFX.

Amazon’s anthology series Modern Love is not, of course, a VFX-centric show. But it does contain a whole bunch of visual effects work that helped to place in the characters in particular real-world, and sometimes not real-world, environments.

Here, Molecule VFX visual effects supervisor Tehmina Beg breaks down the work by the studio for the show, for befores & afters.

b&a: What are some of the examples where Molecule has had to do set extensions and NYC backgrounds recreations in the series? What was filmed on the day, how did you acquire the right background elements, and then proceed to compositing?

Tehmina Beg: In S2 episode 4 “A Life Plan for Two Followed by One”, we did a few rooftop sequences that were shot on a stage with a rooftop set and wrap around greenscreen. The set itself had a 270 degree view, and the creatives wanted it somewhere in Queens/Brooklyn with a view of Manhattan.

I worked with the DP to make sure the lighting was going to make sense for Brooklyn/Queens facing Manhattan – we decided on golden hour for the day scene and the other two would be night scenes. Later in the year, it was decided to make one of the scenes dusk, which was close enough to the night lighting to work. The plate location also changed, so we had to make sure the next spot we found faced the same direction so that the lighting wouldn’t clash.

We found a great spot in Greenpoint Brooklyn and shot 360 plates at golden hour, dusk and night at a location in Greenpoint Brooklyn looking over the east river. They were stitched together and tracked into all the shots. We wanted to ensure that the geography was accurate from scene to scene, but more importantly that the shots were cinematic and looked nice! The very last shot was a crane move which required a little more 2.5D projection work and smoothing of the camera so that it landed perfectly on an end frame of midtown Manhattan.

In episodes 5 and 7 there were some smaller additions to backgrounds such as buildings to make it appear as queens, and quite a few driving comps to simulate driving in Queens and New York. 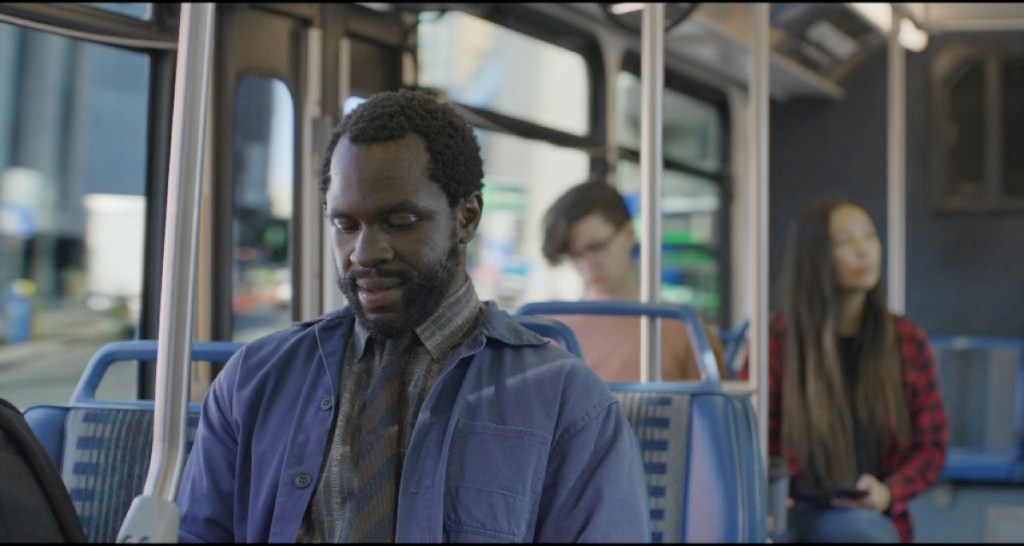 b&a: For “In the Waiting Room of Estranged Spouses”, what was the methodology for shooting the video game sequences, including crafting backdrops? How were the various design elements (UIs, graphics) imagined and executed for the game?

Tehmina Beg: The original ask was to do a full game render including the characters. But we decided it would be far more efficient and visually interesting to place the real actors in this hyper realistic game world, rather than doing full CG animated characters.

We shot them on a 180 greenscreen stage, and due to some last minute constraints, the only set dressing we had was mulch on the ground for actor interaction and some falling leaves! We chose mulch because dirt would ruin the costumes, and sand would be slippery, and there was no time to scenic the forest floor to be camera ready. 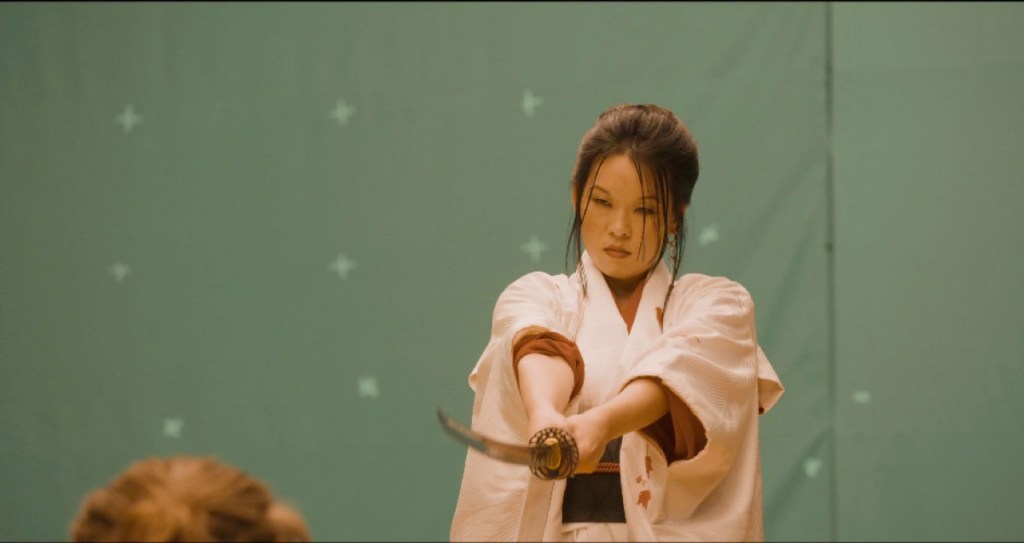 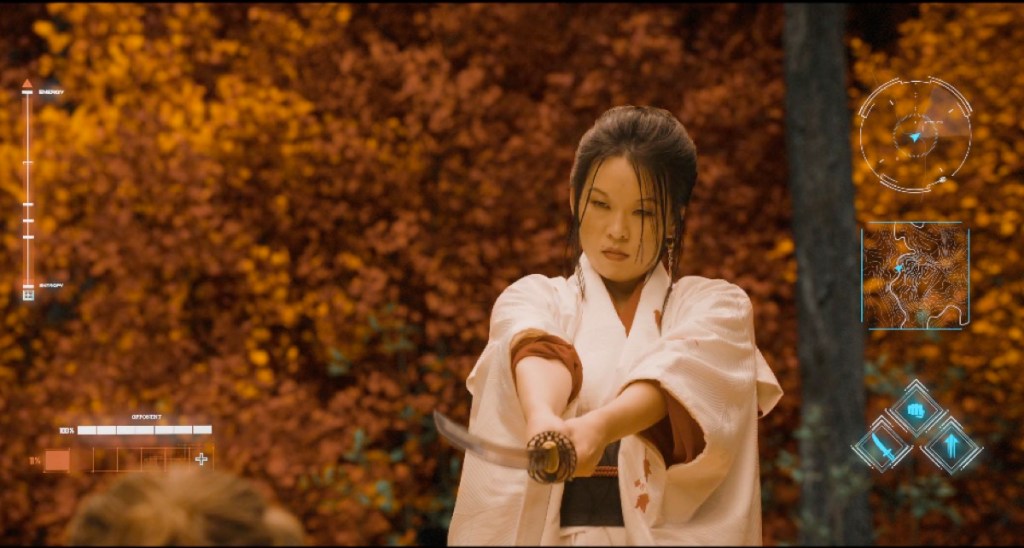 The backdrops I originally designed very quickly for temps in editorial. I probably built another 15 revisions afterwards, but they ended up settling back on that original design. For the UI and render quality, I pulled together reference from games like Assassins Creed and Ghost of Tsushima, and talked it over with the editors on what would tell the story while still making some sense in the gameplay world. Based on the creative conversations, our artists designed something pretty cool and I ended up animating it myself in AE.

b&a: This is definitely a ‘non-VFX’ or invisible visual effects show — what kind of conversations do you have with the show creator/producers/showrunner(s) about how to incorporate VFX for the right storytelling moments?

Tehmina Beg: Much of our conversations had to do with things like seasonal changes like changing fall colors to summer. There were a lot of signs to paint out, and we had a lot of conversations around adding buildings in the background, resizing of buildings, crowd duplication, mask removal etc. Some sequences ended up being shot over the winter break, and we ended up having to remove snow and Christmas lights from the scenes as well as turn a night sky to dawn. We also had an aerial shot that we had to populate with digi-doubles to make it appear crowded, as it was shot during the pandemic and streets were empty. Lots of interesting stuff.