How Ingenuity Studios crafted these very specific VFX for the film.

A pivotal aspect of Tara Miele’s Wander Darkly, her film starring Sienna Miller and Diego Luna, are its transitions between scenes that showcase the memories of Miller’s character after she has had a car accident.

They include, among many others, a transition that moves between a suburban garage to the ocean, a transition involving the light installation at the Los Angeles County Museum of Art, and transitions that deal with the accident itself.

David Lebensfeld: The transitions ideas are woven deeply into the fabric of the film. In most cases, spelled out explicitly in Tara’s script, so early on our conversations about the transitions were largely technical. As the film developed in pre-production, with locations, scheduling, and budgeting coming together, we took a broader view on how to achieve what we were after. Tara was always incredibly clear that the transitions served as a window into the journey that Adrienne (Sienna Miller) was going on, her non-linear recollection of this moment in time of her life. I think they were quite effective in bringing her hazy remembrance to the screen.

The car crash bar was set quite high. Tara wanted to bring the experience of something as wildly as unexpected as a car accident to the viewer in first person. The shot was built with multiple plates. First we start off inside a real car, with the camera in the backseat cruising down the road with Diego driving. Looking at Sienna’s reflection in the side view mirror, we pan off past the passenger’s side seat to the windshield (which was removed), and during this pan, we morph to a different plate, inside a car shooting towards a green screen. 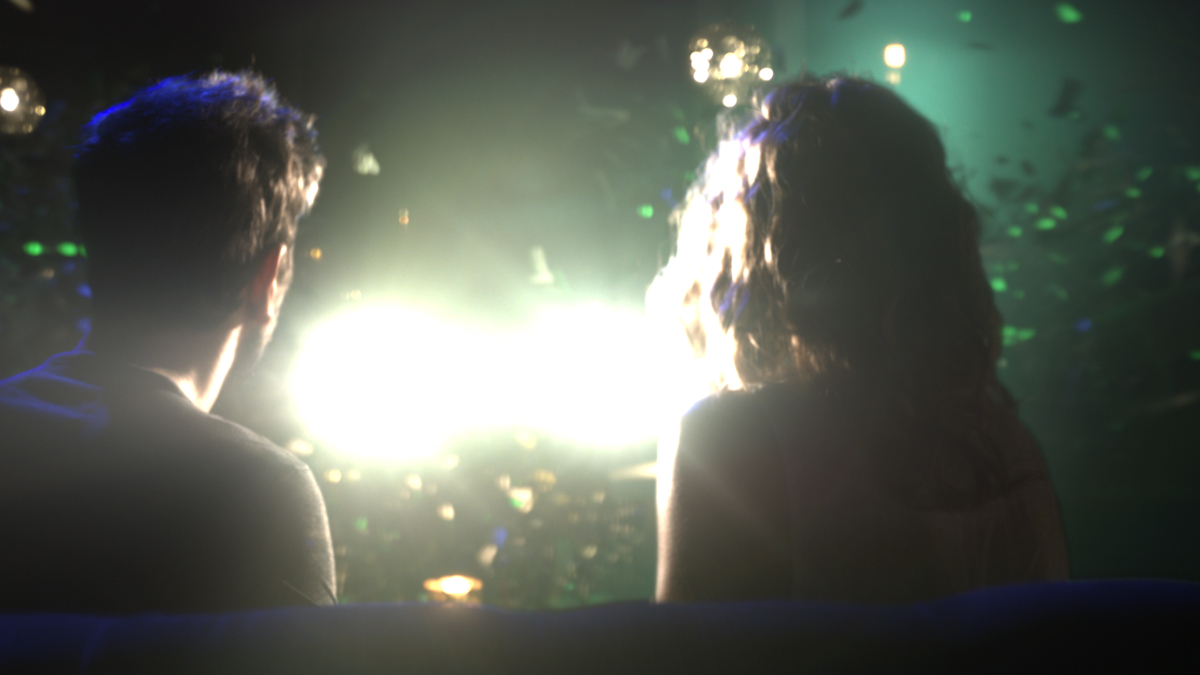 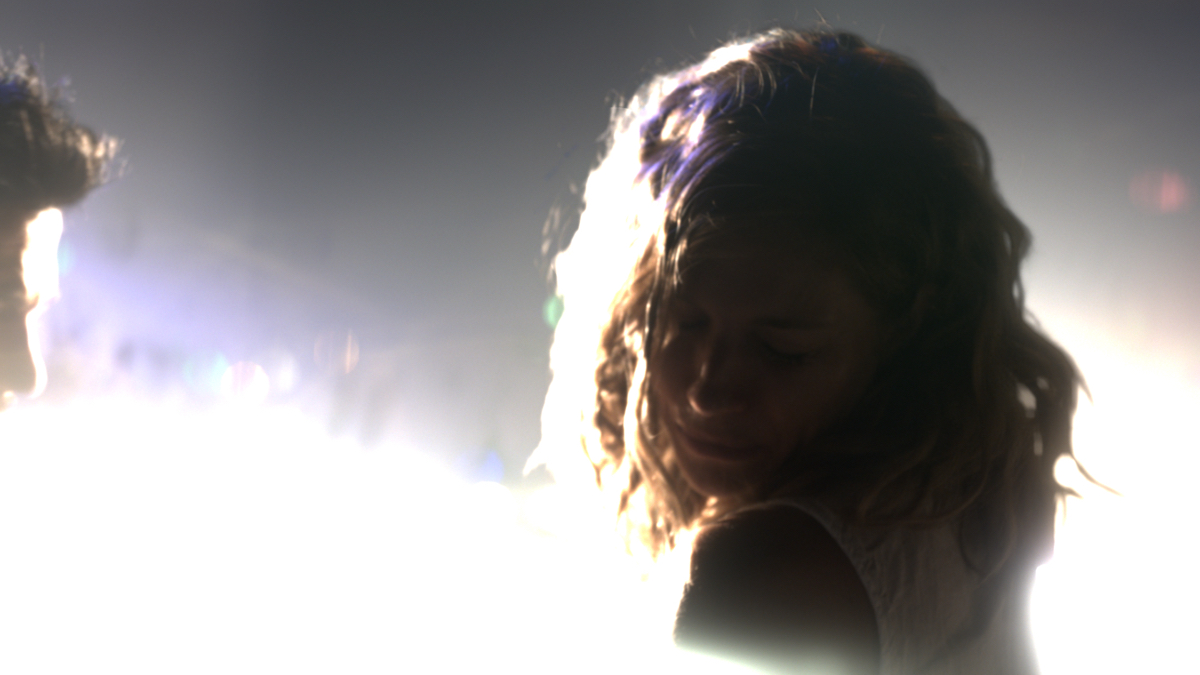 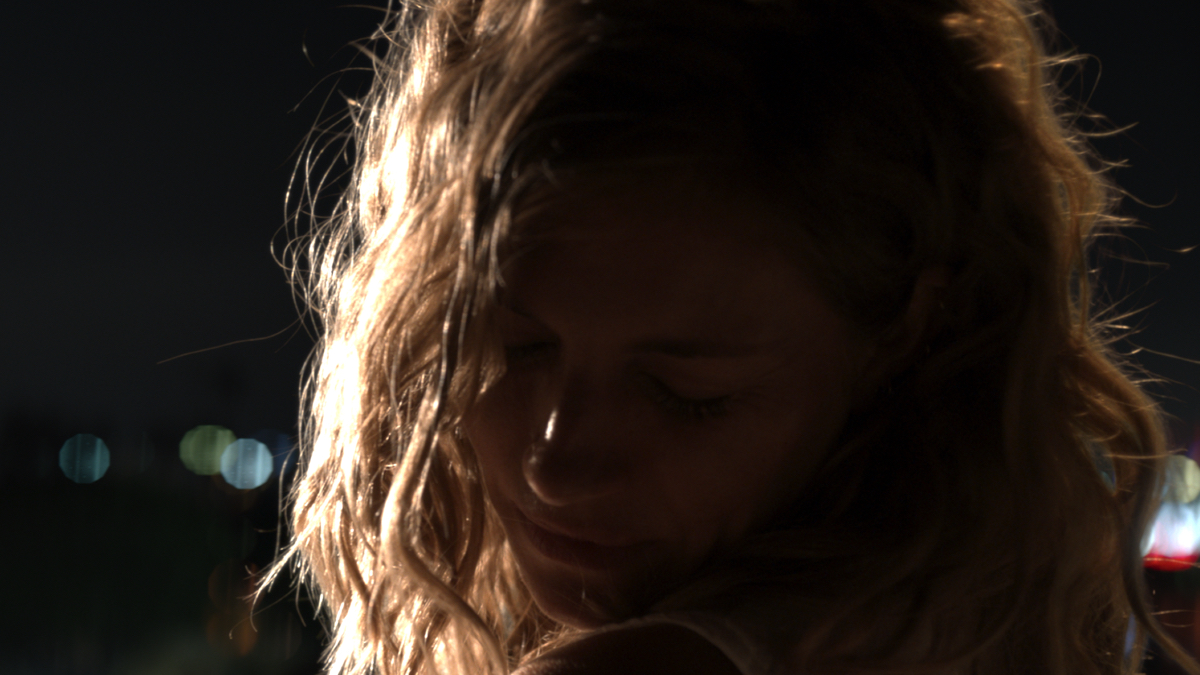 The car was on an airbag rig to simulate the impact of getting hit, it was quite violent, to be honest. For the plate of the impact, we actually had two dummy cars smash into each other on the street location. The camera car had a sawed off roof with the camera rigged to the backseat and strapped in tight. Both the oncoming car and the camera car were rigged up to cables, then pulled by a pickup truck to get up to speed for the crash. Once we got all of these plates into the composite, we added CG glass and dust to create the smashed windshield. Other embellishments went on top such as lighting effects and shake distortions.

Garage and the sea

The garage transition was one of the most difficult transitions of the film to get right. The ingredients going in were pretty simple, but it certainly took a lot of finesse to perfect. We shot at the garage location, looking at the ground we approximated the cadence of the wave coming in, tilting up to whatever was outside the garage. Weeks later, when doing pickups, we shot the boat on the water using the same idea, kind of like a poor-man’s motion control, looking at the water, tilting up to the boat. 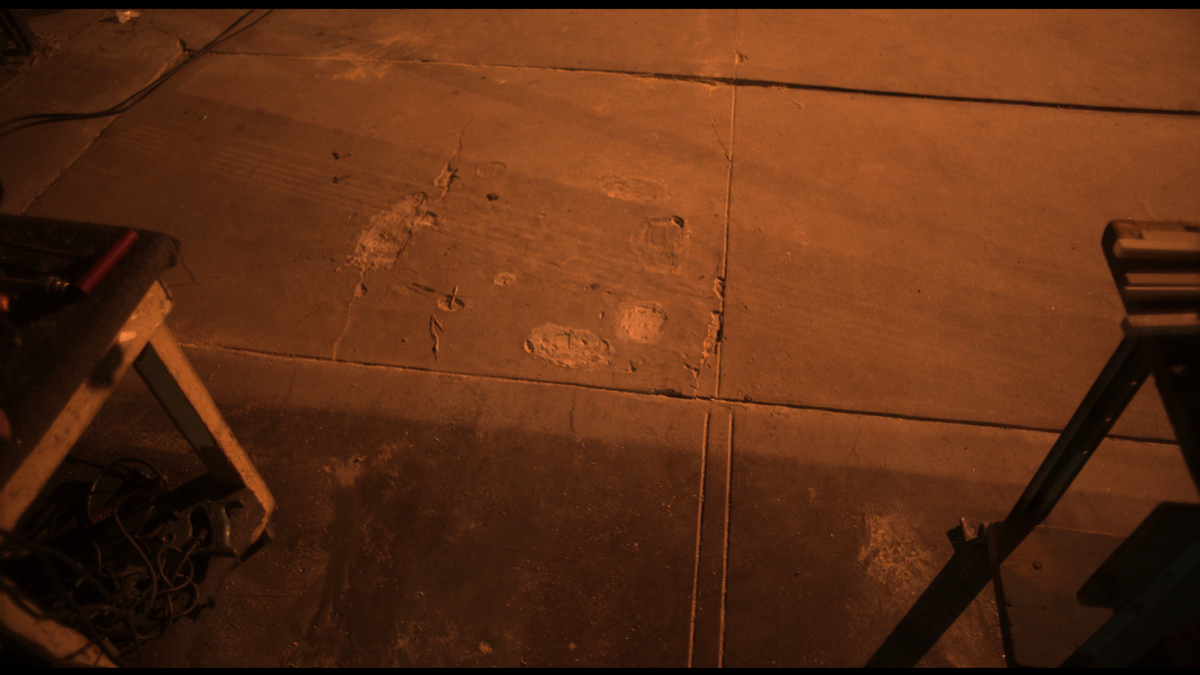 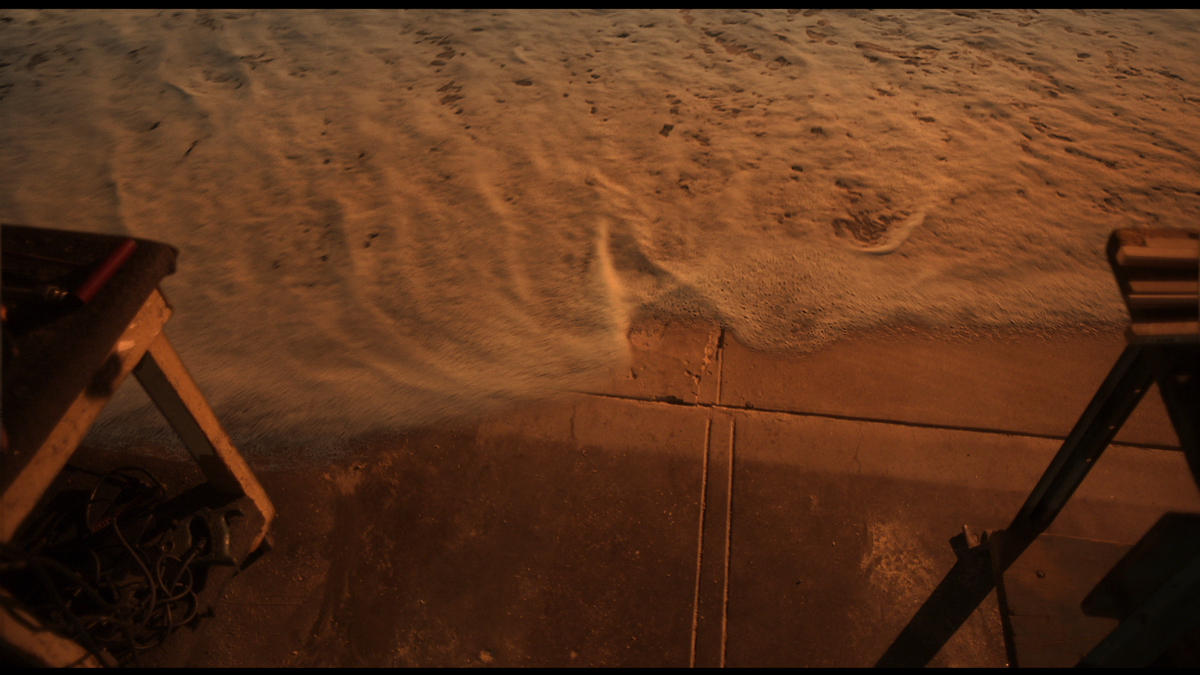 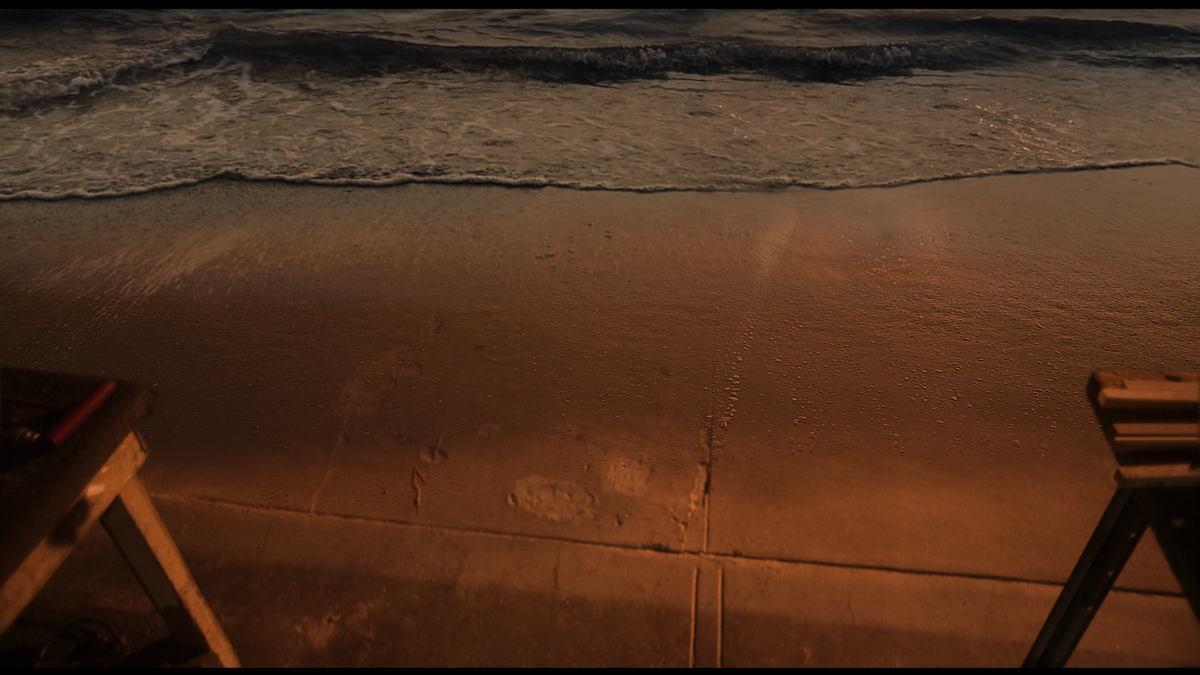 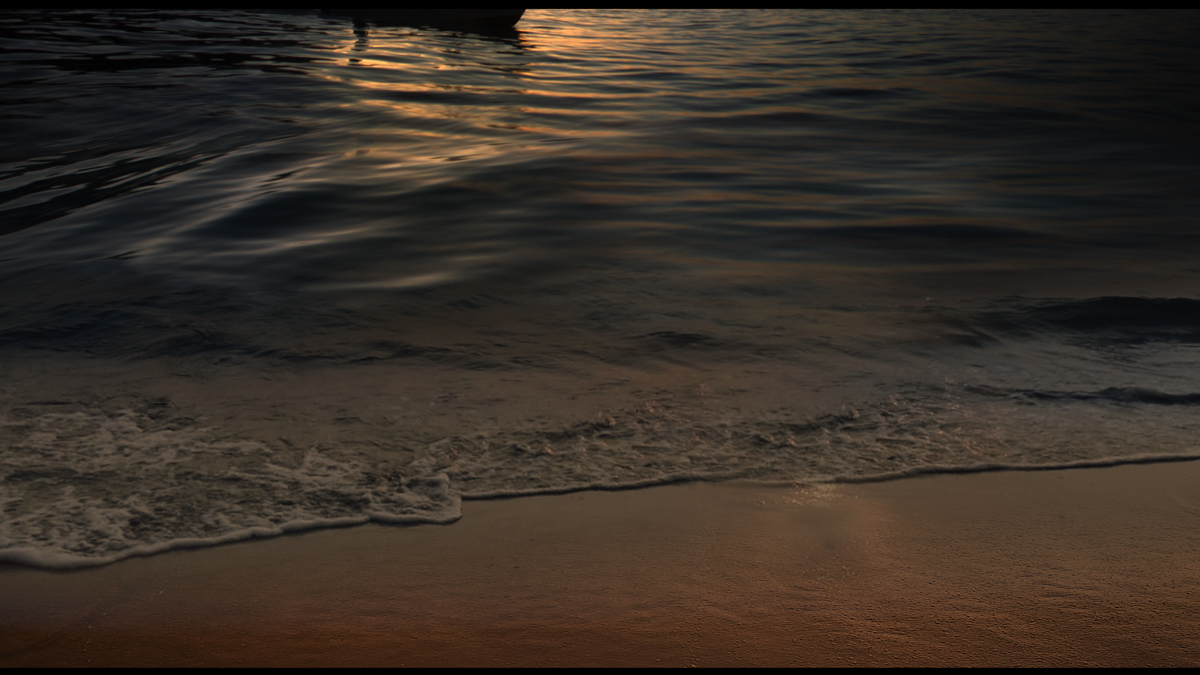 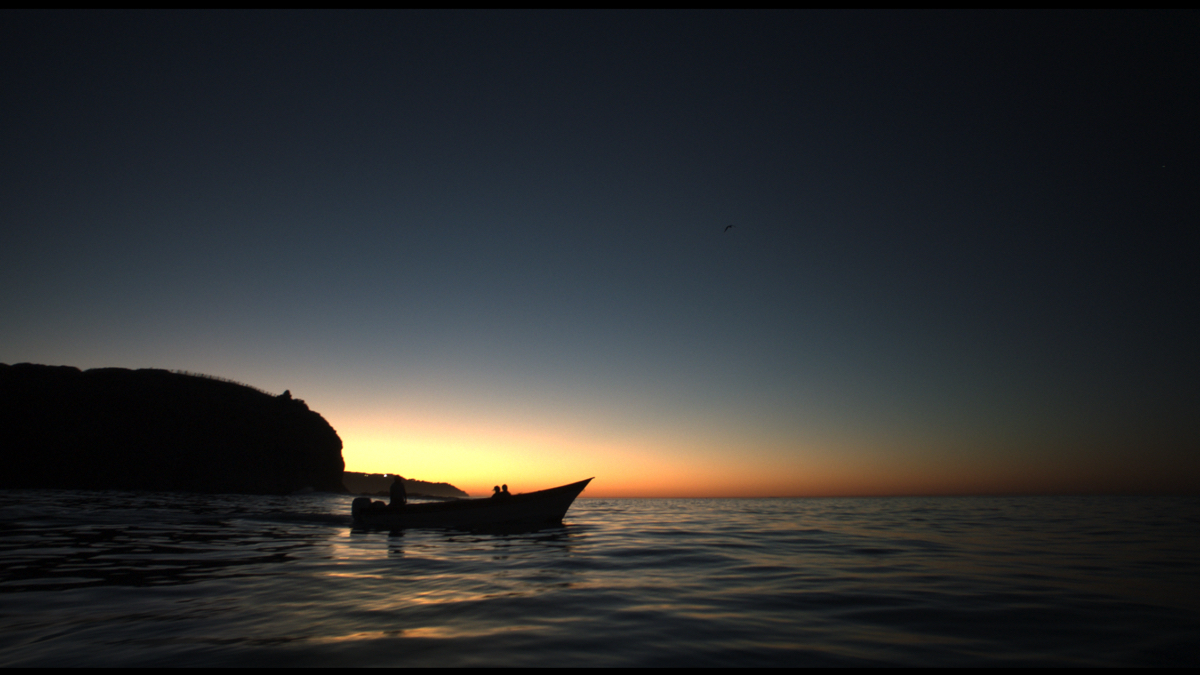 One of the most difficult aspects of the transition was that we were going from a static tilt up, to a boat travelling at about 15mph from left to right. We stabilized the plate of the boat and tilt, reprojected it onto a sphere in Nuke so we could create a new camera that would allow for better control of the transition timing. The boat plate was then retimed, to create a practically static frame for us to do the tilt on, then we ramped into the boat being full motion just as we were coming off the garage as that plate left frame.

The LACMA transition required us to create an off-state for the light at the start of the transition. We couldn’t control the lights themselves at the LACMA location as they were all part of a standing installation. We had shot a similar light with a similar move that we were able to use as an element to help us create the A-side of the transition. The original intent was to actually use that A-plate as the A-side of the transition, but ultimately decided that it would serve better to pull elements from and rebuild an A-side entirely using a single light from the LACMA installation. 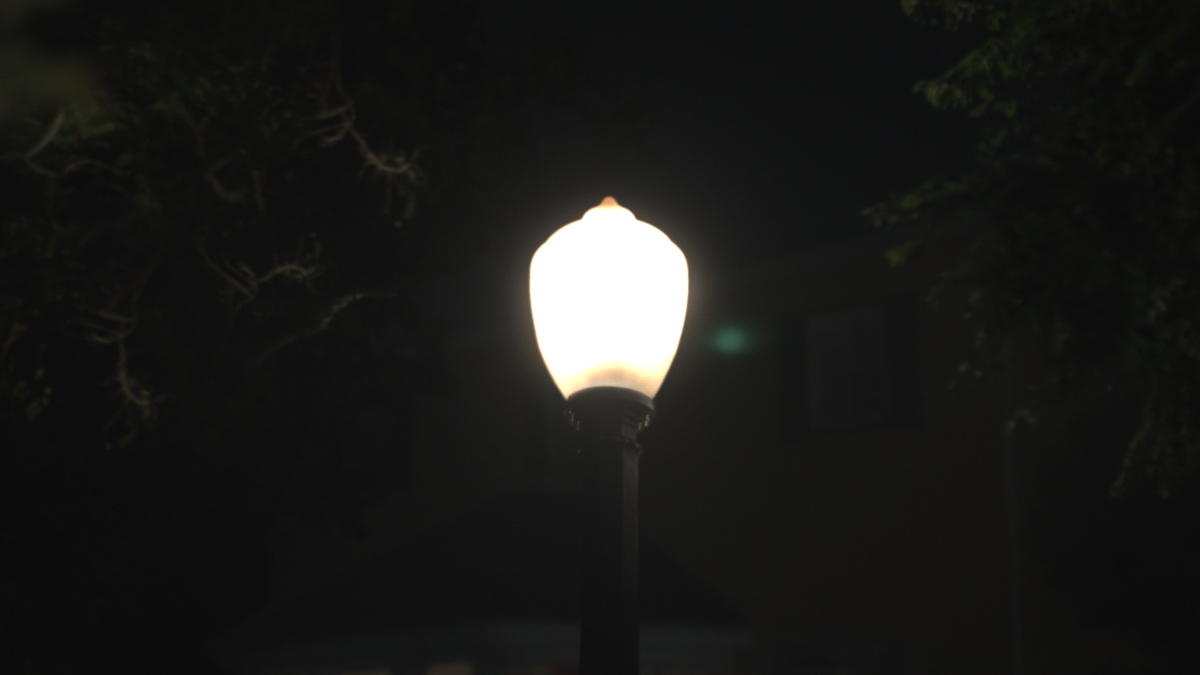 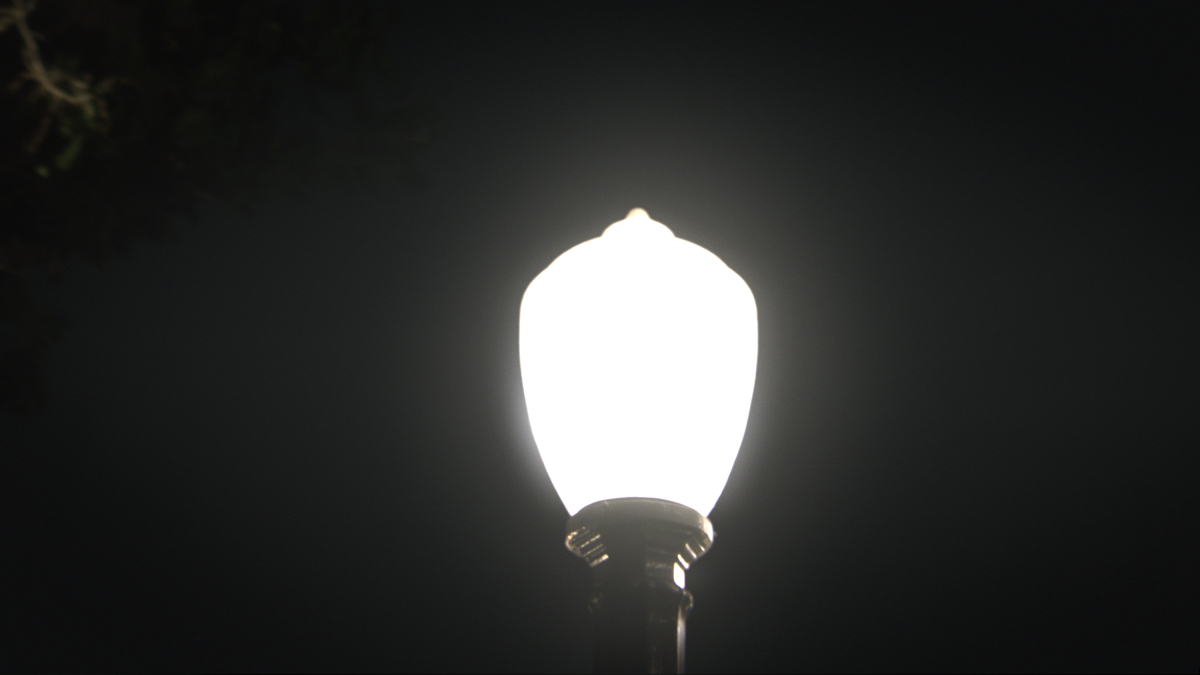 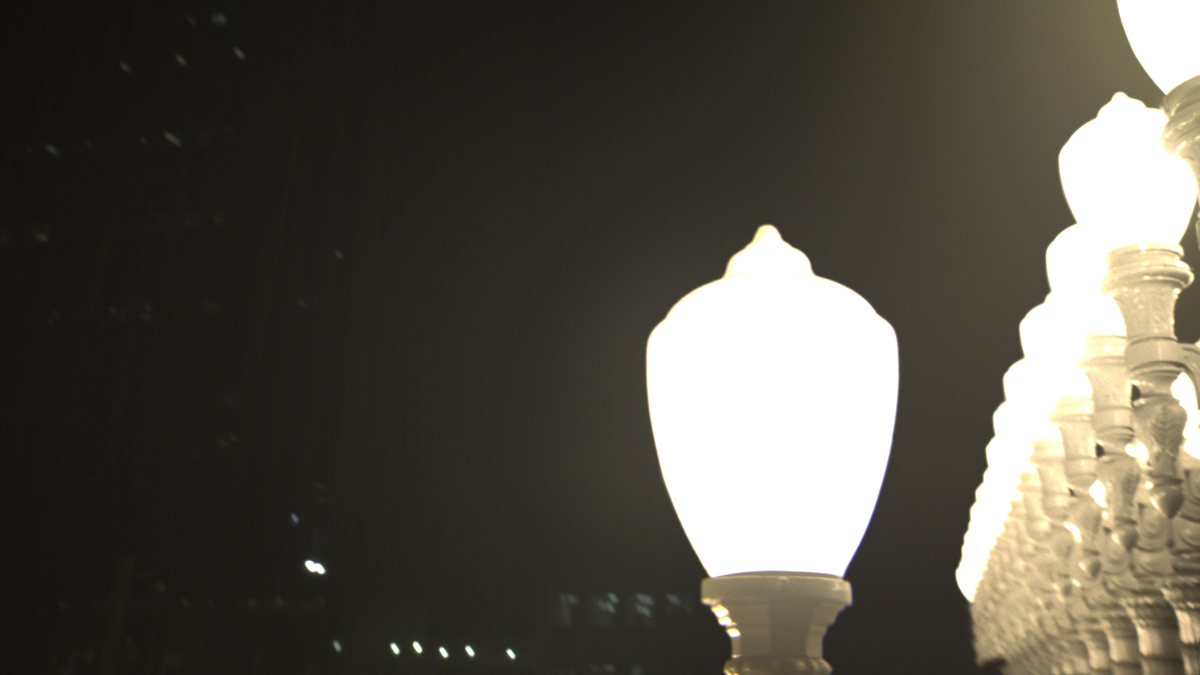 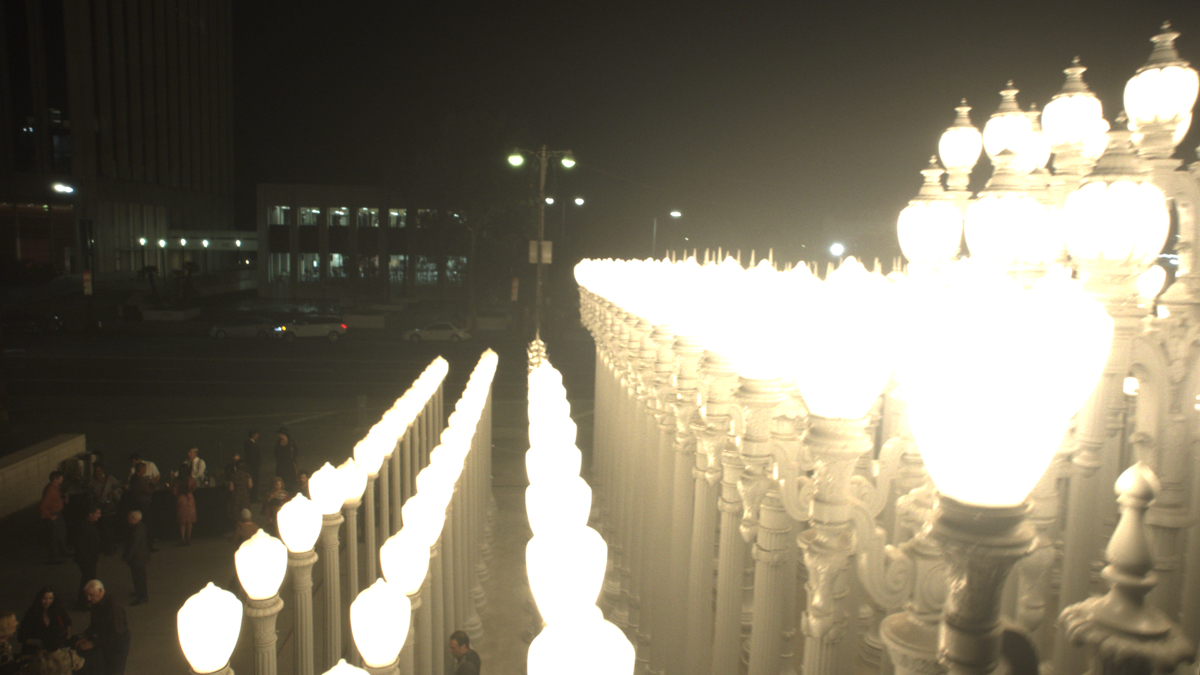 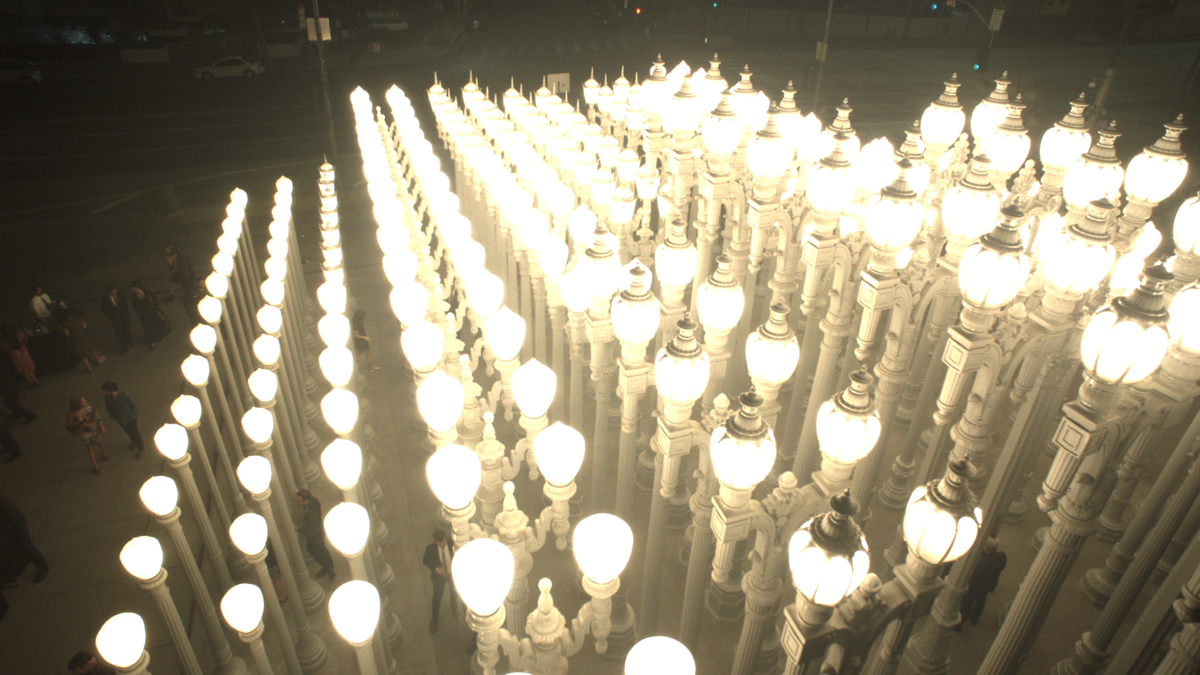 We painted out all of the other lights, and the light pollution from its neighbors. It was a laborious task, but I think it was effective. As we boom up towards the light, we transition between our off-state and on-state to create a flicker. Using some clever masks and some foreground elements, we then fed in the rest of the installation as we boomed past our hero light. This is one of my favorite shots in the film.

For the road transition, we did our best to shoot this handheld move at the same location during the day and night. Like the other shots described, this shot didn’t support a motion control day so we did this all by hand. We built out rough geometry of the scene, using a simple plane as the ground. Matchmoving both shots, we projected it all out and photographed the scene from a new Nuke camera, very similar to what we did for the garage transition. 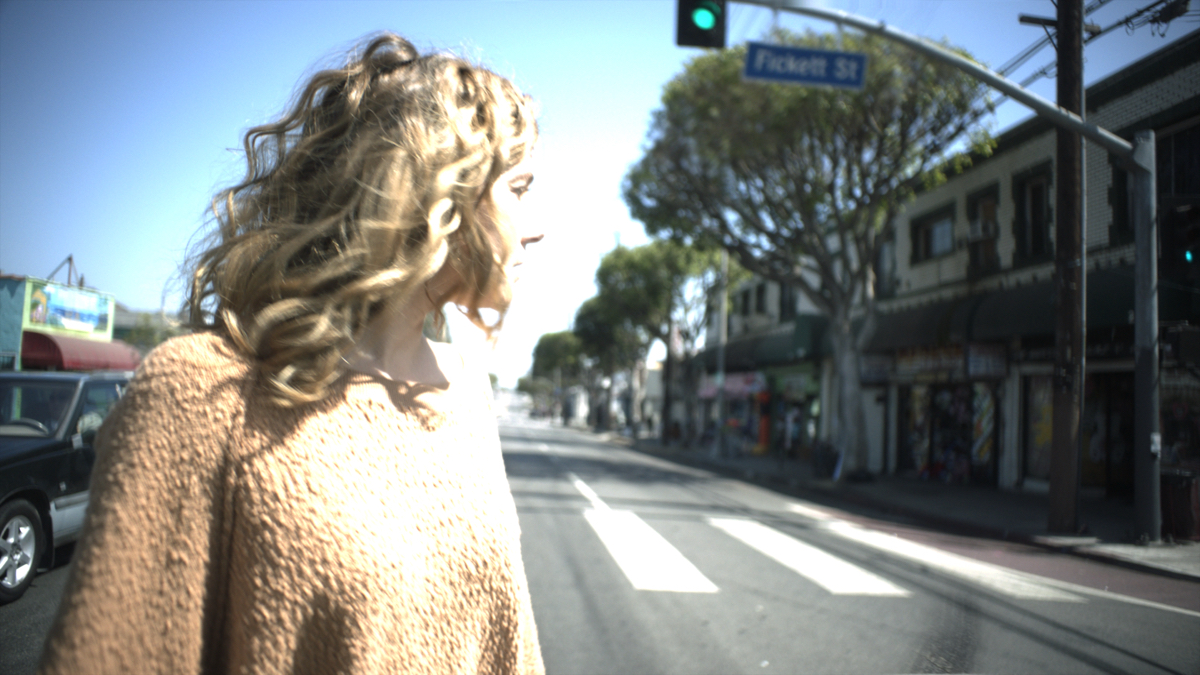 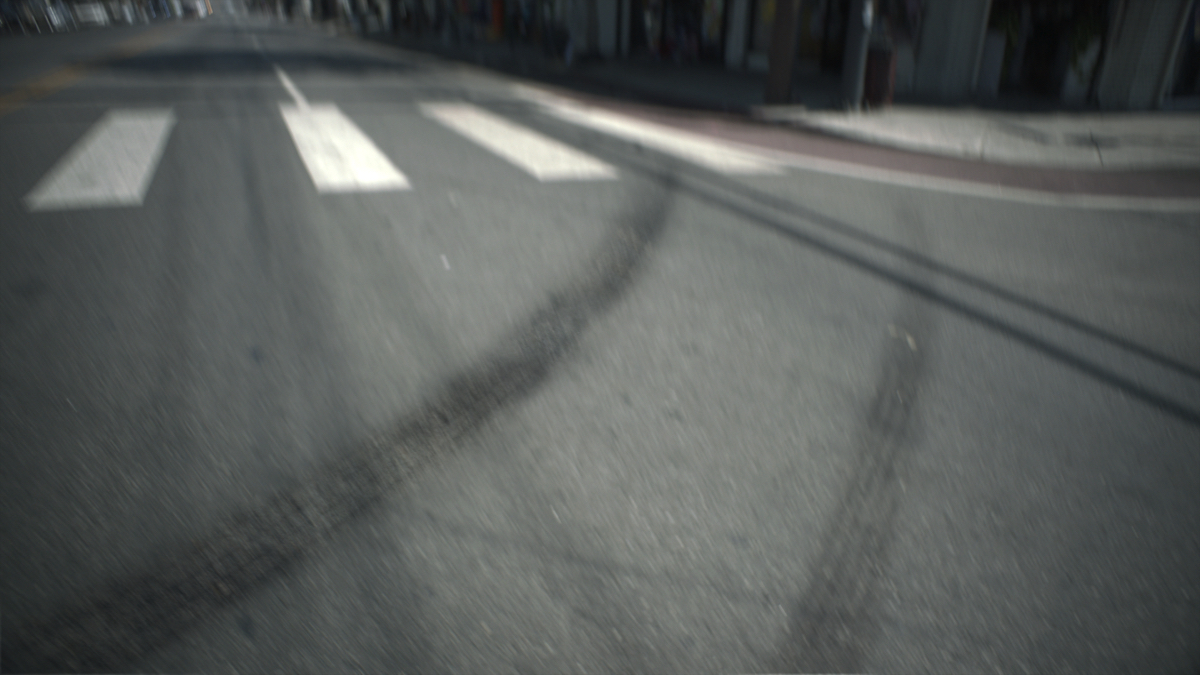 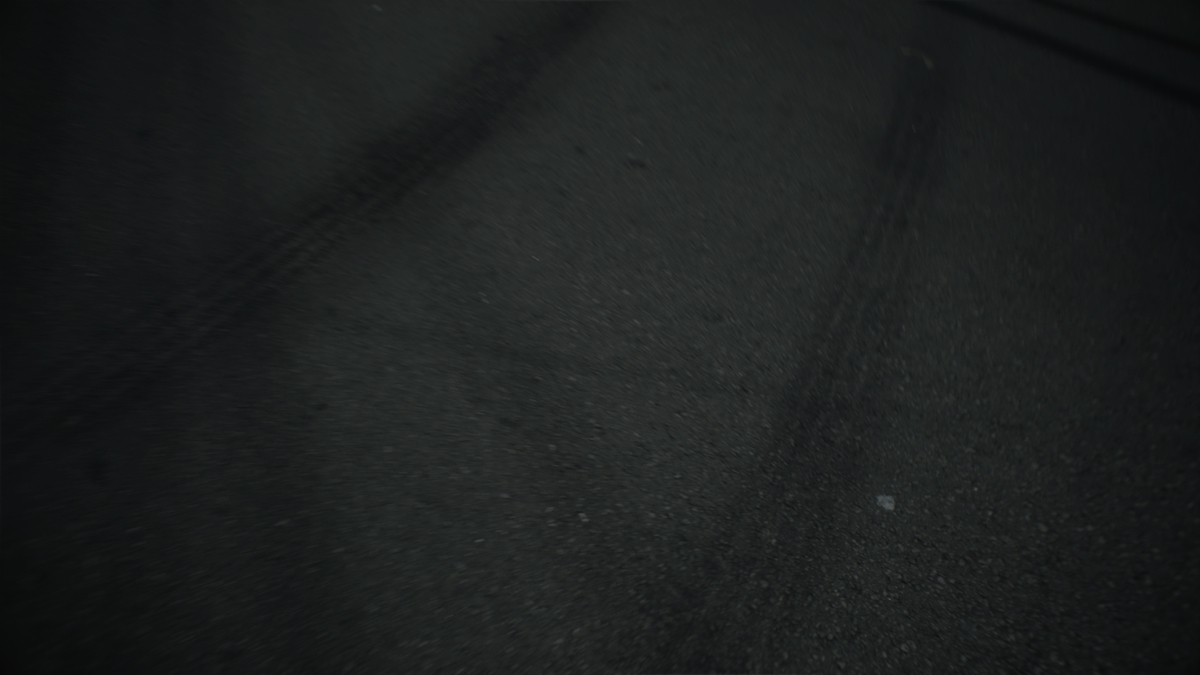 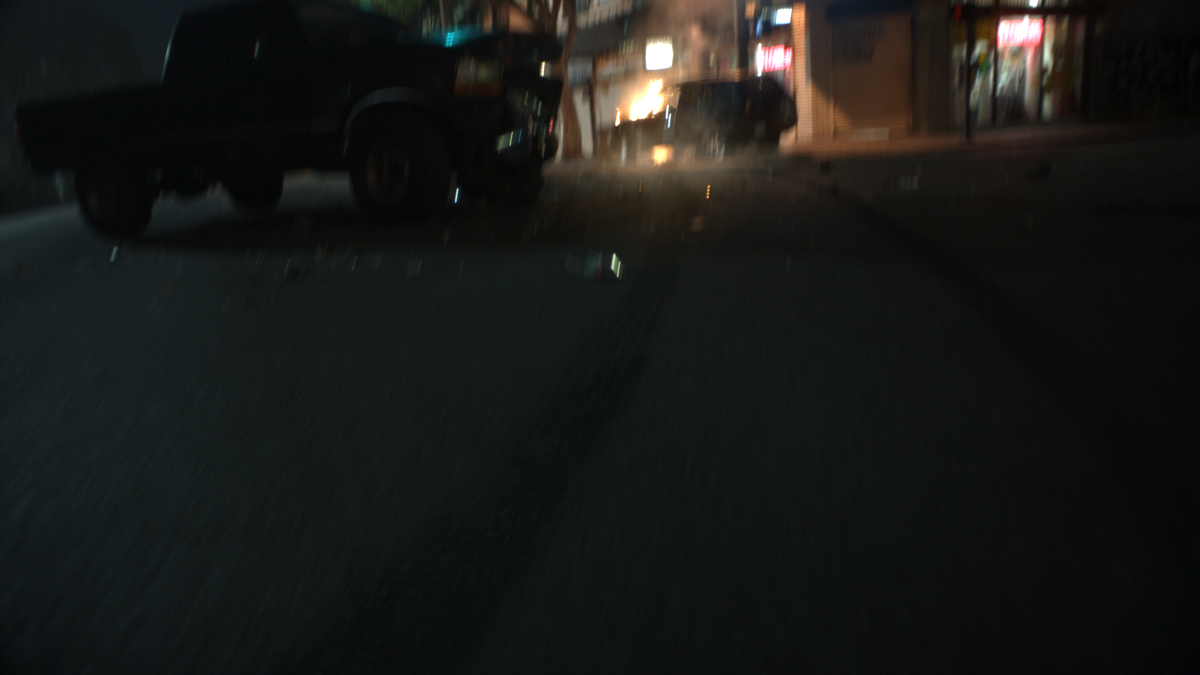 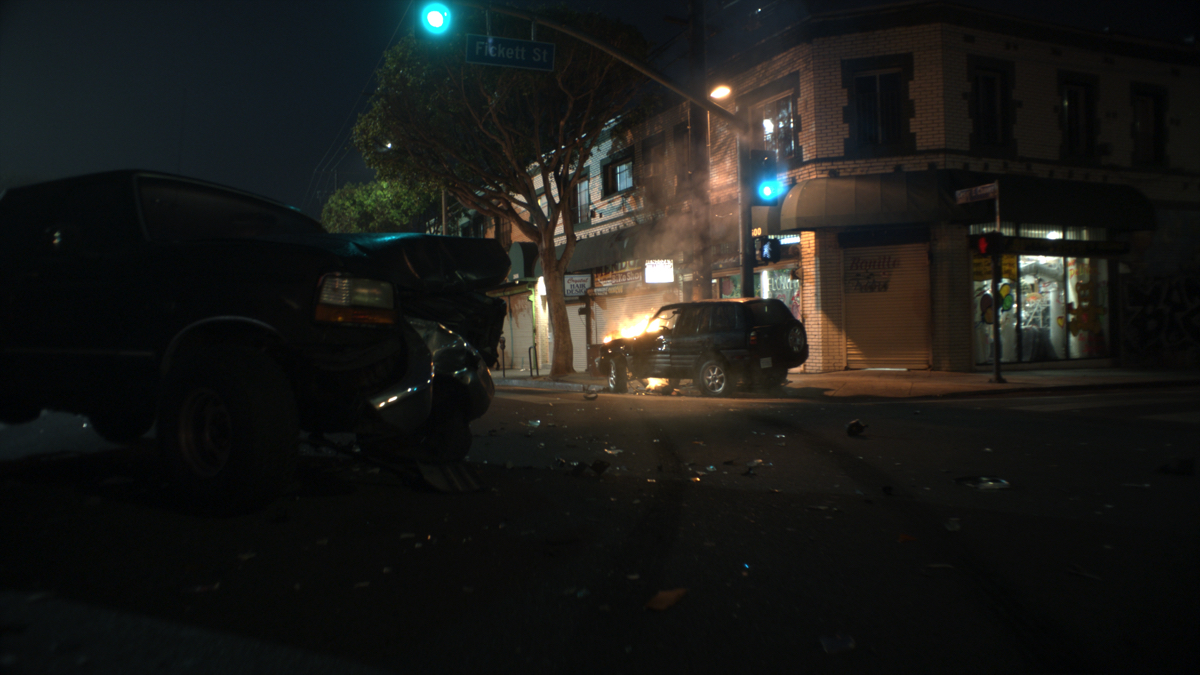 What made this shot uniquely challenging was that the B-side of the transition was physically further back in space than the A-side, this was so we can frame the cars properly on the B-side while starting from what is pretty much Sienna’s POV on the A-side. The tire marks were painted on in post and were used as a focal point to distract from the fact that we were jumping back about 10 feet during the transition. The dip to night is really just a simple but effective fade between the projected plates. Believe it or not, the hardest part of this shot was getting the tire mark textures to look right!